The Corvette Club of Ontario hosted their charity photoshot in Milton, ON

Jamie Krane is president of the Corvette Club of Ontario.

One of his club’s tasks during this pandemic is to come up with events that the members can enjoy while maintaining social distancing.

Following considerable brainstorming, they came up with the idea of assembling one example of each of the eight generations of Corvette for a family portrait. As far as anyone in the club knows, this would be the first time this had been accomplished, anywhere.

True, similar images may have appeared. But to the best of the club’s collective knowledge, they would have been Photoshopped into existence.

Turns out there was one Corvette from each of the generations within the club membership, and they were all red. While Corvette aficionados could tell the difference between the various reds, they all looked to me, well, red. And I’m not colour-blind – l’ve been tested. 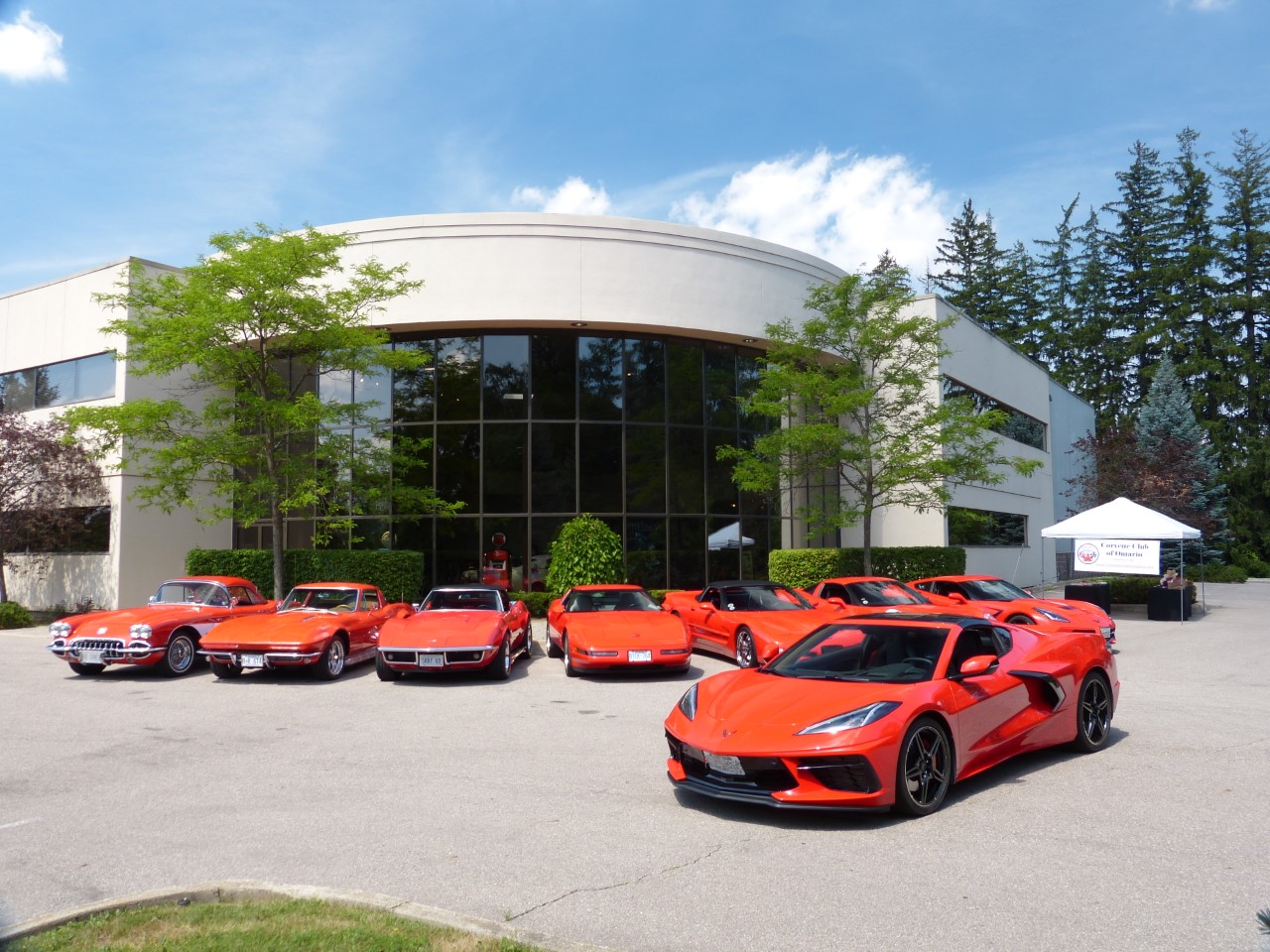 The inspiration was a book “All Corvettes are Red”, by James L. Schefter, which tells the story of the development of the C5 Corvette (model years 1997 – 2004) which almost didn’t happen because of GM’s financial woes at the time.

The location for the shoot was Peter Klutt’s Legendary Motorcar Company in Milton, Ontario which happens to be both Jamie Krane’s and my home town. The original shoot day, July 11, had been rained out. Last Saturday, the weather was beyond perfect. Sunny, if very hot.

Brian Edwards was signed on to do the shooting. He’s not just a photographer and videographer; he’s also a car nut extraordinaire. He arranged the cars in a variety of poses. The plan is to market these images to various people who might like such a souvenir of this historic occasion, and to raise money for the club’s charity works. This year’s beneficiary is The Salvation Army’s food banks.

I’m honoured to have been the only journalist invited to this shoot. I’m delighted to share with you here.