Hendrick Motorsports has been practically unbeatable this season, with its star-studded lineup racking up 10 wins through the first 14 races.

MOORESVILLE, N.C.- Hendrick Motorsports has been practically unbeatable this season, with its star-studded lineup racking up 10 wins through the first 14 races.

Now they’ve got Dale Earnhardt Jr., and the four-car stable has turned into NASCAR’s version of the New York Yankees.

“I guess I should be honoured that I would be compared to the Yankees,” owner Rick Hendrick said Wednesday after announcing Earnhardt had signed a five-year deal to drive for him beginning in 2008.

With two series champions in Jeff Gordon and Jimmie Johnson, and a rising star in Casey Mears, adding NASCAR’s most popular driver to the mix has given Hendrick a Murderer’s Row on wheels.

It’s three of the sport’s biggest stars on the same team, but Hendrick said he’s not worried about managing all the egos.

“They are going to have to beat him anyway, no matter if he’s with our team or somewhere else. On the racetrack, it’s kind of everybody for themselves.”

Earnhardt will replace Kyle Busch in the Hendrick stable, which is already stacked with Gordon, a four-time series champion who leads all active drivers with 79 career victories, and Johnson, the defending Nextel Cup champion.

Earnhardt is ecstatic about the partnership, and was practically giddy as he introduced Hendrick as his new boss. He beamed as he discussed his new opportunities, and wanted to pump his fist with excitement â€“ but sister Kelley Earnhardt Elledge had warned him it might seem cheesy.

“I am happy, happy, happy,” he said. “I felt like I was homeless. I was confused. It was a real hard time. I just wanted so bad to have a decision made and know what I was doing.

“I always kind of dreamed about driving for Rick. He’s just a good guy.”

Hendrick hasn’t decided which car Earnhardt will drive â€“ it could be the No. 5, the No. 25, or he could make a play to get Earnhardt’s No. 8 away from DEI â€“ and he’s not sure who the sponsor will be. Although Budweiser has been with Earnhardt since 1999, Hendrick has four primary sponsors locked up through next season and isn’t planning to break any contracts.

It’s a blockbuster of a deal that ends five weeks of speculation following Earnhardt’s May 10 announcement that he would leave his late father’s company at the end of the season.

In choosing to sign with Hendrick, he could have found the partnership that helps Earnhardt finally win the championship that has eluded him during his Nextel Cup career.

More importantly, it could help fill an aching void that both have lived with since tragic accidents killed Earnhardt’s famous father and four members of Hendrick’s family, including his only son.

“I don’t want to take his father’s place, but I think we offer something that both of us are missing,” Hendrick said. “It’s not that he’s looking for me to be his dad, or I’m looking for him to be my son.

“We have a common bond that we both lost somebody … so there’s something there.”

That bond played a large part in Earnhardt’s decision to choose Hendrick Motorsports over all the other suitors he had in the frenzied five-week push to sign NASCAR’s most popular driver.

He could have chosen Richard Childress, who fielded cars for six of the late Dale Earnhardt’s seven championships. Or he could have gone with Joe Gibbs, who as coach of his beloved Washington Redskins left Junior awe-struck during their meetings.

But as he fretted over his decision, constantly weighing the pros and cons of each offer, Hendrick always stood above the others.

The two have known each other since Junior was a little boy, and his Daddy gave Hendrick his first NASCAR win in a 1983 Busch Series race. He was close to Hendrick’s son, Ricky, before he and nine others were killed in a 2004 plane crash, and he’d seen how Hendrick treats his employees the same way he treats his family.

He watched as Hendrick allowed his maternal grandfather, Robert Gee, to continue working at HMS long after he was physically able. And in the six years since the elder Earnhardt’s fatal accident at the Daytona 500, Hendrick has continuously offered Junior the kind of career advice he would have gone to his own father for.

When he turned to Hendrick following his May 10 decision to leave DEI, it just felt right. DEI officials did not immediately respond to a phone call for comment.

“I’ve had such a great relationship with Rick over the years, “ Earnhardt said. “The things he does for people … I don’t deny that Joe and Richard are the same, but I’ve known Rick. I know how he treated my granddaddy when he was ill. He employed Robert years past his ability to be a competent worker. That was really important to me.

“I already felt close to him as a friend before he even talked to me about driving for him. It wasn’t a really hard decision to go to drive for him.”

It wasn’t so easy to break the news to the other owners.

Earnhardt was the most sought-after free agent in NASCAR history, and embarked on a recruiting tour like nothing the sport had ever seen. He went on shop visits â€“ often after hours, so the employees wouldn’t see him â€“ and flew on the Redskins’ plane to meet with Gibbs.

After seven-plus seasons at DEI, he was exploring the industry for the first time in his career.

“Richard and I have known each other all my life, and he has been incredible to me. Joe was my hero as a child … for me to sit down in front of him and talk to him about going to work for him, that experience was overwhelming and exciting,” Earnhardt said.

“Once I made up my mind to go where I wanted to go, this big hurt set in on how I was going to express that to those guys.” 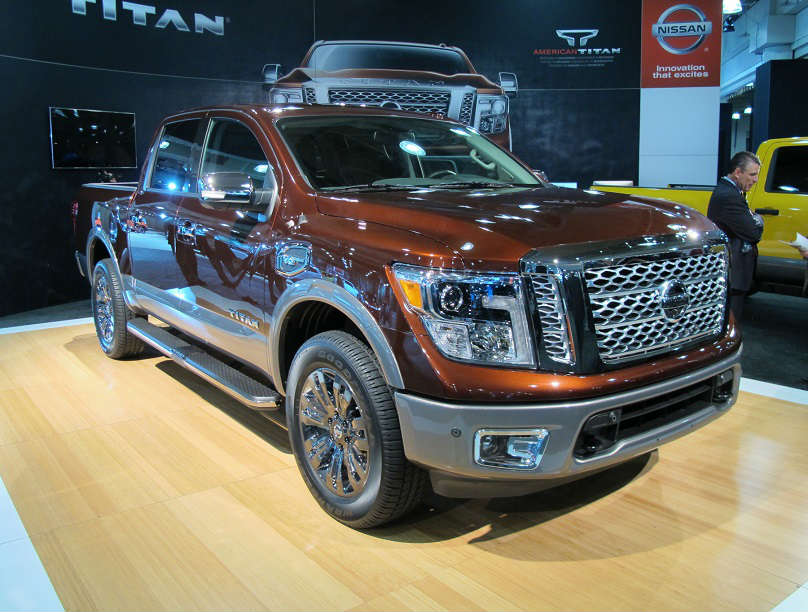 ‘Warrior Concept’ a bold take on the Titan XD