Driving Home for Christmas – but somebody will be missing

Gordon Lightfoot, who I wrote about a few weeks ago, once had a lyric: “The circle is small.” Mine got smaller this year, but more about that in a moment. Meantime, I have to tell you about some of my friends – people I take the time to think about at this time of year.

Once upon a time, I had five really close friends. Two of them – Dave Getz and Roger Stanion – are past tense now but I have a picture of the three of us in my office that I look at from time to time. We’re at a cottage, sitting at a picnic table. There are several 1960s-era cars in the background. The top of the picnic table is covered with empty beer bottles. Stubbies. I hope we had a good time.

Now I am down to three friends – distinct from the many acquaintances and casual friends I am lucky to have. I can’t identify the first one by name, because what I will tell you about him is embarrassing. Then there is Barry, and he worked in mental health for the province of British Columbia before retiring to a house in the hills above Penticton, B.C. I have a form letter I keep sending him, asking if he’s OK because of the a) fires, or b) floods. He’s been fine on both counts – so far. You worry about the winter that’s coming, though.

Then there’s Peter, who has money coming out of his ears and would be travelling the world to visit his daughters and their families except, like most of us, he’s had to stay home. In his case, he’s hunkered down in the Laurentians north of Montreal because of COVID-19. He has about 100 acres full of maple trees, so although he can’t go anywhere, he makes maple syrup to keep from going bonkers and that makes him even more money. We should all be so lucky.

Then there is the friend I can’t name. This is because he was very successful in media, made a lot of money, was single for a lot of years, married a much younger woman and didn’t have a prenup. He did something stupid – men are like that – and she divorced him. She took him to the cleaners and when I say the cleaners, I mean the cleaners. Today he is driving a school bus, which is funny when you think about it but not so funny if you’re him.

Top to toe in tailbacks,
Oh, I got red lights all around;
But soon there'll be a freeway, yeah –
Get my feet on holy ground . . .

In recent weeks, people were ready to have a happy holiday and to travel to warm places like Florida or Arizona. Then another COVID-19 variant came along and everybody is now in a tizzy. I don’t want to get serious, but I will tell you how to beat this thing: everybody – and I mean everybody – has to be vaccinated. The government has to make it the law. With everybody vaccinated, there would be nobody left to infect and COVID-19 itself, would die off. Until that happens, stay two metres apart, wear a mask and wash your hands frequently. Stay in your bubble on Christmas Day. You’ll be fine.

My sister, Barbara Jeanne McDonald, of Stellarton, Pictou County, N.S., got her first shot early this year. She never had a chance to get a second. She fell suddenly, violently ill and died in April. I was – and remain – crushed. 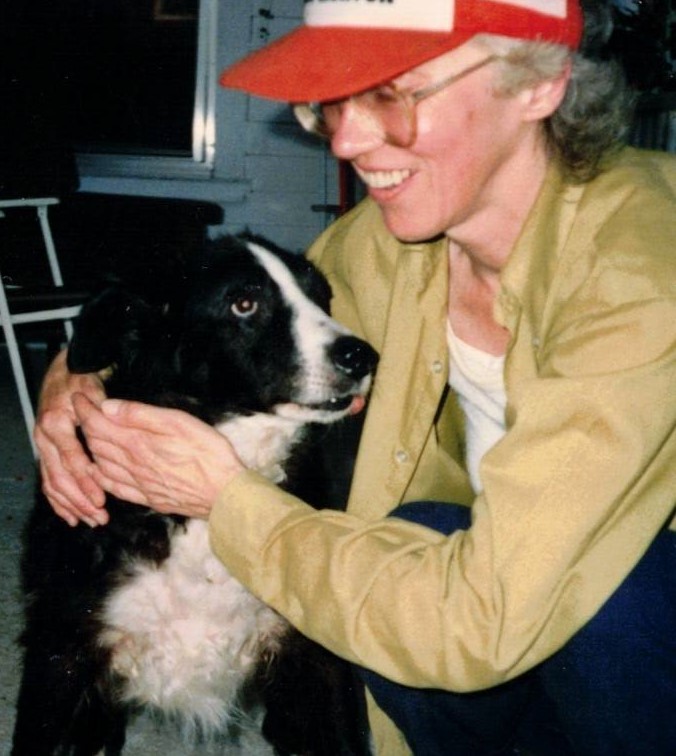 Until a few years ago, Jeanne worked a farm in the East River Valley, where she taught young children. She also took in unwanted livestock. My late uncle, Dale MacDonald, called her place the “Funny Farm” because of animals like “Hoppity” who couldn’t move its hind legs. She rigged up a golf cart-type harness to let the lamb pull itself around the barnyard, but it would frequently fall over. Two children from the school were assigned each day to keep an eye on her and the cry “Hoppity down!” “Hoppity down!” resulted in the rest of the students running outside to help her get back up on her front feet and rear wheels again.

One time, Jeanne was in Halifax and walked into a mall that had a petting zoo. Children were buying “food,” which was really candy, to give to a baby goat. My sister found the zoo’s owner, admonished him for exploiting the animal and when the guy asked her what she planned to do about it she went and got $200 from her bank’s machine and gave it to him. “There,” she said, “I just bought it.” She carried it out of the mall, put it in the backseat of her car, and drove it home to her farm, where it happily lived out its days.

Her caring and generosity was not restricted to animals. She helped people suffering from dementia, and she was a volunteer at the “Y.” The nearby Town of Westville honoured her recently by naming her Volunteer of the Year, 2021, even though she’d been gone since April.

So Merry Christmas, everybody. Enjoy the holiday. And don’t take any of your friends or relatives for granted because you might turn your head one day to say hello and find they aren’t there anymore. Life is precious but it’s something you can lose with the snap of a finger.

So I sing for you -
Though you can't hear me,
When I get through
and feel you near me,

Driving in my car,
Driving home for Christmas