When most people talk about Southern California, they discuss surf, sand, and sun highlighted by the glitz and glamour of celebrity life. That?s often where the conversation ends.

Similarly, a mention of Aston Martin all too frequently evokes thoughts of speeding along British motorways chasing bad guys a la James Bond ? and not much else.

A recent visit to Palm Springs to celebrate the launch of two centenary-edition Aston Martin vehicles resulted in a surprise revelation: there is much, much more to Aston Martin, and to Southern California, than initially meets the eye.

For instance, within just a two-hour drive of Los Angeles and its temperate coastal climate, you can find undulating roads that lead from soaring mountaintop to scorching desert, from isolated campsite to sprawling vineyard. These might be some of the least travelled and most entertaining roads to be found in North America.

And although California is well-known for even-keeled and eternally pleasant weather, she?s not unlike many well-dressed women: if you catch her on the wrong day, she can be terribly moody. 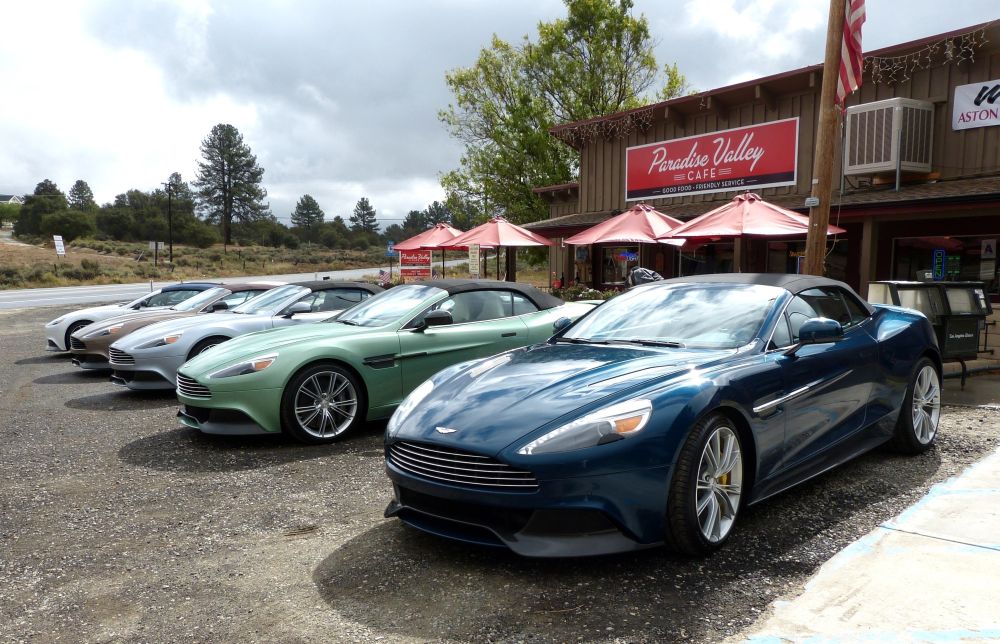 It was on one such day that a group of us was invited to take for a spin the Vanquish Volante, a special-edition convertible grand tourer developed by Aston Martin as part of their 100th anniversary celebrations.

The plan, well-considered as it was, had been to give us a taste of how a typical Vanquish owner might spend a leisurely day cruising through and around Palm Springs: a drive along the main drag with the top down, window shopping and soaking up the endless sun, followed by an easy-going mountain drive to lunch at a picturesque winery nestled in the foothills.

But California was not in the mood for it that day. She had a very dark cloud hanging over her, and she was determined that the rest of us were going to join her in suffering it.

After a brief sojourn under the morning sun, the skies opened, the fabric top went up, the traction control was engaged, the heated seats were turned up to full, and we suddenly had no idea at all what we were in for.

And that is how we began to discover some facets of Aston Martin vehicles that often go unseen.

Everything that California had got thrown at that car: steep roads, blind curves, torrential rains, swinging temperatures, and even snow as we crested the peaks of the San Jacinto Mountains. 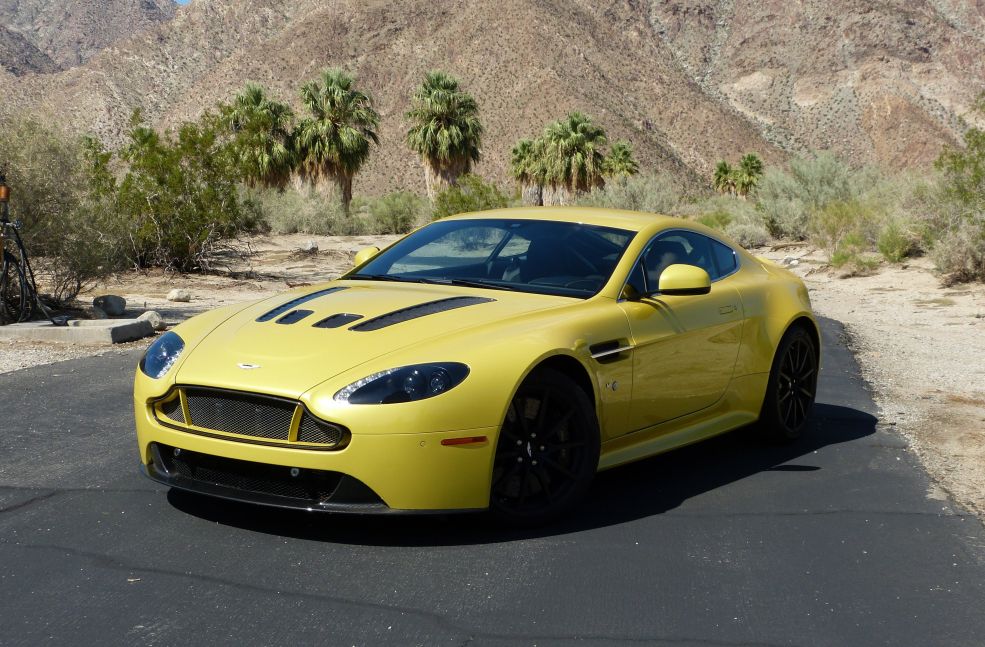 These are not conditions that luxury sports cars are typically expected to handle all at once, which is why it?s remarkable how well the Vanquish performed. We were warm, dry, and comfortable as we carried on, steady as she went with nary a misstep. The car even offered an unexpected yet almost flippant ice warning at one point as it unfalteringly continued its work.

All along, the Vanquish Volante kept a graceful and even keel as it gave California?s wrath the cold shoulder ? a side of Aston Martin somewhat unfamiliar, yet most befitting of British royalty.

On the second day of our journey, California relented and offered us far more typical conditions, which were gratefully received as they allowed for an entertaining day.

In keeping with the theme of the trip, our group was to sample Aston Martin?s V12 Vantage S, the fastest road-going car the marque has ever produced, paired with a route and itinerary meant to follow the path of a prospective owner during an outing near Palm Springs.

We took off into the mountains again, this time on far drier and grippier roads. It didn?t take long to get a feel for the car?s enormous potential.

?This is a race car,? my driving companion declared as he dropped the hammer, and we spent the next two hours throwing the car around and having an enormous amount of fun with it, while realizing that it was capable of so much more than an untrained driver on a public highway could ever extract.

We descended into a blazing hot desert campground situated in a valley between two mountain ranges, where we enjoyed a Mexican-style cookout lunch prepared with locavore fare.

Even in such a desolate place ? as with everywhere else we stopped with these cars ? an ad-hoc car show broke out. Just one Aston Martin is enough to turn heads as it rolls by, but a group of identical Aston Martins all in one place at one time causes even the least car-curious souls to drop everything and sidle over to ogle and inquire.

In two short days, we saw many different sides of Southern California ? and although they weren?t all completely pleasant, they were certainly unique and painted a picture of a place that can offer a much more profound experience than visitors may realize is possible.

But in the different sides of Aston Martin that emerged ? approachability, steadfastness, raw power, understatement somehow melded seamlessly with flawless beauty ? all were spectacular.

As the marque prepares for its next 100 years, that experience in Southern California proved without a doubt how much more than James Bond Aston Martin can be.

Transportation for freelance writer Stephanie Wallcraft was provided by the manufacturer. Email: wheels@thestar.ca.