Don’t make the racers be the losers in this fight

In 1994, after years of being patronized and ignored and insulted, Tony George started the Indy Racing League to compete for teams, sponsors and drivers affiliated with the established Championship Auto Racing Teams, better known as CART.

George, who inherited ownership of the Indianapolis Motor Speedway, had high hopes for his new championship but didn’t succeed in doing anything other than completely screwing up IndyCar racing in North America for the next 10 years. The so-called civil war finally ended but IndyCar (which succeeded the IRL and CART) has never regained its stature.

In more recent years, the Pro Modified Racing Association was one of the most successful drag-racing organizations in Canada. PMRA-sanctioned events attracted upwards of 70 entries.

One winter, another guy, who was experienced in the ways of the drag-racing world, decided he could do better. He knew everybody, was a good guy and convinced many of the racers to join him. Two things happened: the PMRA was sufficiently crippled that it couldn’t continue in business. And the guy who ran the new organization soon found out he didn’t know as much as he thought he did. The result? No winners and the racers lost big.

You can see a pattern here.

There is an established road-racing series in Canada that has been running for the last 15 years called the Canadian Touring Car Championship (CTCC). Started in 2007 by John Bondar, a former racer and Canadian Automobile Sport Clubs (CASC) administrator, the CTCC was geared to fill a gap in Canadian motorsports following a substantial lull in professional-level racing.

In my Monday Morning Racing Roundup on wheels.ca two weeks ago – Feb. 1, to be exact – I reported that Chris Bye, a former race driver who is best known in the automotive community these days for his company’s handling of model unveilings and other promotions for many of Canada’s manufacturers, had announced the launch of a new professional sports car series that would start doing business in May. It was clear he had a target.

Within a week, AIM Autosport, which is one of this country’s storied motorsport entities, announced it would enter the new series. Other famous Canadian motorsport companies are also reportedly interested. 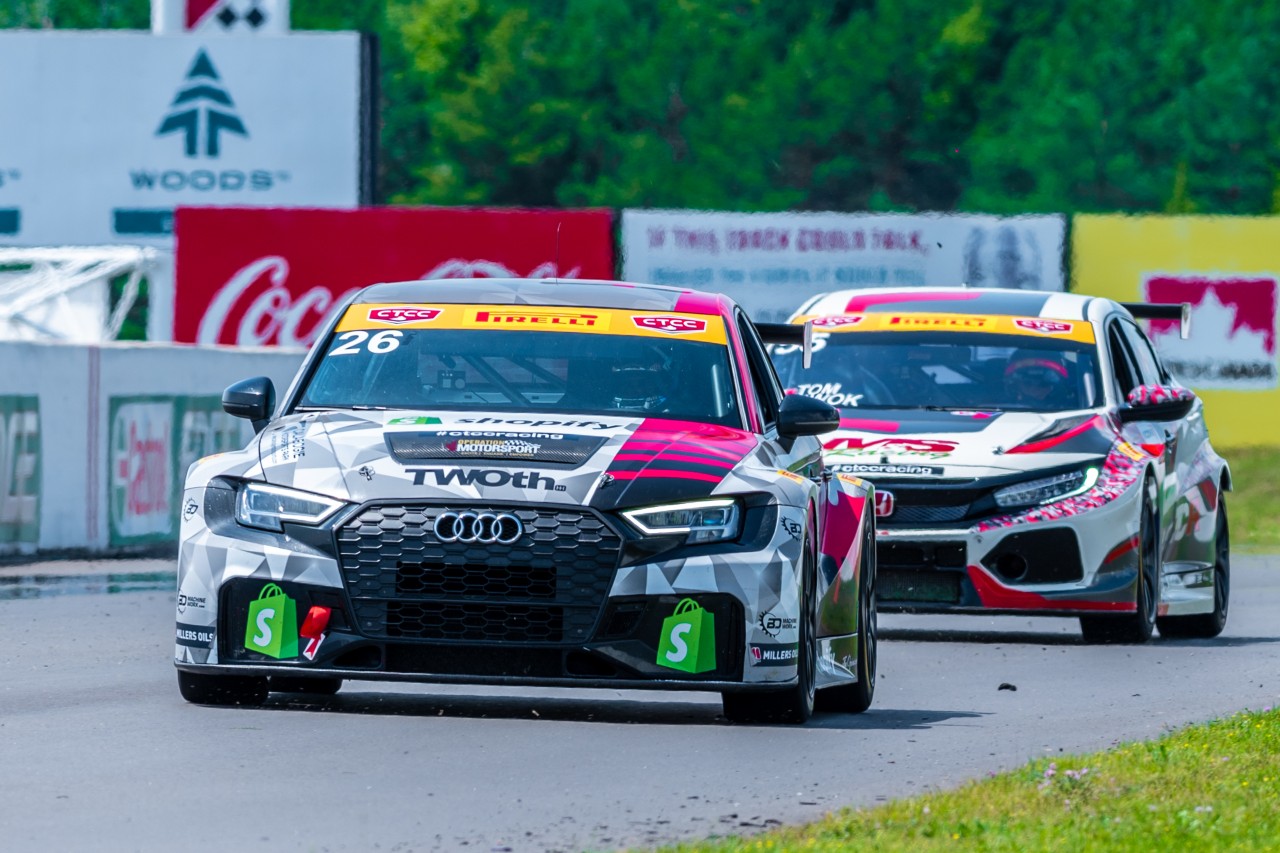 Now, full disclosure: I am a friend of Bondar and his wife, Dominique, who now runs the CTCC. I consider myself a good acquaintance of Chris Bye. That said, I don’t think this is a good idea and, in conversation with Bye, have told him so. I think all this sort of thing does is create confusion and division in what is really a small part of the motorsport industry in Canada.

I considered suggesting that ASN-FIA Canada step in and try to straighten this out for the good of the sport. But there are indications it is already involved – on one side. So there went that idea.

Bye says he’s received 18 refundable registration deposits of $1,000 each for 2021; the CTCC says it has 27 signed-up entries – 14 Touring Cars and 13 GT Sport cars. (I didn’t know there were that many cars.) Bye says he plans five racing weekends this coming summer and fall; the CTCC will run six. There are only so many places to race in eastern Canada, so there will be overlap.

When I asked him why he was doing this, Bye suggested that the CTCC was really an amateur racing series because professionals get paid, a position rejected by Dominique Bondar. “It’s true we don’t have a points fund, but that is something our drivers have said they don’t want,” she said. “Points funds in road racing come from entry fees; in the U.S., entry fees are substantially higher due to the built-in prize money component. Our drivers voted for lower entry fees with no prize fund.

“When you take into consideration prize money on offer from manufacturers ($10,000 from Mazda, for instance), parts, discounts and substantial monetary sponsorship, that total can frequently exceed $350,000 over the course of a season, which is pretty serious money. We have been in business for 15 years, so you do the math. That’s hardly amateur racing.”

The CTCC has working arrangements with most of the OEMs in Canada, from Audi and BMW to Toyota and Volkswagen, and international racing teams (Karl Thomson’s Compass Racing, for instance) and drivers (Kuno Wittmer, Kyle Marcelli are just two) got their starts in the Touring Car championship.

At the end of the day, we can quibble over the definition of professionalism, or whatever. And anybody can do whatever they want – within reason. National racing series are governed by international rules and regulations that are awarded. Nobody can use the term Touring Car Racing, for instance, except the rights holder, which is the CTCC. Having said that, this smacks of the stock market and another term: hostile takeover attempt.

Do you know what happens when there’s a hostile takeover attempt? In the end, nobody wins. I fear that’s what might happen here. And the biggest losers, as usual, will be the racers.

Norris McDonald is a retired Star editor who continues to write for Wheels under contract.

He reviews the weekend’s auto racing every Monday at wheels.ca