There is a lesson there.

Take Formula One (please . . . ). The reason that more than 100 individuals or teams have become involved in F1 since the mid-1970s, and then disappeared, often without a trace, is because all sorts of people have looked at it and said: “That looks easy. I can do that.”

And then they found out they couldn’t.

The situation became sufficiently critical that, at some point, the deposed Bernie Ecclestone either started to silently purchase teams to keep them in business or he subsidized them so they wouldn’t go broke.

And he made guarantees to new owners of teams that if things didn’t work out, they wouldn’t be left holding the bag. Or something like that because how else to explain guys like Richard Branson buying in one day and bailing out the next?

In any event, a Toronto developer named Alex Shnaider decided in 2005 to buy Jordan Grand Prix. He renamed it Midland F1 Racing. In 2006, he sold the team to Spyker cars and the team has since been sold and resold several times.

Now, when Shnaider, who is a very successful developer, bought Jordan I wrote he had bitten off more than he could chew. I meant nothing disrespectful, but just because you are a great developer does not mean you can run a Formula One racing team.

Shnaider was not happy with the column and asked for equal time. I phoned him up, turned on the tape recorder, transcribed everything he said and put it in the paper. I won’t repeat what he said at the time, except to say my initial hunch was proved correct.

Which brings me to Chase Carey and Liberty Media. I had seen him interviewed on television a couple of times and then in Montreal I saw him and his executive partners at a media conference announcing the extension of the Canadian Grand Prix contract.

I listened to everything they said and I have to say I came to the same conclusion that I did with the Toronto developer: I’m really not sure they know what they’ve gotten themselves into.

I have nothing really tangible to hang this opinion on, but my spidey sense started tingling in Montreal when they talked about what they planned to do to sell F1 to more of the masses.

“We are going to work with the promoters to make the fan experience better.”

And what would they do if promoters asked for a break on the sanctioning fee?

No, they would not lower the price but “we are going to work with them to help attract more people to the races.”

And on and on and most of what they said I’ve heard only about a hundred times before.

F1 held a massive show in the middle of London on Wednesday to publicize the racing and to promote the opportunities for young people to get jobs in the sport. Apparently, 100,000 showed up.

I really don’t know what to make of that.

Is England not the centre of world motor sport?

Are not thousands of people in England employed in the industry?

Aren’t all (or most) the F1 teams headquartered there?

The F1 specialty media — magazines, websites, etc. — are all there.

F1 is a major beat on all the papers and the TV networks fight for the right to televise the races.

I think you would have to be living under a rock to not know that F1 is a big deal in England, so I am not surprised in the least that 100,000 people showed up. I would be much more impressed if they did that in New York and 100,000 turned out. Or Los Angeles. Or even Austin, Texas, near where they hold the U.S. Grand Prix.

So what was that about, really?

And then, the very week this was going on, the Silverstone circuit, which is sold out for the British Grand Prix literally years in advance, let it be known it plans to get out because it can’t keep losing millions of pounds/dollars on this one event any more.

And the Formula E Series is racing in New York City. Okay, Brooklyn, but the Manhattan skyline will be in the background. How many years has F1 tried to get a New York race?

So I go back to this big display in London, where they hauled out all 10 F1 teams and their drivers to put on a dog and pony show (they burned some rubber, signed some autographs and smiled for some selfies).

That must have cost a fortune. Why? There are no more seats to fill at the Silverstone circuit. And I can think of cheaper ways to tell the school boys and girls of England that there are jobs to be had in F1.

I’ll tell you what I do think this shows, though. I think it shows that my impression back in Montreal was spot on. It shows these guys are going to find out the hard way what all those other 100-plus guys and teams found out going back over the last 40 years, or so.

It’s a whole lot harder than it looks. 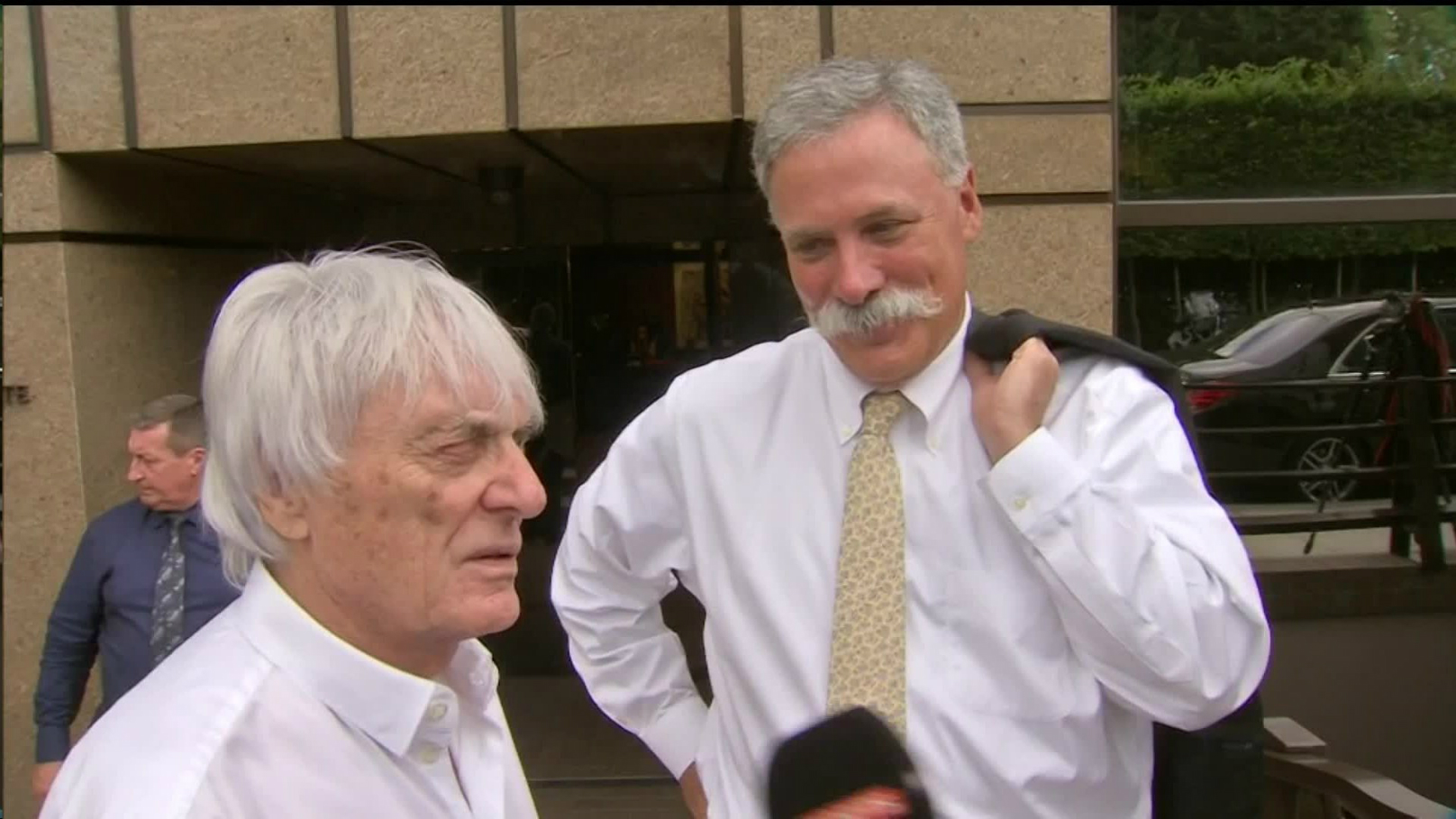 Okay, the British Grand Prix is being held this weekend. (I wonder if Ecclestone will make an appearance. Now, he knew what he was doing, didn’t he? He wouldn’t have wasted money on a noisy street party in London, would he? And every time he threatened to take the Grand Prix away from Silverstone, they always seemed to reach an accommodation, didn’t they? Which means he probably let them borrow the money from him to make the improvements. But I digress . . .) TSN has practice, qualifying and the race.

The Honda Indy Toronto weekend is upon us and if you can’t make it down to Exhibition Place, you can watch a lot of it on television. Helio Castroneves is fighting for his job with Team Penske and won the last Verizon IndyCar Series race in Iowa. Keep an eye on him, plus the other on James Hinchcliffe, who really wants to be the local boy who makes good. Sportsnet 360 will have most of the action. CITY will carry the race too.

NASCAR is racing at New Hampshire this weekend. And all the races are on TV. TSN.

And check out the websites of your local speedways. Lots of good, live racing available on Friday and Saturday nights.