Special editions of the muscle car duo coming, but the big bang is that the Super Durango is back.

Join the Conversation (0)
Dodge is getting ready for a final sendoff to the muscle car. Or at least how we know it today. At least it will be going out with a bang. Dodge is planning a three-day ghosts of muscle car past, muscle present, and muscle future-style event that kicks off tonight. With the return of the Durango SRT Hellcat, seven special new Charger and Challenger models, and an expansion of the Direct Connection factory hot rod parts program.

Oh, and did we mention that you'll be able to order convertible Dodge Challengers from the dealer? Well, you will.

We'll start with the 2023 Dodge Charger and Dodge Challenger. Today we're getting just a tease of the seven planned special edition models. Six of them, and they're all hidden under car covers, will be heritage throwback cars. The seventh won't be unveiled until the SEMA show in November, so expect it to be something big.

For 2023, the last year for the Charger and Challenger, Dodge will put a "Last Call" plaque under the hood of each car. Dodge will allocate the entire model year run to dealers at once, which it says will help customers find exactly the car they want.

Jailbreak, Dodge's special package that opened up what options you could pair with what is expanding. The pack and its special badge will be offered on 717-hp Charger and Challenger SRT Hellcat models, not just the 807-horse Redeye version. 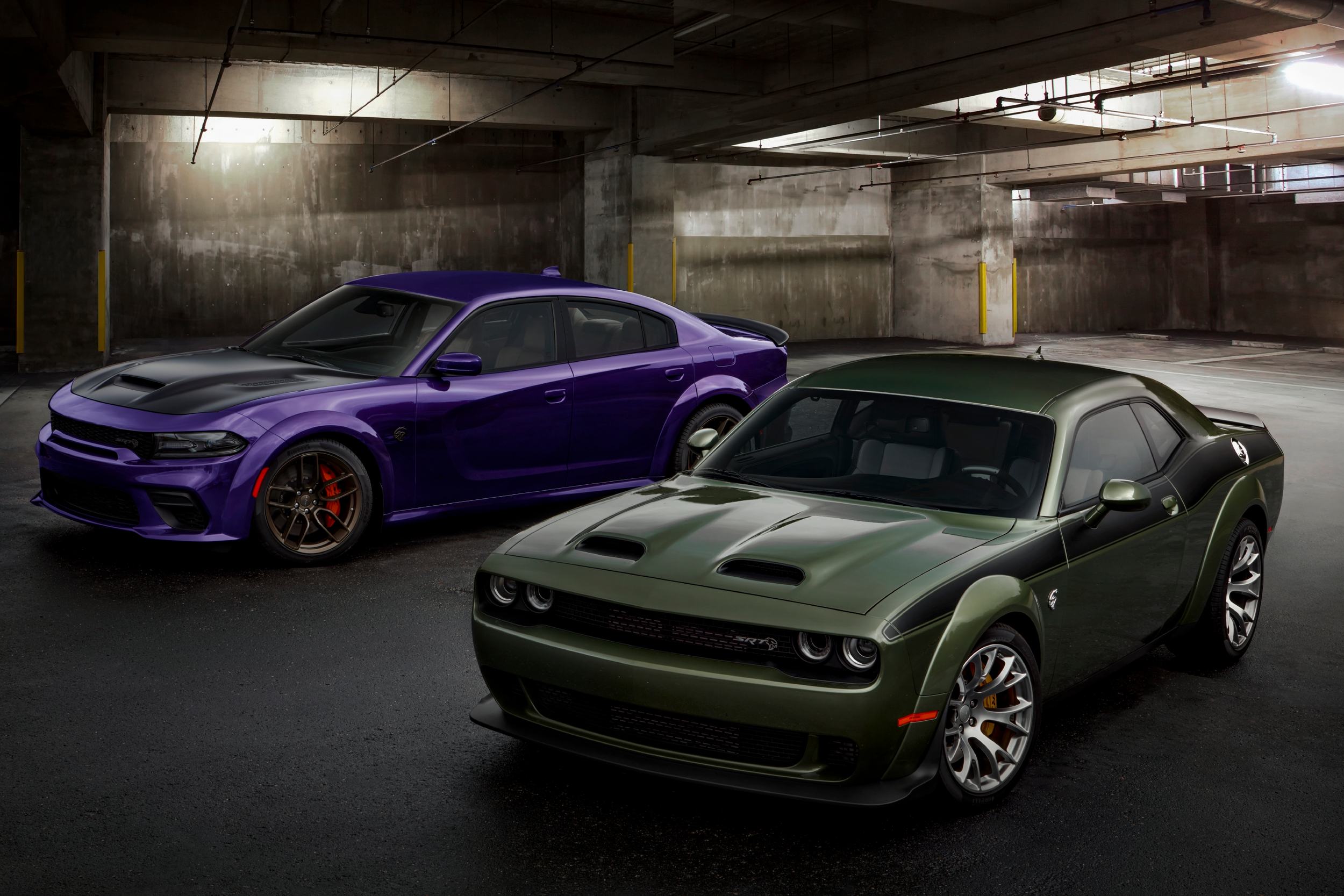 B5 Blue, Plum Crazy, and Sublime Green, some of the car's most popular colours are coming back.

There aren't any groundbreaking changes here, but we think Dodge is saving the really big stuff for those seven special editions. What Dodge is doing is keeping us interested in these cars until their replacements arrive, and doing it in a way that is at least fun.

The Durango SRT Hellcat and its 710 hp will return for 2023. It was initially a one-year-only model in 2021, but Dodge says demand has given it another kick at the can. Or another run down the quarter, as it were. "Muscle enthusiasts also have families, and the 2023 Dodge Durango SRT Hellcat can get those families where they want to go and has the ability to tow 8,700 pounds," said brand boss Tim Kuniskis. 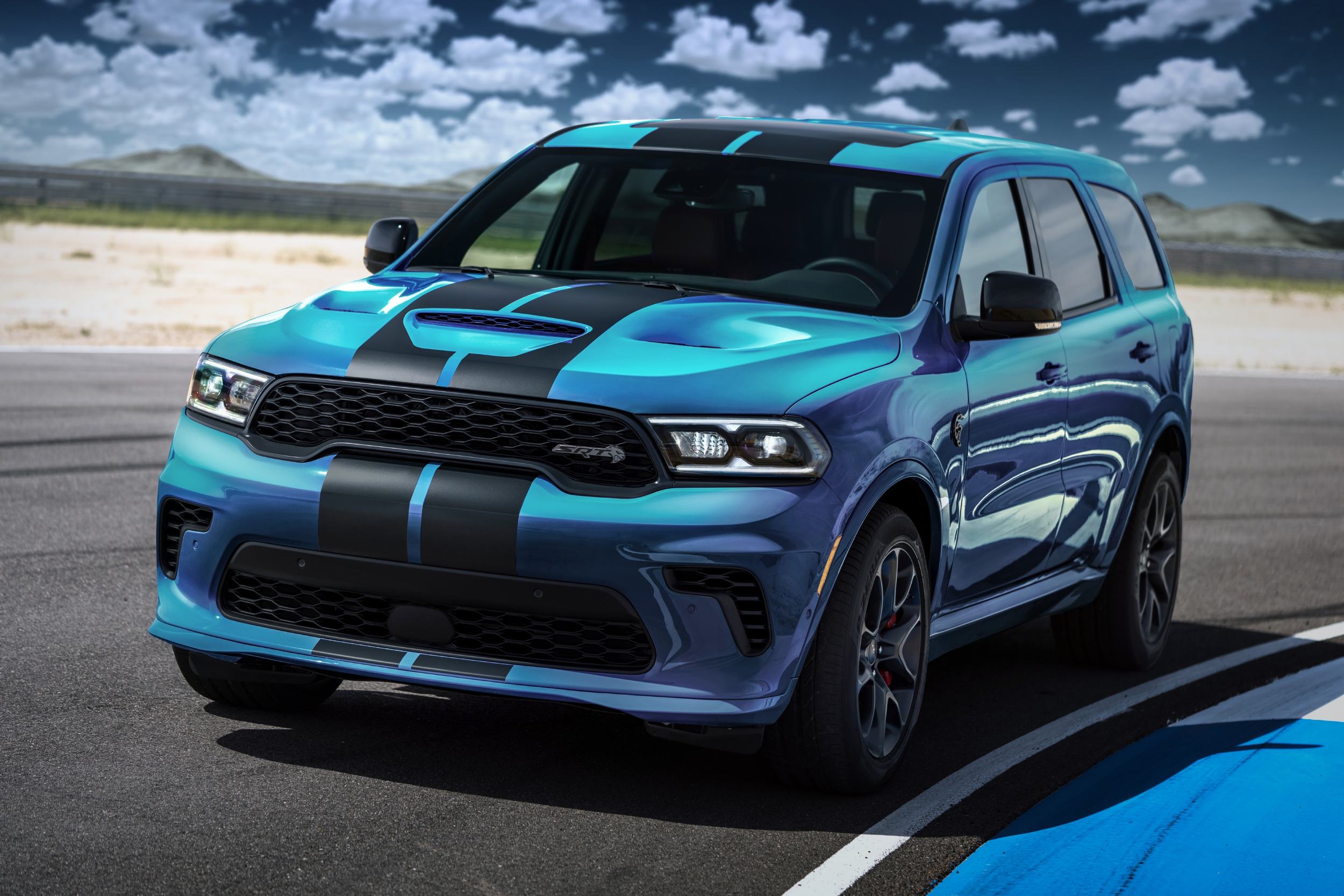 Like the 2021 model, the 2023 Durango Hellcat gets a 6.2L supercharged V8, a special body kit, and an SRT interior. It's the same car over again, but there's nothing else like it.

Dodge Direct Connection, the brand's performance parts network, is adding new bits aimed at drag racers. Like an entire carbon fibre 1970 Dodge Charger body (that can be made into a finished car) and carbon fibre body panels for the more modern Challenger.

Drag Pak rolling chassis built to NHRA 7.50-second specs will be sold. A TorqueFlite eight-speed auto, the same one used in Scat Pack cars, will be sold as a plug-and-play to go with Direct Connection crate engines. Dodge will even offer 2.7L and 3.0L supercharger kits, both big upgrades over the Hellcat's 2.4L unit.

Now for that convertible information. Dodge will be working through Drop Top Customs, the oldest convertible builder in the U.S., to help customers get convertibles of their own. Right from your Dodge dealer, you'll be able to get a Challenger, even R/T, and SRT models, shipped to Drop Top Customs. Where they'll be swapped into convertible form and then shipped to your dealer. Making the process seamless for the customer. The top-chopping will cost U.S. $25,999.