Despite problems, Ford bullish on GT

“What we've got is a fast car, a real pretty car, but she's a little temperamental right now. We need to settle her down and we know how to do that.”

DAYTONA BEACH, FLA.—Don’t call it a comeback. Not yet, at least.

It’s been a little more than a year since the newest Ford GT was dropped on an unsuspecting automotive world, and although no one would say so at the time, there was never any doubt as to why it was made.

This year — 2016 — marks the 50th anniversary of the Blue Oval’s first overall win at the 24 Hours of Le Mans, and there was no way the folks at Ford Performance were going to let it slip by unnoticed or unchallenged.

They rounded up their most-trusted partners — the formidable Chip Ganassi Racing team, and Toronto-based performance engineering and assembly firm Multimatic — to launch what will ideally become a four-car assault on sports car racing’s most coveted prize at the Circuit de la Sarthe this June.

The undertaking is incredibly ambitious.

Not only did it demand cramming thousands of hours of testing into a matter of months, but it also forced the car’s competition debut into the sports car equivalent of the Super Bowl, the Rolex 24 at Daytona, which took place last weekend.

It’s been a long time since a new car arrived at Daytona under such intense scrutiny. Speculation ran rampant about how it would perform. Ford executives were optimistic, and rightfully so.

Through all of their development and pre-season testing, the car exhibited nary an issue.

That is, until the moment the cars were lined up for the race and the call came to start their engines. 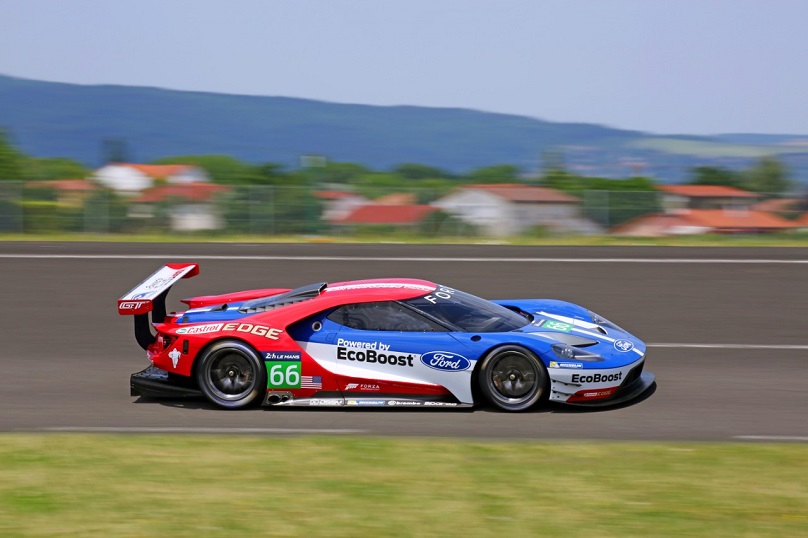 First, the No. 67 car stubbornly wouldn’t fire. The team got it going just in time to grid up for the start. But it was back in the pits 15 minutes after the green flag with the transmission stuck in sixth gear.

About 20 minutes later, the No. 66 car pitted for a routine tire change and a brake line knocked loose on the left rear unceremoniously dumped its fluid.

Gearbox issues soon plagued the No. 66 as well, which was sent to the garage for lengthy repairs.

The No. 67 had a right rear tire go down, which then flopped around on its rim and damaged the rear diffuser, and that damage then cut another tire before the problem was identified, losing them even more precious time.

By the time the checkered flag finally fell after 24 gruelling hours, a race that had started with such promise ended with the No. 66 46 laps in arrears and the No. 67 a further 130 laps behind. 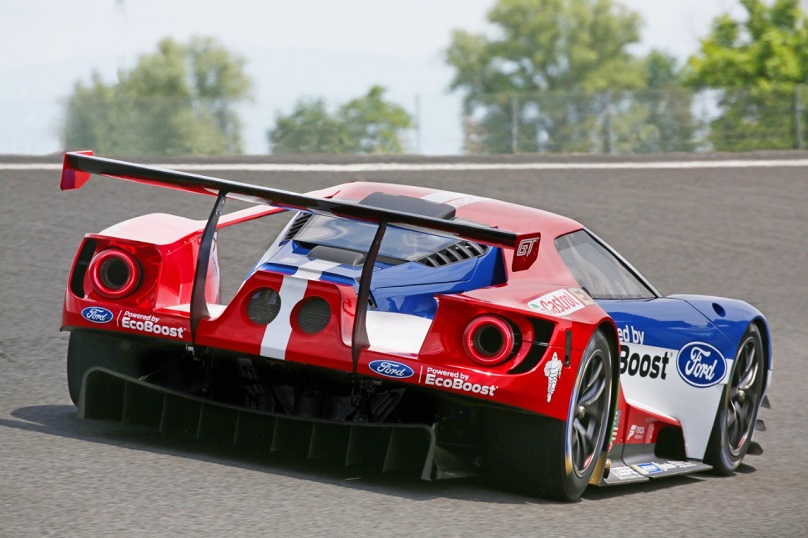 From the outside, this looks like a catastrophic, mortifying failure. But those entrenched in racing say “snake-bitten” is a more apt description.

“That’s just the way racing works,” said Scott Maxwell, a professional Canadian racer based in Toronto who was the lead Multimatic driver for its Le Mans class win in 2000 and has quietly worked as a test driver on the Ford GT project.

“I wasn’t at all surprised they had trouble. It’s a brand-new car and a 24-hour race. They’re biting off a lot in their debut.”

“When we diagnosed some of the issues, they’re the kinds of issues that you find only when you race,” explained Raj Nair, executive vice-president of product development and chief technical officer for Ford Motor Company.

“Our calibration that we use under the yellow flag was creating some issues, (and) we think the in-car TV cameras (not used in testing) may have been creating some noise on our system and some issues with power.”

Despite reliability concerns, the team found positives. When the car was working, it was working well. Ford held the fastest lap time in class through much of the race. And the data shows the car has the rare characteristic of being strong both on long straights and in corners.

“The car is nice and balanced,” Nair says. “The key thing is it’s easy to drive and it’s easy on its tires, so it’s not just outright speed but we’re not having to burn up the car to make the time.

“What we’ve got is a fast car, a real pretty car, but she’s a little temperamental right now. We need to settle her down and we know how to do that.”

Perhaps the sagest outlook on the weekend comes from Mike Hull, managing director for Chip Ganassi Racing, who funnels more than 25 years of motorsport experience into developing the team’s the race strategy.

“We had this lesson handed to us in 2004 when we came for the very first time with prototype cars,” Hull says. “That was a really huge uphill climb for us. Even though we’ve raced in IMSA for 12 years, we knew (factory GT) racing was going to be difficult.”

Now, as they retire back to the race shop with what they’ve learned, timelines become even tighter.

Hull estimates the team will have between 600 and 800 data points to address before the 12 Hours of Sebring in mid-March, and that learning will continue all the way to Le Mans, where no one is yet certain whether the fairy-tale goal of defending the 50th anniversary is realistically within reach.

And their competition doesn’t plan to make it easy for them.

“I think because Ford is coming in, everybody wants to beat them,” Maxwell says.

“They’re making a big splash around the world, and if you’re Corvette or Porsche or Ferrari, you don’t like that. You want to stomp on their parade.

“Whether they can pull it off the first year, I guess we’ll find out in about four months. I can’t wait for June.”

Freelance writer Stephanie Wallcraft is a regular contributor to Toronto Star Wheels. Her trip to Florida was provided by Ford of Canada. To reach her, please email wheels@thestar.ca and put her name in the subject line.