Is this the power of love? Or just nostalgia

Join the Conversation (0)
DeLorean is skipping the present and heading straight into the future with the Alpha5. An electric from the company best known for its stainless-steel time machine. And no, this one won't come with a Mr. Fusion to power the flux capacitor.

While DeLorean Motor Company has been operating since the 1990s, it was a company that built, restored and modified the classic version of the car. The 1980s icon that saw more acclaim from Back to the Future than it did from actual appearances on the road. This is something very different. 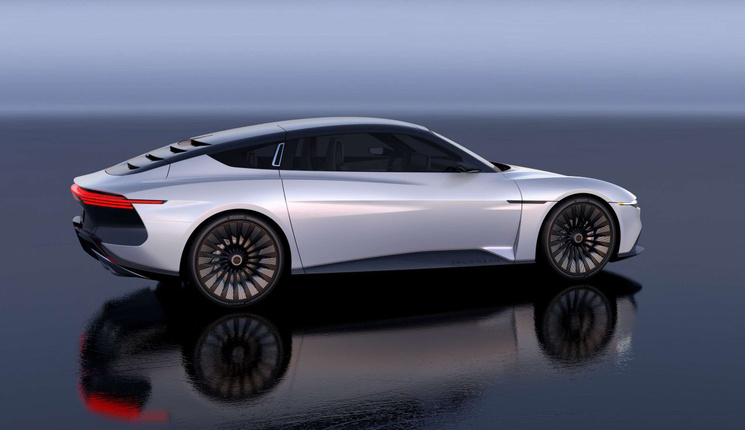 About all the Alpha5 has in common with the DMC-12 original are gullwing doors, three-row taillights, and louvres on the rear windows. Oh, and the off-center DeLorean nameplate on the bumper.

Still, it's the kind of stunningly futuristic design that we can only expect from a start-up automaker looking to enter the EV space. Sleek and low, it was actually penned by Italdesign. The same Italian automotive icon that designed the original is responsible for this futuristic four-seater coupe. 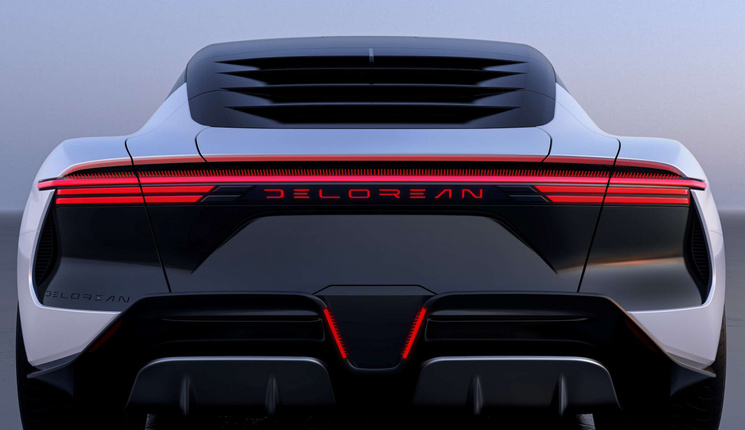 The interior is also what we'd expect from an electric concept, and that means a super airy cabin with minimal buttons or other irritating bits of trim, all accessed through the massive gullwing doors. The one element that has us puzzled, though, is if DeLorean really expects to hide the climate controls on the lower level of the center console, concealed under the main centre screen. 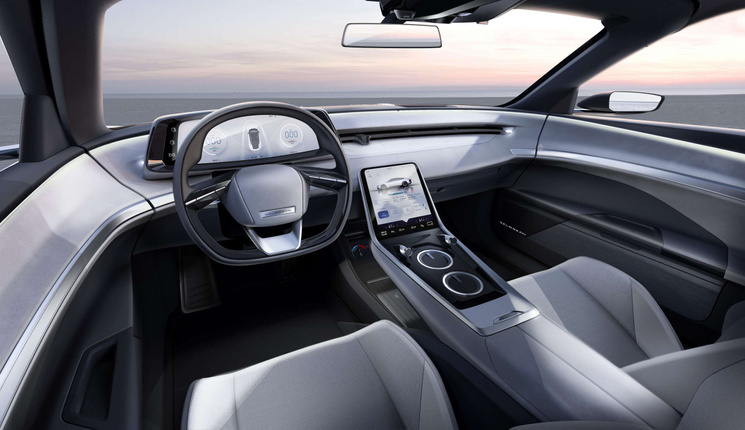 For now, DeLorean is holding back on powertrain details. The expectations for this EV include a range of more than 486 km, a battery capacity greater than 100 kW, and a top speed that is electronically limited to around 250 km/h.

This was a virtual reveal, but DeLorean plans to present the Alpha5 in the metal at the Pebble Beach Concours d'Elegance in August. We're expecting some more details about the car then. Production is expected to start in 2024 and will happen in Italy. 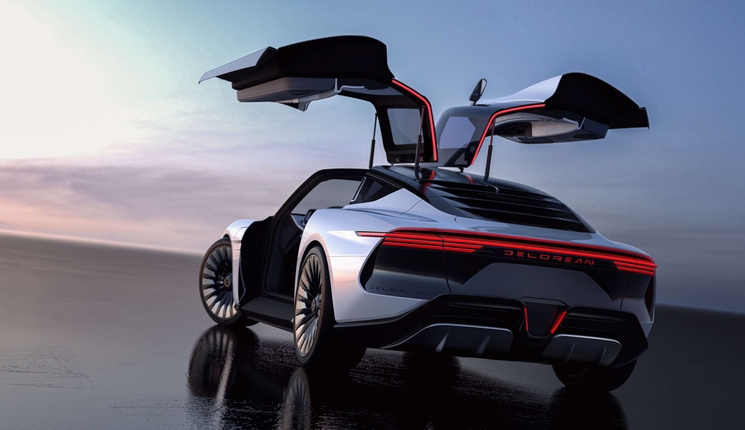 More Alpha models are expected from DeLorean, and only some of those will be electric. The automaker plans combustion and hydrogen-powered models as well.