Monday was a wonderful day in the world of motorsport.

Social scientists will tell anyone who will listen that second- or third-generation children are rarely interested in carrying on family businesses. What might have been passion for the parents or grandparents is a grind for the kids. They don’t want to have anything, or much of anything, to do with them.

The grandchildren of Anton (Tony) Hulman, the Terre Haute, Ind., businessman who rescued the Indianapolis Motor Speedway from oblivion in 1945-46 after it was mostly ignored during the Second World War by owner Eddie Rickenbacker, have been quietly talking for years about selling their family business.

That business, Hulman and Co., primarily manufactured the biggest and most successful baking powder brand in the U.S., Clabber Girl, plus other baking products. It also owned and operated the Speedway and its related assets, namely the Indy Racing League (now called the NTT IndyCar Series), IMS Productions (radio and television coverage of Speedway events).

The mother of those grandchildren, Mari Hulman George, always poured cold water on the idea of selling anything. She was determined to continue the business ownership and philanthropy of her father, Tony Hulman, and her mother, Mary Fendrich Hulman. As long as she was alive, Hulman and Co. would remain in the family.

Mari George passed last Nov, 3 and while it hasn’t exactly been a fire sale since, Hulman and Co. has been quietly dismantled. Clabber Girl was the first to go, sold for $80 million in May. The coup de grace came Monday with the shock announcement that Roger Penske, through one of his corporations, had purchased the Speedway and related assets.

This means that just about everybody is now happy. The grandchildren – Nancy, Josie, Kathi and Tony George – have their money and no longer are responsible for the Speedway, a cultural icon not only in Indiana but the world. Penske is delighted, because he now owns the crown jewel of speedways in the United States of America. And the fans and racing community generally are just about beside themselves with excitement about what the future holds with “The Captain” at the helm. 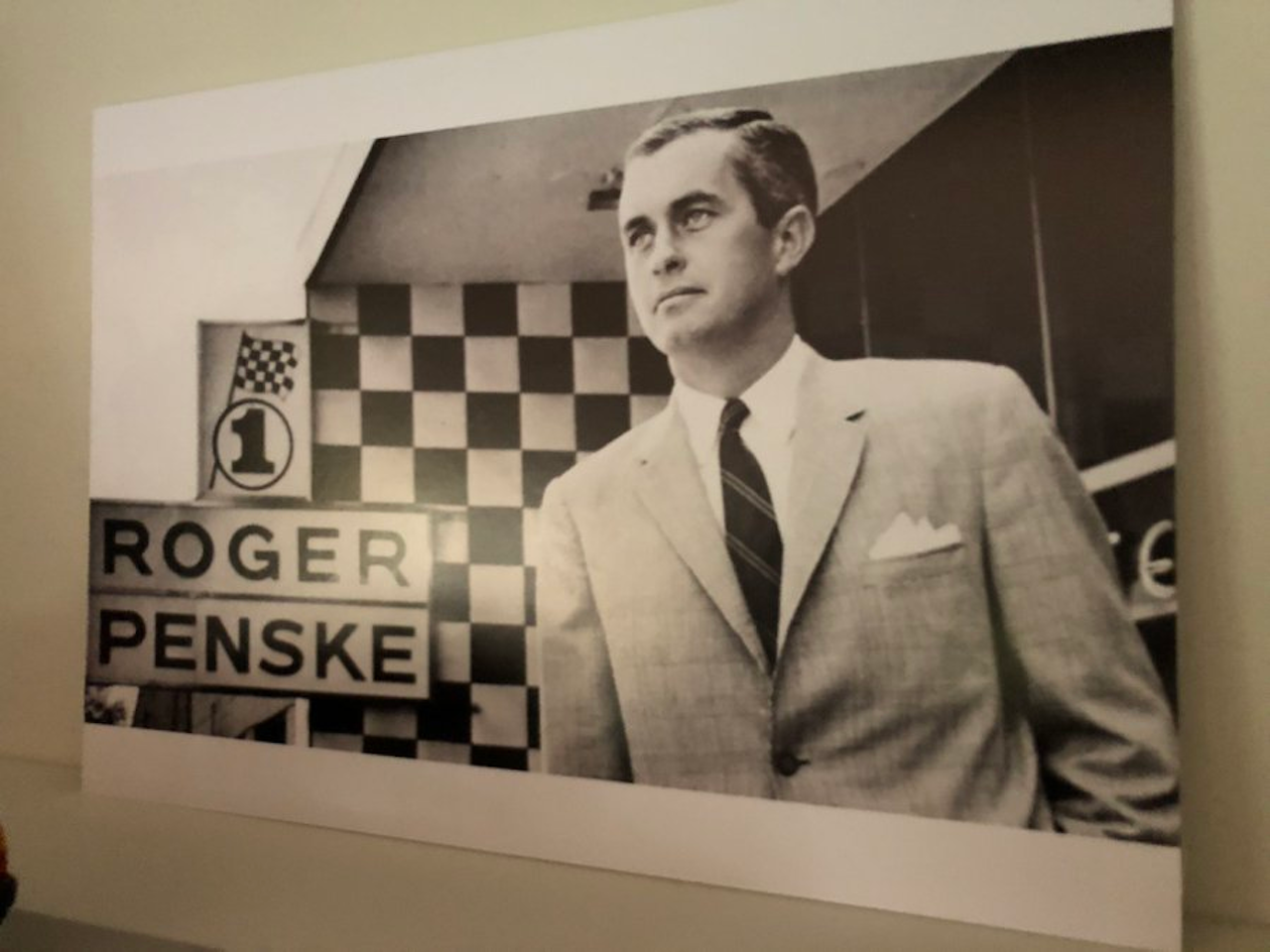 During a media conference, Penske was typically low key about any plans he might have for the Speedway and the series, saying he was the “new guy in town” and didn’t arrive on the scene with a menu of changes he planned to make immediately, talking instead in generalities about maybe adding a 24-hour sports car race to the schedule and perhaps approaching the owners of Formula One about bringing a Grand Prix back to Indianapolis.

Having said that, he then revealed that on Tuesday (today), he planned to walk every inch of the property to see what might need doing immediately and what can be scheduled going forward. He mentioned that he expected to have a series of top ten lists of things to do around the property. So Penske has a plan in mind whether he wanted to talk about it publicly or not. Roger Penske is where he is today by planning ahead and working long hours to achieve his goals. His company motto is “Effort equals Results.” You are either with Roger Penske, or you are not. Your employment is predicated on that.

I suggest he won’t be firing or demoting people right off the bat, but then again, you never know. He said he expects to move Penske Corp. executives into positions of responsibility before long – they already do things his way and if they can convince the current employees and managers to buy in, those folks will get to keep their jobs. Otherwise, I expect they will be asked to move on.

And there will be a new board of directors put into place. Again, Penske’s people will dominate, with him undoubtedly chairing. He hinted there could be places in the new ownership for members of the Hulman-George family to continue their involvement, if they so wish, but, frankly, the only one I see still interested is Tony George and I would not be surprised to see him on the new board. And I can see, next May, Tony George and Roger Penske, in concert, saying: “Gentlemen, Start Your Engines!”

(They posed together Monday on the Speedway’s front straight for a photo symbolizing the passing of the torch.)

Part of this deal is the IndyCar series and I expect changes, including pressure being put on promoters to pick up their socks if Penske isn’t satisfied with what he sees. Penske is the personification of a capitalist and when you are in business you are never satisfied with the status quo; there must be growth or else he wants to know why there isn’t. Remember: every business – car dealership, racing team – that Penske owns and operates has to show a profit. Or else. 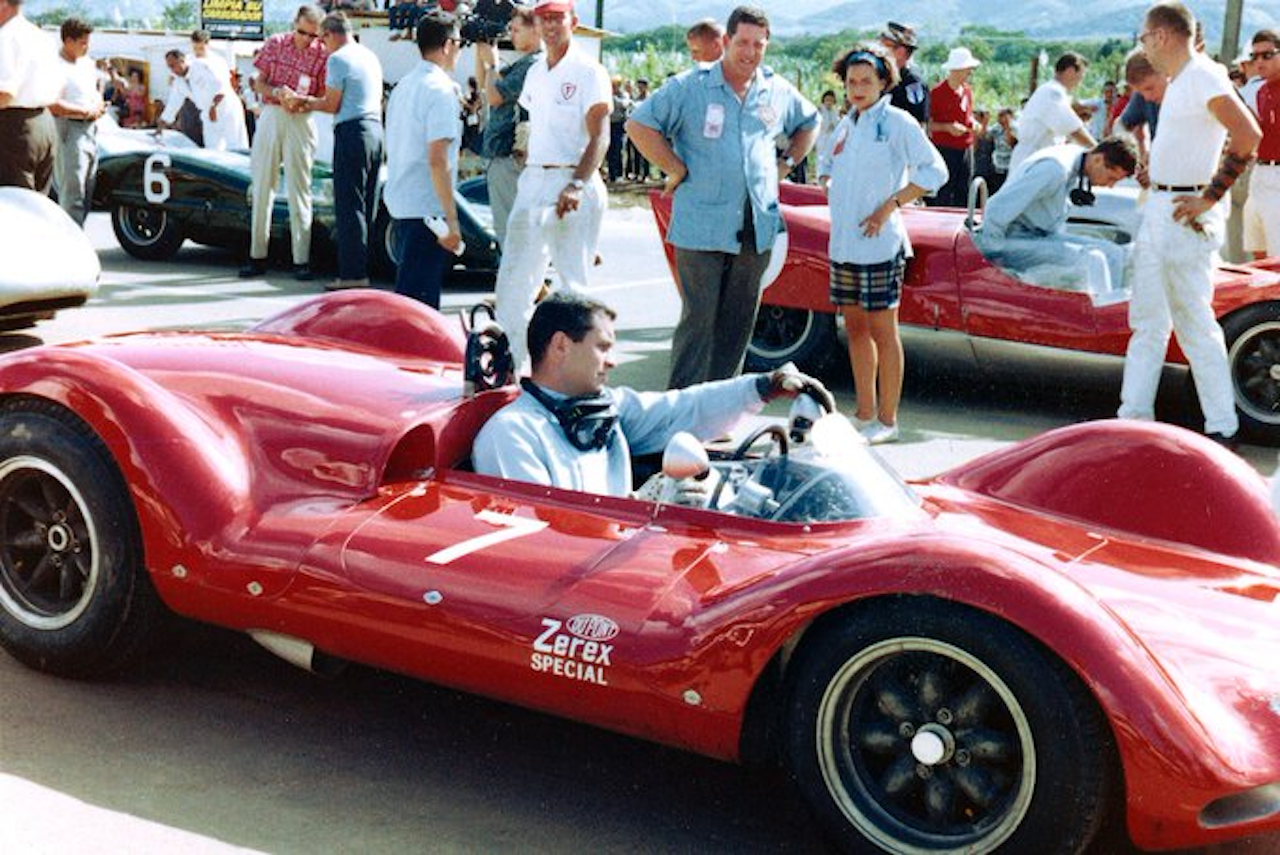 Fans will notice other differences. Penske, himself, will no longer be on pit wall, directing the strategy and making the calls for one of his Penske Racing drivers. He intends to step back. Look for guaranteed starting positions in the Indianapolis 500 for teams that run full-time in the IndyCar Series. And whether the team subsidy will continue is anybody’s guess.

Penske is not an outwardly emotional man, but he let his guard down a little on Monday when he talked about first going to the Speedway with his father. It was in 1951 and they went to the Indianapolis 500. It inspired him to go into racing.

“I talked to Mario Andretti today, and A.J. Foyt, and we all agreed what the Indianapolis 500 has meant to us as individuals and as a company, and certainly our company,” Penske said. “I think that what it really says, that in the United States of America, if you work hard and you’re committed and you have a great group of people, you get great success. So today I hope my dad’s looking down at me and looking at this group and saying, ‘Son, you did a good job.’ ”

There were questions about a conflict of interest and I have this to say about that: everybody has a conflict of interest, one way or another, in the world we live in today. The mark of any individual, however, is if you let that conflict of interest override what’s right, just and moral. Penske has not let it get in the way in the past. He was one of three people who created Championship Auto Racing Teams (CART) that broke away from the U.S. Auto Club in 1979. He sat on the board of directors. But he also owned race tracks and owned teams that raced on those race tracks. I do not recall there being a problem.

And even Mari George had a conflict. She loved auto racing and in the late 1950s and the 1960s, she owned a successful sprint car racing team that ran in races sanctioned by the USAC that her father had been instrumental in founding. In 1963, she married driver Elmer George, who raced in the Indianapolis 500 in a car owned by his wife whose father owned the Speedway. Race historians will tell you that, if anything, race officials were harder on Elmer than other drivers, just because of who he’d hooked up with.

There is one more variable that must be discussed. Roger Penske is not a kid; he’s 82. He had a cancer of the kidney scare a few years ago. I had a short chat with him at the Honda Indy last summer. Usually, if I see him at the New York Auto Show, or Indianapolis, or wherever, I ask him how he’s doing and he’d always say something like, “Great,” or “Terrific,” or something positive. At the Indy, I asked him and he replied, “Hangin’ in.” I found that to be interesting. 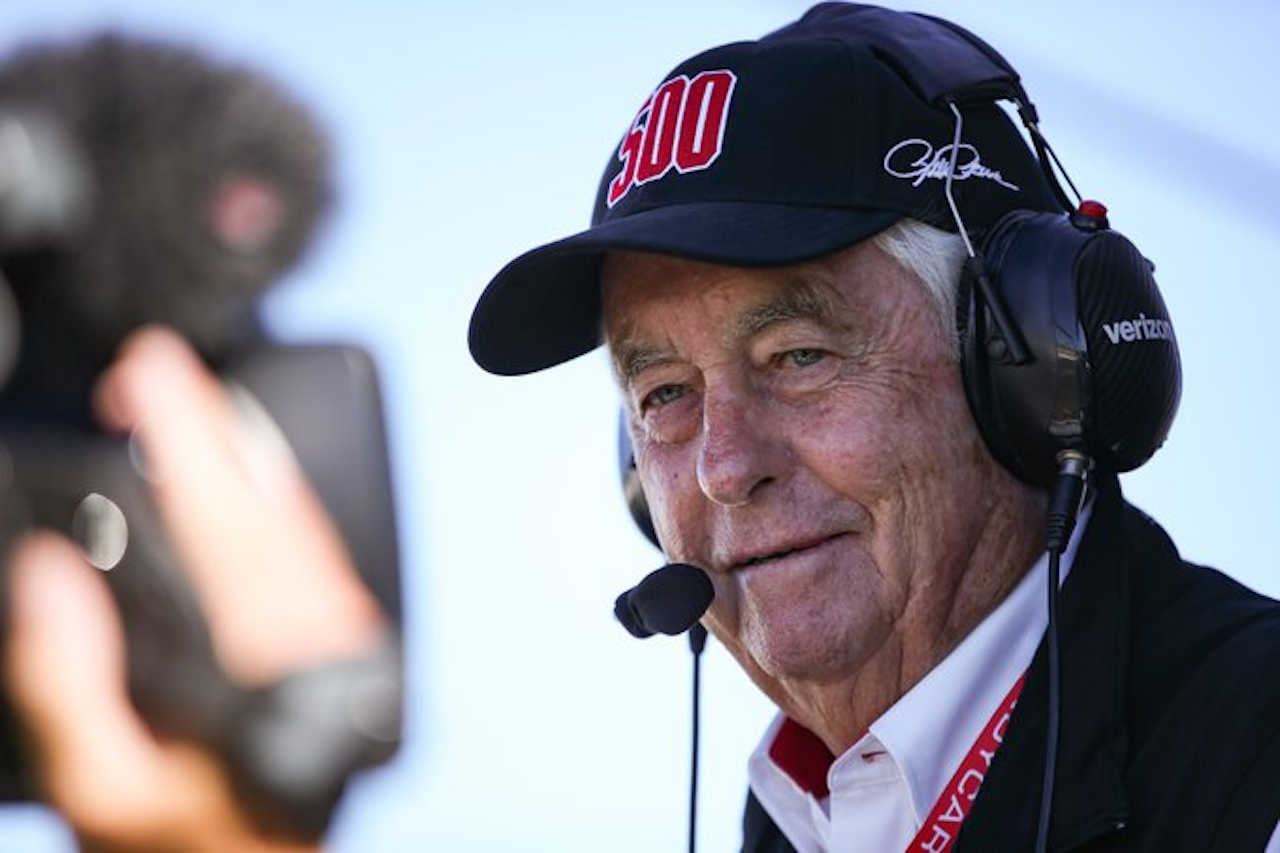 Chatter on social media Monday addressed this and more than a few people speculated that Tim Cindric, president of Team Penske, would be his successor at Penske Corp. And it’s possible he might. But Team Penske is just one arm of what is already a huge corporation, being run – under Penske’s direction – by many executives that nobody has ever heard of. I am sure there is a succession plan in place and Cindric’s name could well be at the top, but then again, maybe not.

Whatever, Monday was a wonderful day in the world of motorsport. The Speedway and the series are in good hands. It will be exciting to watch all of it unfold because there is only one direction for it all to go: