The best of the morning to you

With the mercurial St. Patrick’s Day just around the corner, we thought it a good idea to take a tour of the Emerald Isle and its place in the hearts of gearheads around the world. 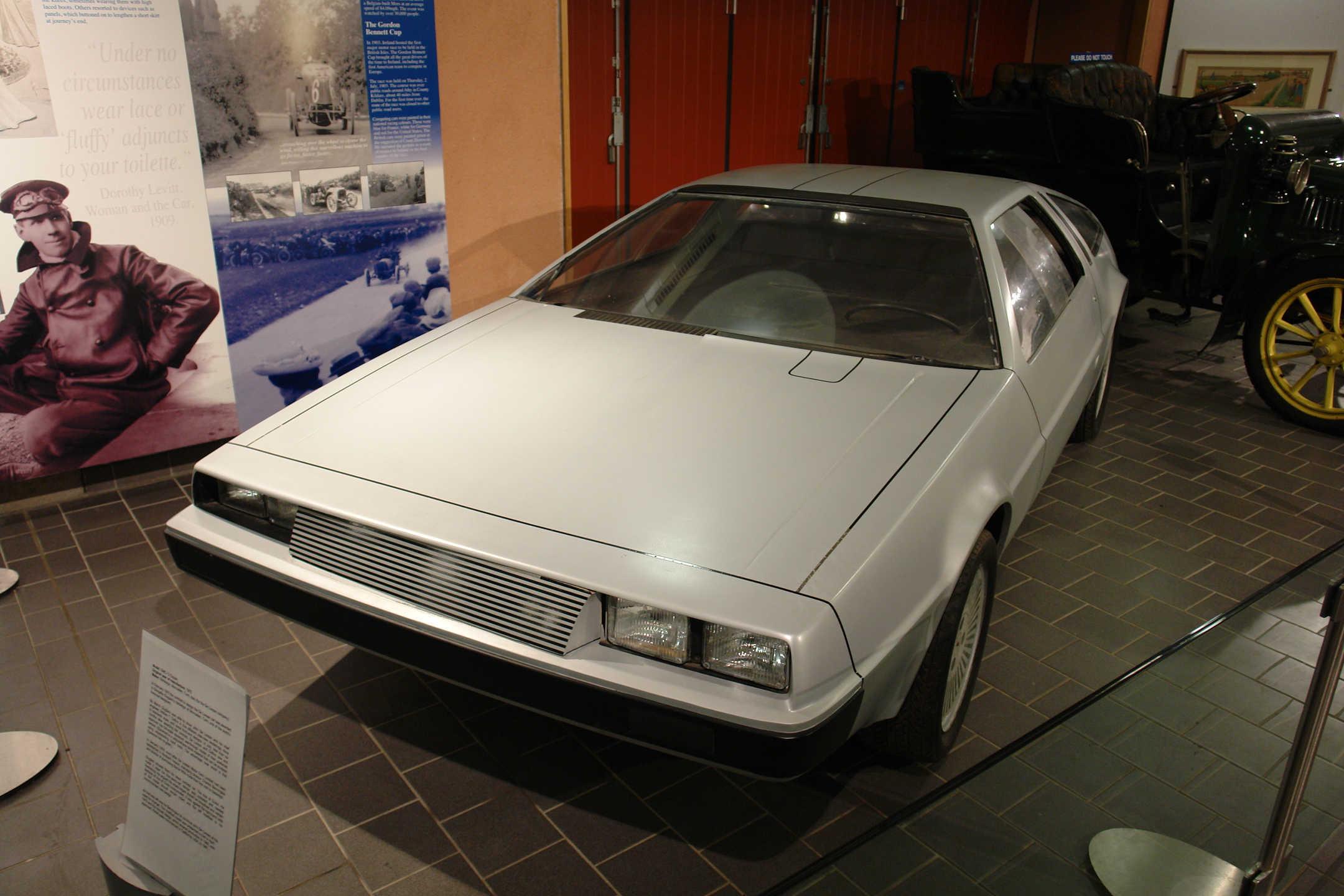 With certainty, the most famous Irish automotive tangent is the DeLorean DMC-12. The car’s namesake, John Z. DeLorean, was a successful manager at General Motors before striking out to start a car company of his own. Named after himself, it officially incorporated in 1974 and originally planned to build its car in Puerto Rico before being lured to Northern Ireland thanks to bags of cash doled out by the British government. Cars started rolling off the assembly line in 1981, just in time for a financial recession, and DeLorean was arrested for drug trafficking not long after.

Still, the car itself grabbed attention even before being immortalized by Hollywood. Its gullwing doors stopped traffic at every fuel stop, while its stainless steel bodywork gave the DeLorean a futuristic style unlike anything else on the road (and, yes, a handful of gold-plated versions were built). With a rear-mounted 2.9L V6 underneath its very-‘80s louvered engine cover, about 9000 units were built before production was halted in 1983. 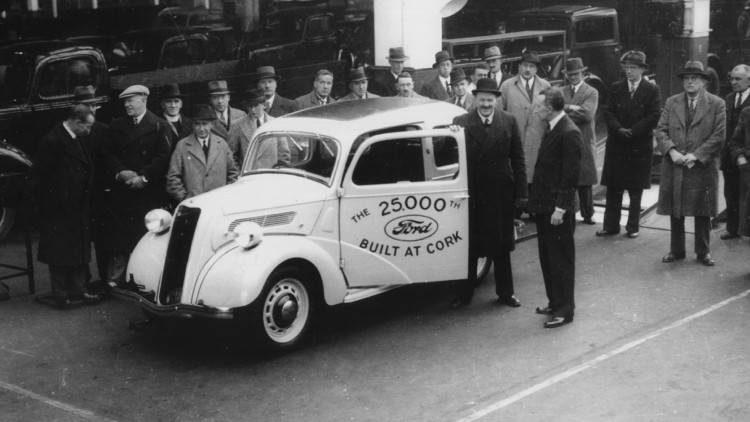 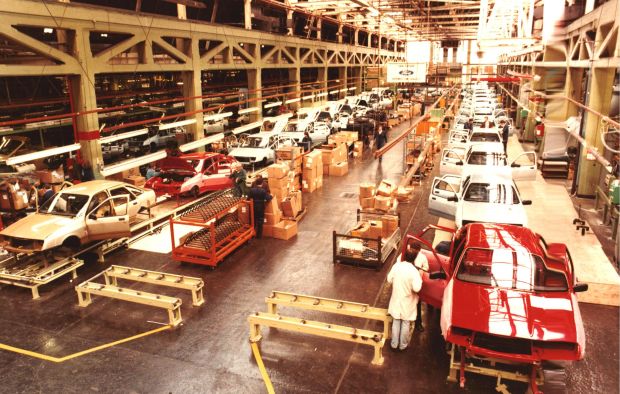 The blue oval company opened a plant in Ireland about 100 years ago, building cars and tractors. Over the years, the manufacture of models like the Prefect, Escort, and Sierra helped the company skirt punitive import taxes resulting in prohibitively high sticker prices on cars built outside the country. Ireland’s acceptance into the European Union in 1973 reduced the need for locally produced cars but Ford kept hammering sedans together on the Emerald Isle until 1984.

Here’s a fact for the Jeopardy corner of your brain: the country holding the honor of putting together the first VW Beetle ever assembled outside of Germany was Ireland. Shipped to the country in 1950, the car was imported as a ‘completely knocked down’ kit containing all the bits and pieces needed to construct the popular pint-sized people’s car.

Production continued until 1980, during which time the VW Transporter was also built. That first Irish Beetle from 1950 now lives at the company museum in Wolfsburg. What happened to the original factory? It’s now a Volkswagen dealership. 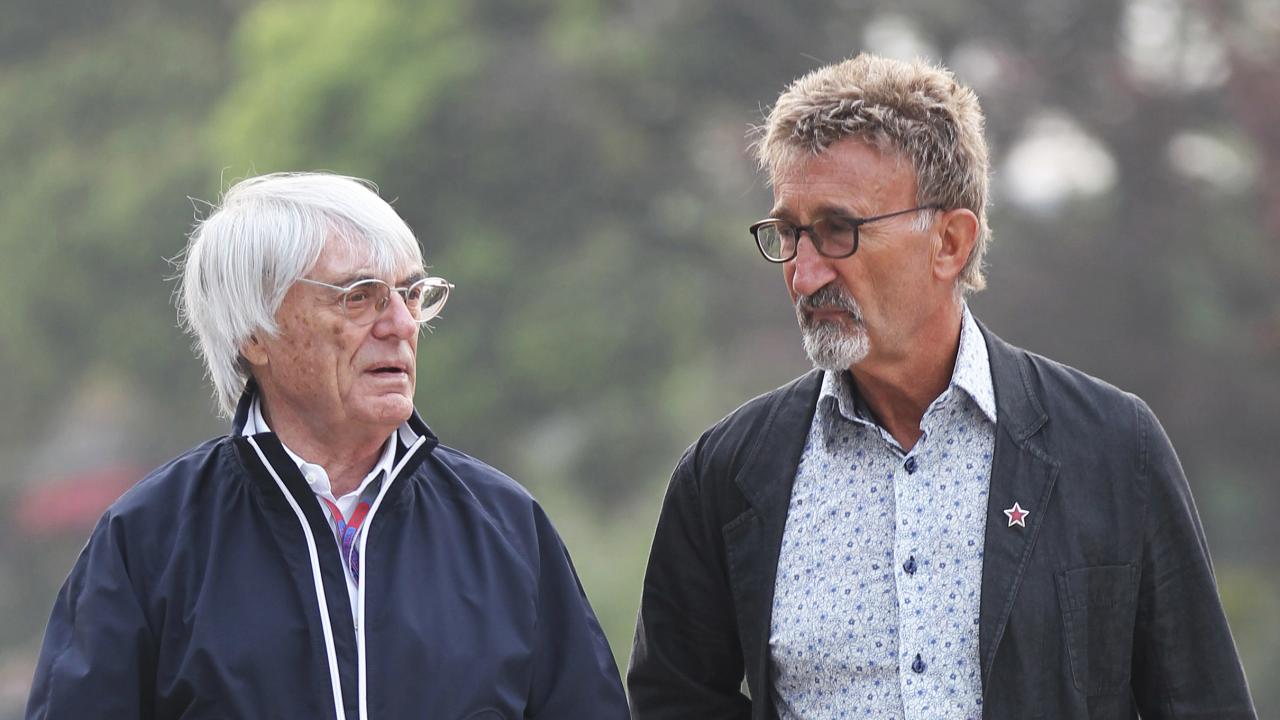 The diminutive F1 mogul was born in Dublin, founding his racing team which bore his name from 1991 to 2005. Jordan Grand Prix found success and was often competitive, punching well above their weight class amongst teams like Ferrari and Benetton. Surnames like Hill, Irvine, Alesi, and Schumacher have graced the flanks of Jordan F1 cars. The talkative lad has since gone on to a career in F1 commentary and a stint hosting Top Gear. 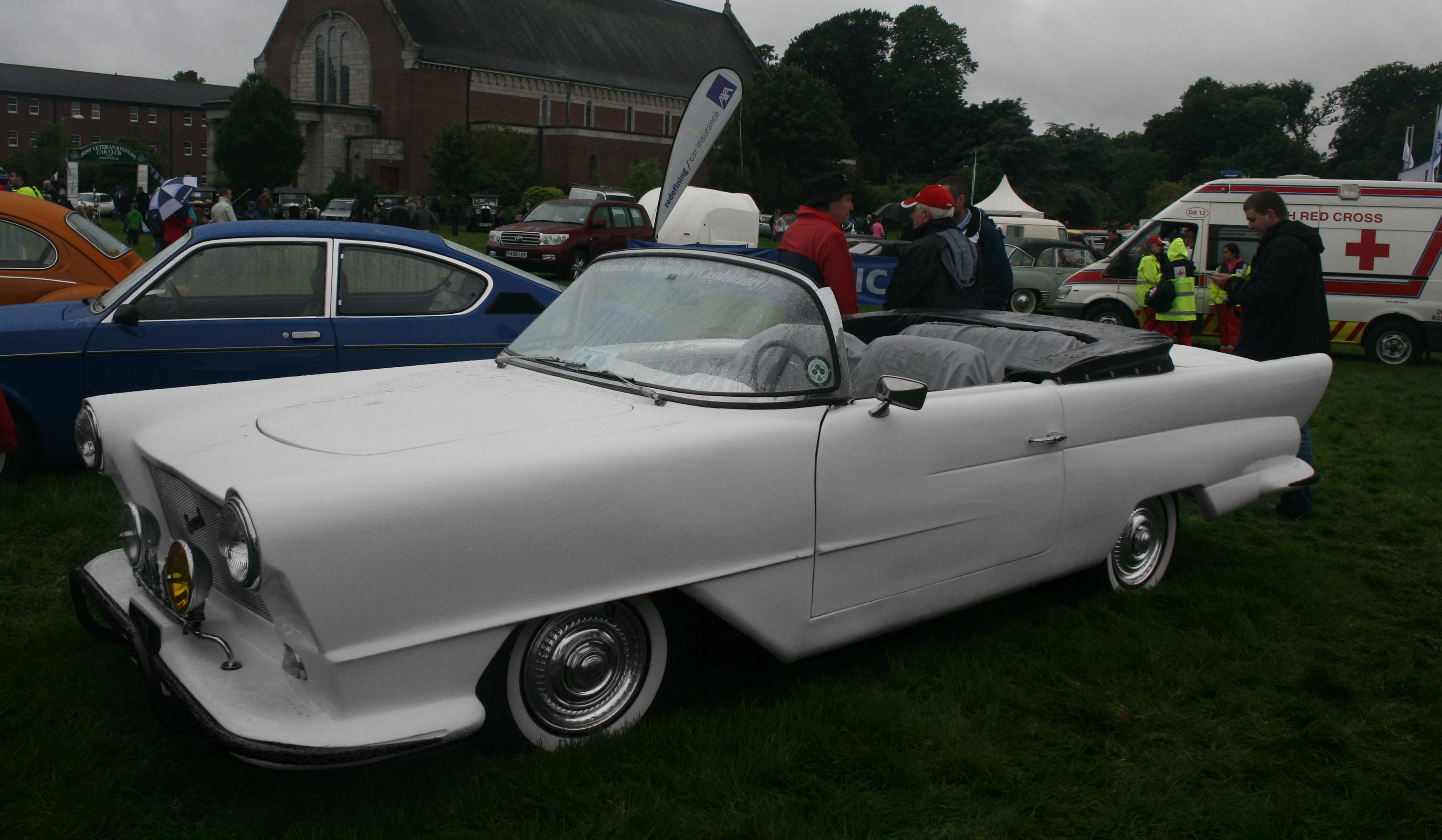 No, this is not The Onion and the Shamrock car is not a parody. Manufactured for a single model year, it was the brainchild of a Californian businessman who was married to an Irish lass. After opening a 40,000 square foot factory in County Monaghan, plans called for production levels of 3000 per year and a sticker price of $2495.

However, there was a problem. Powered by a single-carb 1.5L engine making 53 horsepower, the seventeen foot long Shamrock was too underpowered for the wide open spaces of America but too large for the tight laneways of Britain and Ireland. With huge overhangs and a set of tailfins, it had the proportions of an awkward teenager. Common lore suggests about a dozen cars were built, with about five of those still in Ireland and popping up in Paddy Day parades from time to time. 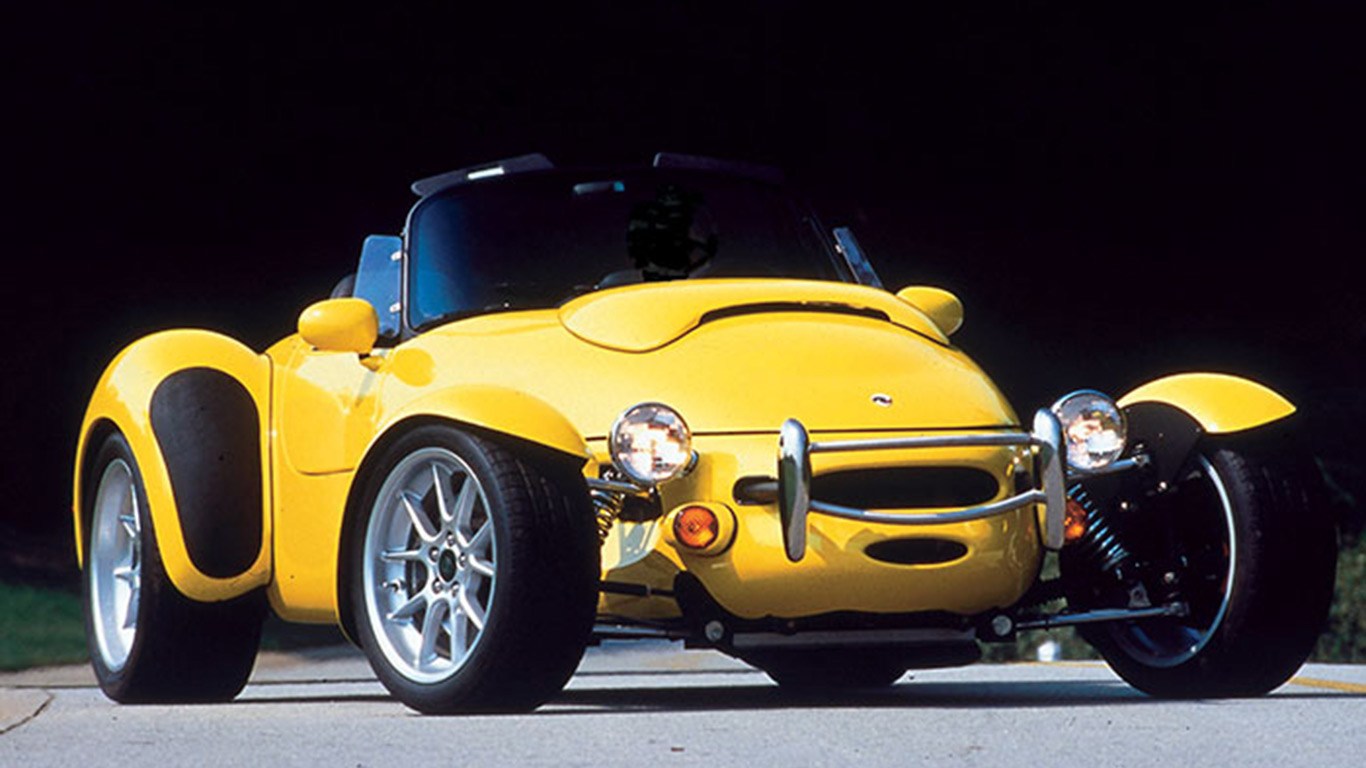 Don’t feel badly if you’ve never heard of this one either, as allegedly only fewer than 40 copies of these lightweight sport cars found their way out of the factory door. Designed as an Irish rival to cars like the Caterham Super 7, the TMC Costin was built from 1983 to 1987. Available with a 1.6L Ford engine in one of three states of tune making anywhere between 84 and 130 horsepower, the fibreglass and aluminum Costin could scamper to 100km/h in about 6.7 seconds. That’s quick today, let alone thirty years ago from a small company making just a handful of cars.

Like Delorean and Shamrock, TMC went bust after spending money but failing to make much in selling their cars. Panoz Auto Developement (yes, that Panoz), snapped up the rights to the Costin’s chassis which eventually went on to form the basis of that company’s roadster a few years later. 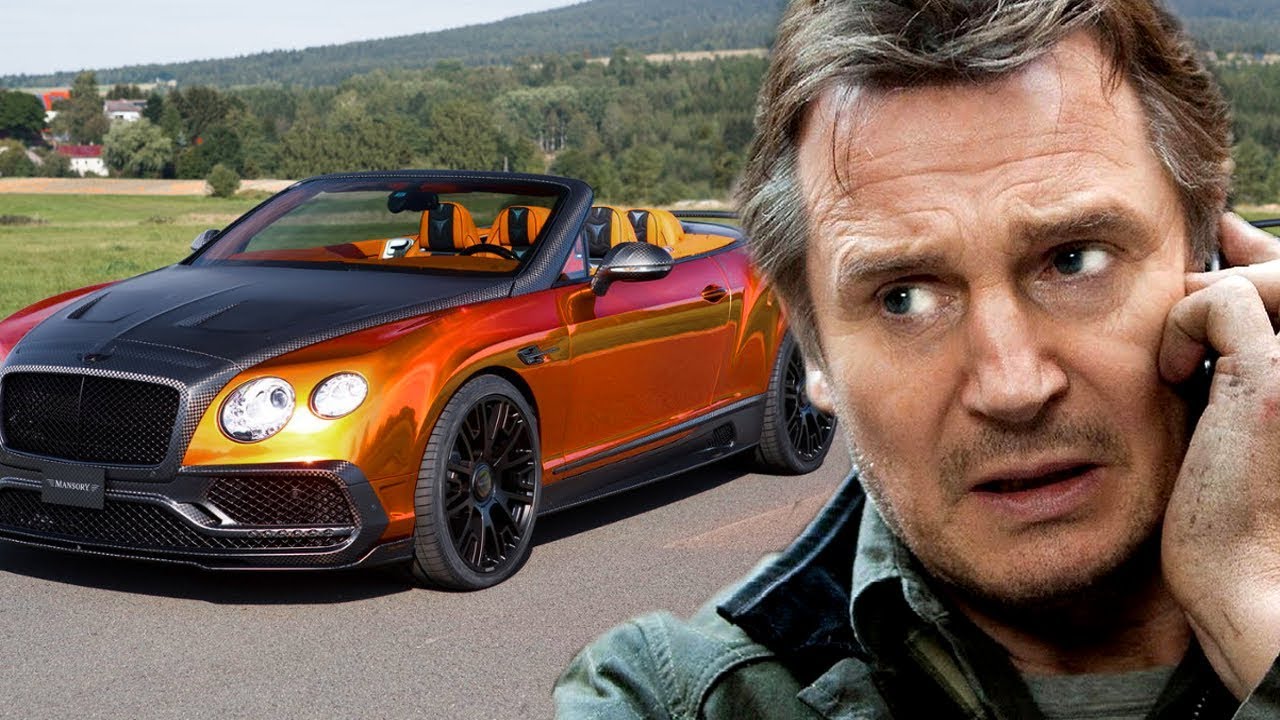 The Irish actor is a gearhead just like us, choosing to splay out some Hollywood cash on a fleet of fine cars. Baller broptop Bentleys, snazzy Mercedes S and E Class sedans, a BMW 5 Series, and a new Audi Q7 are reportedly all part of his half-million dollar collection. 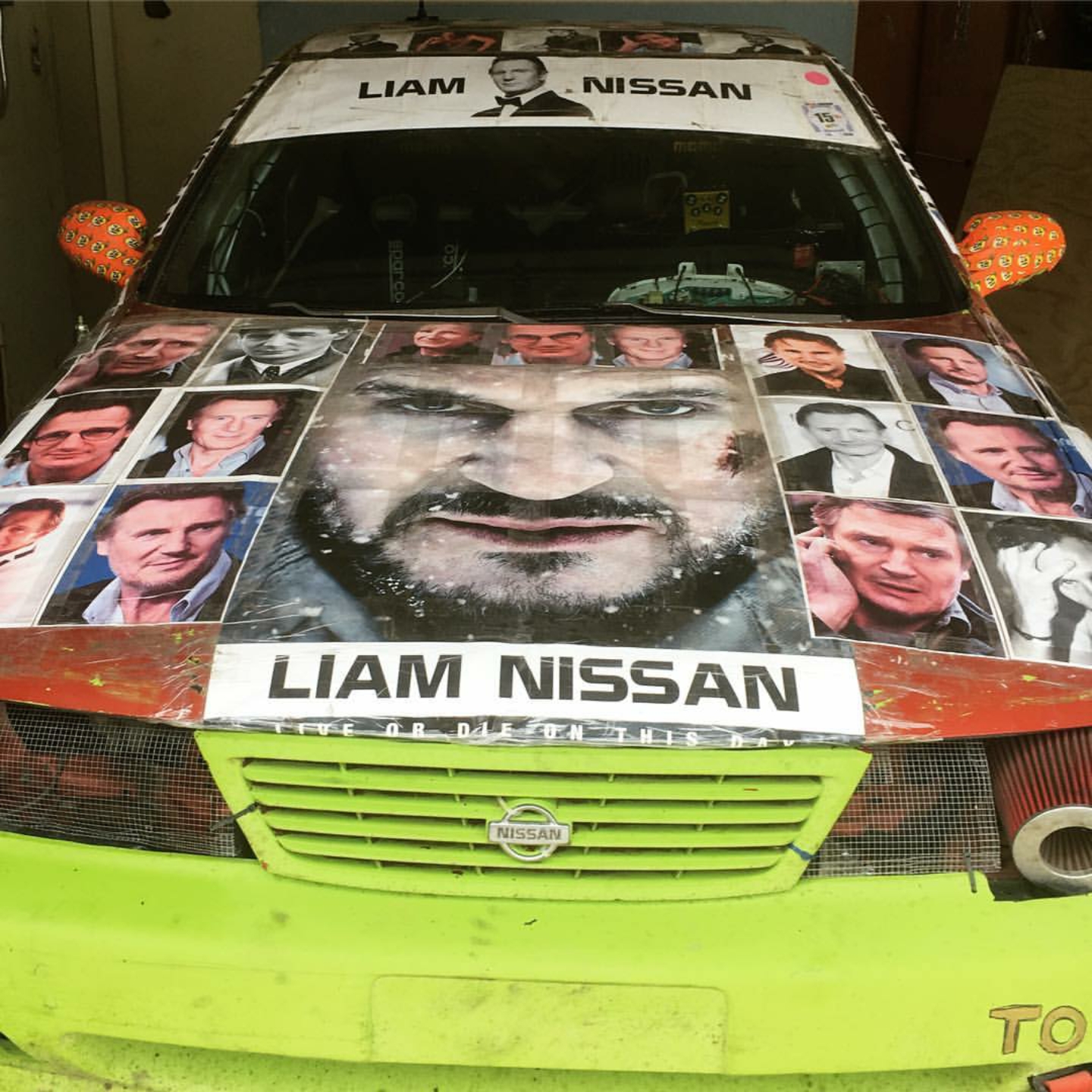 I’m including this fabulous fan creation just because it is wonderfully ridiculous. 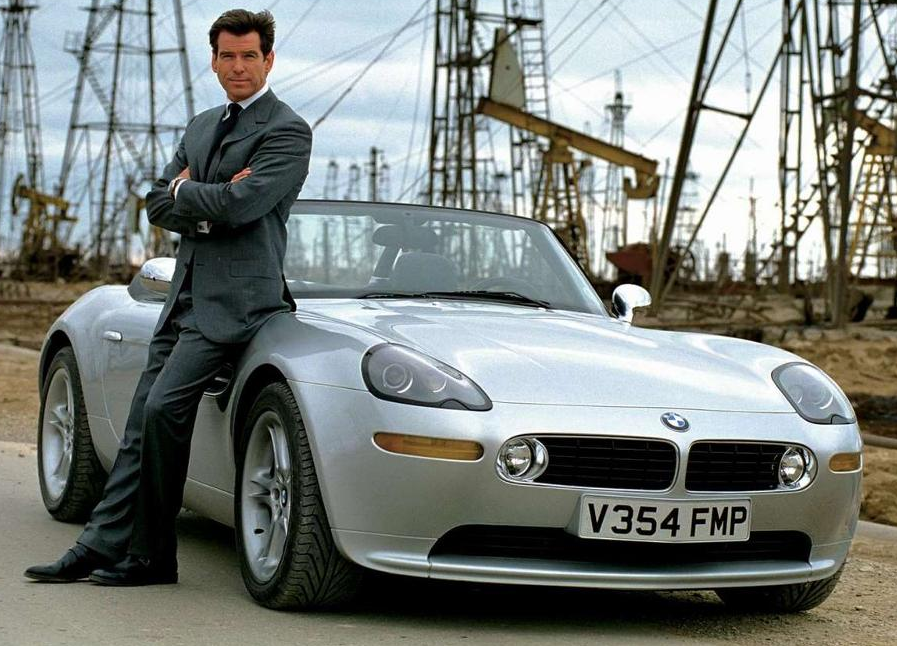 Sure, the man frequently identifies as a naturalized American citizen but he was actually born in County Louth. While his off-screen taste in cars is nothing remarkable, the role of 007 in the James Bond series of films certainly make up for that glaring character flaw. GoldenEye featured the then-new BMW Z3 in what was arguably the most successful product placement of that year. A 750i driven by a remote touchscreen appeared in a later film, as did a Z8 convertible, before giving way to a fantastic Aston Martin Vanquish in his fourth and final film.

May the Road Rise Up to Meet You 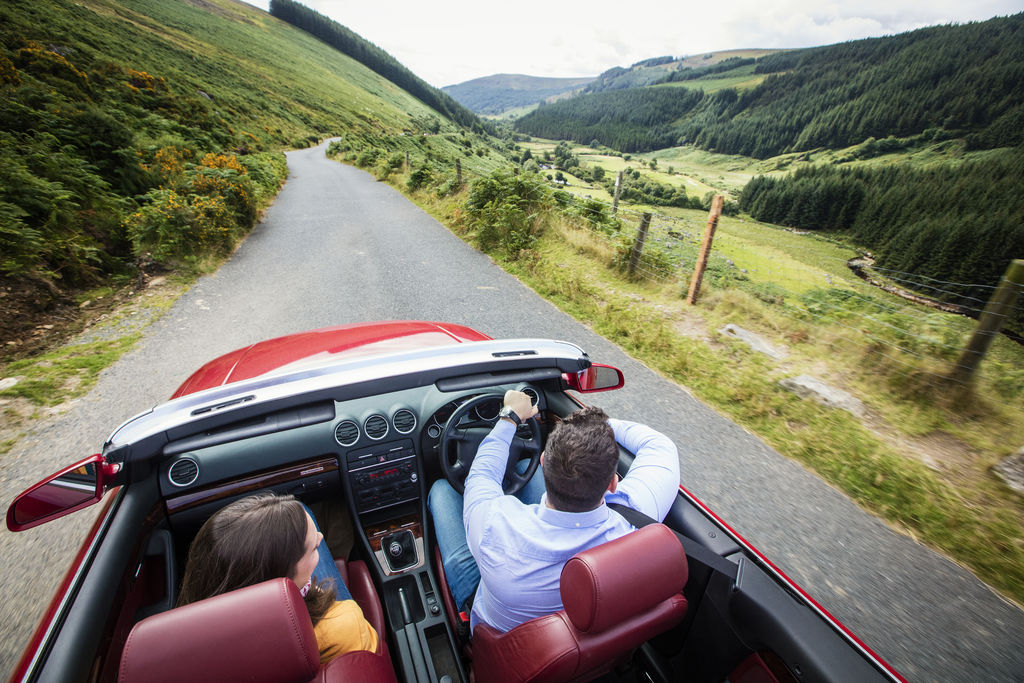 While there aren’t bespoke car manufacturers in Ireland today, plenty of automotive related companies are in business and doing well. Valeo Vision Systems in Galway is a supplier to some of the world’s largest car companies providing driving assistance systems including pedestrian detection and automated parking gear. Their footprint in Ireland includes one of the group’s largest R&D sites. Meanwhile, a company called AutoLaunch supplies assembled components to some big-buck OEMs such as Bentley.

That’s not to mention the island’s beautiful scenery and great driving roads, plus places like Mondell Park or the Dundrod Circuit where Sir Stirling Moss once wheeled his Mercedes. Add in places like Moll’s Gap where rally drivers with vast amounts of intestinal fortitude manhandled their cars around the Irish countryside and you’ve got a part of the world where gearheads are as ubiquitous as potatoes and a pint of lager.

Everywhere around the world, officials will wave a green flag to start a race. Given Ireland’s propensity for all things automotive, it makes sense why that color is so closely associated with the place. 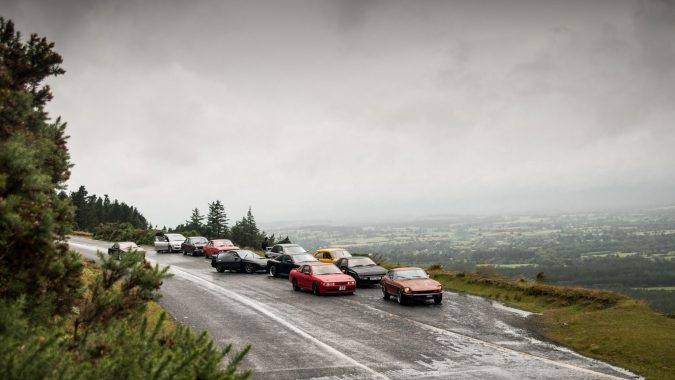 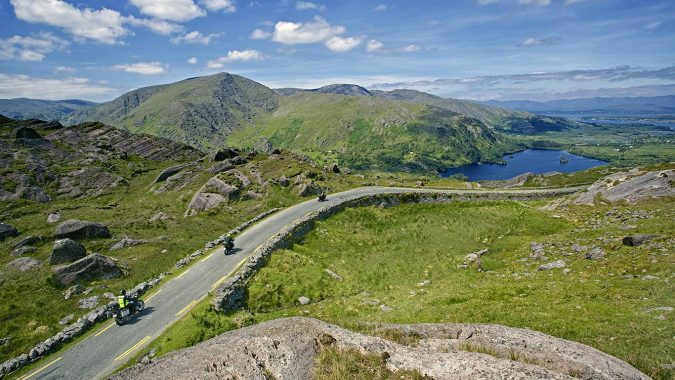 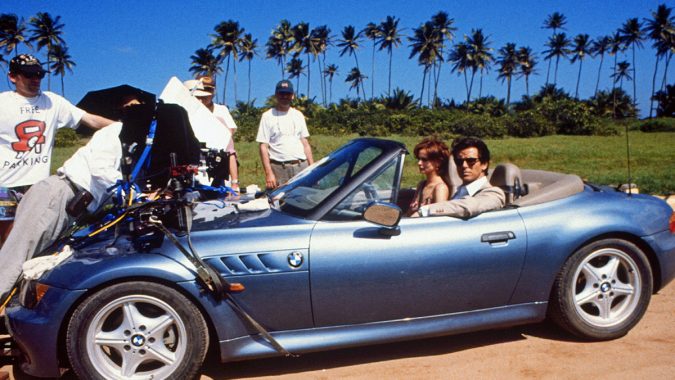 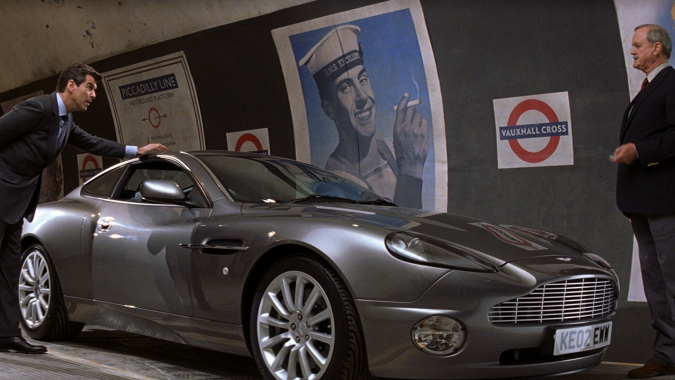 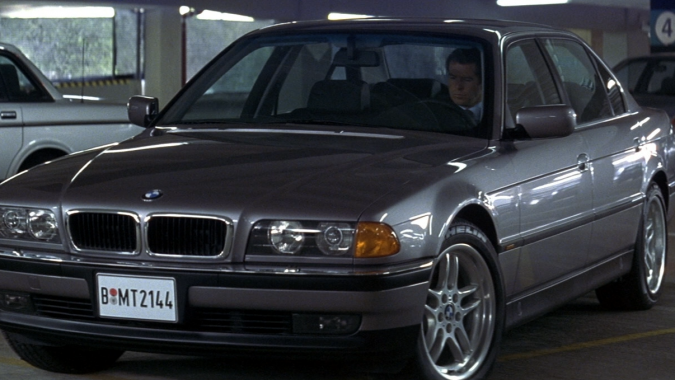 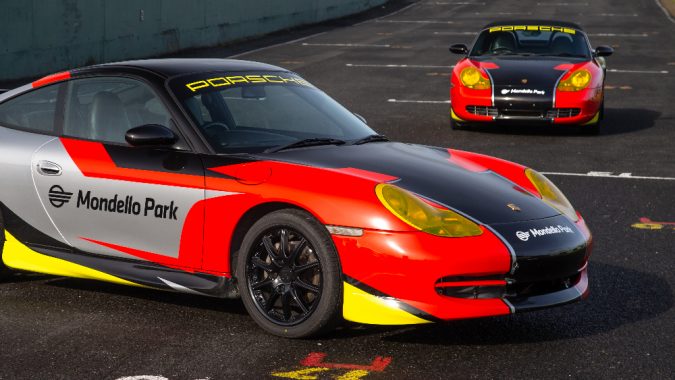 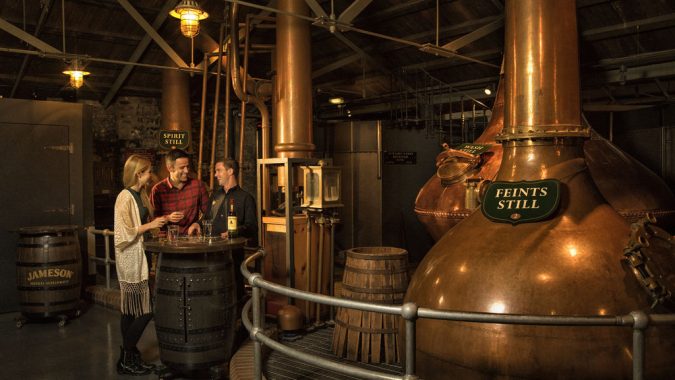 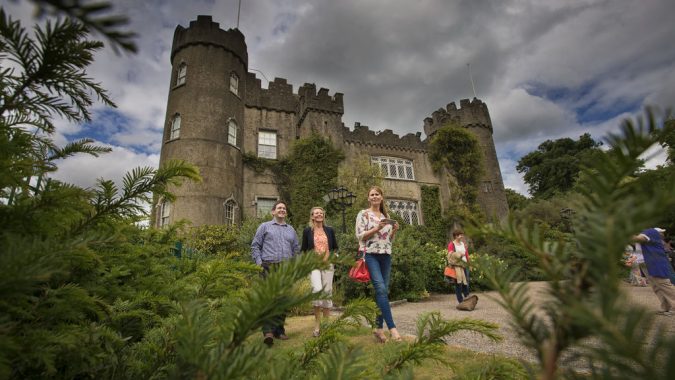 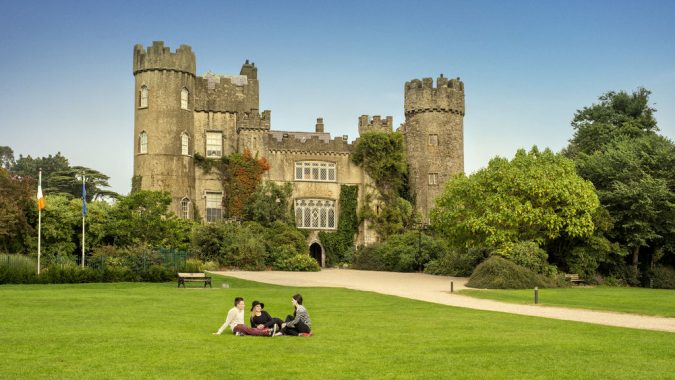 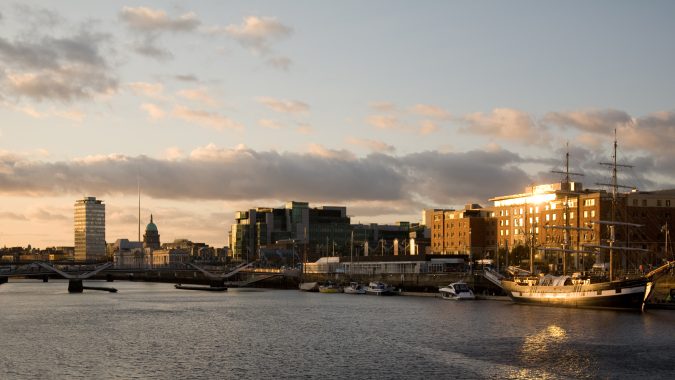