A marque synonymous with success in the world’s toughest endurance race.

Aston Martin is building a throwback special edition to celebrate 60 years since one of its greatest racing wins. A callback to 1959, when a pair of DBR1 racers finished 1-2 at the 24 Hours of Le Mans. The DBS 59 is a DBS Superleggera with some special touches from Aston’s Q commissioning division.

The DBR1 was a sports car built by Aston Martin in 1956, intended to win the World Sportscar Championship. The 250 hp, 3.0L, inline-six-powered open-cockpit racer wasn’t immediately successful, but it wasn’t a slouch either.

By 1959, the automaker had five DBR1s ready to race. The company didn’t have the budget to build them more quickly, even with the DB4 helping to boost sales figures.

That year, the car finally found success at La Circuit de la Sarthe and it did it in a big way. The cars finished 1-2. The winning car had none other than Carroll Shelby behind the wheel, sharing driving tasks with long-time racer Roy Salvadori.

One of the rarest Astons ever, a DBR1 sold last year for £17.5 million. Making it the most valuable British-made car ever. 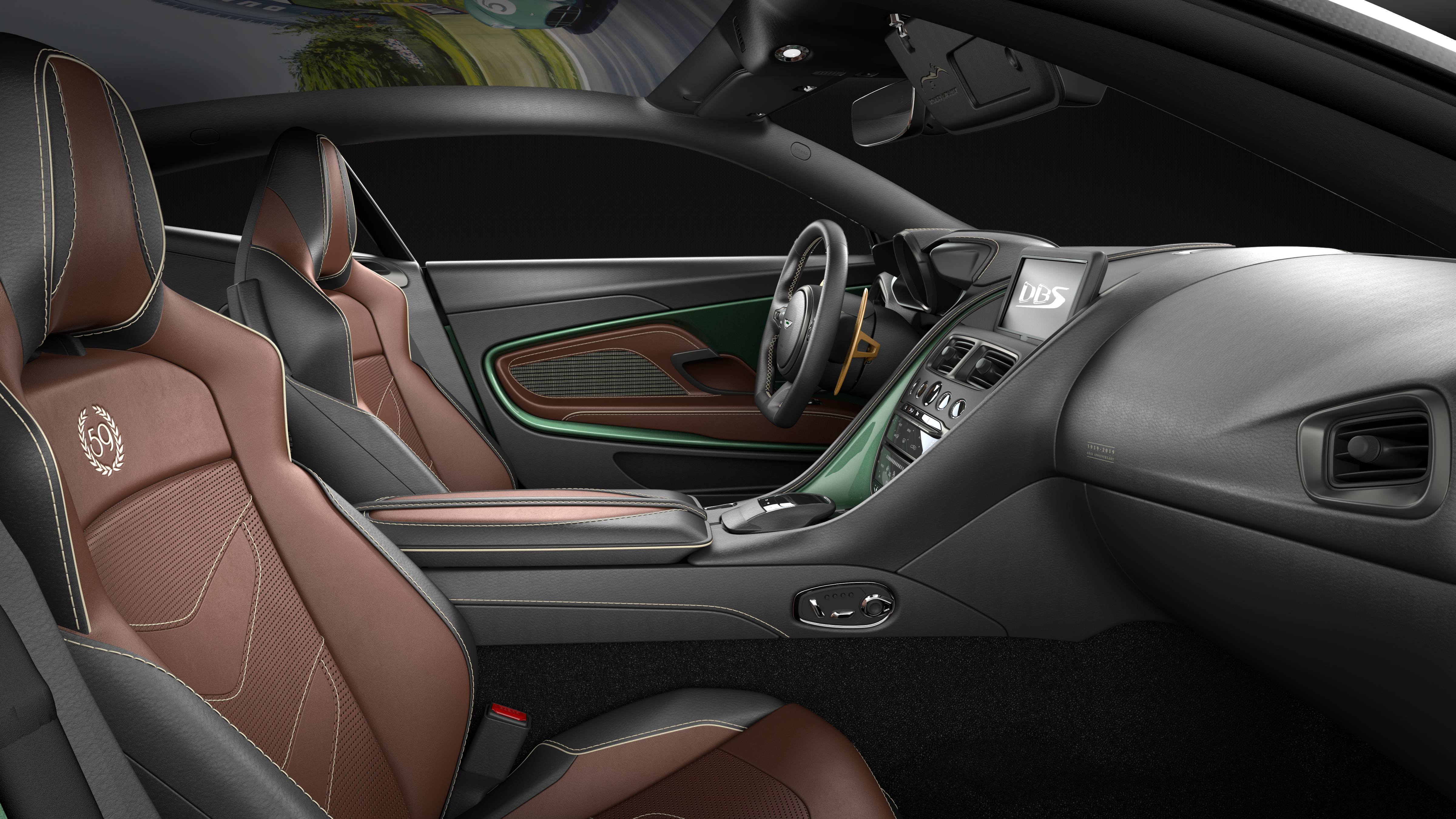 The DBS 59 is built as a tribute to those racers. Starting with the paint, which is, of course, Aston Martin Racing Green. The car also uses exposed carbon fibre extensively, though the original wouldn’t have had any of that. The roof, strakes, and the bonnet louvres are all glossy carbon.

Inside, the car wears obsidian black and chestnut tan leather. Again inspired by the original, with seats wearing a brass “59” logo stitched onto the backs.

More bronze detailing is scattered around the car. That includes the grille surround, the rear badge, and a silhouette of the old car on the carbon spoiler of the modern one.

Q by Aston Martin, the brand’s bespoke customization centre, is responsible for the changes to the car. Their starting point was the DBS Superleggera. The DB11-based model that uses a 715 hp twin-turbo V12 and produces 663 lb-ft of torque. Power is unchanged, though the car certainly isn’t lacking. The gearbox is the same eight-speed automatic that’s toughened from the DB11s to handle the torque.

Aston’s Q division is only making 24 of these DBS 59 cars, all built for Aston Martin of Cambridge. The cars come with other period accessories like vintage overalls with logos. Replica string-back gloves inspired by those worn by Shelby during the winning drive. A replica 1959 racing helmet, and a two-piece luggage set. You know, just like they use in racing. It’s the fourth time that Aston of Cambridge has commissioned a run of cars like this, including the V12 Vantage S Spitfire 80 from last year. 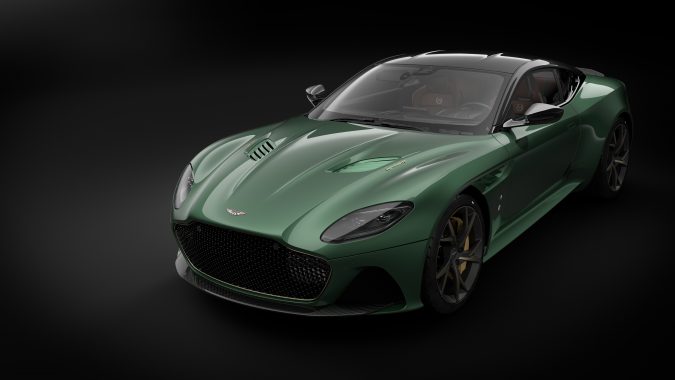 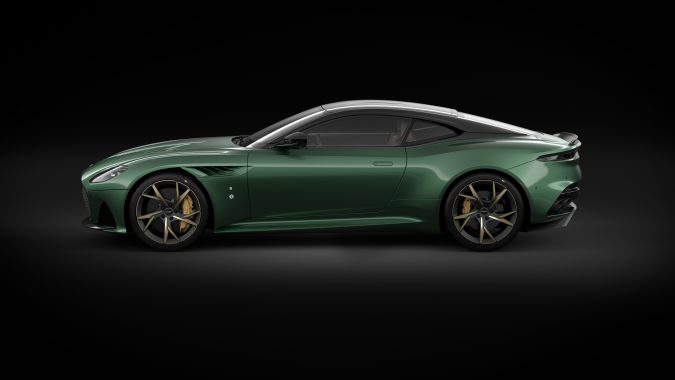