Article was updated 9 years ago

Join the Conversation (0)
The only way Danica Patrick will win a NASCAR Sprint Cup race is if she’s the only driver on the track, says the legendary "King" of stock car racing, Richard Petty.

Petty, who visited Toronto Sunday for an appearance at the Canadian Motorsports Expo (for the live blog from there, please click here), answered quickly and decisively when asked if the former IndyCar star who's now a second-year driver for Stewart-Haas Racing would ever visit Victory Lane in the Cup series.

"(Only) if everybody else stayed home," said Petty, who started his NASCAR career in 1958 in a race at the long-gone Canadian National Exhibition Speedway in downtown Toronto. 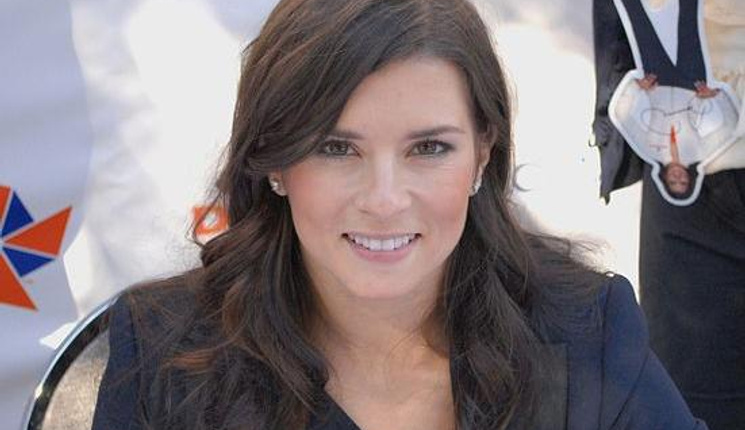 Petty spent much of the time in a media scrum discussing how NASCAR has evolved over the years from "race time" to "show time" and he acknowledged that Patrick has been good for the sport in that respect.

"If she’d have been a male, nobody would ever know if she’d showed up at a race track," said the seven-time Daytona 500 champion. "This is a female deal that’s driving her. There’s nothing wrong with that, because that’s good PR for me. More fans come out, people are more interested in it. She has helped to draw attention to the sport, which helps everybody in the sport."

"When NASCAR Cup racing first started, it was racing," he said. "Over a period of years, with our sponsorships, what we had to do for TV, to get the fans to come, the first thing you know is that the race is secondary, because all the rest of it is buildup, buildup, buildup.

"It’s sort of like, say, watching the Super Bowl; it was a lot more exciting watching the buildup than the game. The game just happened to break out in the middle of a good party. We’re not quite that far along but in order for us to do what we need to do on race day, the sponsorship and the fan stuff, we have to do all this other stuff.

"It’s like us coming up here, there’s no racing around here right now, but we can go out and start advertising our sponsors. We can come to Canada and say our next race is Daytona, come on down and see us. It takes all of that to really make it work. Like I say, it's become a show-time deal."

"I remember my dad came up to lap me and knocked me into the wall and I crashed. I do remember that part. He went ahead and won the race, so that kinda made up the difference."

Reminded that NASCAR was the support race on a supermodified show that night, Petty - who was known as Dick Petty in those days and who finished 17th in his first race - said:

"You have to figure that in 1958, NASCAR was really a southern sport. I mean, we went from Virginia to Florida and from Florida to Texas. It was all down below the Mason-Dixon line. We came up here and it was lucky that anybody had ever heard tell of us.

"It’s about 500-600 miles from here to my home, which is right in the middle of North Carolina, so we were really off the beaten path. At that time, we just knew we had a race, we came and ran the race and then we put all our junk on the trailer and took it back home."

Petty and his son Kyle ventured north in the 1980s to run a Kawartha Cup snowmobile race at Peterborough for sponsor STP and it was so cold they had to call off the races because "the ice was coming up (off the track) in sheets." Quipped the seven time Winston Cup champion:

"The guys in the grandstands were throwin’ beer cans on the track and I thought, ‘Hey, this is just like home.’ "