The feedback from Canadians and discoveries during other testing led Canadian Tire to deploy what it calls ‘SnowGroove II’ technology on the Winter Edge tire.

A couple of weeks ago, I tried to explain Canadian Tire to an American friend.

“They sell all kinds of parts and accessories for cars and trucks.”

“Kinda. But they also have hardware items.”

“So sorta like the Home Depot with car stuff?”

“But they have household items, too. And some of them also sell clothes.”

It’s safe to say that Canadian Tire is unique to the Great White North. A solid majority of our country has purchased something, at some point in their lives, from them. I’ve often said if one could bottle the scent of Canadian Tire – a mix of rubber, new tools, and motor oil – or put it into an air freshener, they’d make a mint.

Canadian Tire knows most Canucks are very familiar with their stores and the company’s in-House brand: MotoMaster. CT calls it a ‘heritage brand’, one that is ingrained into the hearts and minds of many Canadians, even if it hasn’t received a lot of attention lately. In fact, it has been a while since the retailer has stamped the MotoMaster name on an all-new tire.

This year, that changed. Seeking to offer a new winter tire with the latest safety technology, the company recruited 17 ordinary Canadians and invited them to the Mécaglisse circuit in Notre-Dame-de-la-Merci, located in the Laurentians north of Montreal. The participants, pre-qualified as people who do a lot of driving but not necessarily well-versed in what makes a tire tick, talked about their past experience with driving during the coldest month of the year. This led to a great conversation about the pain points most people have with winter tires.

“For the first round of research, we put 17 everyday Canadians into cars fitted with prototypes of the Winter Edge,” a Canadian Tire rep who worked directly on the project explained to me in an interview. “Their feedback allowed us to solidify some of our design decisions on the final product. When that was ready, we invited them back to the proving ground to try our new tire.” 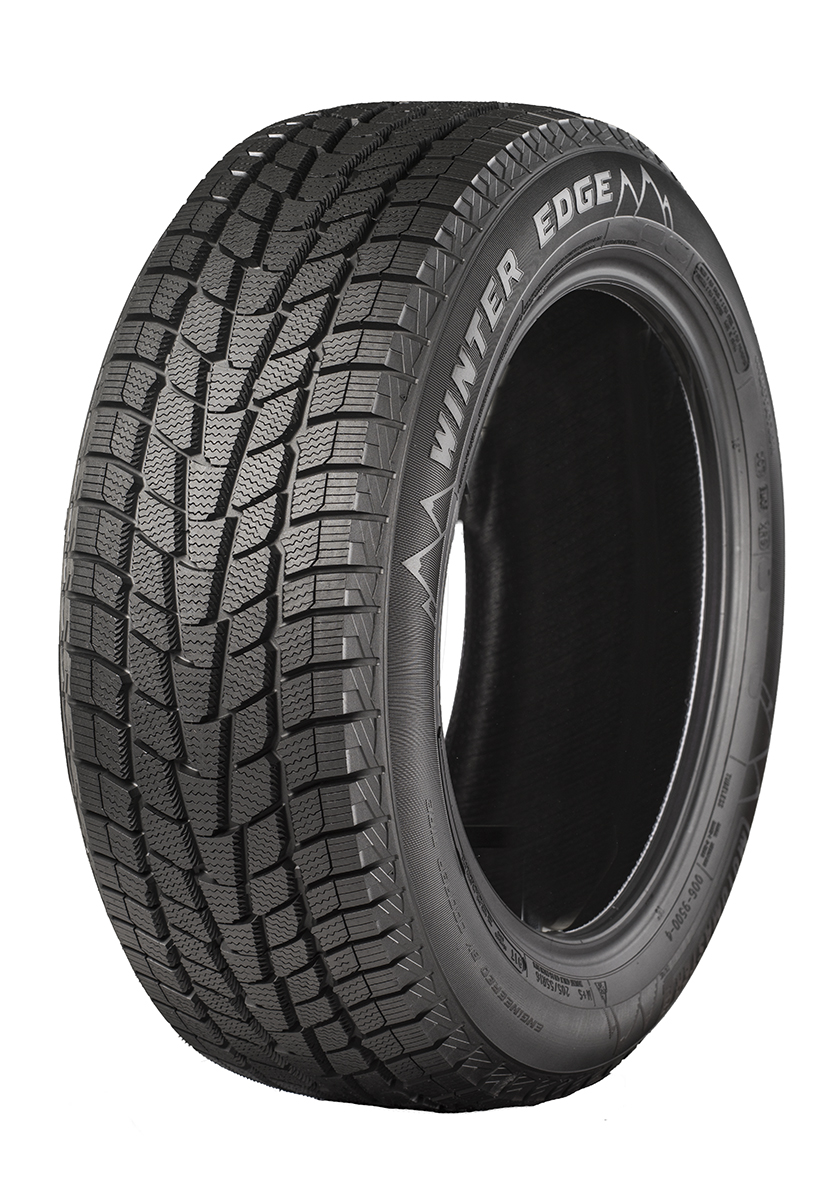 The whole process from inception to completion took about two years. It was decided pretty early in the process that regular Canadians would be involved in the development of the new tire. After all, who knows how to handle winter conditions better than Canadian drivers?

Canadian Tire used front-wheel drive Mazda 3 and Honda Civic sedans as the vehicles on which they tested the new MotoMaster Winter Edge during its development, reasonably assuming that the majority of its target audience would be putting this tire on a front-drive or front-drive based vehicle. The tire is available in sizes to fit most popular models of family sedans and crossover vehicles.

The tire itself is packed with new technologies, both molecular and mechanical, which were developed in concert with Cooper Tires. Innovative technologies such as multi-angle sipes – those little grooves in the tread blocks of winter tires that provide extra biting surfaces – are meant to improve handling when turning on snow- and ice-covered roads. By giving the sipes angles instead of leaving them straight, the tread blocks have less opportunity to squirm about.

To see what the experts at Canadian Tire are talking about, try the following experiment. Find a block of styrofoam and place it on a smooth surface such as your kitchen table. The styrofoam will act as a tire and the table will act as a slippery road. Now, push the styrofoam along the tabletop. Pretty easy to do, right?

Now, make a few shallow cuts along one of the surfaces of the styrofoam block. These will act as the sipes one finds on the tread block of good winter tires like the MotoMaster Winter Edge. Try pushing it along the table again. Not so easy this time, is it? That’s because, by making the sipes, one has effectively increased the surface area in contact with the road. One might notice, though, that it is now possible to make the styrofoam block squirm a bit if you press down hard on the sipes and twist the block with your hand.

Here’s where the MotoMaster Winter Edge stands out: by making those sipes in a zig-zag pattern instead of a straight line it effectively strengthens the tread block, eliminating that traditional ‘squishy’ feeling one used to get when driving on fairly dry pavement with winter tires. After all, despite our trademark atrocious weather, our roads are rarely snow covered 100% of the time during the winter months.

The feedback from the 17 Canadians and discoveries during other testing led Canadian Tire to deploy what it calls ‘SnowGroove II’ technology on the Winter Edge tire. The grooved edges found on the tread blocks maximize snow-on-snow contact, increasing traction levels and furnishing that sure-footed feeling we all look for when driving on the white stuff. In fact, the centre rib of tread blocks on the Winter Edge tire are asymmetrical with saw-toothed shaped edges that contribute to a larger footprint. This improves handling and stability.

In real world testing, your humble author put this tire through a series of situations, ranging from sheet ice (thanks, Christmas Day ice storm) to deep snow (hooray, unpredictable Atlantic Canadian weather). In the white stuff, it was easy to see the mechanical technology at work as the tire packed its treads full of snow for extra traction but kept its sipes clear so they could do their job of channeling away water. While other cars fought for traction, our family car plodded surefootedly though winter’s worst. 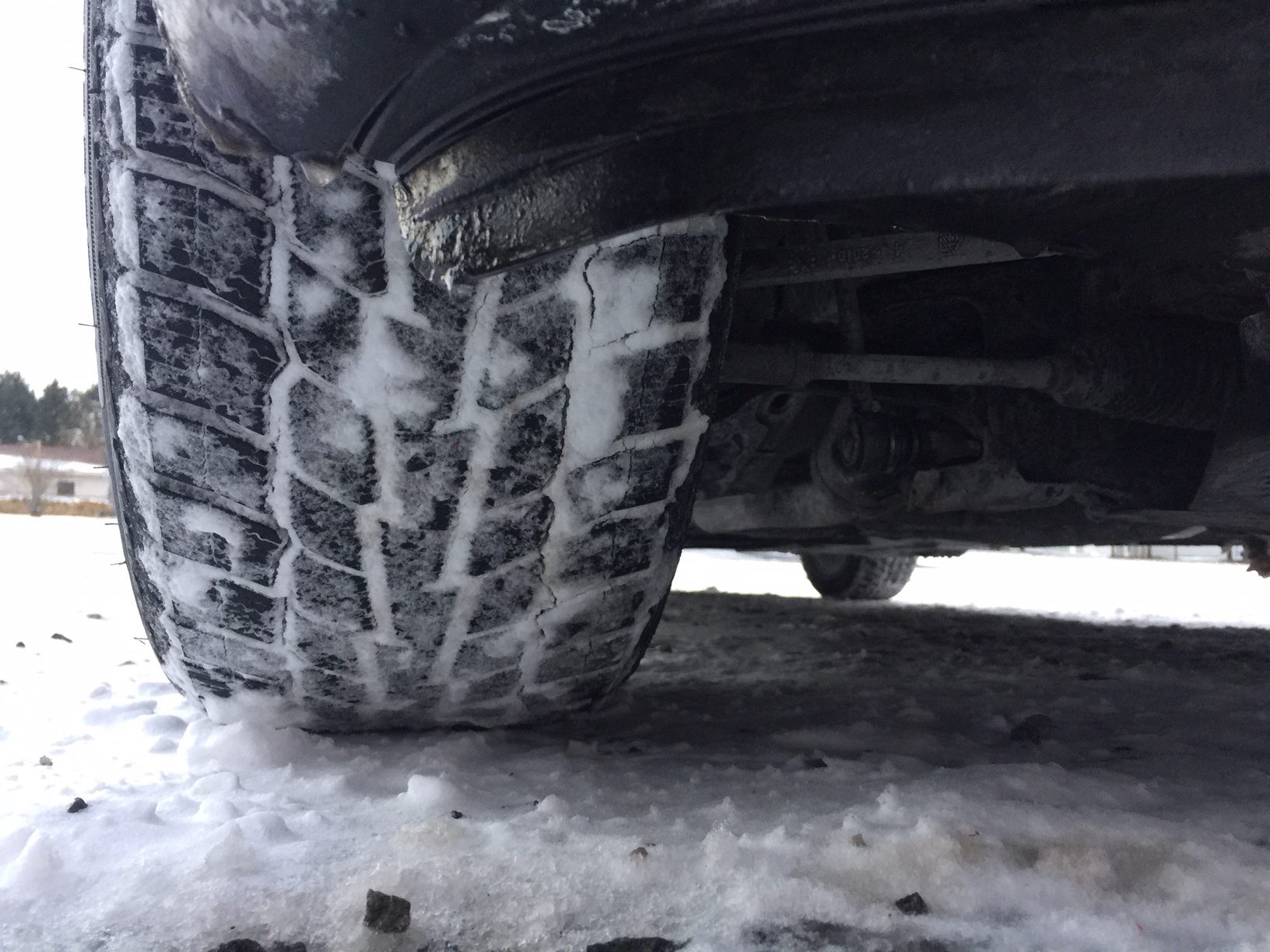 For ages, Canadian Tire has marketed winter rubber from a variety of manufacturers – and they’ll continue to do so – including a few tires made specially for CT but bearing the name of other national tire brands. Now, they’re ready to take what 17 Canadians helped them learn at the proving ground, prepare it for prime time marketing efforts, and stamp it with a heritage brand.

And why not? MotoMaster is a recognized brand offered by a retailer who knows a thing or two about how Canadians drive and what they look for in a tire.

After all, it’s right there in their name.