It was a great learning experience. For about two weeks the students, looked at the science, technology, engineering and the math process it takes to make a vehicle that can be used in the Arctic.

As Christmas approaches, the Toronto Star Wheels crew ponders the type of vehicle Santa Claus drives in the off season.

That’s when Rudolf and the other reindeer roam the North Pole with the rest of their herd, and all the elves are busy preparing toys and treats for the next Yuletide.

Does he drive a bright red sports car, an SUV, or a much larger vehicle able to accommodate the extended family of elves?

Considering the terrain and weather at the North Pole, you have to take into account vehicle features that would be required and how it would be powered.

And we always come to the same conclusion. These questions are best answered by the experts who know Santa best—kids.

So this year we asked Grade 1 students at Toronto’s Maurice Cody Junior Public School near Bayview and Davisville Ave. to put their pencils, crayons and coloured markers to work in designing what they believe St. Nick drives when his sled is parked.

“The kids were thrilled to be part of this project,” said Andrew Howard, the school’s principal. He thought it was a unique seasonal class assignment for all 100 of the school’s first graders in six classes to take on, with the work of one class to be featured in The Star.

The students of Jennifer Peters’ class took on the Wheels project and began by discussing design concepts, vehicle power train options and environmental considerations with their teacher and Karen Dawson, a student teacher assigned to their class.

They considered all of the features that Santa’s vehicle would require.

“It was a great learning experience,” said Peters. “For about two weeks the students, Karen and I looked at the science, technology, engineering and math process it takes to make a vehicle that can be used in the Arctic.”

“There was a lot of brainstorming about what Santa would want to drive in a North Pole environment, and through the changing seasons. They considered all the information we looked at and applied it to their own designs.”

The kids put a lot of imagination into their work, from the fuel St. Nick’s ride would run on to the features he’d require.

Since there is an abundance of snow where Santa lives, Sam C., Kate S. and Jackson suggested that melted snow would be the ideal fuel. Ben, Matthew and Naomie figured that since Santa has special powers, the snow where he lives would be magical and provide peak engine performance.

Cassie designed her vehicle to run on both snow and dirt, while Sam K. chose electric power stored in super battery packs to run his Santa car.

Because all animals love Santa just as much as kids do, Luc and Addie thought a team of hardy Arctic wolves would howl at the chance to pull the vehicles they designed for North Pole travel.

Noel, Mackenzie, Dylan and Kate W. opted to use candy canes as fuel for their car concepts because there must be plenty of those treats if Santa, Mrs. Claus and all the elves and reindeer live there.

And because there are so many presents where Santa and the elves live, Idan designed his vehicle to run on the power of gifts, as there is no denying how much they brighten up everyone’s lives.

Emile’s design featured a variety of fuel options and he added spiked wheels for good traction on snow and ice.

All the students felt Santa’s vehicle should be roomy enough to handle a number of passengers and also offer state-of-the-art comfort, as well as an array of technical and safety options.

“It was exciting for the students to work on this project.” Peters said. “They worked very hard for 6-year-olds and they all put a lot of thought and imagination in their designs.”

And it sure shows. 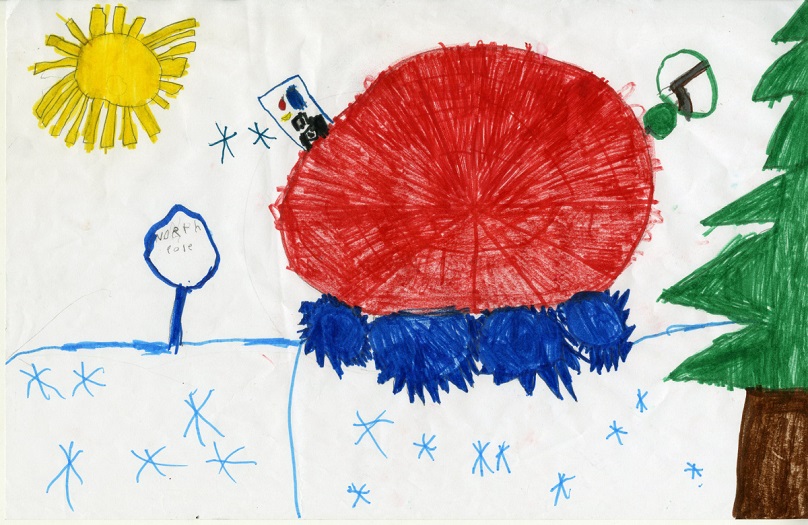 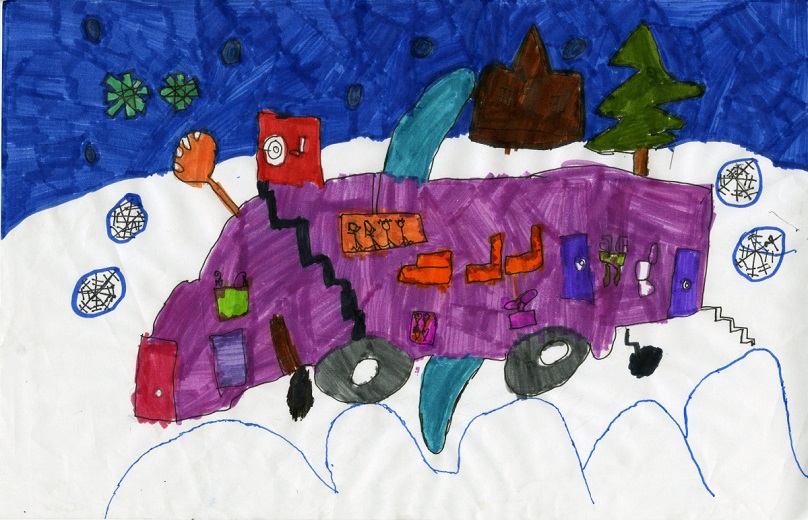 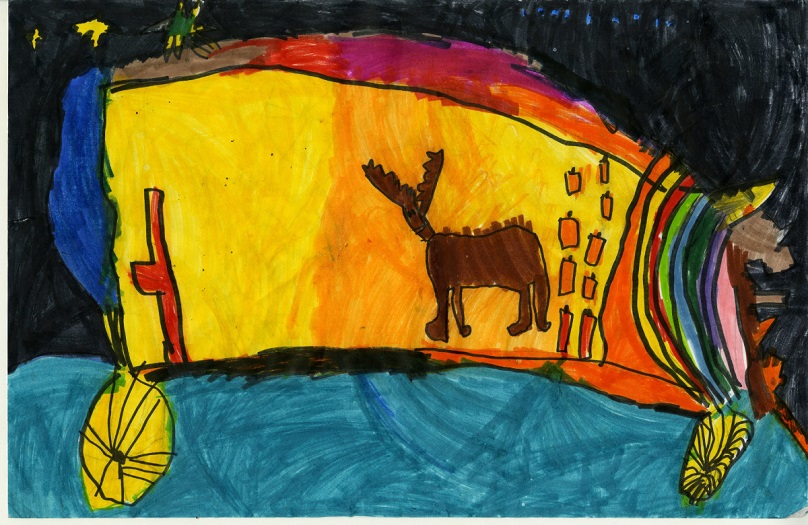 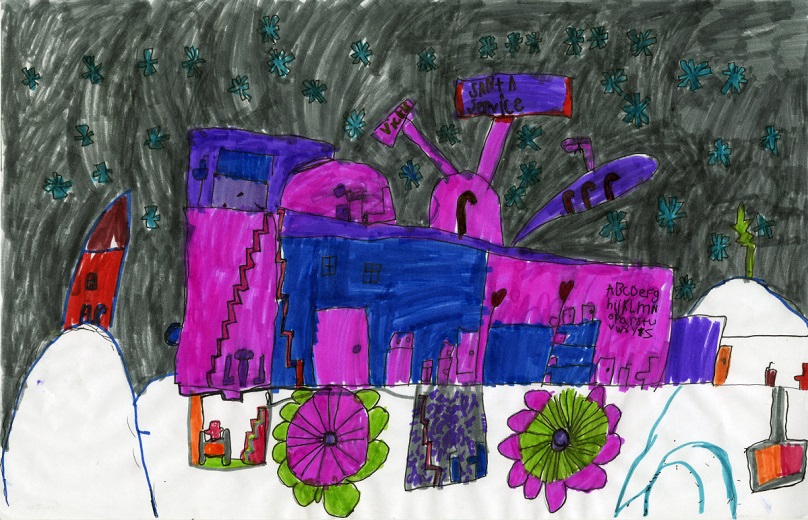 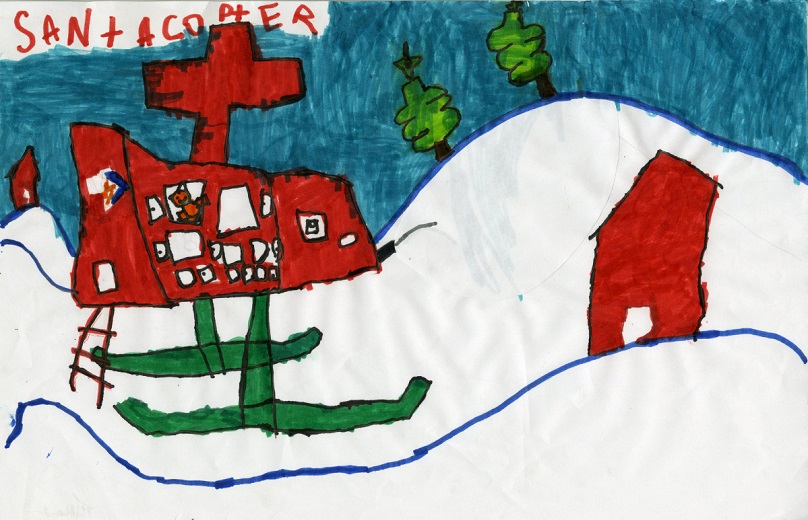 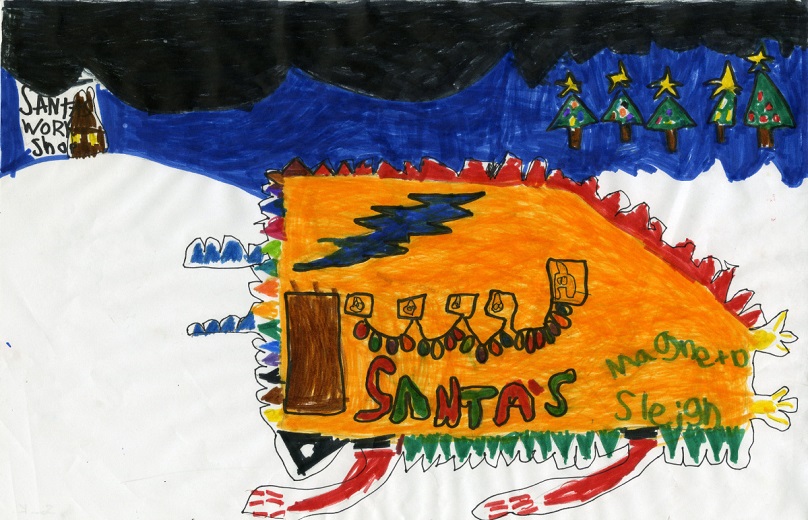 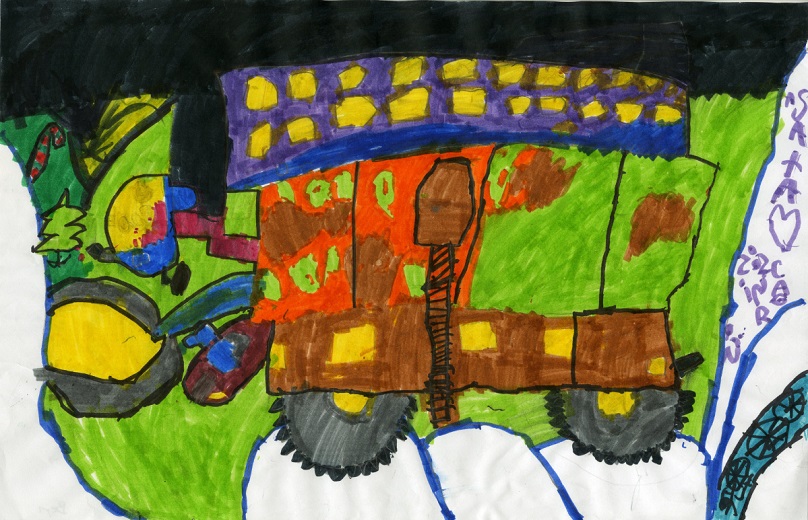 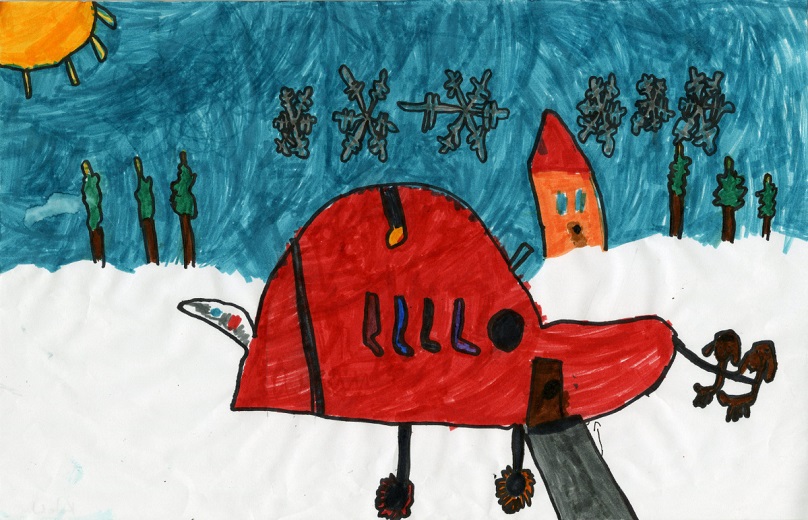 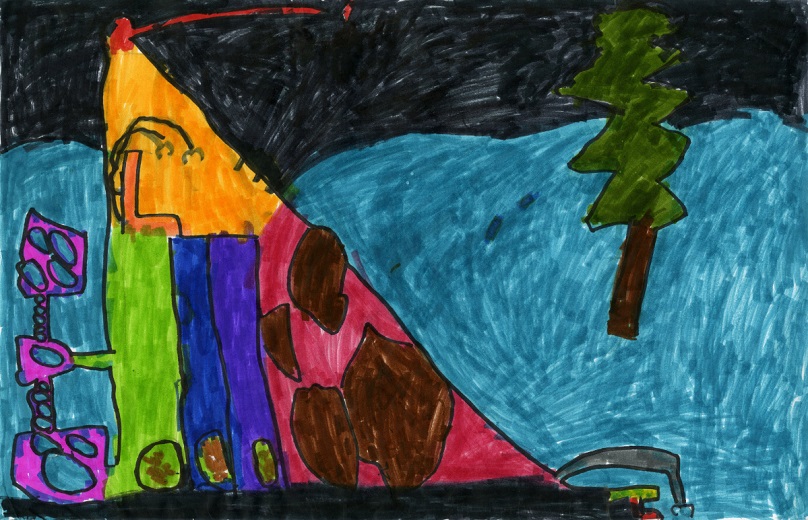 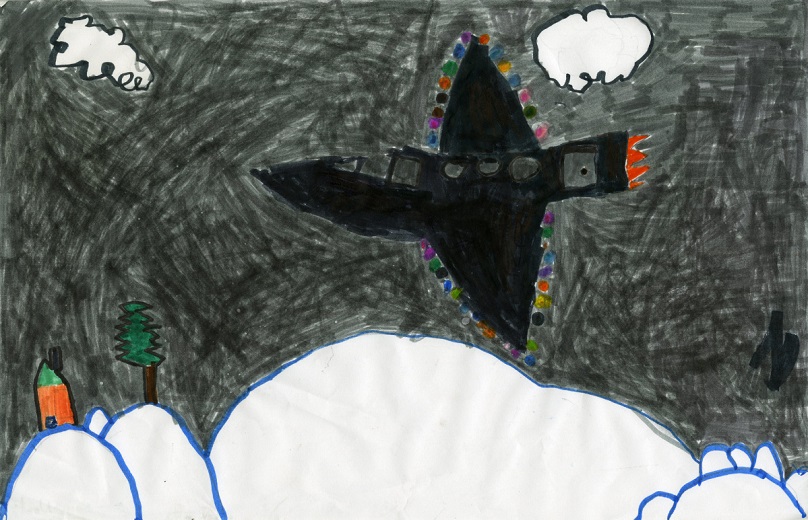 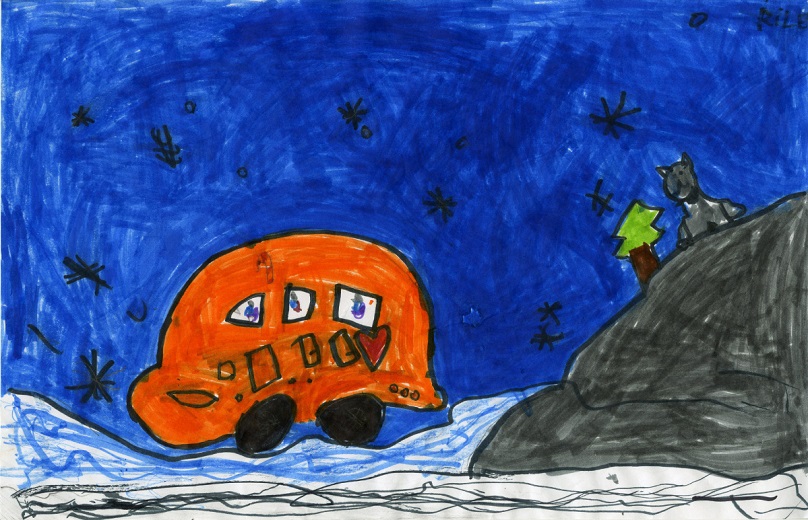 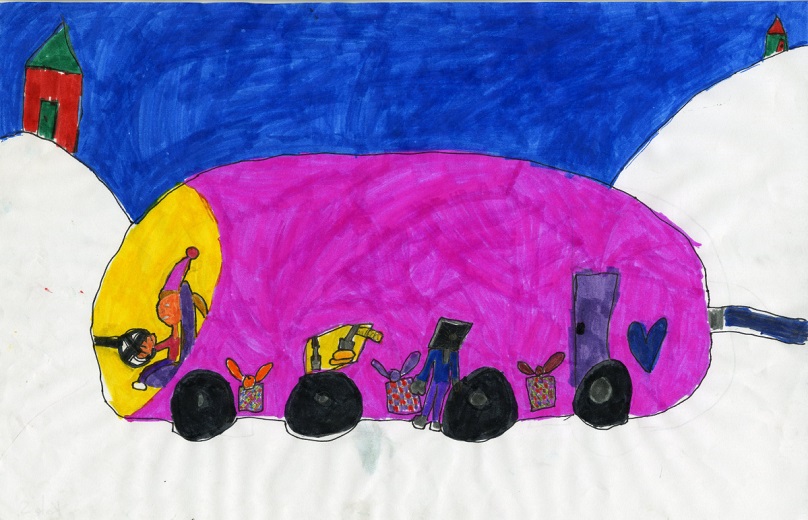 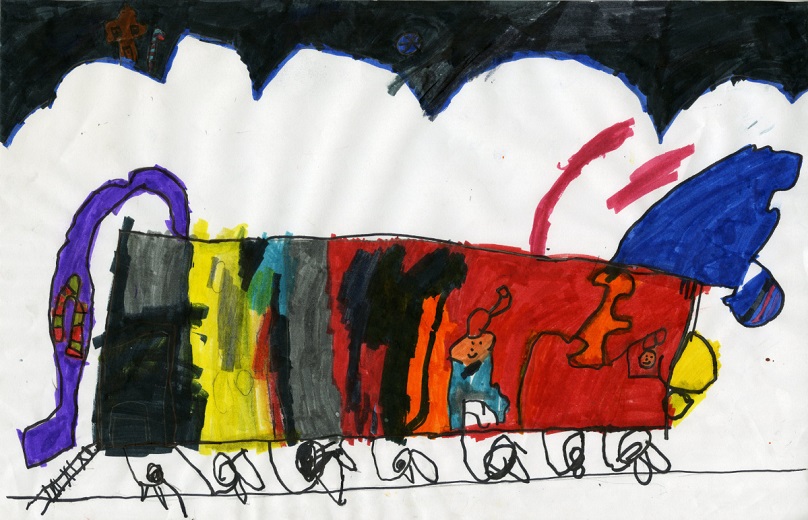 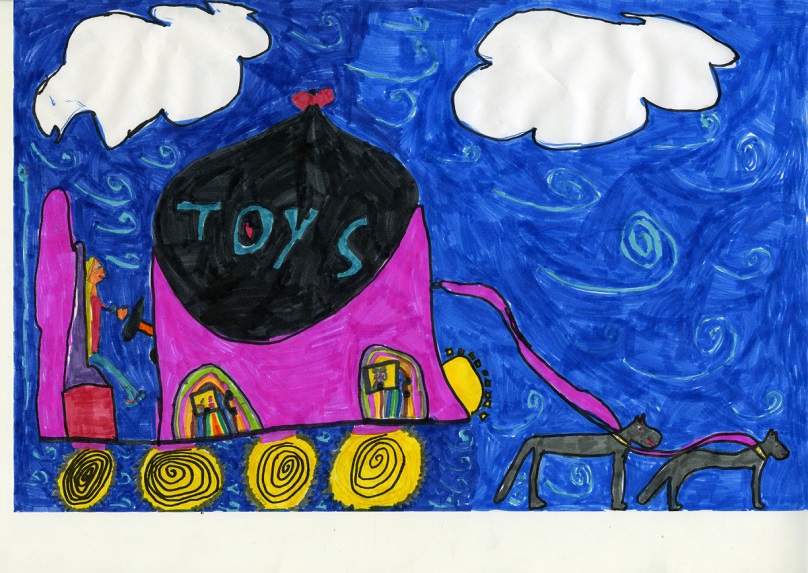 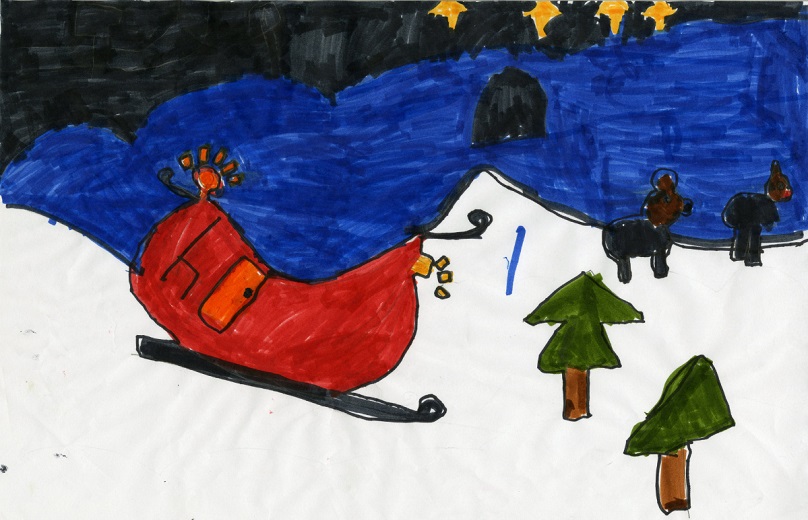 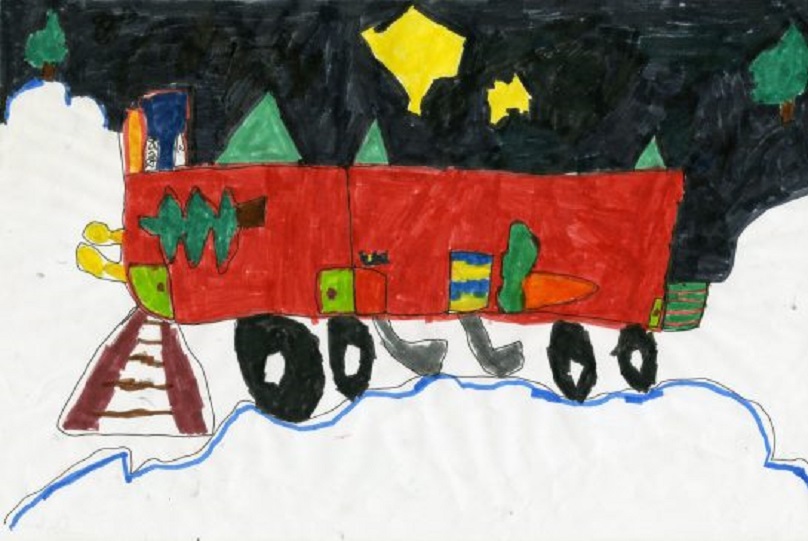 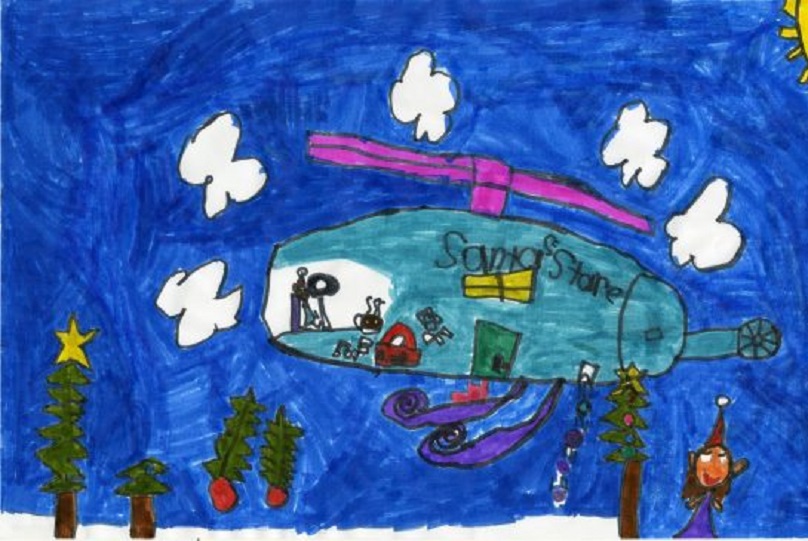 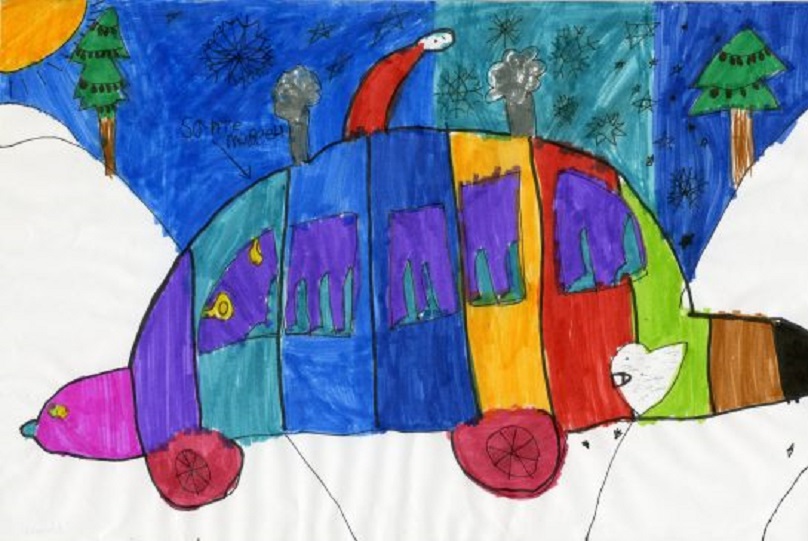 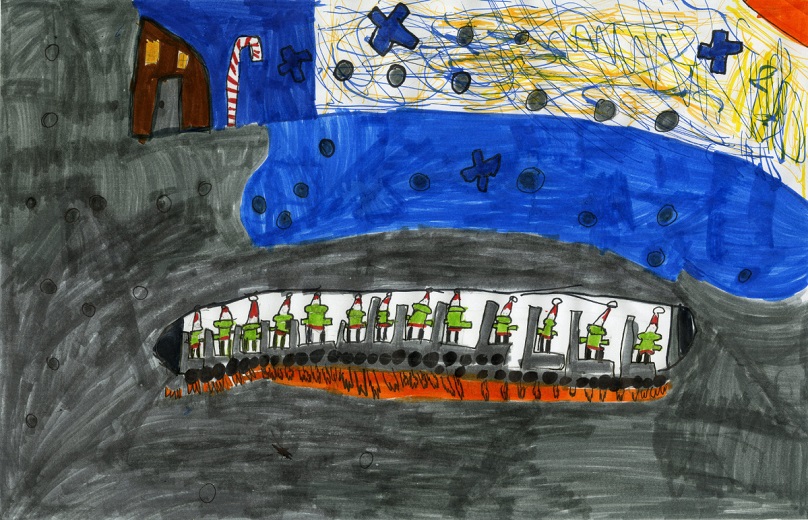