One of the biggest attractions each year at the Canadian International AutoShow, and at auto shows generally, are concept cars.

While concepts are often deployed at auto shows as beacons to attract visitors to manufacturer displays, they also serve as important carriers of new technology and design innovations that could be rolled out across a manufacturer’s entire lineup over time.

In fact, many concept vehicles provide strong hints as to where a carmaker is headed, so while it might be tempting to view the four assembled below as little more than bright and shiny flights of fancy, don’t be surprised if ideas contained in these concepts are available in cars at your local dealership in the next few years.

Listed below are four concepts appearing at the AutoShow this year: .

The sleek BMW Vision M NEXT sports coupe is a plug-in hybrid prototype designed to showcase BMW future tech from both design and propulsion standpoints. The Vision M NEXT features a Power PHEV drive system that offers a choice between all-wheel and rear-wheel drive formats, along with pure-electric power or a turbocharged 4-cylinder gas engine. Combined output is rated at 600 hp, enabling the Vision M NEXT to go from 0 to 100 km/h in only three seconds. A BOOST+ mode puts even more power into the driver’s hands with the push of a button. In terms of range, the Vision M NEXT can travel up to 100 km on a full charge in pure electric mode. 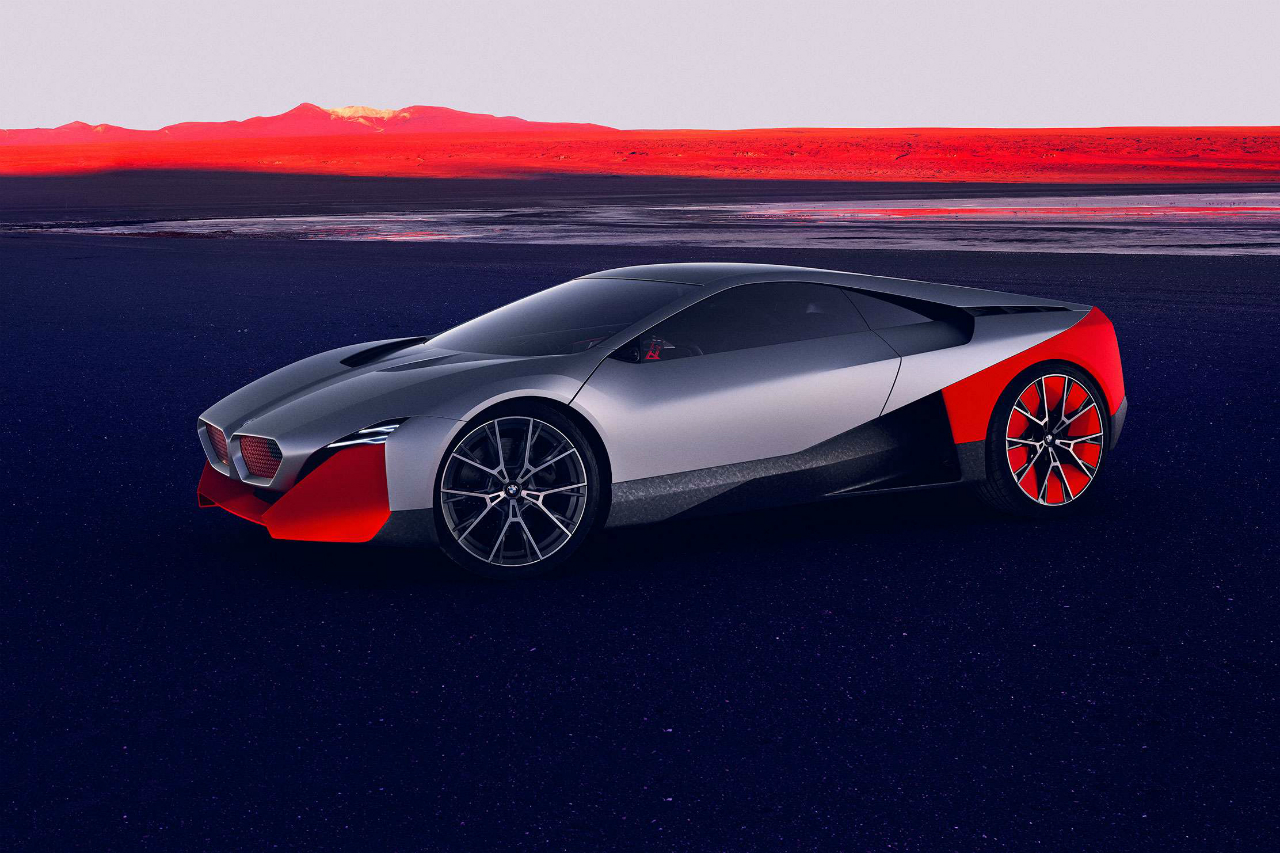 As for design, the Vision M NEXT sports a wedge-shaped, sports car profile with gullwing doors, while on the inside, adaptive displays feeds relevant information to the driver as conditions change. For example, when the car speeds up, displayed information shifts into the driver’s direct field of view and consists of more focused driving-related data. 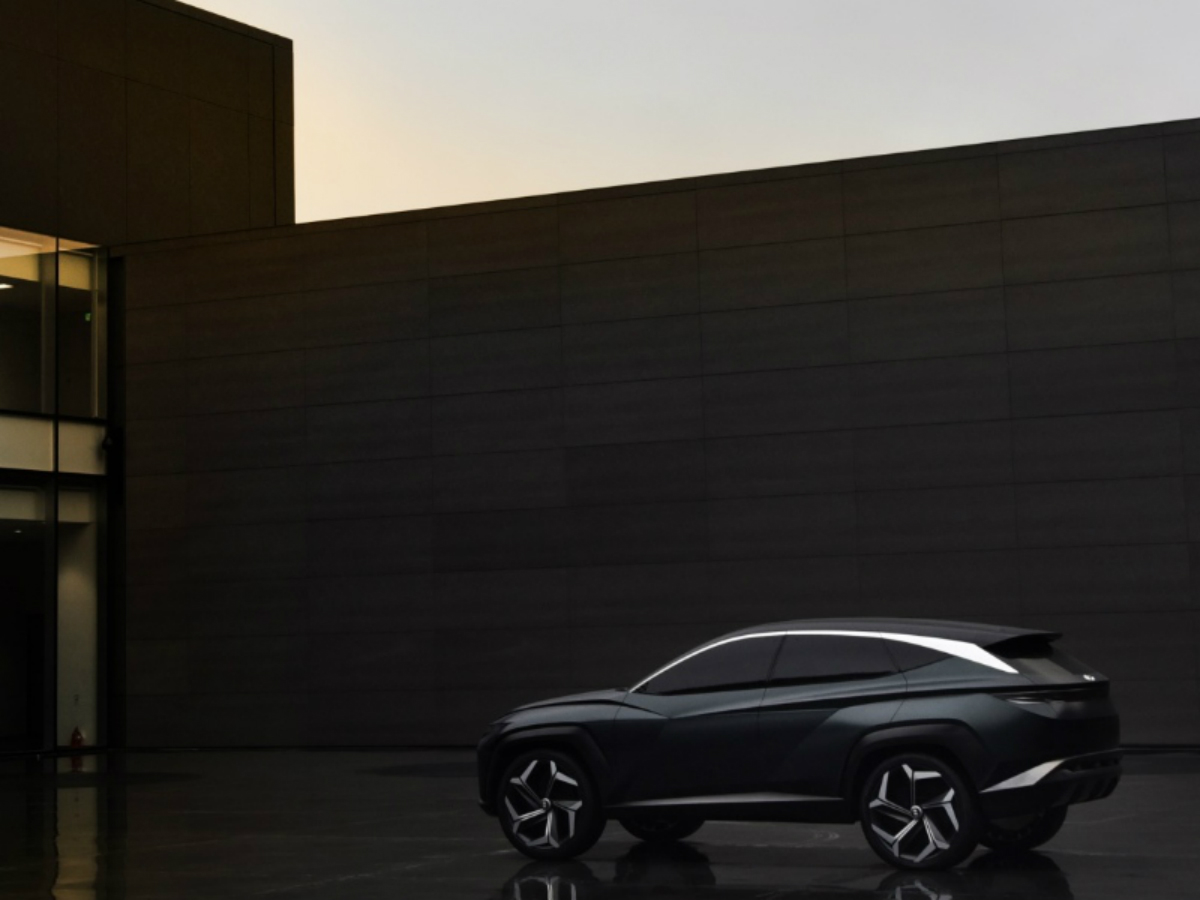 Hyundai hasn’t revealed details about the Vision T’s powertrain but have shared a few of its other details. Among these are the Parametric Air Shutter Grille Design, which remains closed when the car stationary, but open cell by cell in a programmed sequence once the vehicle is moving for powertrain cooling and enhanced aerodynamics. Elsewhere, the Integrated Hidden Signature Headlamp system uses a half-mirror system with a metallic appearance that transforms into lighting once the car is running.

Infiniti has stated that the Qs Inspiration sport sedan concept is a preview of a future production model that is designed to highlight the company’s future electrification strategy which will see three new electrified models arrive within the next five years. 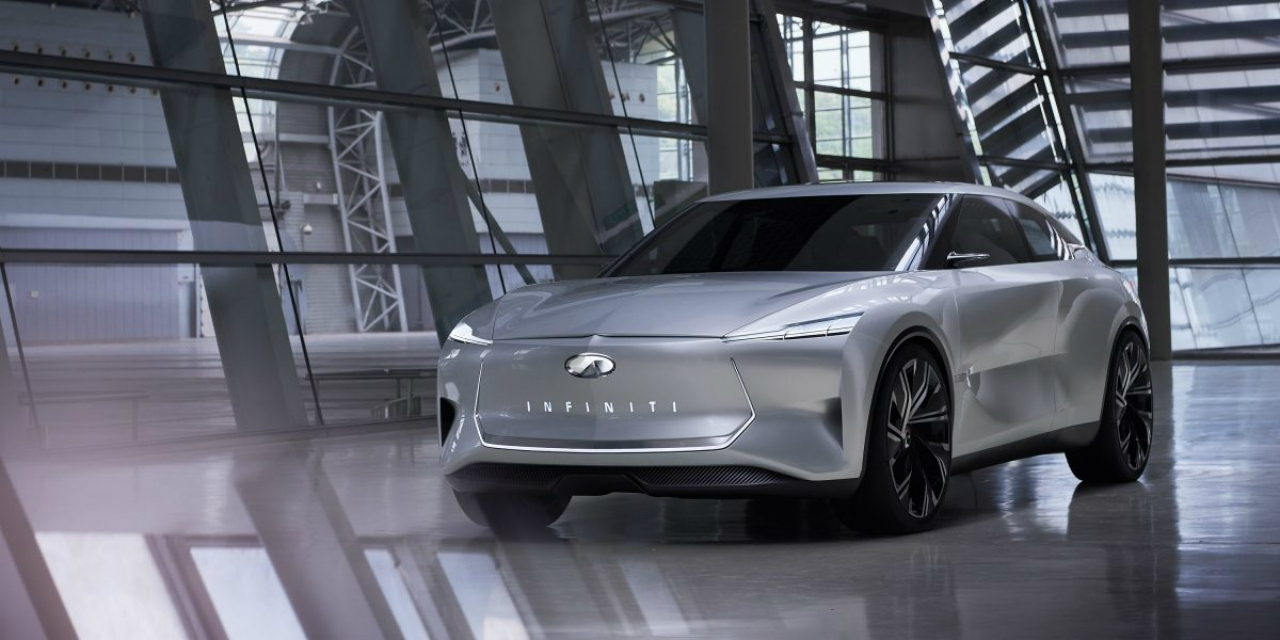 The body styling of the Qs Inspiration appears to be a bit of a cross between a sedan and an SUV with a stance that isn’t as sleek as the former, nor as boxy as the latter. Infiniti has said that not having to accommodate a front-mounted internal combustion engine has enabled its designers to change the proportions of the sport sedan. The interior features two distinct zones: a driver-focused cockpit that emphasizes driving performance and a more relaxed passenger zone with individual seats and unique colour palette.

Powertrain details are scarce at this point, although Infiniti has said that the product to be based on the Qs Inspiration will be a high-performance pure electric with all-wheel drive.

The LF-30 Electrified Concept signals the future of Lexus with respect to its forthcoming roster of electric vehicles. It features a striking futuristic design with wheels set at the corners, a steeply raked front windshield, wing-shaped headlights and gullwing doors. The tint of the side windows can be adjusted to provide both better views of scenery and increased privacy depending on occupant preference. The front face of the vehicle has different colour patterns to indicate to those on the outside whether the LF-30 is in autonomous or normal mode. 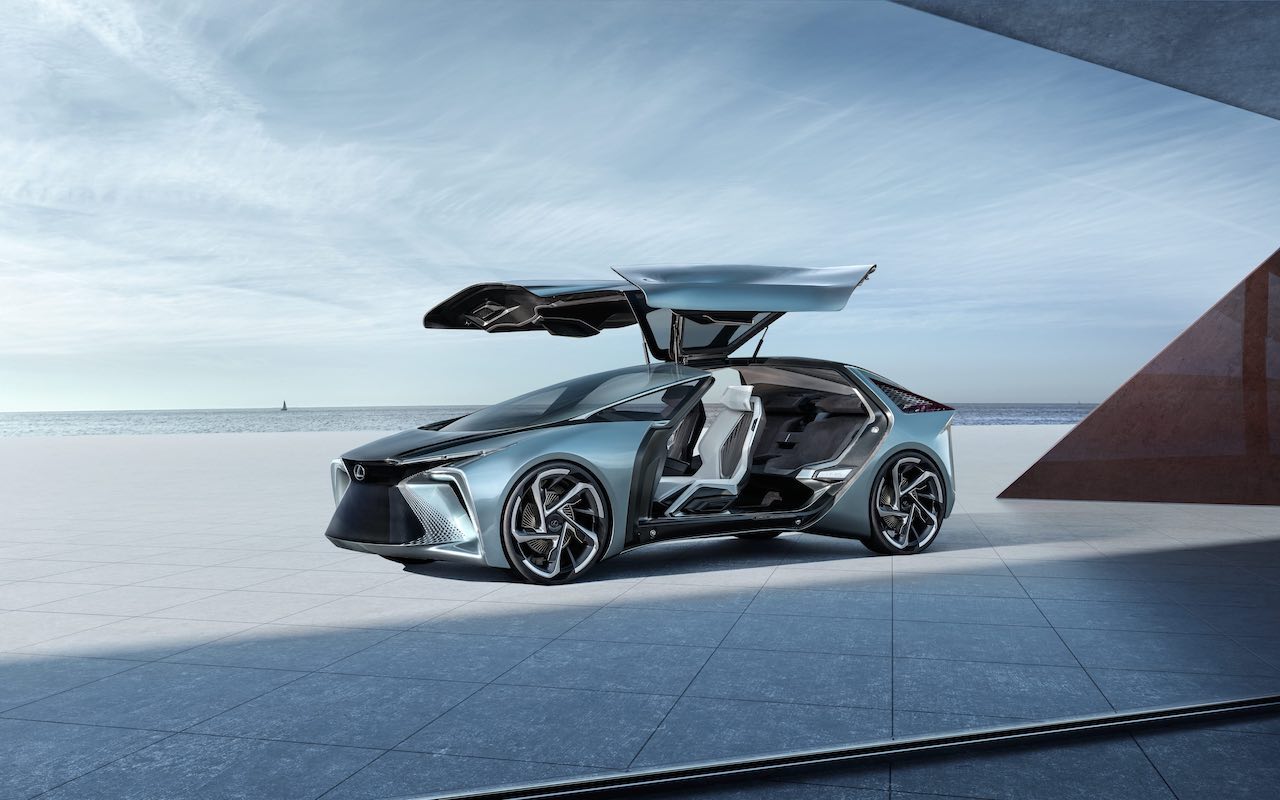 The LF-30’s cockpit features a design based on a new Lexus concept known as Tazuna, which is related to achieving a mutual understanding between horse and rider with a single rein. As a result, the cockpit doesn’t rely on physical switches and controls that can be distracting, but instead utilizes gesture control and augmented reality (AR) to display vehicle information.