Ice roads provide access to remote communities in the winter, but climate change is creating some challenges

Join the Conversation (0)
In much of Canada’s Far North, ice roads are a way of life. And they’re a lifeline — serving as an essential link to highways and ports that aren’t accessible any other time of year. But if Arctic ice is melting, what does that mean for Canada’s vast network of ice roads?

“Some terrain is very soft, so until it’s frozen enough, it’s really not able to sustain any kind of weight,” said Zhang. A single route could include both ice roads and overland roads — but they all require a solid layer of ice.

While there are “official” winter roads, funded and managed by federal agencies in conjunction with provincial and territorial governments to service local communities, some winter roads are created by the private sector, such as mining companies. And many communities create their own winter trails that aren’t officially funded or managed by larger government bodies.

David Atkinson, department chair of geography at the University of Victoria, studies high-Arctic climate issues. Driving on these roads has been part of his job over the years as a research scientist and professor.

These roads link places that don’t otherwise have a surface link; they’re only accessible by air or, in summertime, by barges (where that’s even an option).

“In wintertime it frees things up a little bit; people can get back and forth more readily,” said Atkinson.

The ice must be thick enough to drive on, and the heavier the load, the thicker the ice needs to be. For example, remote diamond mines rely on winter roads to move heavy equipment back and forth to highways and ports, which is simply not possible in summertime.

“Tundra is extremely fragile,” said Atkinson. “If you drive heavy equipment over it in the summertime, it changes the structure of it. It just takes one passage of a vehicle to start the process of degradation that lasts decades. Recovery is very slow for systems in the Arctic because you start defrosting the permafrost.”

That’s why heavy equipment is only allowed to traverse these regions in wintertime. “You can see where climate change starts to factor in,” he said.

While cold isn’t exactly a problem in the Far North, but you need more than cold weather for a sustainable winter road network.

“We need cold, but more so we need consistent cold and predictable cold. And that’s what is making things more challenging,” said Zhang. A shorter winter season means a shorter window for winter roads. And fluctuating temperatures could knock out a portion of a particular route.

“Essentially, when you have a long network, if you have one portion out, that really means you can’t travel the whole thing,” she said. 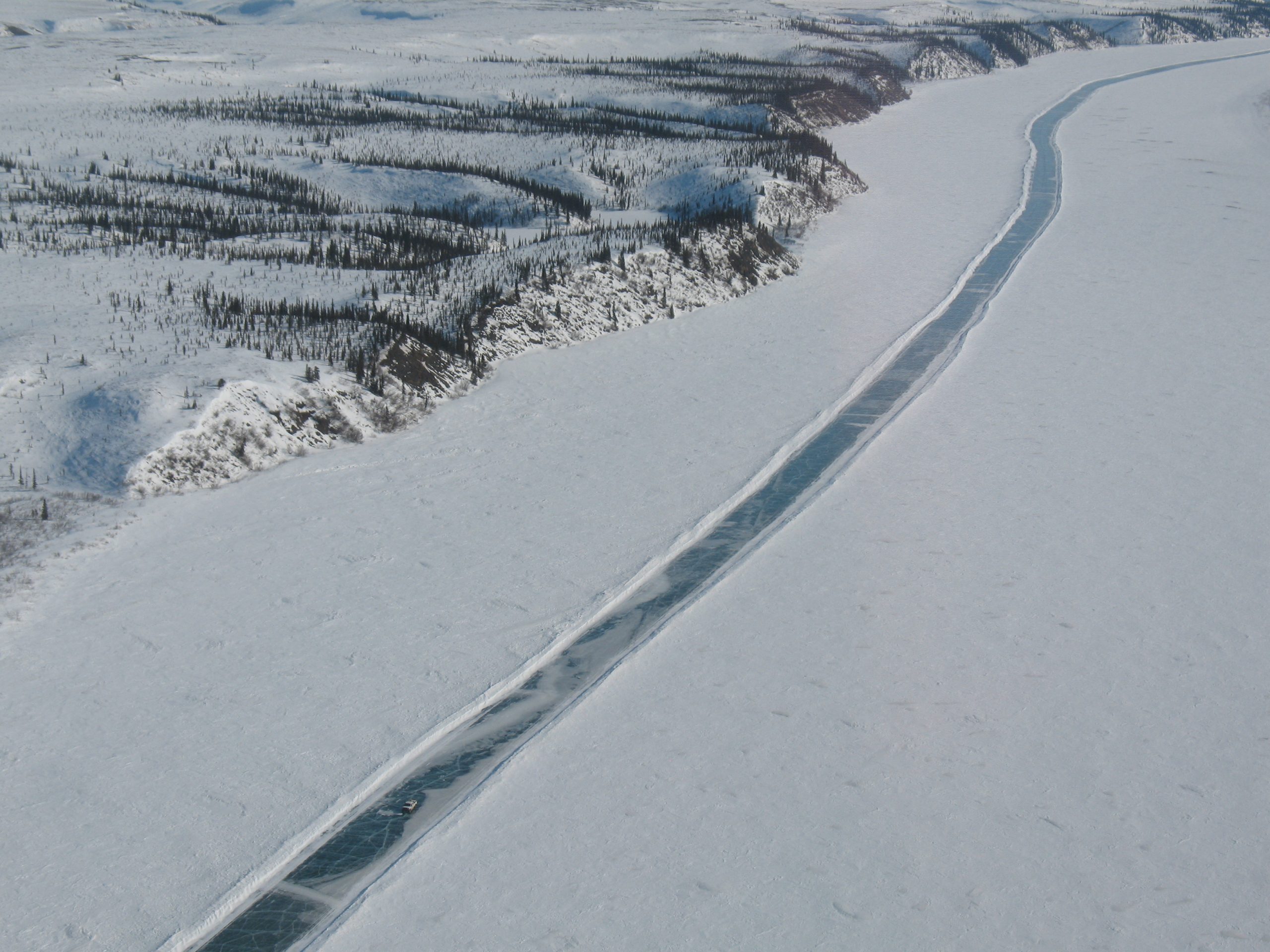 Warmer river water — which flows beneath the surface — could perhaps make the ice a little thinner, said Atkinson, and changes to the snowpack could affect tundra and the formation of ice. Once ice is formed, more snow isn’t necessarily better since snow acts as an insulator. So, it’s complicated.

“(Winter roads) are the only economical way for them to transport what we consider essential heavy supplies, so things such as fuel, construction materials, bulk foods,” said Zhang. It might also be the only time they can travel outside of their community to visit family and friends or to seek medical care. “They are very important.”

Different communities and jurisdictions have different strategies to deal with these inconsistent conditions. But “there’s not a one-size-fits-all Plan B,” said Zhang. Some jurisdictions are rerouting segments of ice roads to overland winter roads where possible. Or, if one segment tends to thaw faster than other segments — causing the entire network to shut down — they might replace it with a bridge or other permanent structure.

NRC researchers are developing data models and working with stakeholders to identify the most vulnerable segments of these winter roads, to adapt and come up with solutions. But these solutions will not involve paved roads.

“In some cases, people think, climate change is coming so why don’t we just build roads? Well, with the landscape, it’s simply not a viable option. That would cost way too much for what it would be serving — and a lot of the other communities are even more far flung,” said Atkinson. “There are a lot of ice roads out there. To turn all of these into regular roads, it’s simply not feasible.”