This spectacular display of automobiles is held every Father's Day Weekend on the scenic lawns of Cedarvale Park, in beautiful downtown Georgetown.

Get ready the Classics against Cancer Show Father’s Day Show in Cedarvale Park, on the banks of the Credit River on June 19.

After a long winter, vintage car and truck enthusiasts love to get their motor running and shine up the chariot for a day of fun.

Classics against Cancer has been the unofficial “doorway to summer” for car fans.

Local businessman, Neil Young along with a dozen of his friends, initiated classics against Cancer in 1988. 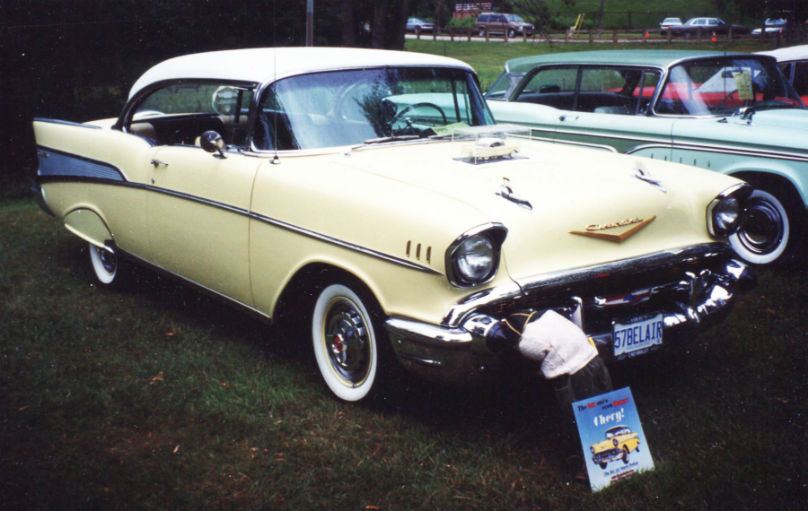 The idea was to combine a classical concert with a car show as a backdrop to the music and park setting.

The driving force behind all these wonderful cars showing up is the battle against cancer. This year the proceeds go towards the Childhood Cancer Campaign.

For 29 years, Classics against Cancer car show has become one of the best-known events in Southern Ontario with new ideas being added yearly. Attendance records have exceeded 5,000 in some years.

The 2014 show signalled a renaissance with high attendance and very favorable comments. CAC 2015 built on the momentum with new displays.

RELATED: Classic car insurance 101 – do you qualify? Is it right for you?

The show averages 400 cars and receives 4000 visitors annually. The committee has been able to raise nearly $500,000 since the first show.

This time the show is offering a mix of favorites in live entertainment.

Representing the Golden Era of the 1950s will be Buddy Holly and Elvis Presley Tribute acts.

The Kids Korner will be there to provide fun and activities. The special auto attractions include a Cruise-In style format along with a Mustang Corral, a Corvette Corner and Prestige Car Area.

A display from CSCC Showcase Vehicles will feature the best from England and Continental Europe including Porsche, Ferrari, Aston Martin, Rolls Royce, Maserati and Lamborghini.

For more information, contact Chris and Sandy Miller at candsmiller@cogeco.ca.