Join the Conversation (0)
Honda is showcasing a large presence at this week’s 2016 SEMA show, headlined by the North American debut of the radical new Civic Type R prototype, straight from its global introduction in Paris.

The Civic R Prototype offers a glimpse into the styling of the next-generation Civic Type R, which will top off the 10th generation Civic lineup when it launches next year.

Joining the Type R will be a posse of custom-built, accessorized and tuned Civic variants.

The radical Honda Civic Type R Prototype builds on the low and wide proportion of the new Civic Hatchback and is enhanced by muscular body styling and modifications to aid aerodynamic performance.


The exterior is wrapped in a highly reflective, finely-grained brushed aluminum-effect finish, which is unique to the prototype car.

At the front, the aggressive fascia is accentuated with a winged carbon fibre splitter and sporty red accent line. Additional slatted ducts add width to the fascia, and diamond-mesh inserts fill the sculpted air intakes.

Honda's iconic red "H" badge, which adorns all Type R models, sits prominently on the front grille at the nose of the car.

Carbon fibre side skirts run the length of the side sills, between 20-inch piano black alloy wheels with red accents and 245-section high-performance tires.

A beefy carbon fiber diffuser runs below the wider rear fascia, which frames three fully-functional tailpipes flanked by a pair of directional strakes. 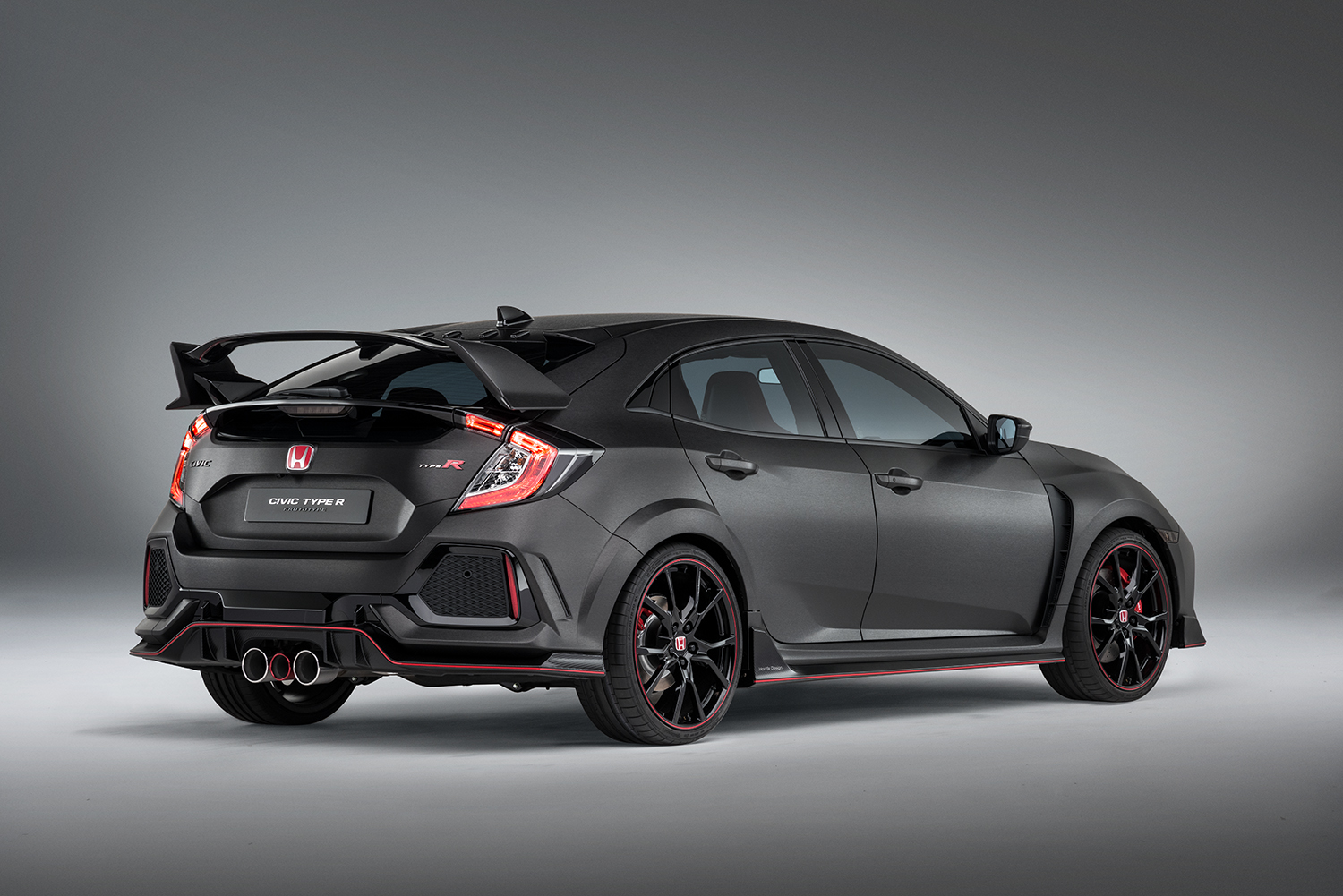