Chrysler ramps up to meet demands for Ram

To keep up with increasing demand, the plant will produce about 100 more trucks per day or 28,585 per year

Much like the vehicle it produces, Chrysler’s Warren Truck Assembly Plant is, in a word, huge.

In fact, just about everything about it is staggering, from its massive footprint to the plot of land it sits on to the number of vehicles it produces a year.

The rising sales trend has continued in 2014. In Canada alone, the Ram pickup is currently the number two selling vehicle with 58,617 units sold through Aug. 31, a 5-per-cent increase over the same period in 2013.

To keep up with increasing demand, the plant will produce about 100 more trucks per day or 28,585 per year.

Accommodating a production increase of that order has required the plant to improve its efficiency, as a recent trip to the facility revealed.

Beginning at the end of 2013, the plant embarked on an ambitious project to rethink the assembly process and make significant changes —many, many changes as it turned out. 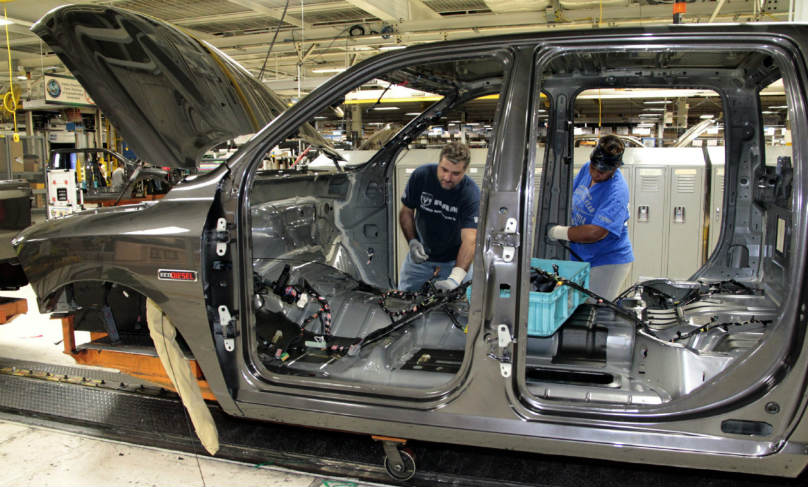 From the body shop to the paint shop, to the long and winding assembly line, hundreds of processes were reviewed and re-engineered. The focus was not merely on just improving efficiency but also to enhance quality and safety.

These changes, fully implemented during the plant’s summer shutdown in August, coincided with the adoption of a Work Place Integration (WPI) process. WPI breaks down manufacturing into hundreds of separate tasks that are evaluated. Best practices were analyzed and processes verified before the increased production schedule began.

So where did many of these changes come from?

The plant’s workers, more than 3,800 strong, submitted an avalanche of suggestions (nearly 7,000), which resulted in more than 350 work stations being redesigned.

Working in a collaborative process, team leaders and operators followed the principles of both WPI and World Class Manufacturing (WCM) to make the changes a reality. WCM, adopted by Fiat in 2006 and introduced to Chrysler in 2009 after the two companies formed an official alliance, is a highly organized system that focuses on waste reduction, increased productivity, better quality and safety.

Evidence of the work put in by the Warren Truck Assembly teams is visible all over the plant. A room above the plant floor is filled with detailed graphs and charts outlining the intricate steps taken to implement the changes. 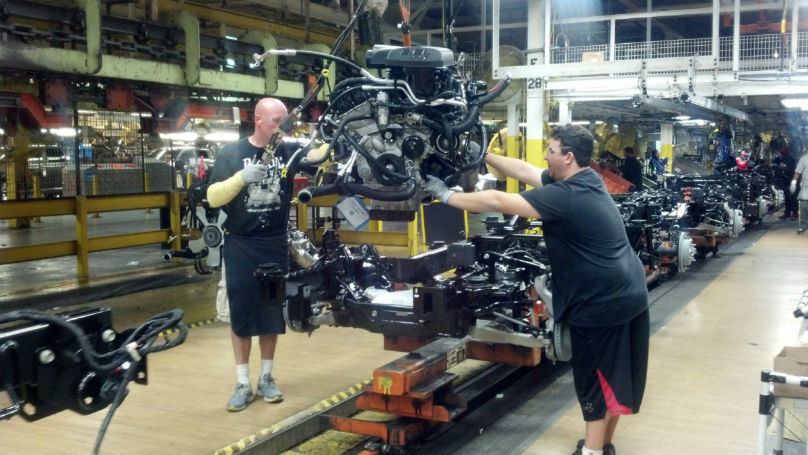 At various stops along the tour, team leaders spoke of changes large and small that have made their jobs safer and more efficient. From the manner in which parts are organized to the way they are delivered, to the number of steps taken by operators between tasks, everything has been reviewed and improved.

On the chassis frame line, for example, parts and materials are organized into kits or “limos”. The limos attach to the truck frame as it moves along the line. Larger, heavier parts contained in the limos, such as shocks and lower control arms are then positioned in front of the operator to make installation easier. Limos also help save time by cutting down on the amount of walking an operator must do to gather parts or tools.

Plant manager Curt Towne, who has since moved on to run the company’s Jefferson North Assembly Plant in Detroit’s east end, had an interesting answer when asked for his take on what’s most responsible for all the changes.

“Is the hot market driving the efficiencies and the things we’re doing here, or has the efficiencies and the progress that we have made (in) building a better vehicle that is giving the customers what they want creating that demand? I would say that it is a combination of both. We’ve got a great engineered vehicle — this is an awesome truck. So there’s a part of that . . . but we’re also building a better vehicle. The quality levels are higher than they’ve ever been, and then you’ve got a workforce who’s dedicated, trained and we’re teaching them WCM skill sets. It’s a perfect storm. It’s great.”

For all the good these changes will bring Chrysler and those who work at Warren Truck, the biggest beneficiaries will undoubtedly be the thousands of Ram owners (and future owners).