Swedish entrepreneur will be bringing the Koenigsegg Agera RS to the 2018 Canadian International AutoShow, and he spoke to Norris McDonald about all things auto.

This particular hypercar, which will kick off the 2018 Canadian International AutoShow media preview day Thursday and be part of the Auto Exotica display at the downtown Metro Toronto Convention Centre for the duration of the Feb. 16-25 automotive spectacular, is a rolling definition of the words “all” and “powerful.”

Think faster than a speeding bullet. Too much for you?

OK, everybody watched the Super Bowl, right? You saw the Budweiser commercials with those magnificent Clydesdales? Imagine the power being generated if you put 1,000 of them — 1,000 — out there, all pulling together.

Those 1,000 horses are under the hood of the Koenigsegg Agera.

Christian von Koenigsegg, who will also be in Toronto next week to not only introduce his car but to take in a day or two of the auto show, had dreamed about building such a brute from the time he was five years old, and today, he basks in the glow of its — and his — success.

He just loves talking about the velocity and the records.

So, what car does he use for a daily driver?

That’s right. The guy who conceived and constructed the epitome of ground-shaking automotive madness drives back and forth to the office every day in an EV. 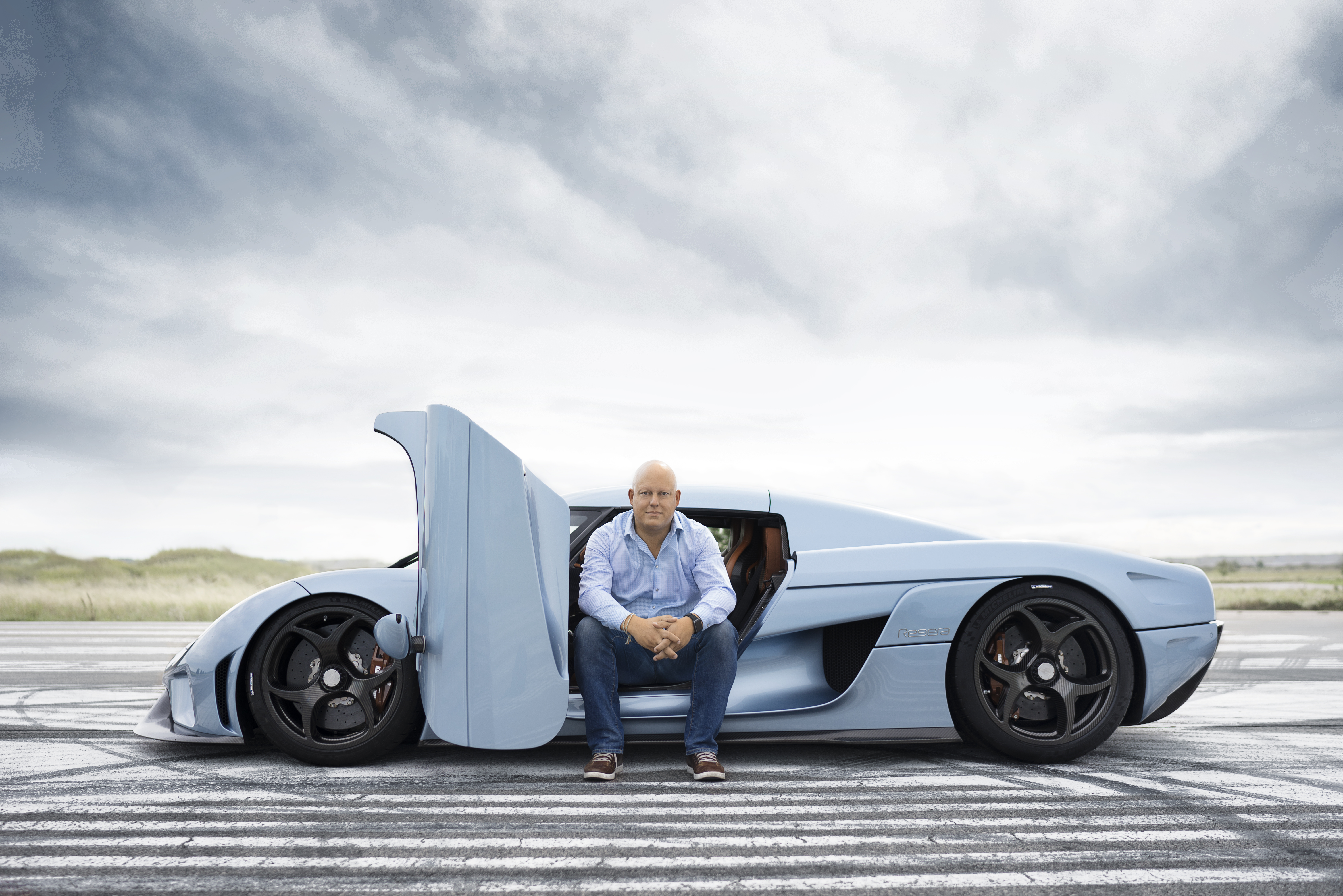 “I’ve always been impressed by innovation in the use of technology,” said the niche automaker, who will give the Keynote Address Thursday to open Media Day at the AutoShow. He and the Agera RS, the very car that captured those speed records, will be on stage at the John Bassett Theatre on Level 100 of the convention centre’s North Building at 8 a.m., sharp, to be followed by the announcement of the Canadian Car and Utility Vehicle of the Year, which traditionally precedes the opening of the show to the public by a day.

“It was from the Tesla that I got the idea for what I call ‘direct drive,’ ” he told the Star in an interview last week. Direct drive is when three electric motors take the place of the gearbox. The 1100-horsepower, twin-turbocharged, 5.0-litre V8 engine that runs on ethanol sends power directly to the three electric motors, one attached to the front of the crankshaft and the two others attached to the rear wheels, and the result — when juice from the 9.27 kWh battery is mixed into the equation — is 1,500 hp and 1475 pound-feet of torque.

In other words, the car’s a hybrid — and the hybrid is a bomb.

It really is quite symbolic that, for this show at least, Koenigsegg has a foot in both camps. There is nothing that gets the adrenalin pumping more than the sight and sound of a rare and exotic animal like a hypercar. But it is 2018, and the times they are a-changin’. The mission statement of this AutoShow is The New Movement, and, for instance, eight manufacturers will have 14 electric cars and hybrids at the convention centre for attendees to take for test drives on indoor tracks. And that’s not to mention the automakers who will have EVs as part of their displays or in other locations, such as Tesla’s expected appearance in Auto Exotica.

But the interview was about the Agera RS and the speed records and that’s what we focused on.

Koenigsegg tells everybody who asks that his supercar dreams were triggered when he was a child of five and saw a movie in which a bicycle repairman builds a car that goes up against and beats some of the most famous cars in the world.

A year or so later, he got to drive a go-kart and he was hooked. Although he tried his hand at other occupations and pursuits, he didn’t get serious about building cars until he was in his 20s. The future has been nothing but bright for him ever since.

“My father was a great inspiration to me,” he said. “He was always an entrepreneur and he was a mentor. He taught me that if you are interested in doing something, to start a company and make your living doing it. So, I tried a few things before deciding to focus on what I really wanted to do, which is to build cars.”

Koenigsegg said he’s been an influence on his father, too.

It took the younger car guy more than a few years to get his dream up and running and he needed the help of investors. But he launched the “Koenigsegg Project” in 1994 and, despite some setbacks along the way, he and his wife Halldora are principals today in what has grown to become Koenigsegg Automotive AB, the manufacturer of high-performance sports cars, which employs about 100 people.

The cars retail for well over a million dollars. And there aren’t that many of them. There’s no such thing as a Detroit or Oshawa-style assembly line at Koenigsegg Automotive.

The company’s first production car was constructed in 2002. The Koenigsegg CCX arrived in 2006 and morphed into the CCXR. The first Agera was born in 2010. As well as building beautiful sports cars, Koenigsegg Automotive is also involved in green initiatives, and that led me to ask the inventor what he thinks the future holds for internal-combustion engines.

The short answer is that he doesn’t think it has much of a future. 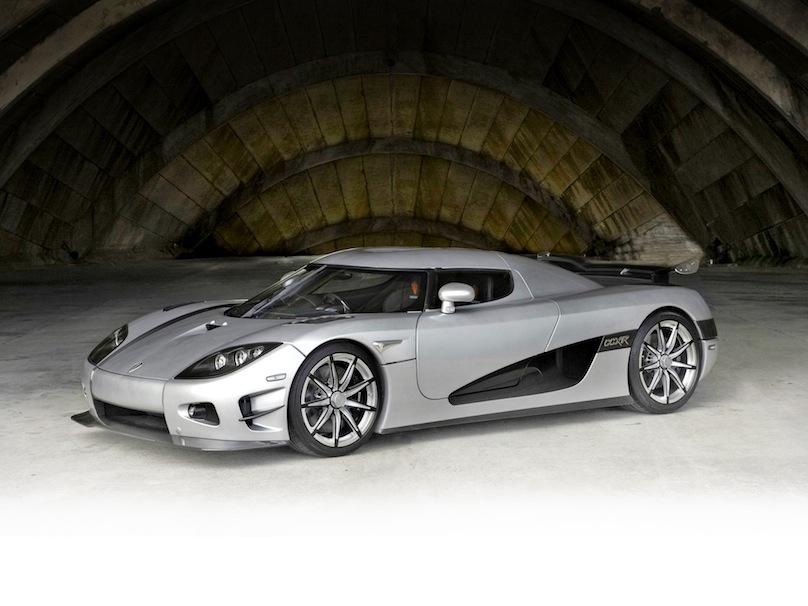 “Battery, wind and solar-power development is really taking off, and in the end, will all be far cheaper than any fossil fuel,” he said. “When you combine all that, it’s only a matter of time.

“Now, you won’t have the same emotions as a sports car with a big motor, so, the sports car segment will likely try to keep the internal-combustion engine around for that reason. But it will eventually die off.”

Despite what he had to say about the future, Koenigsegg said he was thrilled by the performance of the Agera RS in setting five speed records on a closed stretch of highway in the Nevada desert late last year. In case you’re wondering, they are:

He says the car could have gone faster.

“No, I wasn’t driving that day,” he said. “We have three test drivers on staff and one, in particular, was very excited about the challenge. I’ve driven at high speed but I was not in the car. The record was very exciting and challenging but dangerous, too, of course.

“But there was more in the car. He hit the rev limiter on his runs, so the power is there. You can always push, but I have no ambitions for it to go faster. We’re very excited to have the records, but we don’t plan to go after any more with this car.” 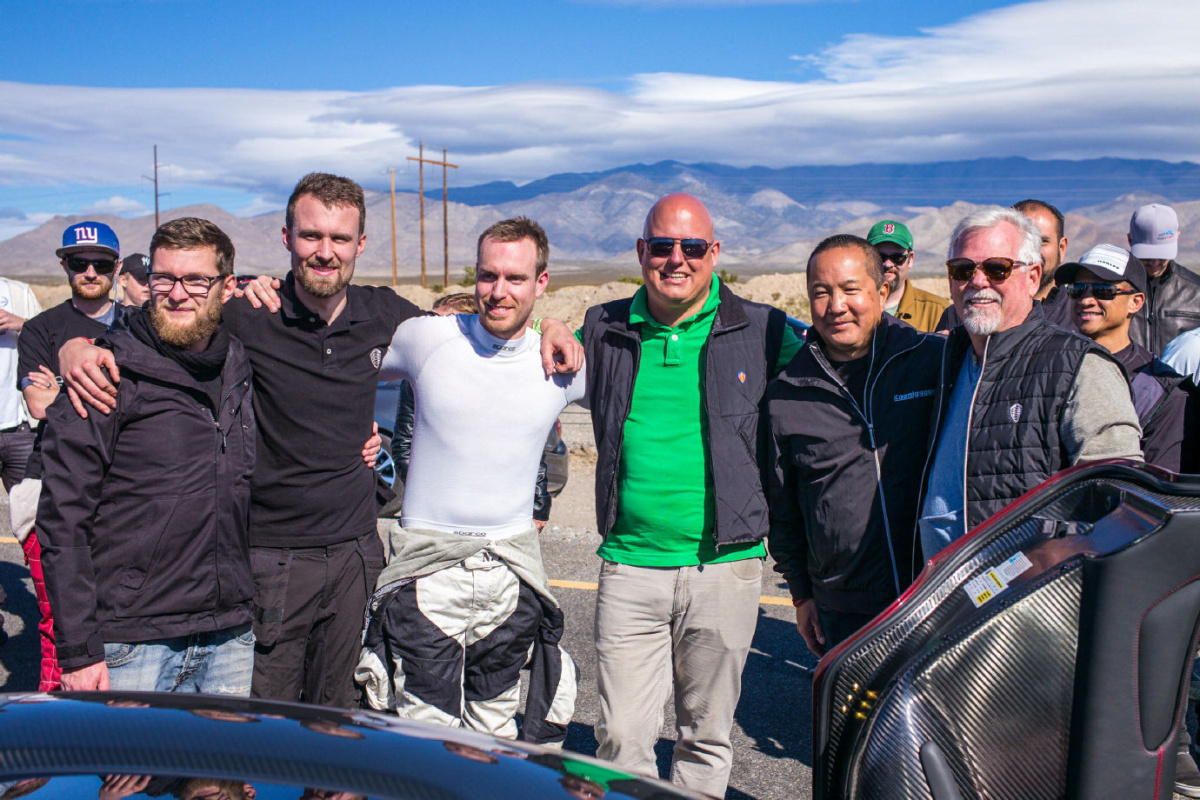 Koenigsegg said he was looking forward to his time in Toronto, where he’d never visited, although he’d come to Canada twice before.

“I spent a semester in school in Prince Edward Island when I was 12, and it was beautiful there, and I visited our dealer partner in Vancouver (Weissach Performance, the exclusive Canadian distributors for Koenigsegg).”

He was quick to point out that his appearance at the Canadian International AutoShow wasn’t geared to drum up business.

“I’m not coming to Toronto to sell anything, because we don’t have anything to sell at the moment,” he said. “We’ve already sold the ones we have available. We are very happy being a low-volume manufacturer and we don’t care about getting big.

“We like to innovate and be unique and have our customers appreciate our cars for what they are. Beyond that, you know, we’re not really interested.”