Chevrolet's Latest EV Offers 410 km Range, But You Can't Get it Here

It's designed and built for China

Chevrolet’s latest electric vehicle offers concept-car styling, mini-Blazer looks, and a range of more than 400 km. But you’re not going to be able to buy the Menlo here anytime soon. Or likely ever.

That’s because the Menlo is Chevrolet’s first fully electric vehicle in China, and it’s designed and built for that country, in that country. Both of which make it unlikely that we’ll see it here in any form, though now that the Trailblazer and Buick Encore GX are on the way we’d certainly never rule it out.

The Menlo’s styling is based on the FNR-X concept that Chevrolet debuted at the Shanghai show in 2017, and though it doesn’t have that concept’s rear-opening back doors, it does have much of the rest of the concept’s style, a look that’s influenced many of Chevrolet’s recent models both here and abroad. We call it a mini-Blazer, with a healthy dose of last-gen Monte Carlo in the nose instead of the Blazer’s Camaro-inspired snoot. Chevrolet China calls it a “sporty-looking sedan” but that rear end is definitely not fooling us. 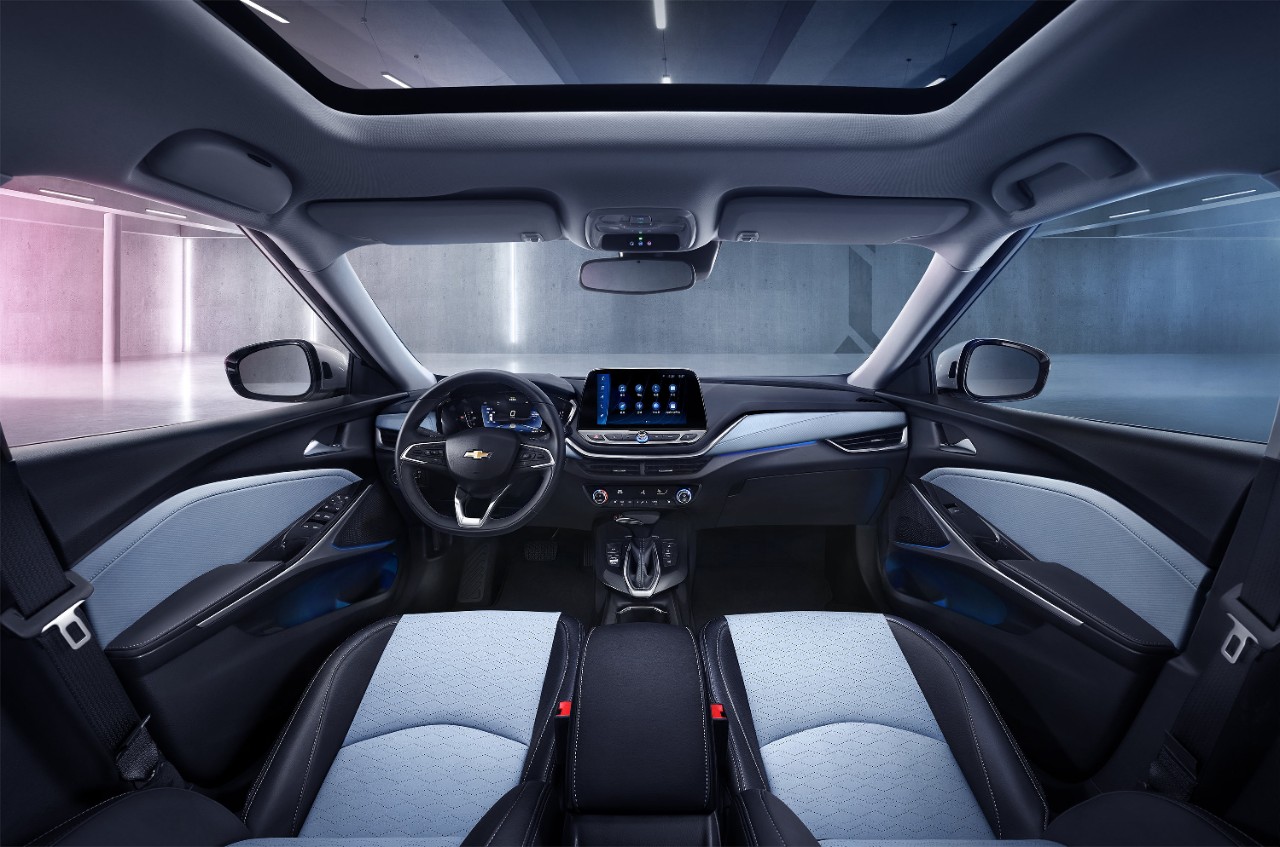 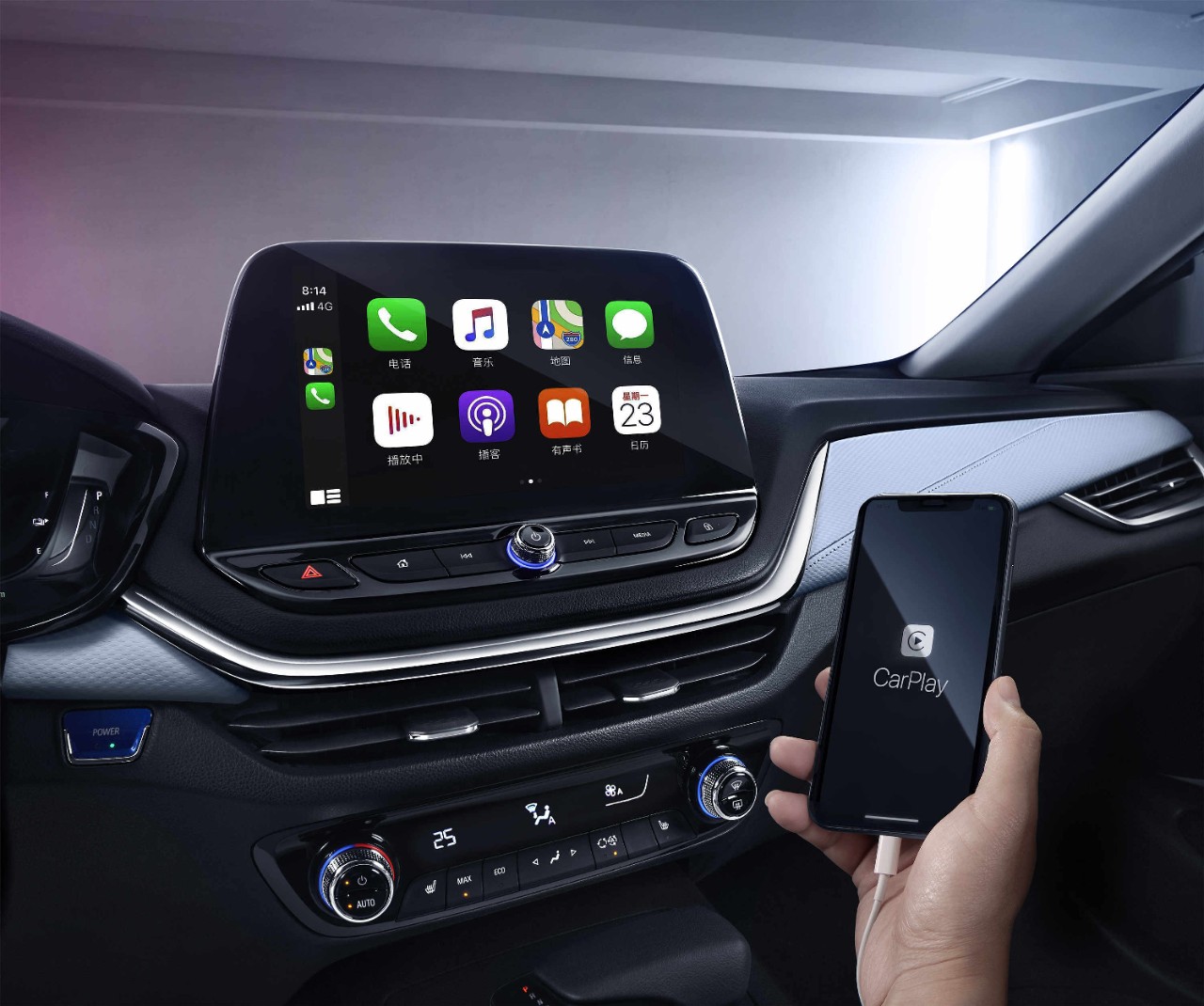 Chevrolet says that the Menlo, which uses the automaker’s latest battery tech, will offer a 410 km range as measured by the (usually generous) NEDC test. The battery can be charged to 80 percent within 40 minutes using DC fast-charging. It’s powered by a 147 hp electric motor that also puts out 258 lb-ft of torque. For reference, that’s well under the 200 hp and 266 lb-ft that the Chevrolet Bolt offers. No word on total battery capacity, but extrapolating from GM’s 13.1 kWh per 100 km rating puts it right around 54 kWh usable.

It’s hard to tell just how big this one is since the full specs haven’t been revealed, but a max cargo space of 1,077 is telling since that’s around 300 less than the Chevy Trax. Though if they’re actually measuring that behind the rear seats, it’s actually closer to Traverse in size. We’re guessing the former since with subsidies included the Menlo starts off at around CAD $30,000. 38 storage cubbies help make use of the space.

Inside the Menlo is a 10.1-inch touchscreen running MyLink, Apple CarPlay, and Baidu CarLife plus an 8.0-inch digital dash display. The panoramic roof is laminated to keep out heat and noise and to block 96 percent of UV rays. The Menlo is available now, starting in Beijing. 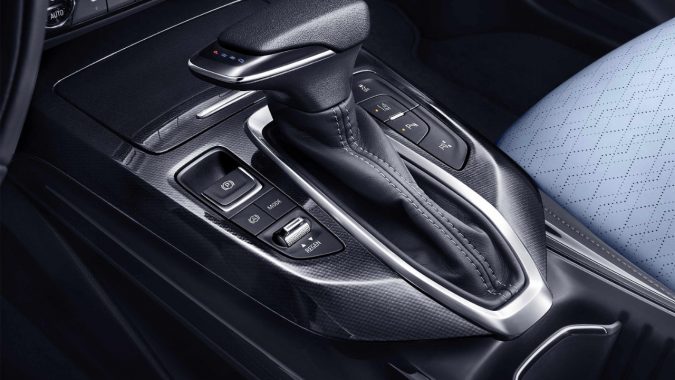 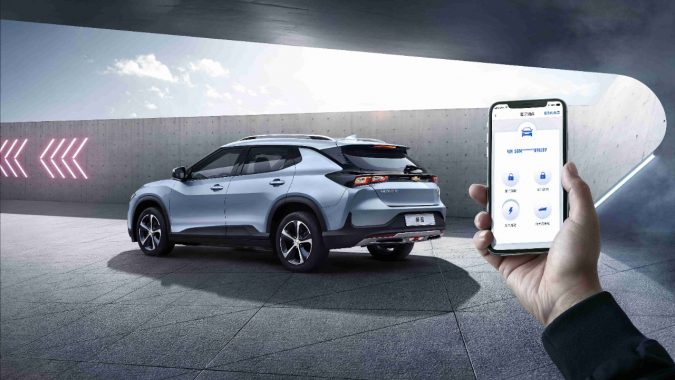