It's a 450 hp electric powertrain that uses components from the Bolt EV that Chevrolet calls the eCrate.

Electrification doesn’t mean the end of hot rodding, instead it’s probably going to be just the opposite. Using high-tech to attract a whole new generation of tech-heads much the way that eking out more performance from sad-sack old jalopies did for a generation of gearheads in the 1950s. And helping lead the way are vehicles like Chevrolet’s latest concept. It’s a classic C-10 pickup with an electric powertrain designed to fit into additional vehicles.

“The Chevrolet E-10 electrified Connect & Cruise concept system reimagines the performance crate engine for hot rodders,” said Jim Campbell, vice president of Performance and Motorsports. “As General Motors continues to work toward our vision of a zero-emissions world, concepts such as this help us get there, while still supporting the enthusiasts who love to drive vintage vehicles.”

Chevy’s E-10, on display at the SEMA show takes the crate engine and moves it forward a few generations. It’s a 450 hp electric powertrain that uses components from the Bolt EV that Chevrolet calls the eCrate. It uses two of the Bolt EVs motors as well as two 400-volt battery packs. Backing them is a 4L75-E automatic. A four-speed auto transmission designed to support up to 650 lb-ft of torque in a smaller package that’s based on an evolution of the evergreen Turbo-Hydramatic 700R4 that’s been in hot rods since the 1980s.

Each battery back, mounted in the bed of the pickup, packs 60 kWh. The motors will do 0-100 km/h in about five seconds, and the twin packs should give it more range than anyone with a cool truck like this is likely to use in a day. 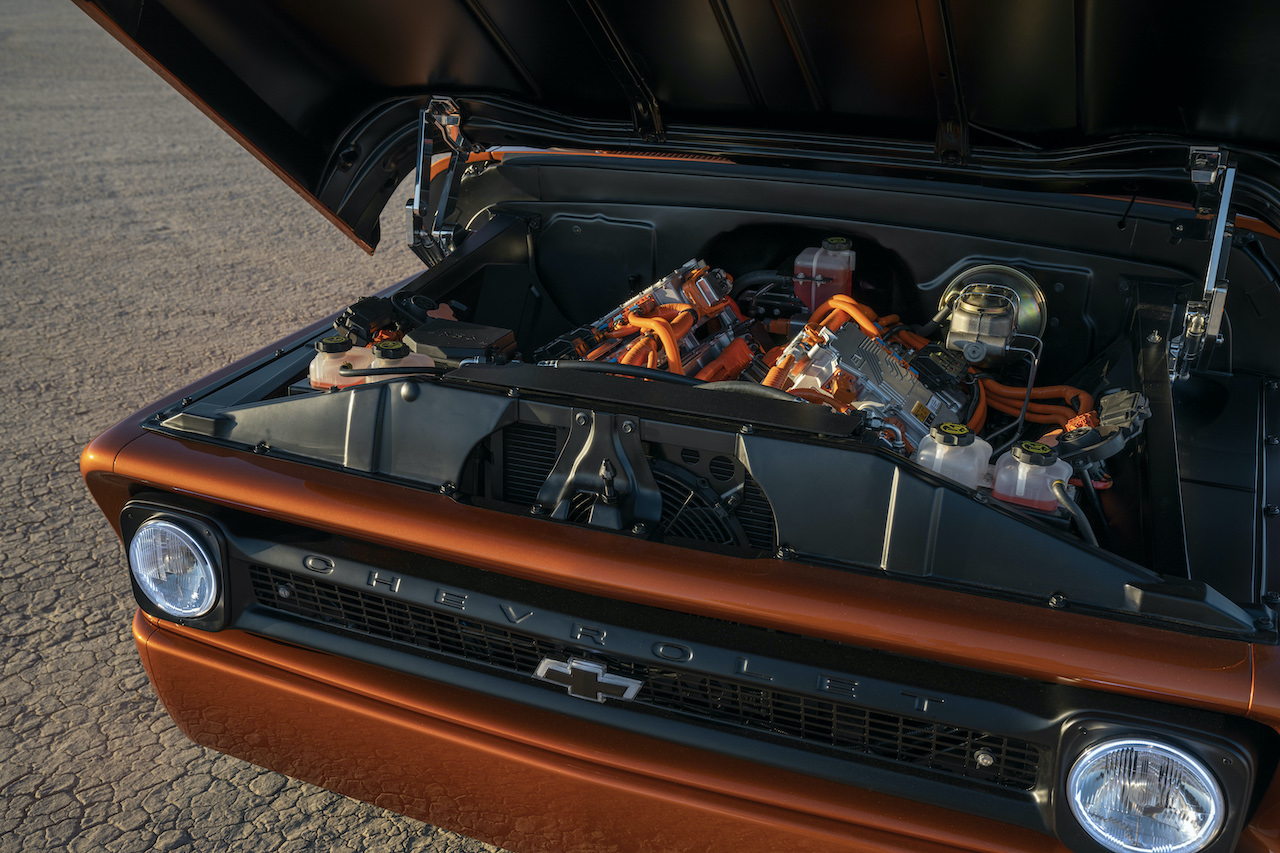 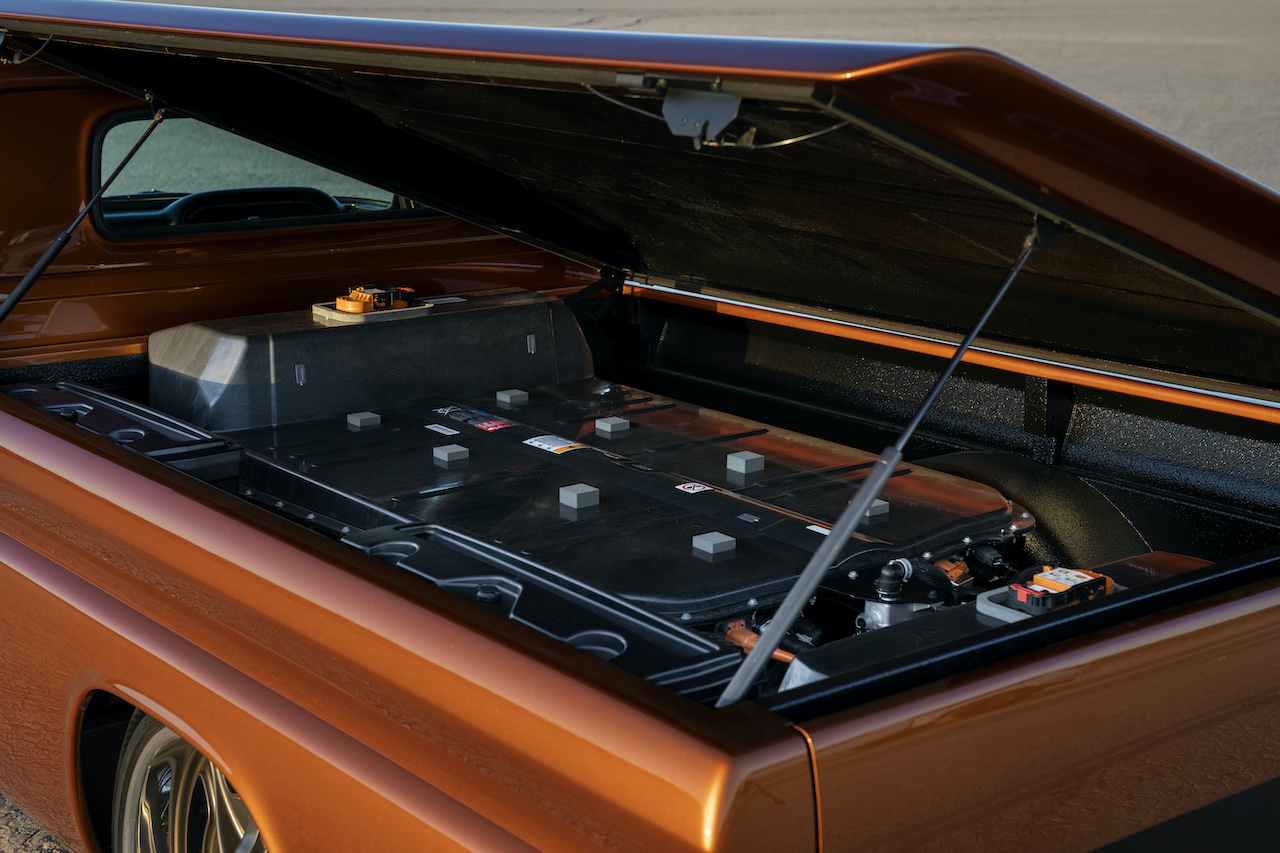 The pickup itself, a 1962 C-10, has been modified as well. It’s been smoothed out, fitted with modern grille elements, and it’s been lowered and fitted with 20-inch front and 22-inch rear wheels. Inside, there are digital displays and leather-trimmed seats.

Where GM has gone a bit odd, though, is in trying too hard to make this appeal to what it thinks is the classic hot rodder. So it’s fitted with three external speakers to make it sound like, yup, you guessed it, a V8. Drivers can toggle five sound modes including a recreation of the 505 hp 7.0L LS7 V8 in “track” and “touring” tunes, plus a “futuristic sound.” And, fortunately, an off mode.

It’s not ready for production just yet, but GM says it is in the testing stage. And in an increasingly eco-conscious world, projects like this could be the saviour of the hot rod. 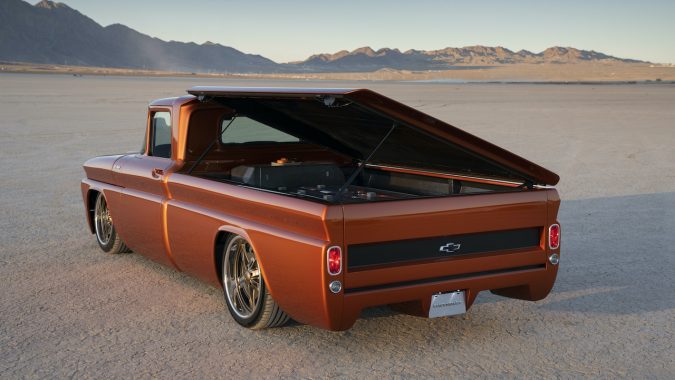 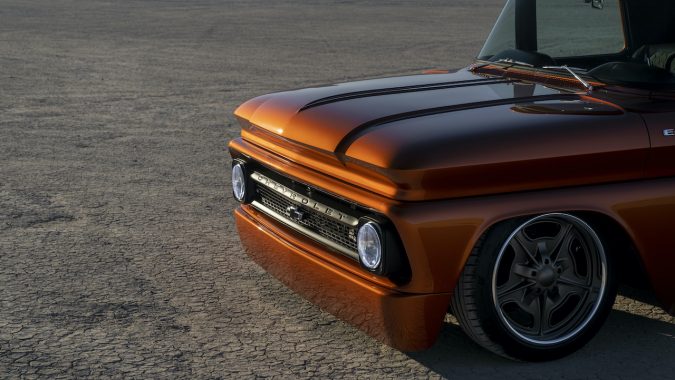 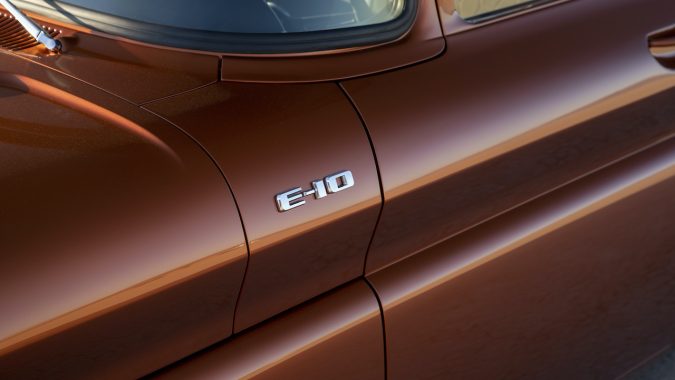 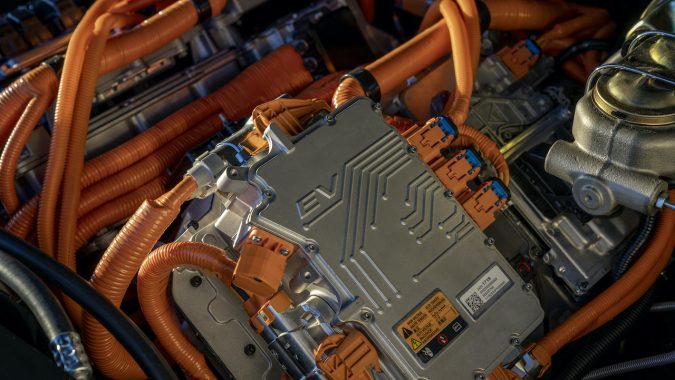