Corvette Stingray wins Car of the Year; Silverado wins Truck of the Year

DETROIT — Chevrolet swept the North American Car and Truck of the Year awards at the Detroit auto show Monday with its Corvette Stingray sports car and Silverado pickup.

The win, which marks the first time Detroit-based GM has taken both awards since 2007, underscores the automaker’s product resurgence following its 2009 U.S. government-backed bankruptcy reorganization. Ford in 2010 was the last to sweep the awards with the Transit Connect van and the hybrid version of its Fusion sedan.

GM, helped by lower debt, reduced labor costs and a focus on only its strongest brands, is emblematic of a revitalized U.S. auto industry that had its best sales last year since 2007. The largest U.S automaker aims to capitalize on the wins with sales, said Mary Barra, the company’s top product development officer and next chief executive officer.

MORE: Norris McDonald is live-blogging from the Detroit Auto Show on Wheels.ca. Watch here for updates

“I hope that people look, and if they haven’t considered General Motors or Chevrolet they’ll get into the showroom because I’m confident if they get into the showroom they’re going to see a lot of vehicles they like,” Barra told reporters at the North American International Auto Show in Detroit.

“We’re right in the middle of 32 new products between 2013 and 2014, so my hope is that as we continue to get more of these award-winning products out into the market place that we’ll get attention and continue to win customers.” 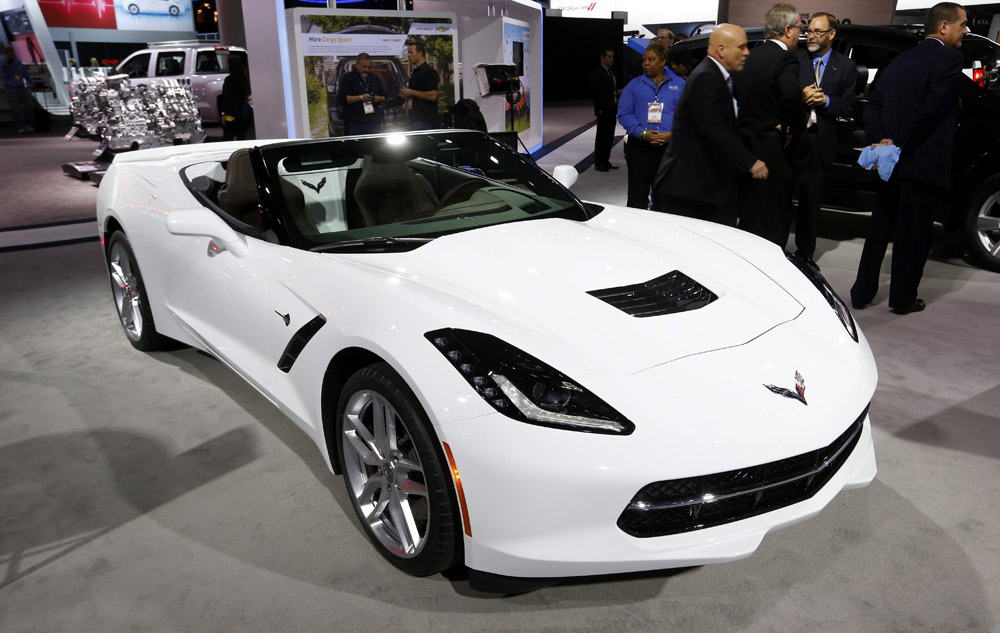 Later this week, Barra becomes CEO as Dan Akerson retires to care for his sick wife and as GM enters a new phase following its 2009 bankruptcy reorganization. The U.S. Treasury sold its remaining shares in the automaker last month, marking the end of the so-called “Government Motors” era, a label used by critics of George W. Bush and Barack Obama administrations’ help for the company that required about $50 billion in aid to avoid liquidation and to reorganize.

GM has been helped by improved pricing after introducing 18 new or refreshed vehicles in the U.S. in 2013. The automaker plans 14 more there this year.

The automaker had already been attracting praise for its new vehicles, including the Chevrolet Impala that last year became the first U.S. car in at least 20 years chosen as the best sedan on the market by Consumer Reports. Motor Trend named the CTS its car of the year.

With the new product and government’s exit, investor optimism in the company rose last year, pushing the shares up 42 percent. The company said yesterday that it is closer to reintroducing a dividend, the first since suspending the payout in July 2008.

“We’re closer than we have been given all of the actions that have been taken,” Chief Financial Officer Dan Ammann told reporters in Detroit Sunday.

The awards have been given out since 1994 and are selected by journalists.

“To get car and truck, it’s a big deal,” Alan Batey, head of Chevy globally, told reporters following the announcement. It “re-enforces to the public that General Motors, Chevrolet and Cadillac, last year, is really on the move.”

Related: The Corvette Stingray is a beast

Related: A quickie with the sexy Silverado