This is the first clean-sheet Corvette racer since the C5, says team driver Tommy Milner, who was the lucky one who got to pull the car out in front of the waiting crowd.

CAPE CANAVERAL, FL – To go along with the C8 Corvette convertible reveal last night, Chevrolet surprised us with the real rocketship of the lineup. The all-out performance version of the car. No, not a ZR1 or a Z06, this one’s the C8.R. The car that will wave the Corvette racing flag around the world starting next year.

This is the first clean-sheet Corvette racer since the C5, says team driver Tommy Milner, who was the lucky one who got to pull the car out in front of the waiting crowd. It’s probably the shortest stint the endurance racer will ever see in this car since he’s more used to races like the 24 Hours of Le Mans. Where he has a pair of class wins.

“The C8.R is much more than just a race-tuned version of the 2020 Corvette Stingray. It’s a culmination of many years of testing and development between GM Design, Propulsion, Engineering, and the Corvette Racing team,” said Jim Campbell, Chevrolet U.S. vice president of Performance and Motorsports. “The collaboration between these teams has allowed us to take these vehicles’ performance to the next level, both on the street and the track.” 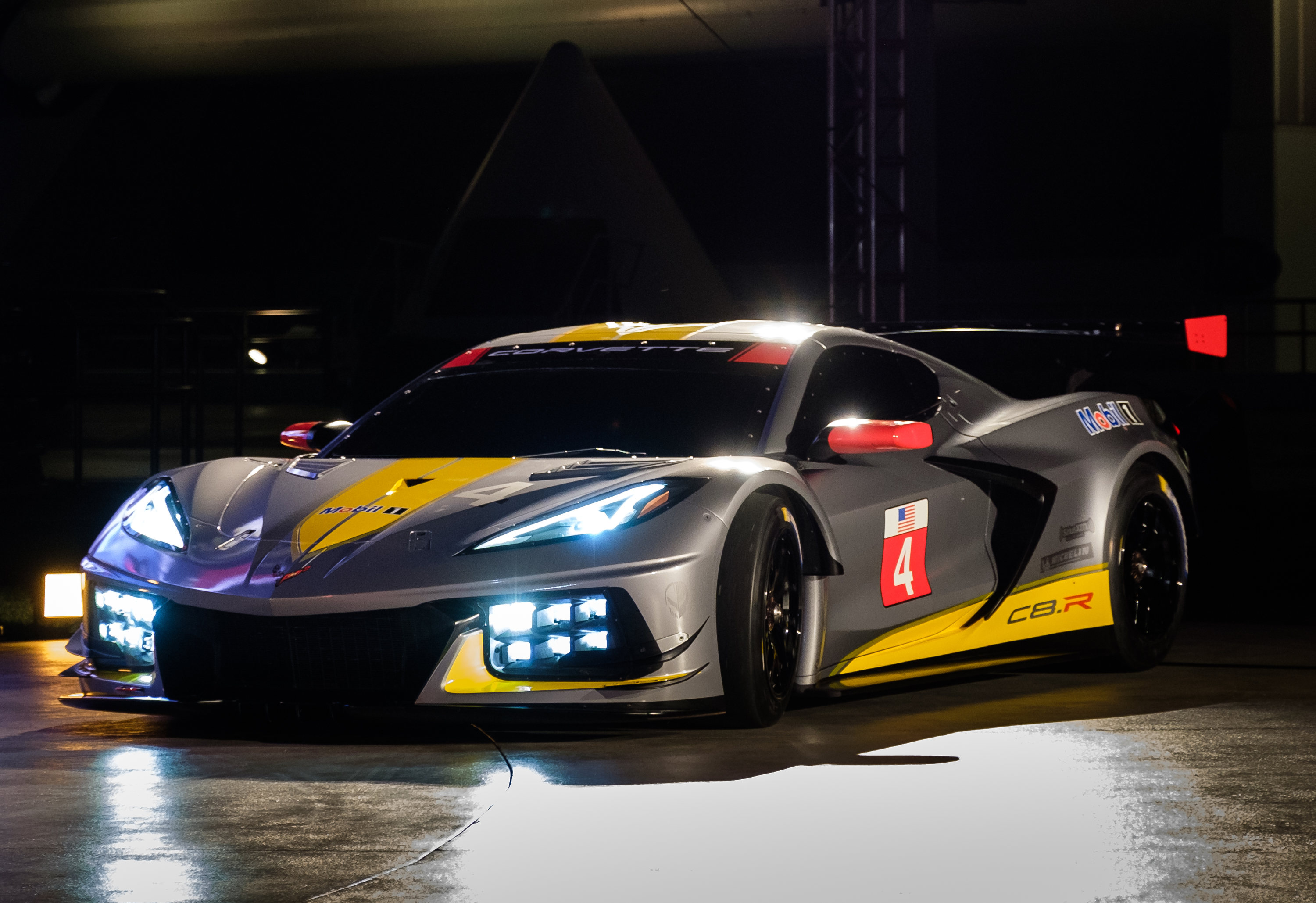 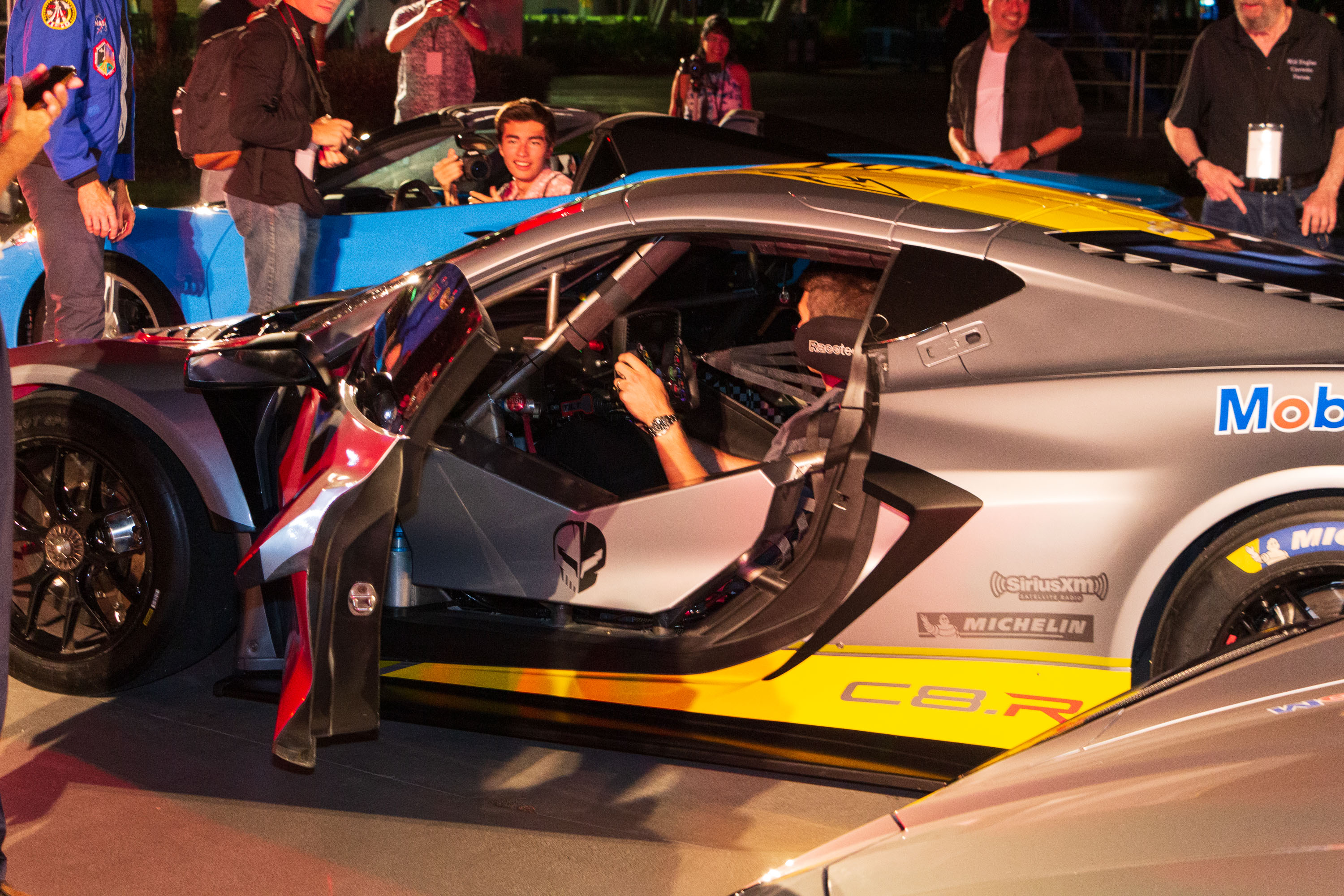 Since returning to sports car racing in 1999, Corvette Racing has 107 wins, which it says it the most of any team in North America. That includes 2015’s endurance racing triple crown: the Rolex 24 at Daytona, Twelve Hours of Sebring, and 24 Hours of Le Mans in the same season.

They’re tight on details for this new racer, but what we can tell you is that it is loud. Real loud. Chest poundingly loud from the twin exhaust tips. The side vents look much larger than those of the street car too, no doubt to meet the massive cooling demands of racing all day and all night. One of the other most notable features of the racer is the massive array of lighting in the nose. Again necessary when you’re running at speeds in excess of 300 km/h through the dark of night. You’re not likely to miss the big rear wing and the rear diffuser either.

The new racer will make its debut close to the location of the reveal, making its start at the Rolex 24 at Daytona this January. The car on display last night wore a new silver livery that Chevrolet says is inspired by the original 1959 Stingray racers as well as the Aerovette concept of 1973. If you’re not impressed by the silver, the No. 3 car will wear the yellow colour scheme that’s been the staple of the modern Corvette race cars, with silver accents. Chevrolet said that we’ll get more details about the C8.R next week at the Petit Le Mans at Road Atlanta. 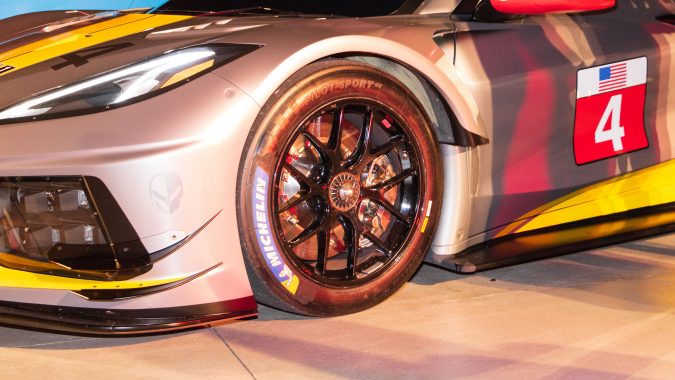 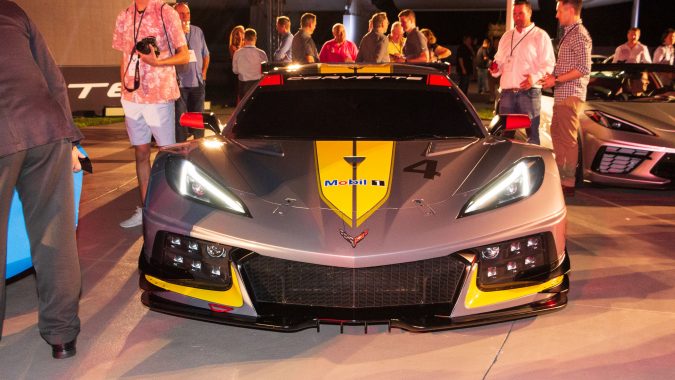