After 70 years, the Corvette starts a new chapter.

Join the Conversation (0)
The quickest Chevrolet Corvette ever is about to hit the market. It's called the Chevrolet Corvette E-Ray, and it uses an electric motor in the front to deliver all-wheel drive and Z06 levels of horsepower.

It's a big day for the Corvette, and not just because of today's E-Ray announcement. Today is also the day that marks 70 years since the first Chevrolet Corvette was revealed. In New York at the 1953 Motorama show.

2.5 seconds. That's how quickly the Corvette E-Ray can rocket to 96 km/h, on its way to a 10.5-second quarter mile. That's about half a second faster to 96 than the standard Stingray and nearly a second quicker through the quarter mile. 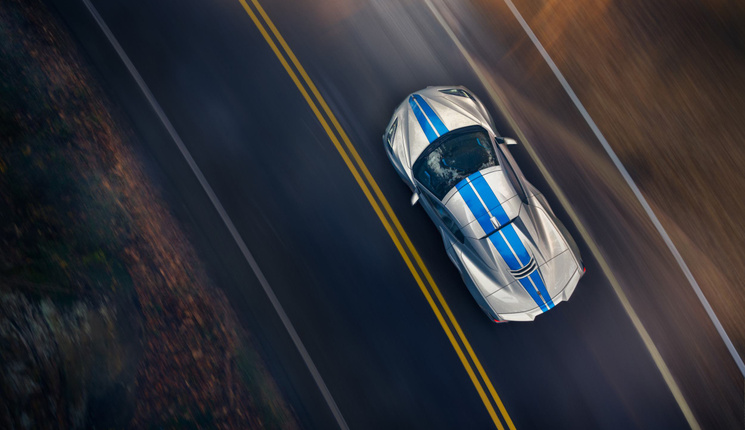 An electric motor mounted to the front axle is what makes the E-Ray so quick. The motor adds 160 hp and 125 lb-ft of torque to the car's output, powered by a 1.9 kWh battery pack that lives between the seats.

You've probably guessed by the battery size that this is not a plug-in hybrid, and you'd be correct. This is a standard hybrid system where the gas engine runs most of the time. Not all of the time, though, thanks to Stealth Mode. In Stealth Mode, the Corvette E-Ray can drive short distances at up to 72 km/h with the engine off. Perfect for making a quiet neighbourhood getaway first thing in the morning or late at night.

Mounted behind the seats is the same V8 as the basic Corvette Stingray. The 6.2L unit makes 495 hp and 470 lb-ft of torque, sending all of its power to the rear wheels. The gearbox is an eight-speed dual-clutch automatic unit. 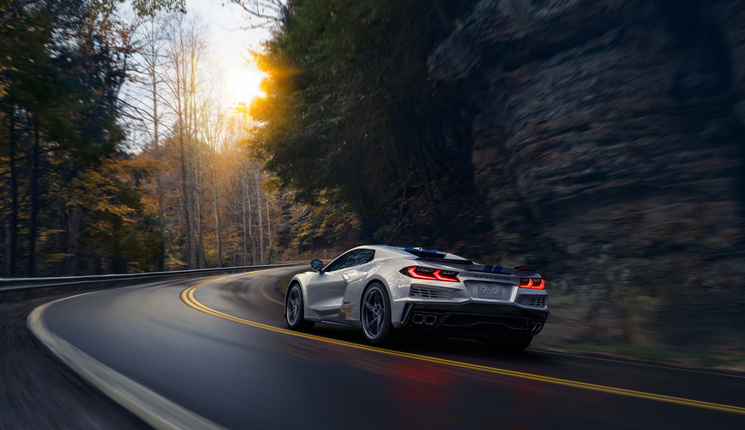 Total power output for the two power systems is 655 hp. That's nearly enough to match the hardcore Z06 and its 5.5L V8, and the Corvette E-Ray should have more torque. Chevrolet says the electric motor will add to the aural experience as well, with "an invigorating sound."

E-Ray's AWD system is an adaptive one, Chevrolet says it is constantly learning the road surface and making adjustments to meet driver demands. In quick driving or driving on slick surfaces, it will send more power to the front wheels to boost stability and grip.

Chevrolet is giving the Corvette E-Ray the Z06's wider bodywork, a stretch of about 91 mm over the standard car. The E-Ray will get its own wheel design, wearing a staggered setup with 20-inch wheels in the front and 21's in the back. All-season tires are standard, but summer performance tires will be offered. 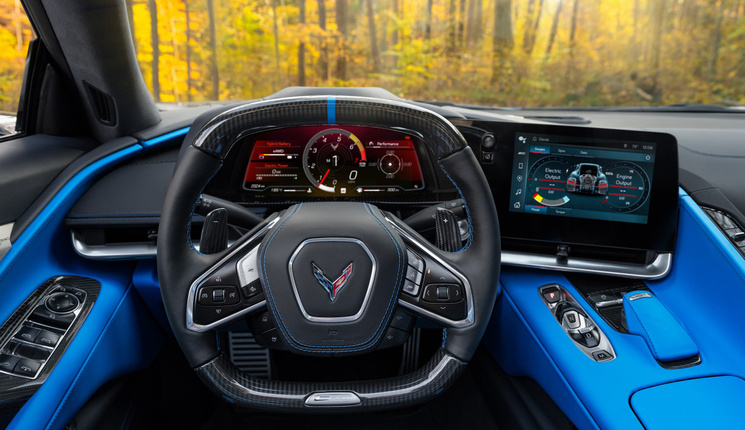 More 2024 E-Ray standard features include a lighter 12-volt battery to save weight as well as Brembo carbon ceramic brakes to get the electrified Vette stopped in a hurry. Magnetic Ride Control, GM's magic adaptive damping system, is also standard kit.

Beyond the widebody, Chevrolet has made just a few cosmetic changes for the Corvette E-Ray. We've already mentioned the wheels, but E-Ray will also offer an exclusive stripe package, standard carbon flash badging, and a Charge+ button on the centre console.

Pricing for the 2024 Chevrolet Corvette E-Ray starts from $128,798 in Canada for the coupe. There will be loads of trim, seat, and interior choices that let the buyer take the price up from there. The car goes on sale this year.