Chevrolet Goes Back to the Name Bin for Compact Trailblazer Crossover

Chevrolet is going small with its latest crossover entry. You might remember the Trailblazer name from the SUV offering of the early 2000s, but this time the badge is getting put on a crossover that fits between the Trax and the Equinox and is decidedly more about style than running over rocks and trees.

The Trailblazer works into the lineup like the bigger Blazer. It’s one that’s focused more on what Chevrolet calls youthful style. Bold and expressive instead of rugged. More urban than rural, though you won’t ever mistake the nose of this one for the Camaro like you maybe could with the Blazer. RS and Activ trims both get a two-tone roof that gives the floating roof effect that’s increasingly common these days. 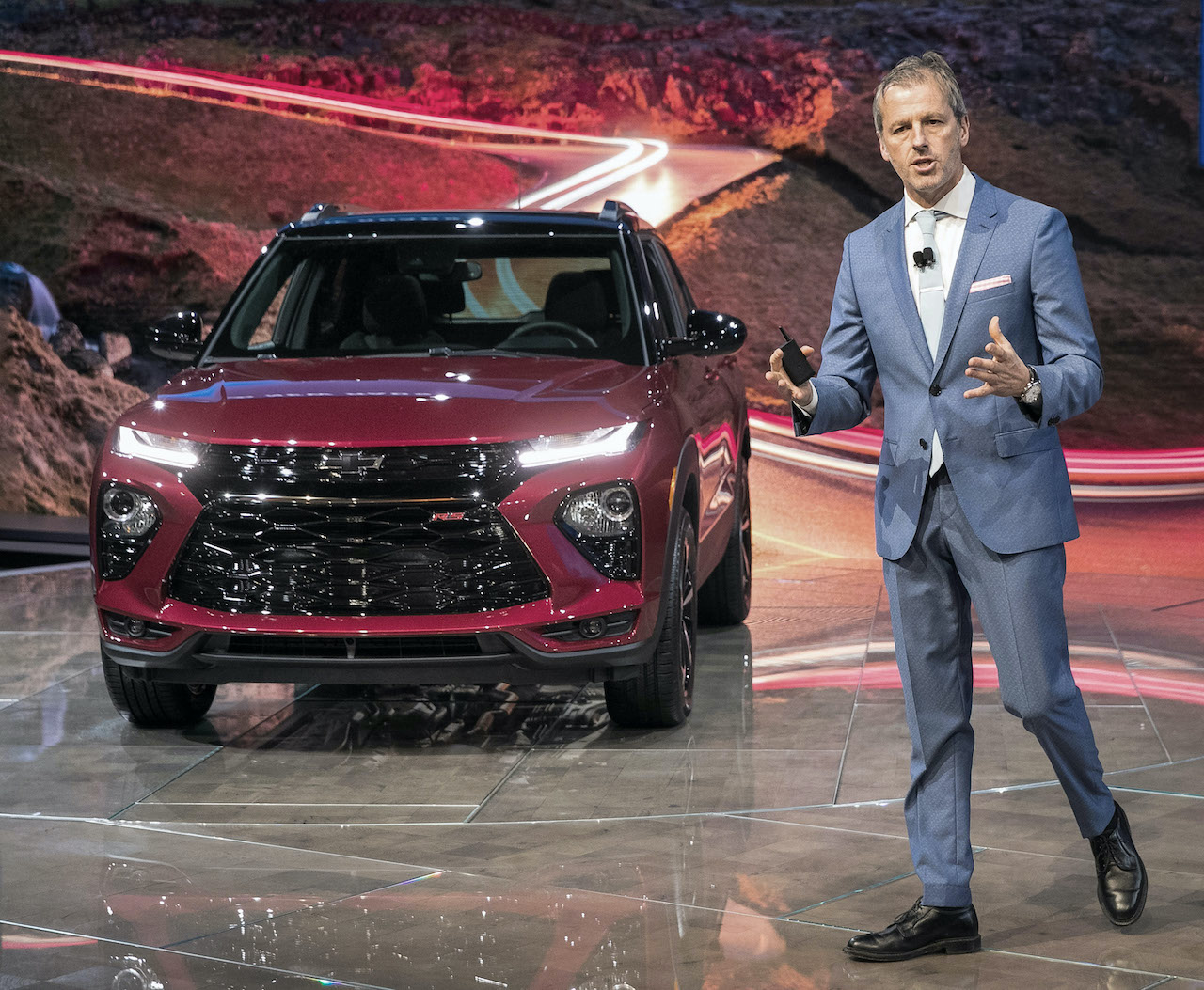 New for the Trailblazer is a trim level called Activ that is supposed to give the little CUV some more off-road capability, though Chevrolet is being refreshingly up-front about its intent. The Activ has special damper tuning that they say is designed to “enhance vehicle performance and ride comfort when traveling on gravel roads.” Which is, if we’re being honest, the kind of “off-roading” that even the most hard-core SUVs are most likely to experience. It also comes with Hankook 17-inch tires with “an aggressive shoulder design” that’s more suited to that gravel use. The nose gets a slight revision to help ground clearance, and there are trapezoidal exhaust tips because they’re cool.

Debuting with the Trailblazer is a new version of Chevy’s infotainment system that allows two phones to be paired at the same time via Bluetooth so the passengers can go hands-free, or drivers can manage personal and work phones. Also new is wireless CarPlay and they’ll get Android Auto compatibility. 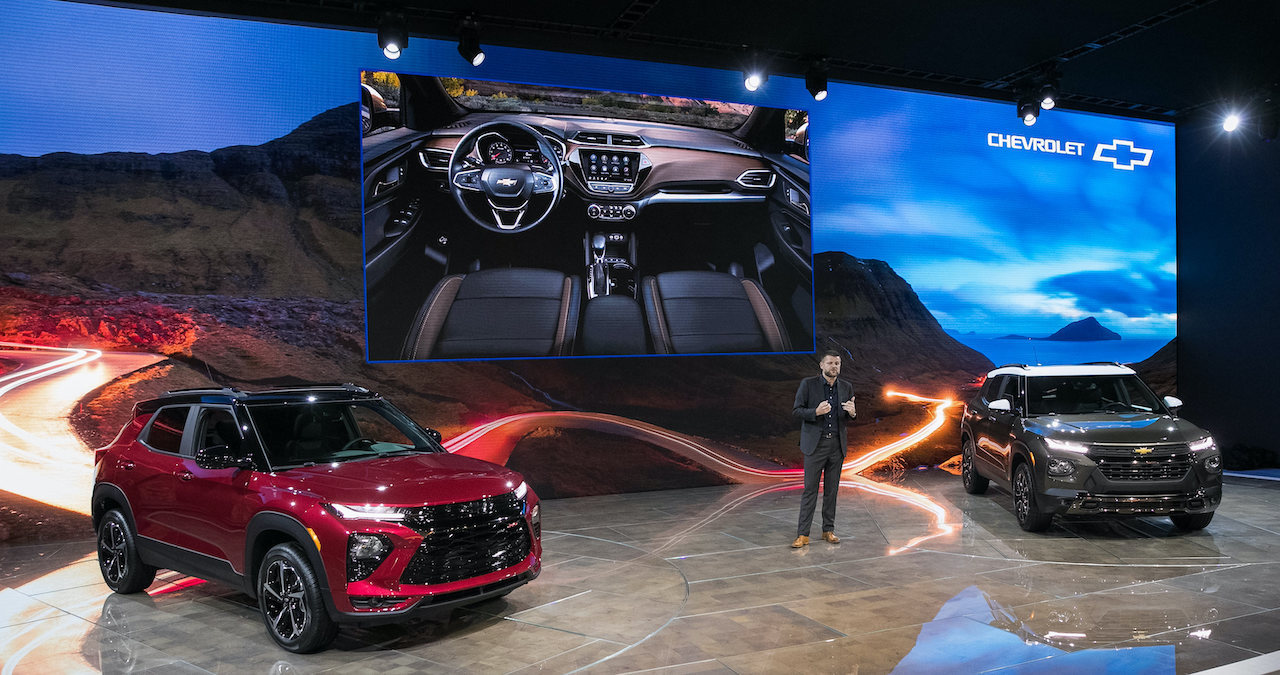 Two small engines will power the Trailblazer, a 1.2L and a 1.3, both turbos, both triples. We’re expecting the same 137 hp and 162 lb-ft of torque from the smaller one as the Buick Encore GX and the 1.3 will make 155 hp and 174 lb-ft. Both get a CVT standard, but add the available all-wheel drive to the 1.3 and you get a nine-speed auto.

The Trailblazer was displayed this week at the LA auto show, but it won’t make its Canadian first appearance until the Montreal show in January. It’s set to arrive in Canadian showrooms in the spring, with pricing to follow. 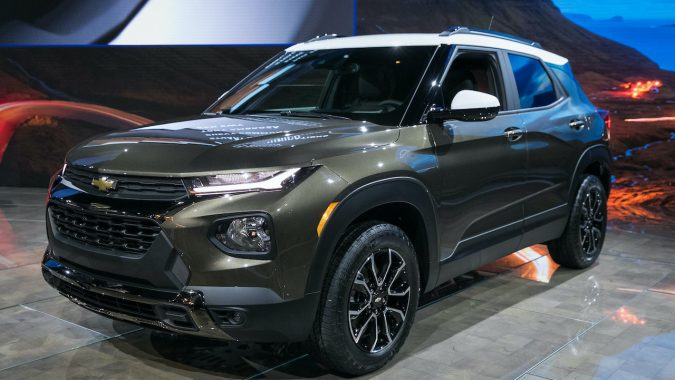 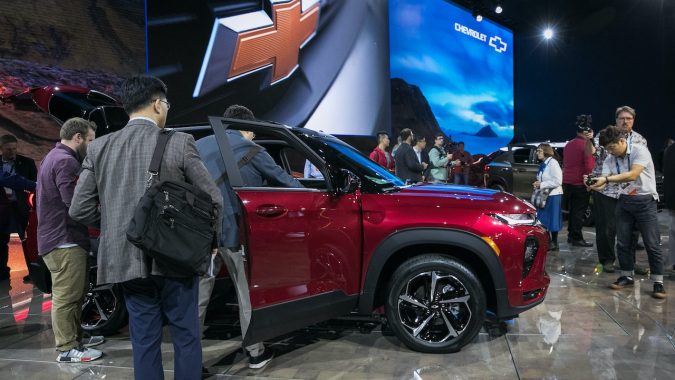