Chevrolet has developed a new test area constructed at its Yuma Proving Ground to expand off-road performance for vehicles like the ZH2 Colorado fuel cell.

Building an all-new, hydrogen fuel cell electric vehicle is itself a daunting task.

Engineering one that is off-road capable presented a new level of challenges for the Colorado ZH2 team.

The Colorado ZH2 is a demonstration vehicle that will be tested by the U.S. Army in 2017 to evaluate the effectiveness of a hydrogen fuel cell-powered off-road vehicle in mission settings.

The ZH2, powered by GM’s Hydrotec fuel cell technology, was unveiled Oct. 3 at the fall meeting of the Association of the United States Army (AUSA) in Washington, D.C.

It made its auto industry debut at the recent 2016 SEMA Show.

The ZH2 shares several components with the production Colorado, including the cab, doors and roof. The standard Colorado production cab was moved back 125mm to accommodate 37-inch off-road tires. 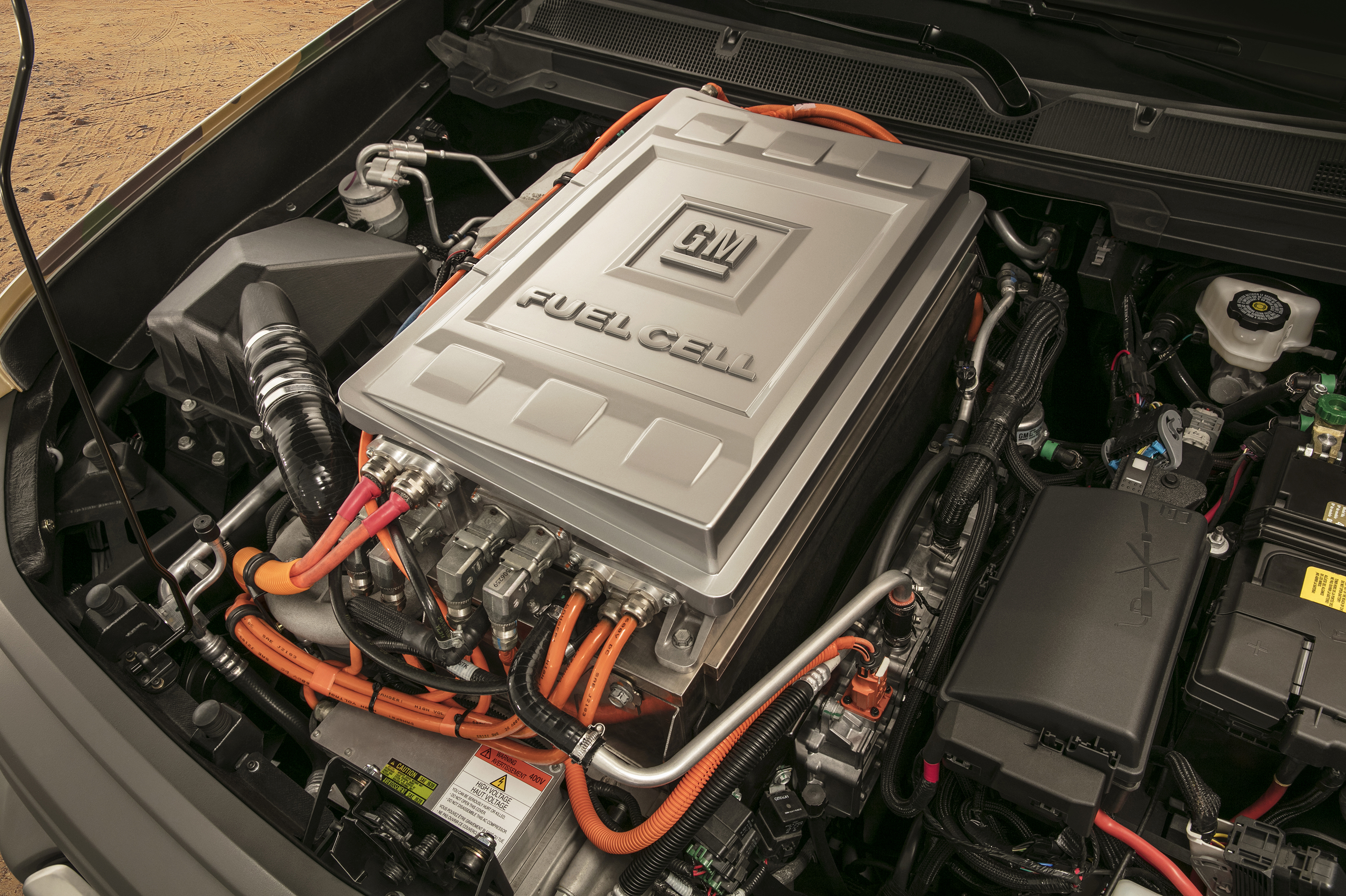 Under the power dome hood of the Chevrolet Colorado ZH2 fuel cell electric vehicle, the fuel cell system that has accumulated 3.1 million miles of real-world driving by civilian and military operators is ready for a year of extreme off-road testing as a U.S. Army demonstrator.

At the front, the ZH2 hood incorporates a power dome to accommodate a transversely mounted fuel cell stack. The front fascia is a dramatic departure from the production truck.

Cooling was enhanced and moved to the rear to help regulate temperatures while exporting electric power in a stationary, hot environment.

The bold appearance of the Colorado ZH2 was driven by the packaging requirements for the fuel cell system, stationary power generation and chassis hardware necessary for off-road performance.

At the rear, the ZH2 features a clamshell cover that integrates air intakes feeding radiators honeycombed behind the rear doors.

Moving the air intake near the roofline lessens the amount of dust and dirt ingested into the radiator during extreme conditions.

Power is transferred from the 93 kW fuel cell system to the 132-kW electric motor, which produces 236 lb/ft of instantaneous torque.

That torque is then delivered to the transfer case and a four-wheel drive system with front- and rear-electronic locking differentials. 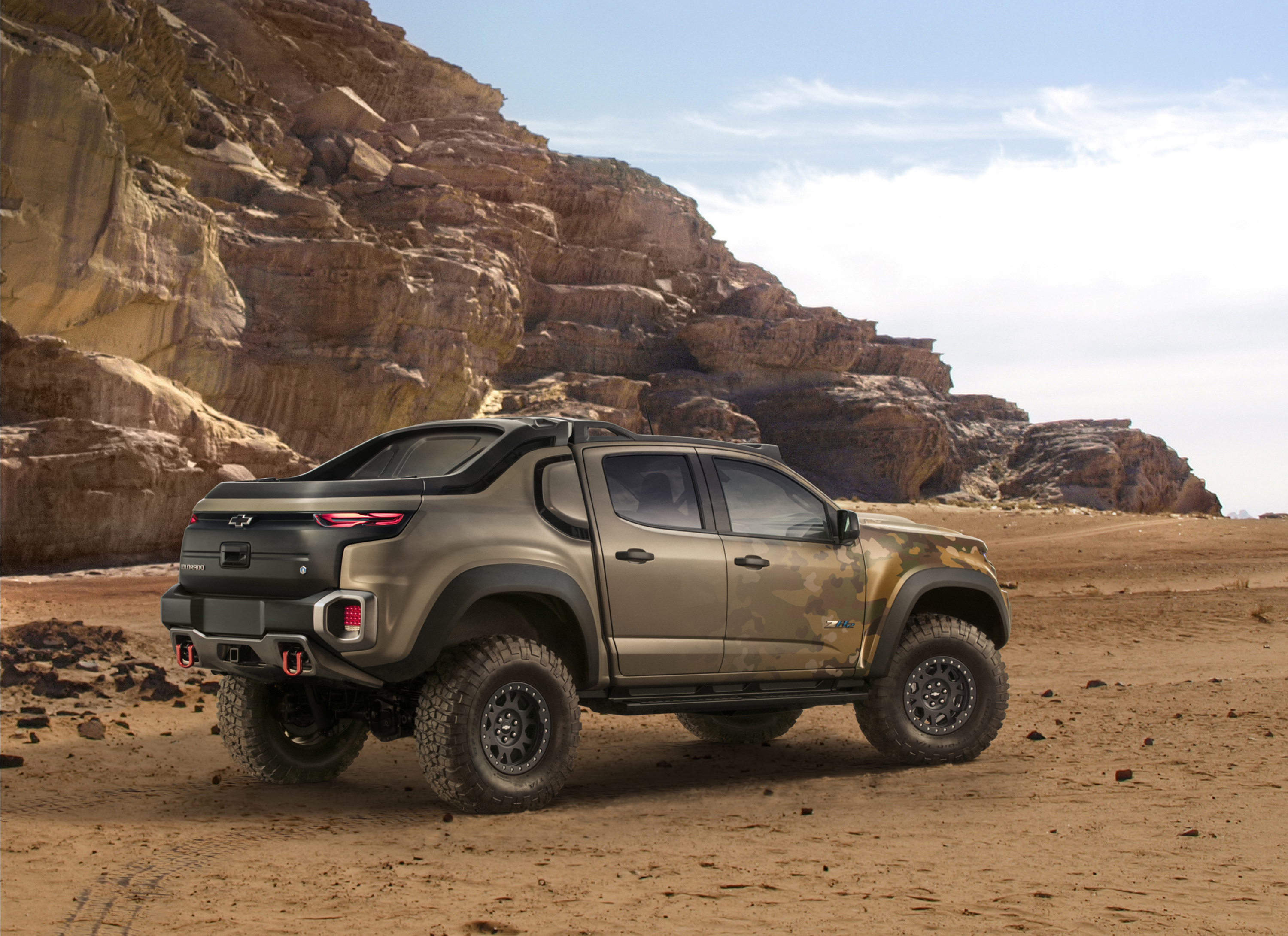