The Blazer will slot in Chevy’s crossover lineup between the Equinox and Traverse.

GM has gone ahead and pasted the vaunted Blazer name on a front-wheel drive based unibody two-row crossover. The time for weeping about that decision has passed, as Chevy has long since committed to the model. Yesterday, they announced pricing and trim levels for the Canadian market.

Entry level models will be priced at $35,200 and called Blazer 2.5, which sounds like a software update but actually refers to its engine size. It will be a direct-injected four-cylinder mill making 193 horsepower, imbued with stop/start technology and backed by a nine-speed automatic.

Further up the ladder is the Blazer 3.6, a model which will share much with the 2.5 in terms of comfort equipment but will have a 305hp V6 engine installed between its fenders, a power output that matches the cubic inch displacement of an engine available in the old full-size truck., so at least there’s that.

The 3.6L V6 also deploys a nine-speed automatic, just like the four-banger, and will be the only engine available in sporty RS and top-spec Premier trims of the Blazer.

Those snazzy RS models will be visually distinguishable by a black mesh grille and bowtie emblem, along with 20-inch dark machine-faced wheels. Premier trims will prove there’s no plate like chrome, ladling on the brightwork and adding 21-inch pearl nickel wheels.

Blazer will slot in Chevy’s crossover lineup between the Equinox and Traverse. A reported 64.2 cubic feet (1818 litres) of cargo space is available with the second row of seats folded, compared to 63.5 cubes (1798 litres) in the Equinox and 98.2 cu.ft (2780 litres) in the three-row Traverse. GM says the Blazer will tow 4500lbs when properly equipped.

While the Equinox and Blazer may be close to each other in cargo space, their price difference will be quite vast. A base model front-wheel drive 2019 Equinox with a 170hp 1.5L engine starts at just $26,700 in this country.

The much larger Traverse, in front-wheel drive with a 310hp 3.6L engine in base trim, starts at $35,900. Alert readers will note this sum is just $700 north of the Blazer. This financial proximity could make the Blazer a tough sell, unless shoppers think its Camaro-like looks are worth a premium. It will also be much more lavishly equipped than an Equinox, even in base trim, an important distinction when comparing apples to oranges.

The Chevrolet Blazer will arrive at Canadian dealerships in early 2019. 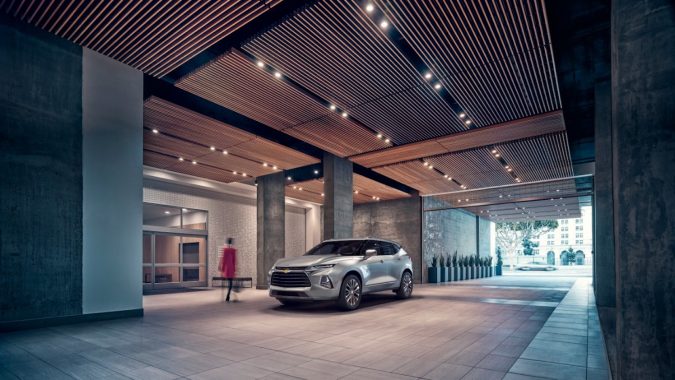 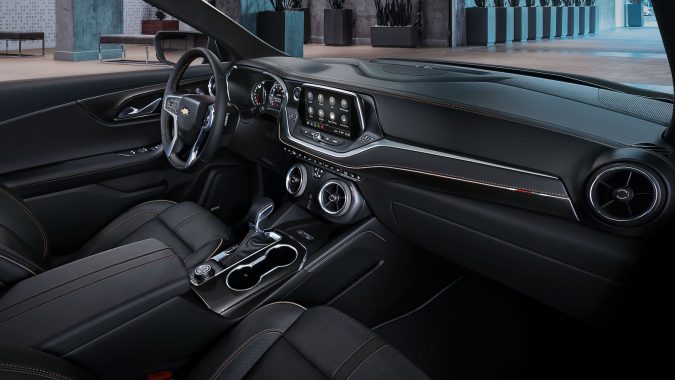 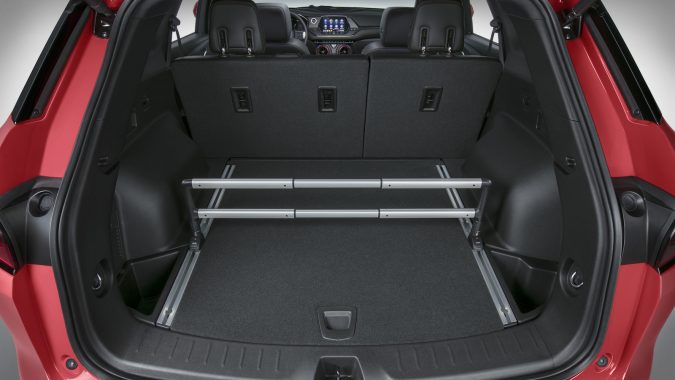 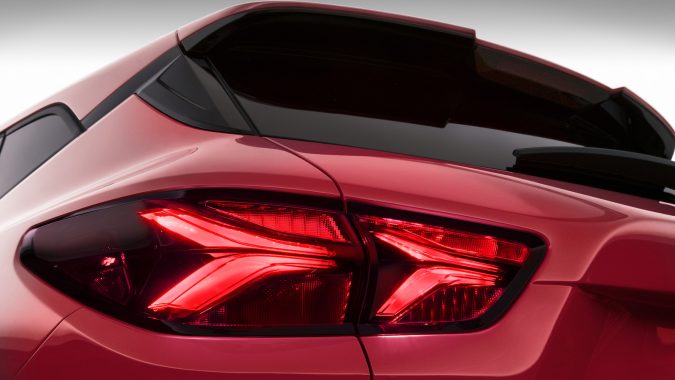 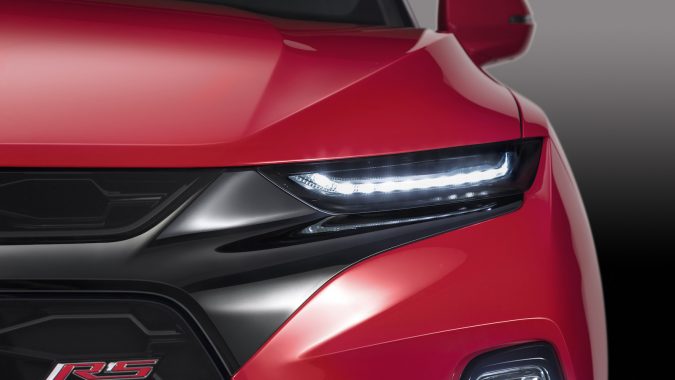