The total cost of ownership has got to be attractive.

The Star recently published a column of opinion about why the Ontario government was correct to stop subsidizing electric vehicles. Last Saturday, the Star published a number of letters to the editor, all of them critical of that particular column.

As I have found out, whenever I’ve written anything (or said anything) that could be considered even remotely “anti-electric,” you do so at your peril. What’s puzzled me about this reaction in my case is that I consider EVs to be on a par with just about any other vehicle out there and, in some cases, superior. But that doesn’t mean I’m going to go all ga-ga over them.

Yes, the environmental benefits are unmistakable and the manufacturers of some EVs, specifically Audi and Jaguar Land Rover, seem to have gotten a handle on range anxiety. The e-tron and the i-PACE, for instance, can both go in the vicinity of 400 kilometres on a full charge.

But that doesn’t mean electric cars are perfect. The time it takes to charge is still a problem compared with the time it takes to fill a tank with gasoline (although Audi is going full steam to get that charging time down to 10 minutes) and the price of some EVs is beyond the reach of many — not all, but many — consumers.

While the base-model Nissan Leaf all-electric car retails for under $40,000, the MSRP for a Mitsubishi Outlander Plug-in Hybrid (PHEV), for instance, starts at about $43,000. And remember: both those figures are suggested retail prices and how many of any car get driven off a lot these days for that “starter” amount?

My wife has a friend who recently took possession of a Tesla Model 3. She loves it, but she wound up paying more for it — a lot more — than she initially expected. She made the deal originally for around $50,000 but a year — and two phone calls from Tesla — later, when she actually got the car, the price was up above $70,000. (They talked her into things.)

Now, she got the $14,000 rebate, which took the pressure off her pocketbook somewhat, but it still turned out be a whack of cash. So price, plus the time to charge, remain challenges for the EV industry.

I also think the marketing of electric vehicles has left a lot to be desired. Like it or not, some people don’t care about the environment and if you tell them it’s their duty to “save the planet,” they will react by going out and buying a gas guzzler.

I think it would be much better to focus people’s attention on what an EV would mean to their wallets. EVs, for instance, don’t have “scheduled maintenance.” Everybody knows that every time you take your combustion car into a dealership to get your tires and oil changed, some service adviser is going to sit down with you and tell you how the “doo-hinky seems to be full of gunk and should be replaced” and before you know it you‘re putting $800 on your VISA and thinking to yourself, “How the hell did that happen?” If you have an EV, there ain’t no “doo-hinky.”

And isn’t it delightful to drive past your favourite Petro-Canada at 6:30 in the morning and see how the price of petrol per litre has gone up from $1.23.9 the night before to $1.30.9 now and regardless of political promises and other excuses, the 70 litres you buy to fill up your tank will still set you back nearly 92 bucks and you think to yourself, “Thank God I quit smoking.”

Add a few more cents to that price-at-the-pump and it’s $100 a week to drive that thing, which is $5,200 a year and I don’t know about you but the electricity coming into our house over the course of a year does not cost us $5,200.

So, if you want to save money, go electric and I don’t know why the manufacturers don’t make a bigger deal about that.

Having said that, there are still questions about EVs. I have a house with a garage, so I don’t have any problems. My daughter and her husband don’t have a garage but they have a driveway, so they can plug in, too. But my two sons — one lives in a midtown Toronto apartment that was built in the 1950s and doesn’t have chargers and the other owns a downtown Toronto house but has to park on the street — can’t charge at home, so they both say EVs are not for them.

The answer, of course, would be for them to charge at work. But my wife’s friend-with-the-Tesla says there’s no guarantee of that. She works at a building in Mississauga that has four charging stations. People with electric cars get to the charging stations, plug-in and then leave their cars there all day.

When I was in San Francisco at the Audi e-tron launch a few weeks ago, I asked Cody Thacker, Director, Audi ONE, Audi of America, about some of those irritants. He said it was a problem and that my wife’s friend’s experience wasn’t out of the ordinary. He said he’d been at a conference where Google had addressed this. 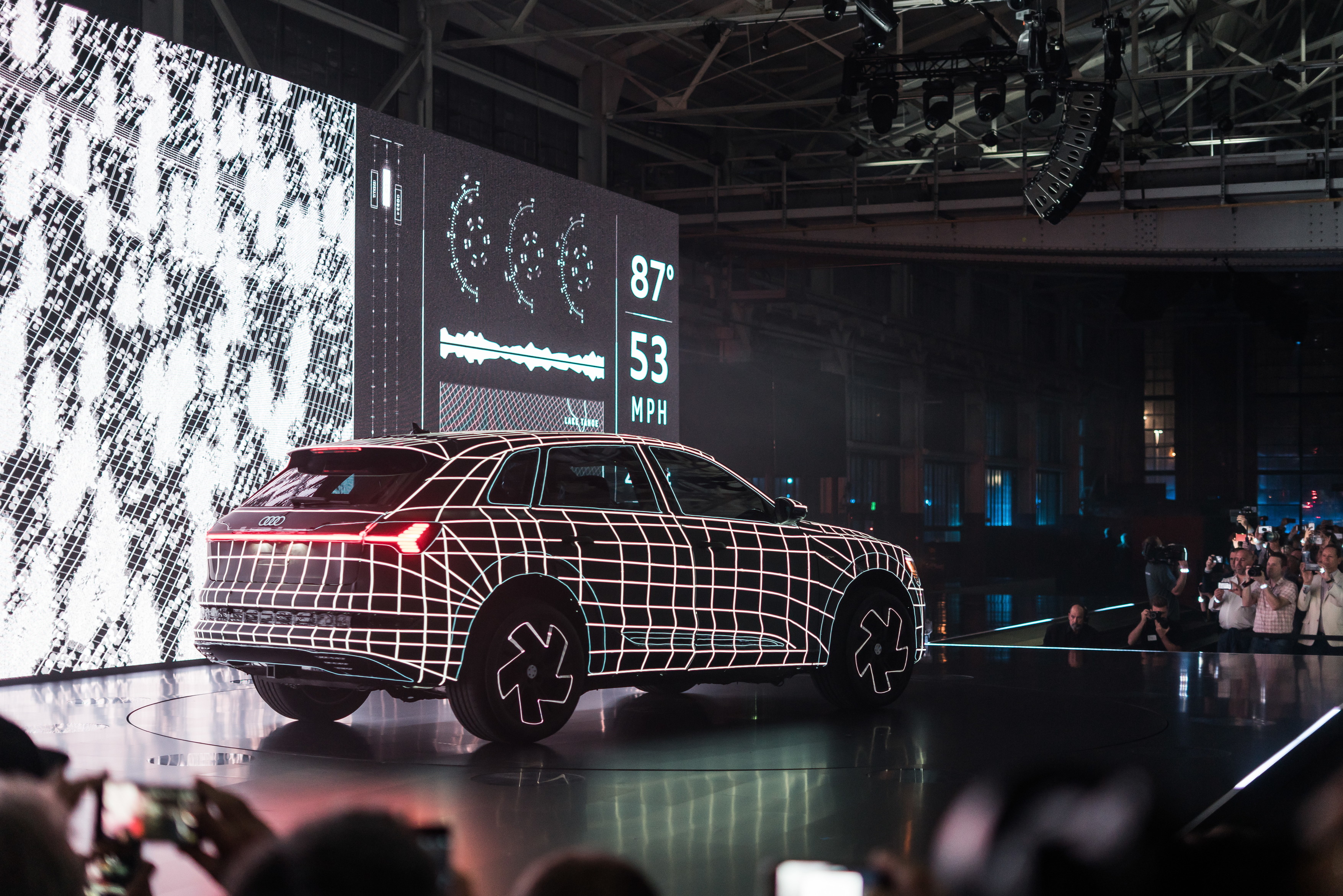 The Charge  world premiere of the Audi e-tron

“Google talked about their workplace charging program, which is free,” he said. “Their solution? They charge people a fee to ensure that they don’t plug in all day. They call them ‘idle fees.’ You can be plugged-in at a charger for a period of time but after that you will pay for being there.”

Thacker was an interesting interview and he set me straight on more than a few things having to do with EVs. How, in the United States, for instance, private enterprise is bringing solar energy and wind power into the mix in a big way.

“It doesn’t matter where you live, whether it’s in a condo, or a highrise apartment, or a house in the suburbs, you can buy an off-site solar panel and the energy created by that solar panel will be directly credited to your electricity bill. You’ll be using your own energy to charge up your EV. It’s all about sustainability now.”

I told him that I live in Ontario, where there is — they say — a surplus of electricity that’s being dumped. But during the hot weather months of July and August, when everybody has their air conditioners going, there are brownouts and, sometimes, complete power failures. What is going to happen when a million electric cars are plugged in?

Said Thacker: “When everybody got central air, the question was, ‘How in the world will the grid be able to handle it?’ Well, it did. When there is increased demand on the grid, the utilities find a way to handle it. I think utilities see this as a great opportunity — there’s new demand, which means new markets. 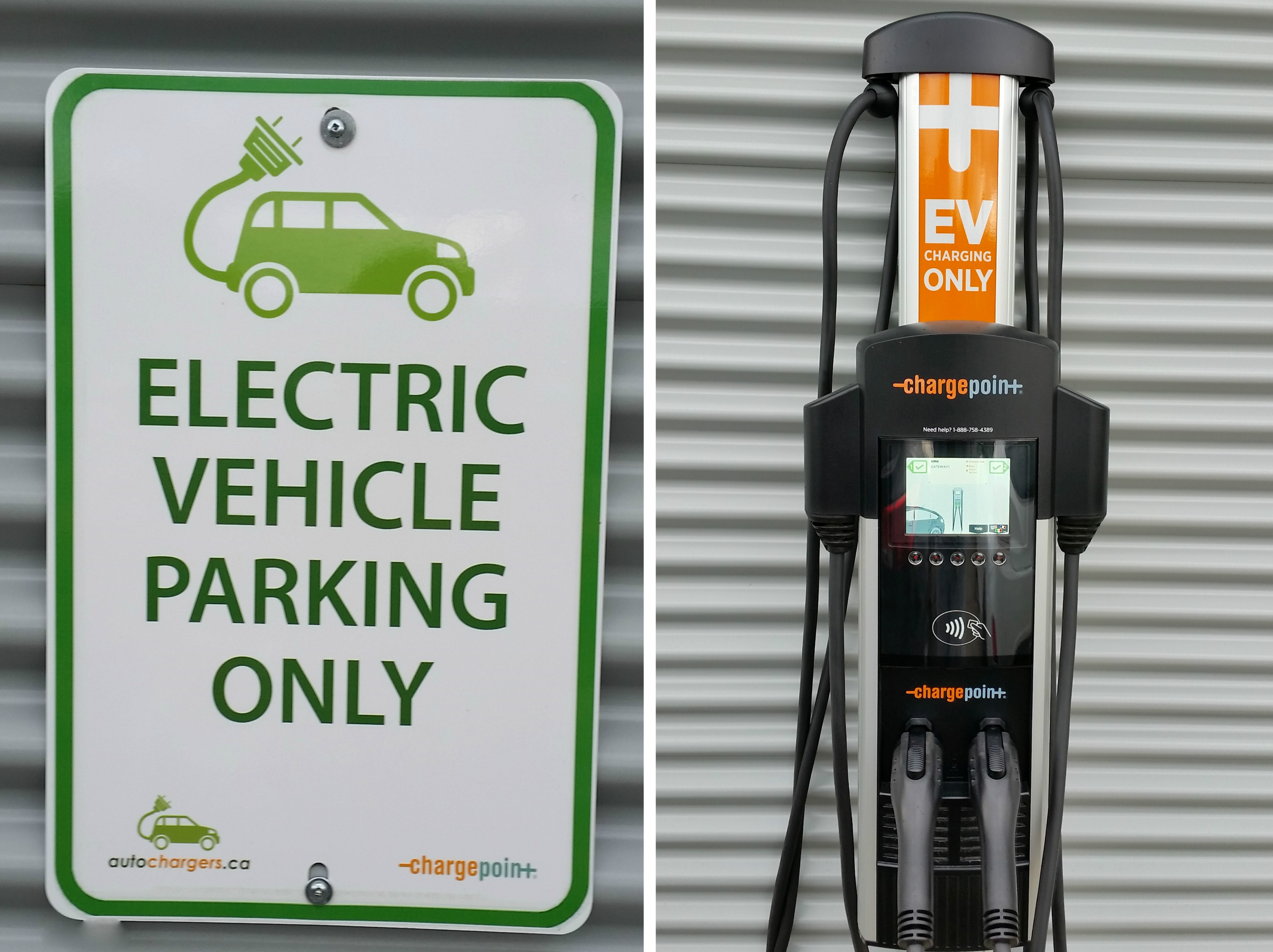 “But also, as homes are becoming more efficient, electricity consumption is decreasing. We will have more to power our cars. But we also will have to explore vehicle-to-grid interaction and home energy management systems to ensure vehicles are charging at the right time.

“It’s a technology question about how all of this is going to work. I have to say, though, that the utilities are quite eager for this market to develop.”

I had to ask: if there’s gold in them thar hills, as all of this talk about new utility markets seems to indicate, why haven’t the traditional automobile fuel companies jumped aboard? When have those guys ever turned their backs on a buck? Why can’t I, for instance, pull into my local Esso or Shell station and buy gasoline, or diesel, and/or hydrogen and electricity?

“My belief,” said Thacker, “is that you will see the oil companies become increasingly interested in this. Shell recently made an investment in a charge-point operator in the U.K. so you`re already starting to see it happen. As the EV market grows, that interest will only intensify.”

After answering my questions about the cold in Canada’s north (“our product engineers are developing a very sophisticated thermal management system”) and will I ever be able to go anywhere in the world, as I can now with gasoline stations, and get a charge (“ultimate charging means the grid will be able to supply a charging point anywhere and everywhere”), I asked about the complete rethink that will soon have to take place so far as personal mobility and transportation is concerned.

“This isn’t about a car anymore,” I said. “It’s about philosophy and technology.” And he replied:

“Bloomberg New Energy Finance (a research organization devoted to the generation of energy ideas) will tell you that by 2040, 50 per cent of all vehicle sales will be electric vehicles. Skeptical people (he didn’t say, ‘like you,’ but he could have) are starting to come around.

“You also have to take into consideration the consumer benefits of purchasing an electric vehicle; of understanding the performance you can get out of electric motors, how dynamic they are and how quiet they are. You understand that there’s a big performance gain to be had.

“And then, on top of all that, the total cost of ownership has got to be attractive, and the maintenance requirements of EVs, of which there are few, bolster my confidence that Bloomberg is right.”

And this, of course, is where I came in …

I have just written a very positive column about EVs — but I did take some shots at them and I asked some questions. Will I hear from critics? You betcha. Will I be ready? You betcha again.

It all comes with the territory.

Are hybrids the better alternative? 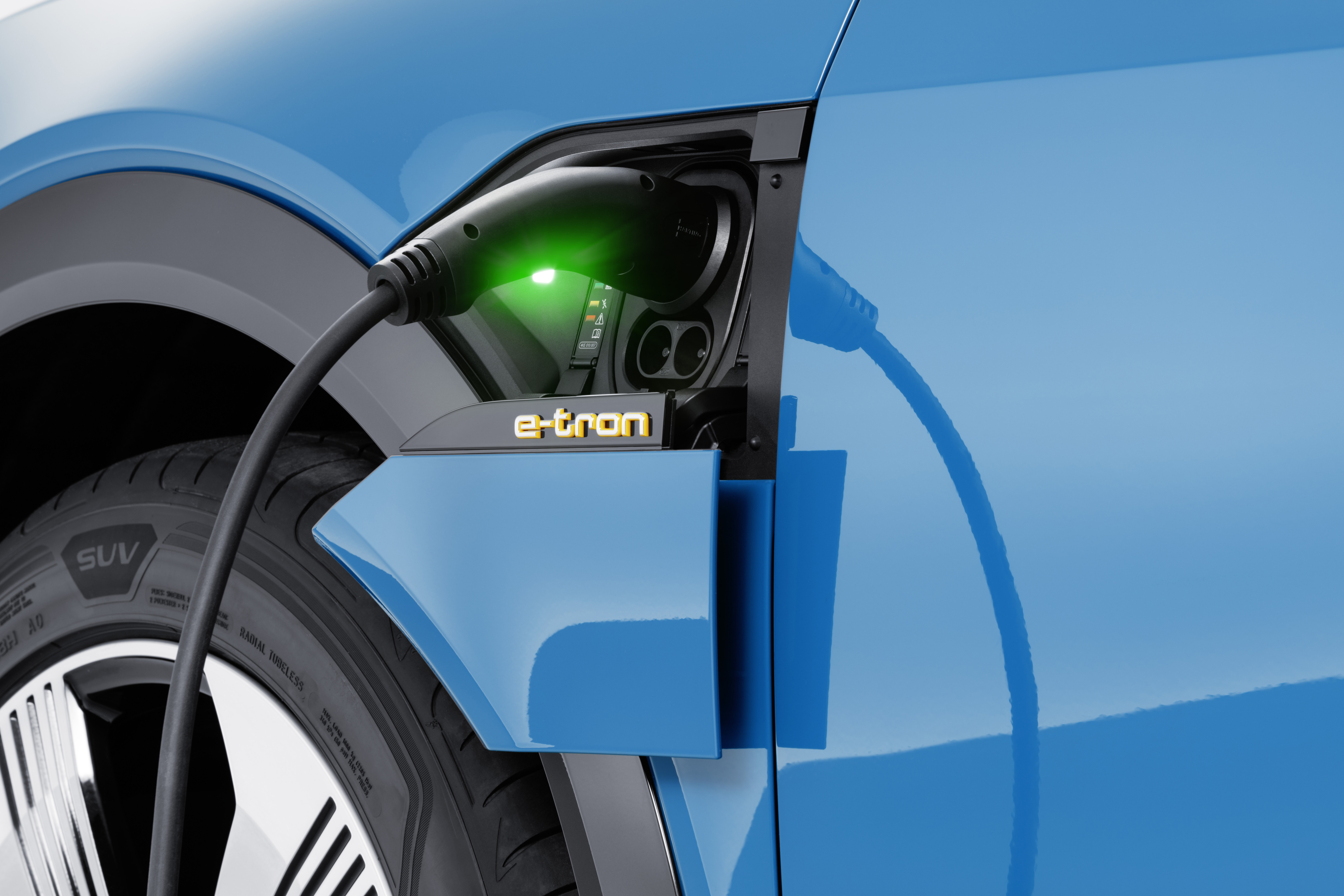 You will recall that a few weeks ago, I was in Virginia at the Insurance Institute for Highway Safety crash test of the 2019 Subaru Ascent and while I was able to write about the test, I couldn’t report the results because they weren’t then available.

Well, they are now and the verdict is that the Ascent three-row SUV has earned the coveted Top Safety Pick+ (TSP-Plus) for 2018.

The three-row Ascent, with seating for up to eight, earned “good” ratings — the highest possible — in all six crashworthiness tests conducted by the IIHS: driver and passenger side front small overlap; front moderate overlap; side impact; roof crush and rear.

“Safety isn’t just something we do, it’s part of everything we do,” said Subaru Canada, Inc. (SCI) president, chairman and CEO Yasushi Enami. “This Top Safety Pick+ rating from the IIHS for the 2019 Ascent reinforces that commitment, and I couldn’t be more proud of this accomplishment.” 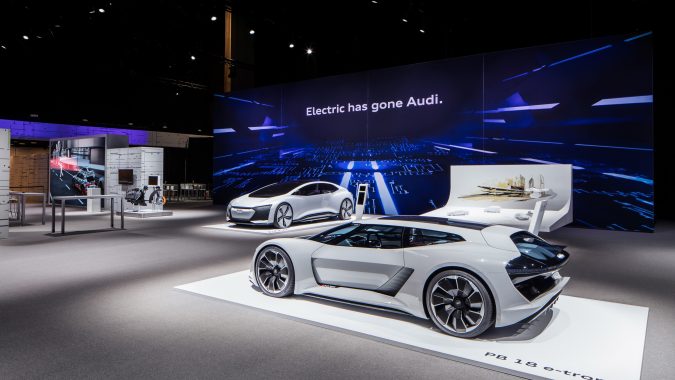 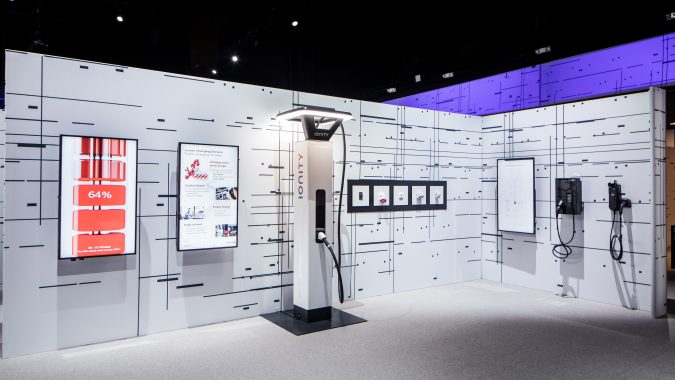