Celebrating 70 in Style at Vancouver’s Luxury and Supercar Weekend

For the 8th straight year, the Luxury and Supercar Weekend blew through Vancouver, BC. This edition, however, was special: the show is one of a handful of places throughout the year where the first car ever to wear the Porsche badge was shown to the public: 1948’s 356/1, stopping in Vancouver fresh after the Pebble Beach Concours in celebration of the brand’s 70th anniversary.

That’s just one of the many highlights – both Porsche-related and not – that awaited the public at Vancouver’s beautiful Van Dusen Gardens. 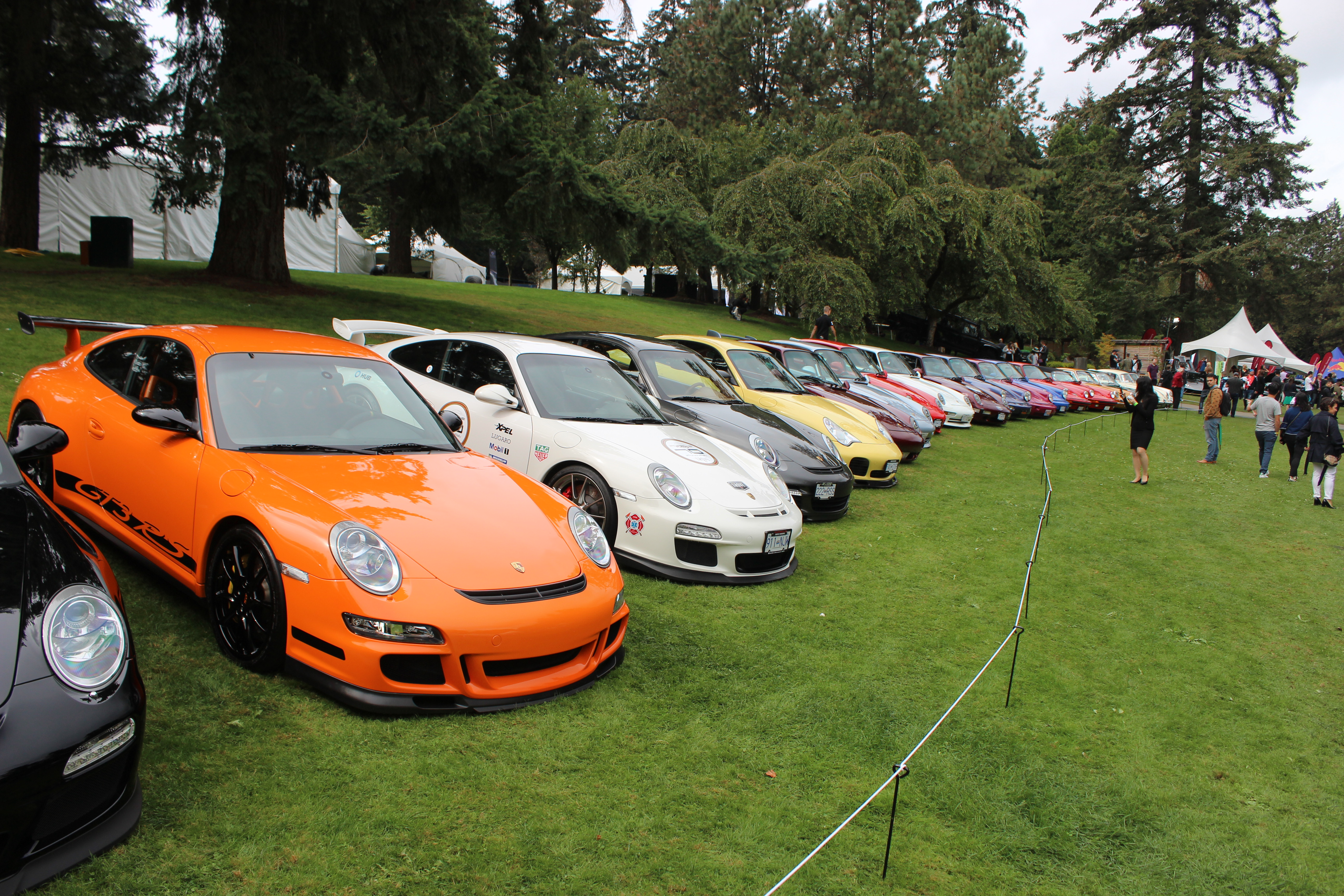 Somehow, even after all these years, this car looks futuristic; the flying saucer wheels (actually, the whole thing kind of looks alien), ultra clean and smooth body panels and partially covered wheels are pretty modern looking, even by today’s standards. Inside it’s a little more old-school – just look at the size of that steering wheel! – but it’s gorgeous anyway. Yeah, it only makes about 40 hp but really, that just doesn’t matter, does it?

In yet another tantalizing mix of the new and old, Singer – those bloody great blokes that take old 911 (964) models and turn them into rolling works of art — brought their newest creation to the show. Developed in conjunction with the Williams F1 team (it’s actually manufactured at Williams’ facility on Oxfordshire, UK), the DLS gets a full carbon body, bespoke BBS Fuchs-lookalike wheels and Michelin tires, and a Hewland gearbox with magnesium case that all combine to keep the weight below 1,000 kilos. Power is rated at 500 hp, plenty to get this baby up and at ‘em in short order. The company also brought along one of its more traditional cars, and even surrounded by all this precious metal, it stands out like a beacon to beautiful classic motoring.

Yes, the Singer may look like rolling art in the classic sense, but this Lambo does the trick in a more modern way. Standing there all red and edgy and ground-hugging, you can almost see it cutting through the air ‘round it, even as it stands still. Oh, and those wheels. Wow.

If you need your Italian exotic to look even more so, then all you had to do was make a 180-degree turn from the Lambo and feast your eyes on this, the latest creation from the masters of the bespoke hypercar, Pagani. Carbon fibre everywhere, exposed gear linkage and V12 power are just a few of the pieces that combine to bring the MSRP of this Argentinian-Italian beauty to – enter Dr. Evil – 4.5 MILLION dollars.

While it may not have quite the cache of the Singer or Huyara, a new Ferrari is always something special and the newest one stood as the pride of the Ferrari display at this year’s event. Twin-turbocharged V8 power to the tune of 591 hp and 561 lb-ft of torque, magnetic dampers and edgy styling should help many forget the California T the Portofino is replacing verrrry quickly.

Indeed, at shows like this, you do a lot of walking around and standing. Beautiful cars or not, that can get tiring. Luckily, if you can’t find a bench, the latest Roller has you covered with deployable seats in the rear hatch. There are also deployable trays in the rear seats, suicide doors and twin-turbo V12 power. Not to mention leather from Rolls’ own carefully maintained cattle herd.

In case you’d forgotten that Porsche was celebrating its 70th anniversary at the show, the brace of 911 models spanning form the ‘60s to the present that greets you almost as soon as you enter will surely remind you. GT3s, turbos, classic 911Ts – they’re all here, and I wouldn’t be surprised if some came just for this display. It’s almost as glorious as the Rauh-Welt Begriff car down the way, painted in classic Jaggermeister livery. Indeed, if you’re going to make a 911 that looks this outlandish, you may as well paint it to match.

…and a rainbow of Vipers

Well, the domestics weren’t going to let the Europeans have all the fun, right? Right. And what’s a good way to steal some of the spotlight away? How about a line-up of every Viper generation ever made, including the ultra-rare GTS-R homologation special? Yep, that should do.

You have to admire BMW’s confidence in taking their latest grand tourer—here to replace the outgoing 6 Series—and bringing it out here surrounded by ultra-rare machinery such as the Huyara and Performante. Here’s the thing, though; the 2019 8 Series represents a rebirth of a model line that has since become a bit of a cult classic in BMW lore. For a 10-year span that ended almost two decades ago, the 8 Series was almost the anti-BMW; all wedgy and long-hooded, it looked like no BMW before it. This latest car is a little more derivative than that, but it’s nevertheless a handsome beast that will grace the boulevards with the best of them, and likely be able to bend a few corners while it’s at it. 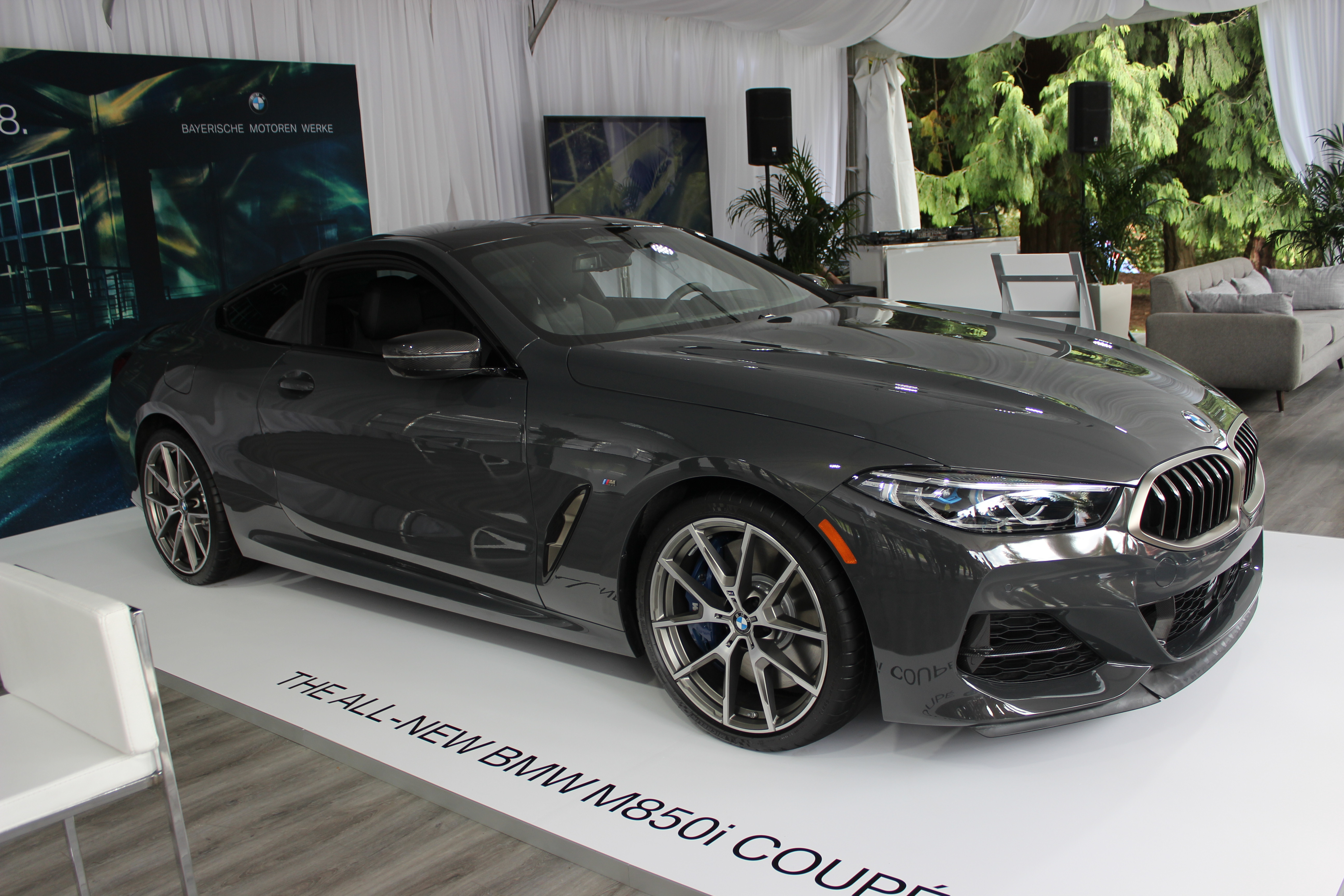 More than one 70th

Porsche isn’t the only manufacturer celebrating seven decades of success in 2018; British off-roading giant Land Rover is doing the same, and the show organizers were sure to make sure everyone knew it; the very first manufacturer that gets significant show space is Land Rover, represented by numerous customized Defenders, as well as an LR4 with a custom tent set-up courtesy of the good people at Rovalution Automotive in North Vancouver, two bridge crossings, and about 15 kilometers away from the show. 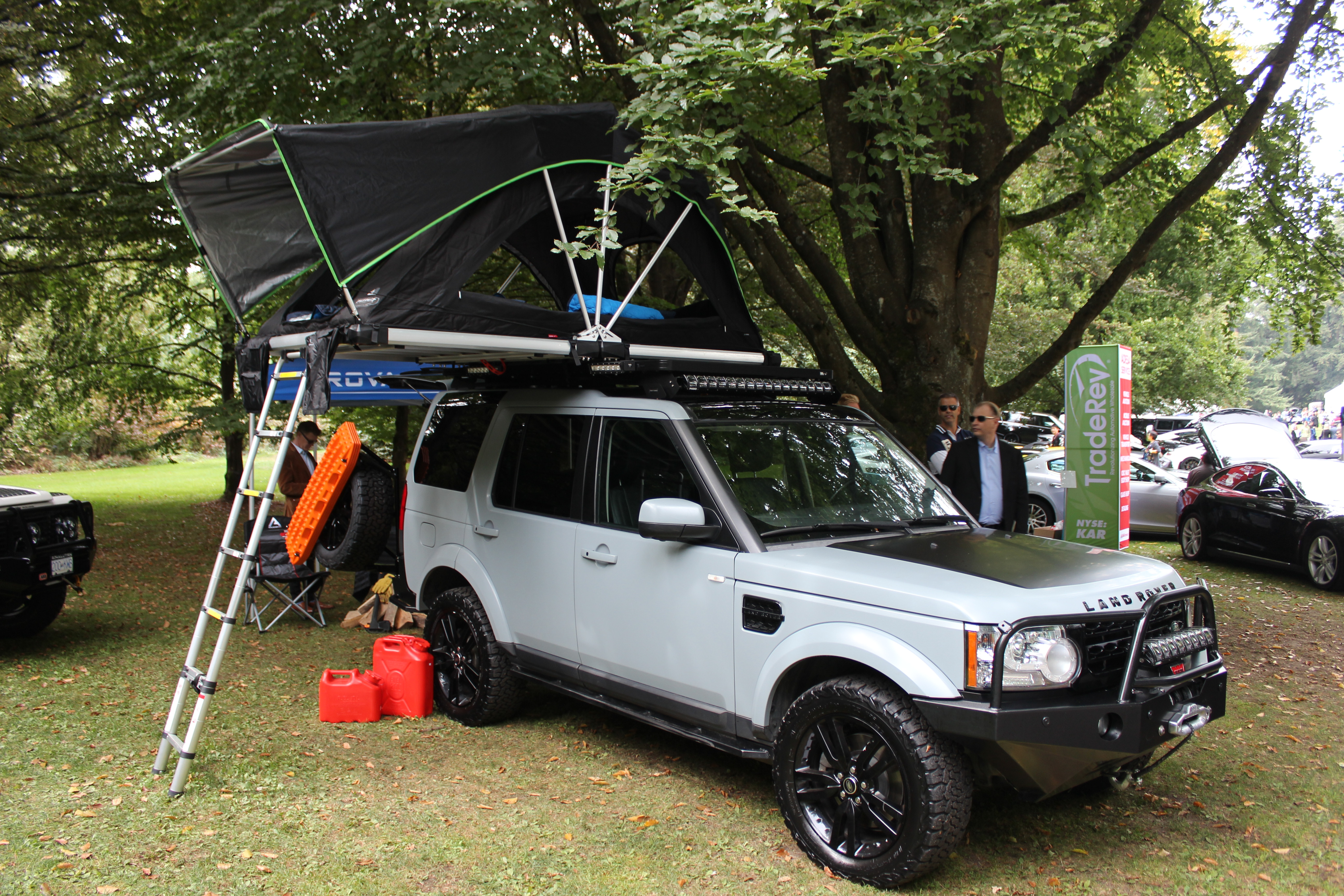 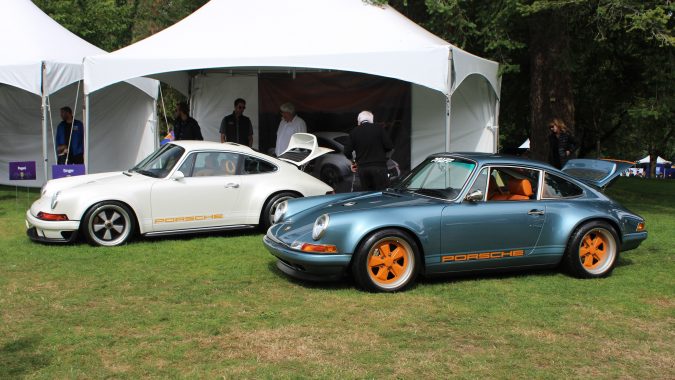 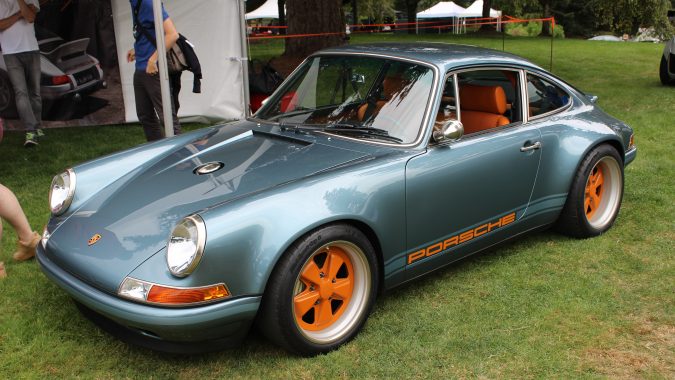 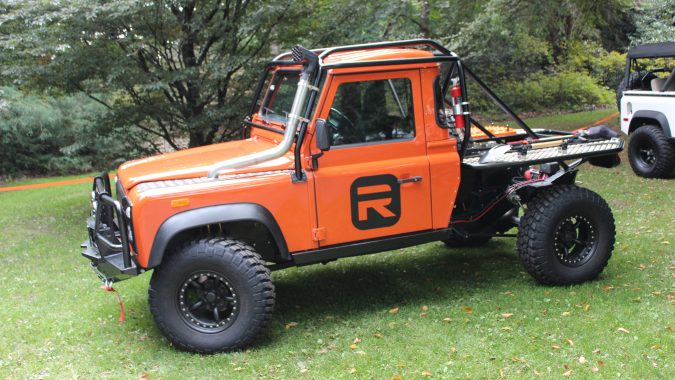 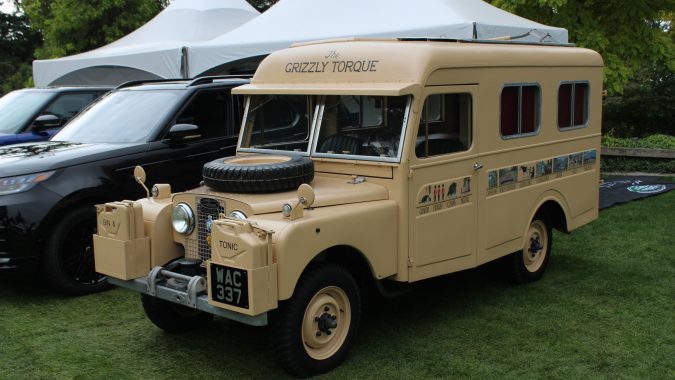