Nissan has announced pricing of $125,000 for the new 2017 Nissan GT-R Premium model which goes on sale beginning in mid-July at select Nissan dealers in Canada.

The 2017 Nissan GT-R represents the most significant makeover to the iconic supercar since making its debut at the 2007 Tokyo Motor Show before its launch in North America as a 2009 model.

It offers a fresh look inside and out, as well as major driving performance enhancements and key new features. All aspects of the vehicle are enhanced to broaden the appeal to customers seeking both GT (Grand Touring) and R (Racing) experiences – including new dynamic styling and 565 hp, an increase of 20 hp, as well as a standard Titanium exhaust system.

The enhancements to the new GT-R focus on five key areas – exterior design, interior refinement, driving performance, ride comfort and advanced technology – all with the intent to create new levels of refinement and excitement.

Inside the cabin, the new premium interior design features an instrument panel wrapped in hand-selected Nappa leather and a revised front seat design for enhanced comfort and holding performance. 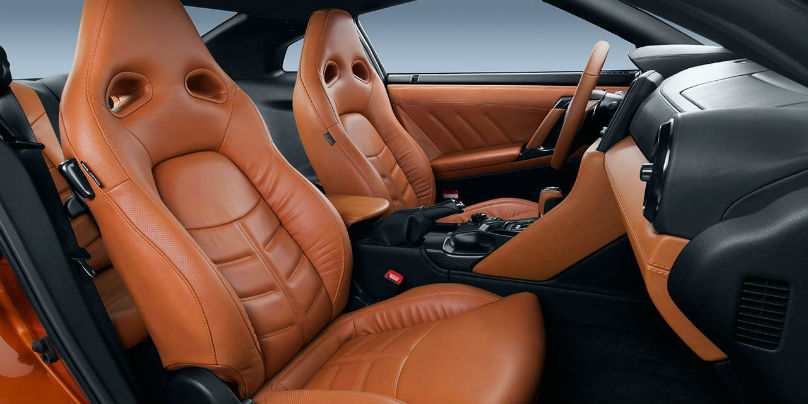 The simplified switch layout reduces the number of switches from 27 in the previous design to just 11, while an eight-inch capacitive touch panel monitor replaces the previous 7-inch design.

In addition, the paddle shifters are now mounted on the steering wheel, allowing drivers to make mid-turn gear changes without taking their hands off the wheel.

Among the powertrain changes is a new Titanium exhaust system – standard on GT-R Premium models – which combines with new Active Noise Cancellation technology to filter out unwanted noise and retain excitement during spirited driving.

Acoustic glass and targeted sound dampening help reduce the intrusion of wind and road noise into the GT-R cabin. 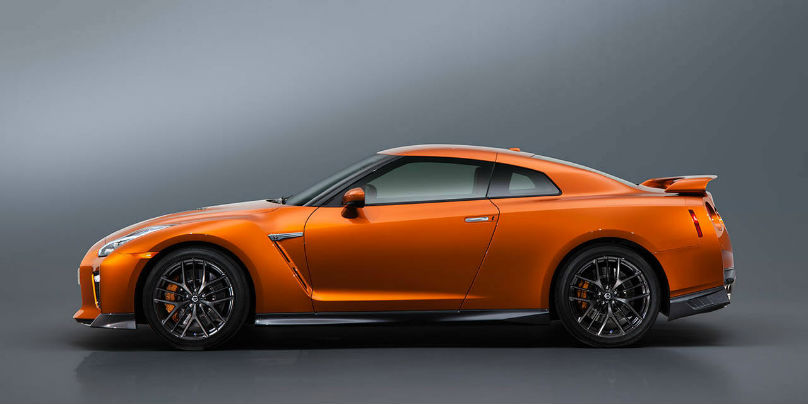