An article in the October 19 edition of the Star noted that the Toronto Police service had created a new squad of motorcycle and SUV-cruiser cops whose job it will be to target what they refer to as “The Big Four” of traffic offences, which they list as speeding, distracted driving, aggressive driving, and impaired driving.

It’s called the Vision Zero Traffic Enforcement Team, the “Vision Zero” aspect of which is actually part of an international effort to reduce the carnage caused by vehicular traffic. Just about every family – mine included – has been affected by this scourge. In our case as I’m sure in most, the ramifications last for years, decades. I have two major concerns with this program.

The first is the ranking of the problems.

Let’s face it – speed is not a problem for traffic; speed is the objective. If we weren’t in a hurry, we’d walk everywhere. See you in February… Motion equals risk – the only way to avoid collisions entirely is to not go anywhere.

The issue then becomes, how to get the most possible speed with the least possible damage, to lives and property. The key here is ensuring that the speed of traffic is consistent with the flow of other traffic, and with the specific environment. In the limit, and I admit this is an over-simplification, if everybody’s going the same speed, there’s nobody left to run into. I’ve written about this before, but apparently not enough.

The first photo radar experiment in Ontario some years ago was a perfect example. By setting the radar units at unrealistically low speeds on major highways, it had the effect of spreading out the speed distribution curve – some people going slower, most not. This meant more opportunity for people to run into each other.

The watchful drivers could spot the units a long way ahead, and would slow down to avoid getting “flashed”. Again, increasing the spread of speeds on the highway.

One of the proudest moments of my journalist career came when the Premier of Ontario said to me in person that my articles pointing out the fallacies of photo radar caused him to make an election issue of it, and in his mind, got him elected. That was Mike Harris.

To this day, if radar, photo or otherwise, is going to continue to be located in popular “fishing holes”, like the Prince Edward Viaduct bridge where Bloor Street becomes Danforth (no stores, no homes, no pedestrian traffic because there’s nowhere to go, yet there’s a stupid 40 km/ speed limit), or Yonge Street and Bayview Avenue on either side of the Mount Pleasant Cemetery (again, 40 km/h and most of the residents are already deceased) they’ll get no support from this corner. 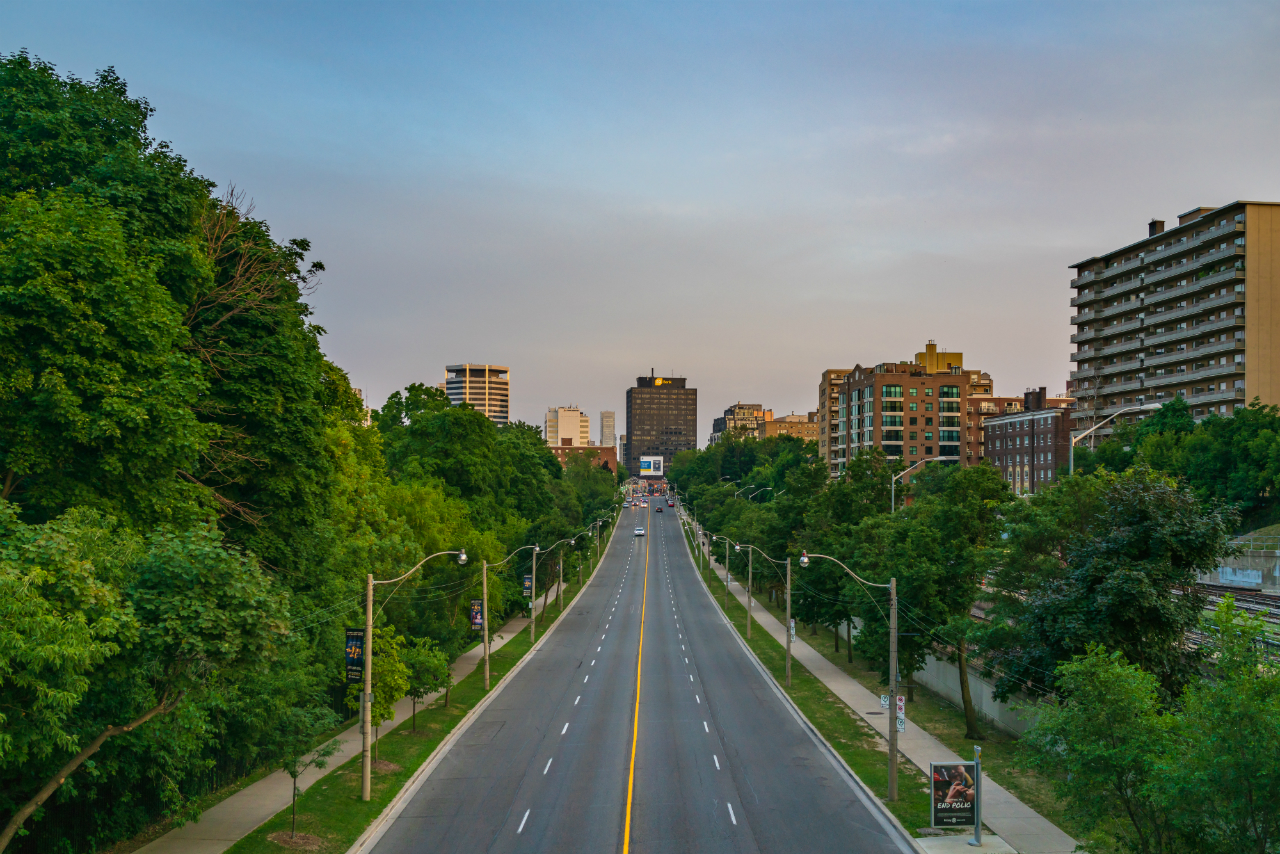 But if you put them in school zones with a 30 km/h limit with zero tolerance? Bring ’em on!

Distracted driving has become an ever more serious issue with cell phones now universal. Every car has hands-free capability – why is anybody still holding a handset? Actually, research conducted in part by a professor at my alma mater, University of Toronto, has suggested that driving while talking on a cell phone creates the same level of distraction whether hands-free or hand-held. It isn’t the decrease in manual dexterity that’s the issue; it’s the mental distraction.

Driving while talking on the phone is roughly equivalent to driving drunk.

The weirdest part of this is that this research also indicates you don’t get instantly sober when you hang up; the effect on your driving can last for up to fifteen minutes longer. There are physiological reasons for this which I don’t have room for here – you’ll have to trust me.

Still, it’s easier to tell when someone is yakking on their phone when it’s in their hand.

Impaired driving does not only mean impairment by alcohol, although that’s the toxic substance that’s best understood. I have also written here about the influence of marijuana and other drugs, recreational or pharmaceutical, on driving; that remains an issue. As does driving when fatigued, again hard to measure and hard to prove in court. But again Metro coppers, nail ’em to the wall when you can.

Now, what makes up the fifth element in my Big Five?

Simply the statistic that the vast majority of serious crashes would have “none of the above” in the crash report. Most take place in decent weather. During the daytime. On clear, well-marked roads. Mechanical vehicle issues are almost invisible. Neither driver is under the influence of alcohol, drugs, fatigue, or any other impairment.

Apart from the occasional headline story, even speed doesn’t seem to be a major factor.

From which one can surely only draw one conclusion – collectively, we just don’t know how to drive. It comes down to our driver training and licensing requirements. By the best of world standards, ours are abysmal.

Now, Young Drivers of Canada is one program with which I am personally familiar. All my kids took YD; they are all excellent drivers. But far too many driving schools appear to “teach to the test”, and teach students just what they need to pass our woefully inadequate drivers’ test.

Inadequate? No testing at night, in poor weather, or winter. Often, no testing on higher-speed freeways. I don’t know if this is still an issue, but at one point you didn’t even have to take the test where you most often drive.

Despite all that, something like 60 per cent of those who take the current test fail at least once.

How would they fare in England or Germany where the tests are actually real tests?

They’d be on public transit for life. Not a bad idea, actually…

So Metro cops, best of luck trying to winnow out the worst of our worst. Then we have to face another on-going issue: if the cops charge these people, will the courts convict? A visit to traffic court is just plain depressing to anyone who wants to see real improvements in traffic safety. The Justices of the Peace say they can’t convict if the cops won’t charge. The cops tell me they don’t charge because the JPs won’t convict.

Maybe this new blitz will jog everyone into action. Maybe Vision Zero will be the first step. Do we have the political will to do the rest of it? To finally do something meaningful?

Families don’t need the tragedy. But as always, time will tell…