Right-thinking people – like you and me – know that battery-powered electric cars are at best a stop-gap measure.

I – we? – have never doubted that an electric motor is a fine way to power a car. Simple technology, instant acceleration, quiet, reliable. The issue is, the batteries. Despite the promises of electric car supporters, battery technology hasn’t really progressed all that much since the Baker Electric car company went out of business over 100 years ago.

Battery weight, cost, their use of huge amounts of poisonous heavy metal, limited range especially in colder climates, iffy recharging capacity, the still-unresolved issues of crash performance and the related challenges of repairing crashed high-voltage electric cars, and disposal of the dead batteries after 10 to 15 years are just a few of the serious problems.

The solution has been obvious for some time – hydrogen-based fuel cells to generate the required electricity.

Several carmakers such as Toyota, Honda, Hyundai and Mercedes-Benz already build hydrogen-powered cars, although I think only Hyundai currently offers them here in Canada. And the California-based Hyperion Motors recently unveiled its one-off XP-1, a hydrogen-powered supercar which company CEO Angelo Kafantris says will have a range of over 1,600 km. 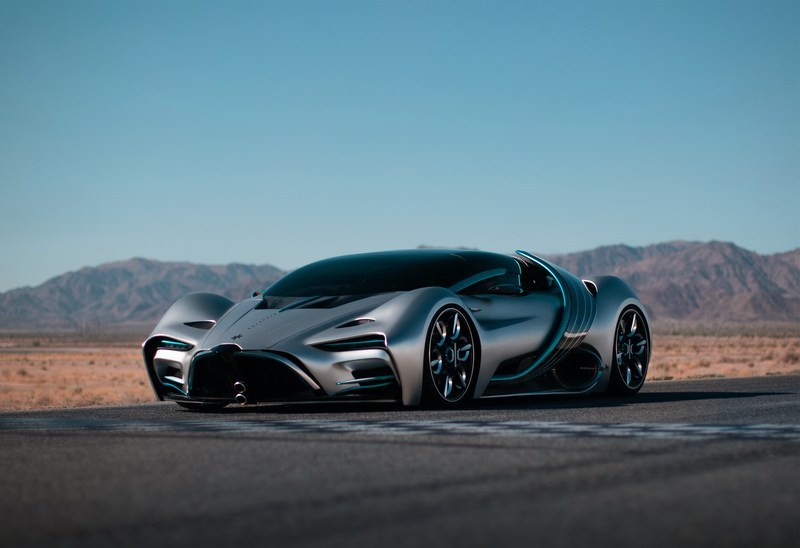 The appeal of the technology is obvious. Hydrogen is the most abundant element in our universe. The challenge is that “free” hydrogen is difficult to make. In a perfect world, you would use solar-powered electrolysis to make hydrogen from water – H2O. The only byproduct is oxygen.

When you “burn” the hydrogen, the only “exhaust” is – water. Perfect. But in the less-than-perfect world we live in, splitting the hydrogen molecule is somewhat more difficult.

A recent report here in The Star (near the “front” of the paper where a lot of Wheels readers may not have seen it) suggests that hydrogen, as a fuel, may be closer to the mainstream than most people think. Several European countries such as Germany, France and Spain are committing billions to develop alternate ways of producing hydrogen.

And if Canada plays its cards right, we too could become a big player.

So we have a bit of a head start.

One of Canada’s built-in advantages is that we have huge reserves of natural gas, which chemically speaking is largely methane – CH4. It’s not unfeasible at all to scrub off the carbon atom (that “C”), sequester it away, possibly in many of Canada’s tapped out mines, and use the hydrogen for fuel.

Right now, the cost of hydrogen is too expensive to compete.

But Maggie Hanna, president of Common Ground Energy and a fellow with Alberta’s Energy Futures Lab, has been quoted as saying that Alberta could produce hydrogen for as little as $1.35 a kilogram.

Quebec has loads of the lithium needed to make batteries which could use the power its MANIC 5 hydroelectric project produces, if only those reserves hadn’t been flooded by the dam.

I think that’s almost the definition of “irony”. Still, the province could have a second shot at playing a leading role by using that power to produce hydrogen.

In fact, they are already investigating the feasibility of building a plant to turn biomass – waste wood, paper, and other carbon-containing scrap – into hydrogen that they say will be price-competitive with petroleum fuels. Canada’s federal government is trying to present a “green” face to the population in advance of an expected general election. Committing funds to hydrogen development seems to fit nicely into that plan.

Will they be smart enough, courageous enough, bold enough, to step up to the plate? The challenge for politicians who work on a four to five year election cycle is making commitments that may not pay off for another 10 to 20 years. And the funds needed to pay for all the pandemic-related expenses will make these commitments even more difficult to make now.

But the appeal should be obvious.

The clock is ticking. Somebody’s going to do it.