This particular car was first registered as a factory demonstrator.

Sure it’s cool to find a Shelby that actually belonged to Carroll Shelby, but as a proportion of the number of cars that wear his name, that’s not all that rare of a discovery. This one, though, is a little more unusual. It’s an Aston Martin that was originally purchased by Shelby himself, after being used as the company owner’s vacation ride.

The DB2/4 Mark III was the first of the company’s cars to wear the nose that is now the most iconic feature of Aston Martin. Based on the previous Mark II, it was more of a redesign than an all-new model, getting that new styling, a new interior, and a redesigned version of the company’s straight-six engine.

The 2.9L Lagonda inline-six was originally designed by W.O. Bentley, yes, that Bentley. For this new car, it was modified to make up to 178 hp if you picked the right options, which this car has.

This particular car was first registered as a factory demonstrator, though oddly for that it was built in left-hand drive, and with a speedometer marked in kilometres. The selling listing says that spec was likely picked to let company owner David Brown use it as his own car for vacations to the continent. 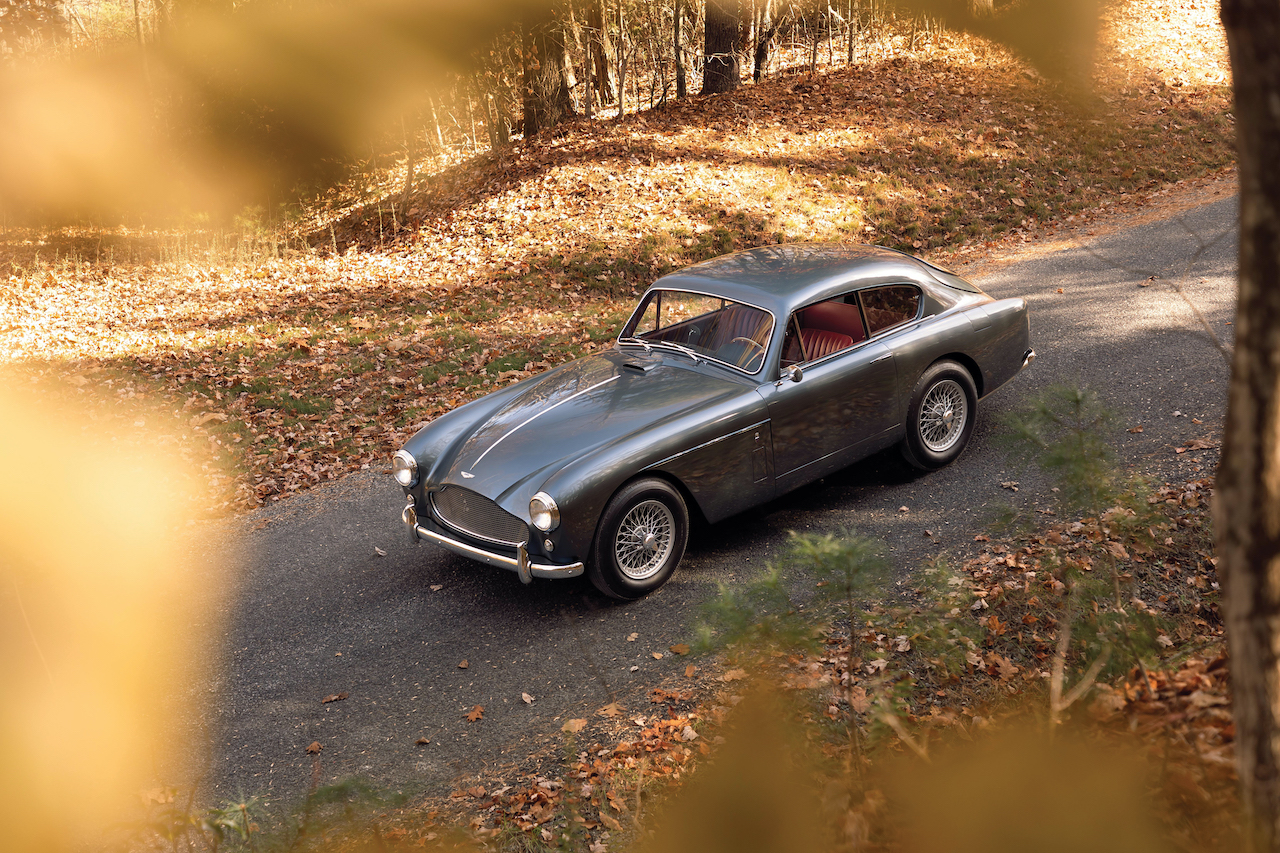 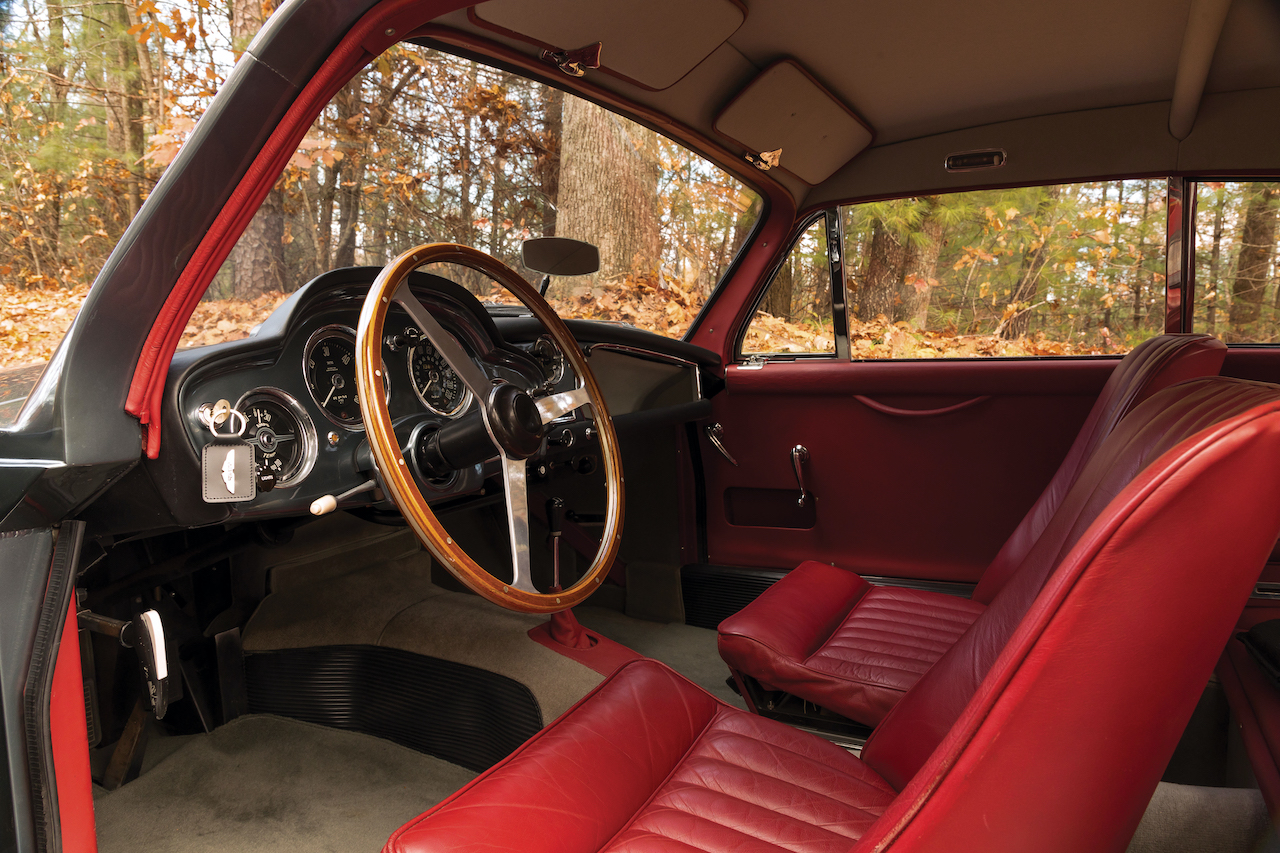 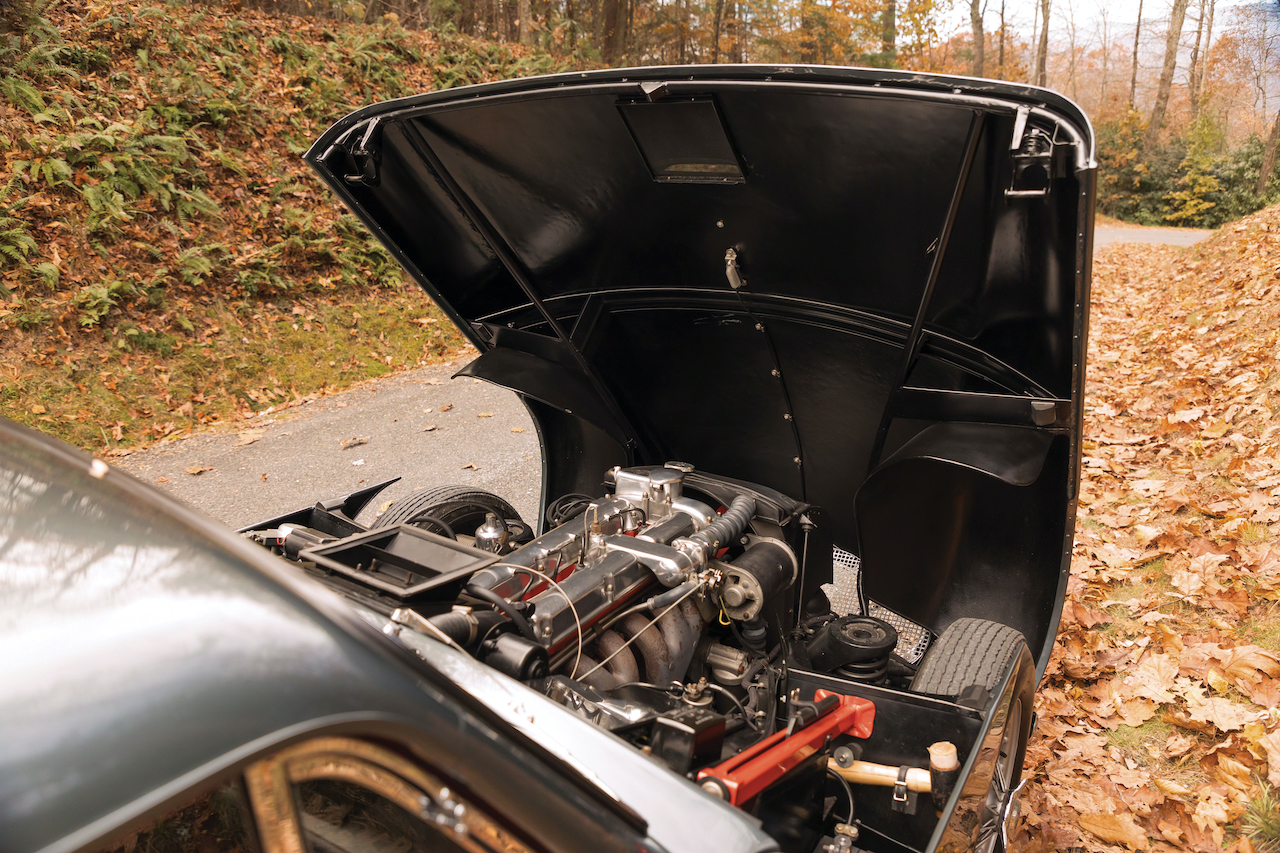 It didn’t stay in that role for long, and in 1958 the car was sold for the first time to none other than Carroll Shelby. At the time, Shelby was a factory driver for the David Brown Racing Department, where the following year he would win the 24 Hours of Le Mans behind the wheel of a DBR1.

Shelby reportedly paid about half the going rate, or $3,500. There are deals to be had on demonstrators after all, it seems, though the build sheet shows that the car’s engine had already been replaced before he took delivery.

Not long after winning at Le Mans, Shelby retired from driving race cars and brought the car home to Texas, where it disappeared. It resurfaced in the 1990s, and the seller says that it was “in a state of disrepair.” Which can’t be allowed to stand for a classic Aston, so it was sent for a full restoration.

It was during the restoration that the Shelby connection was discovered, and then-owner, actor Ed Herrmann, reached out to Shelby to confirm. Notes from a phone call between the two come with the car’s history file.

This DB2/4 doesn’t come with its original engine, but it does come with the one that was in it when it was first sold. It also comes with an extensive history and is finished in the original grey over red leather. A desirable car by itself, this car, headed for RM Sotheby’s Amelia Island auction, has a solid connection to one of auto racing’s most notable figures which makes it even more special. 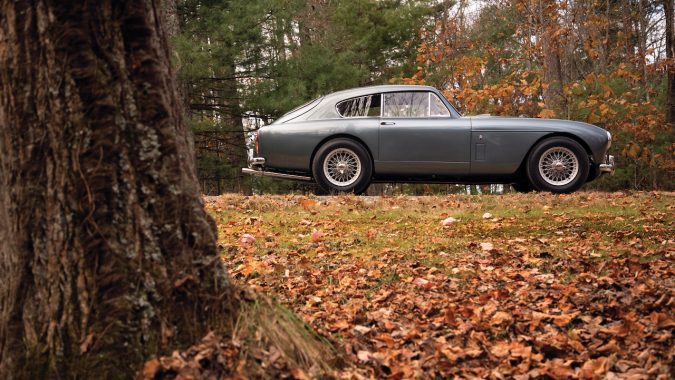 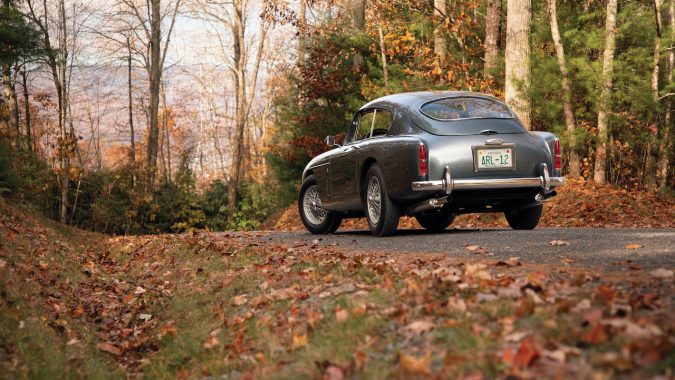 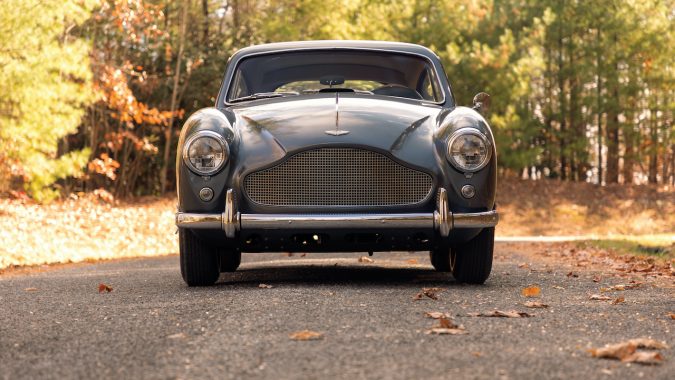 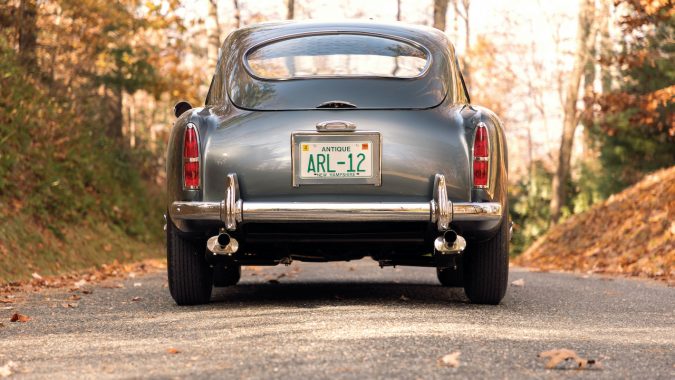 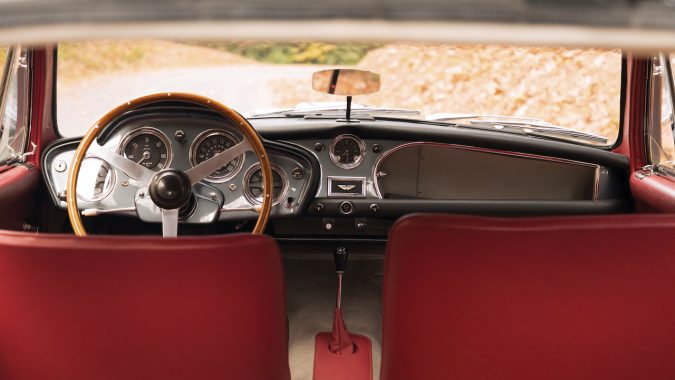 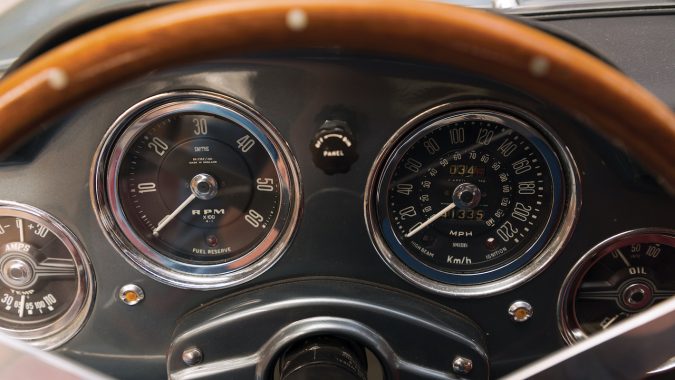 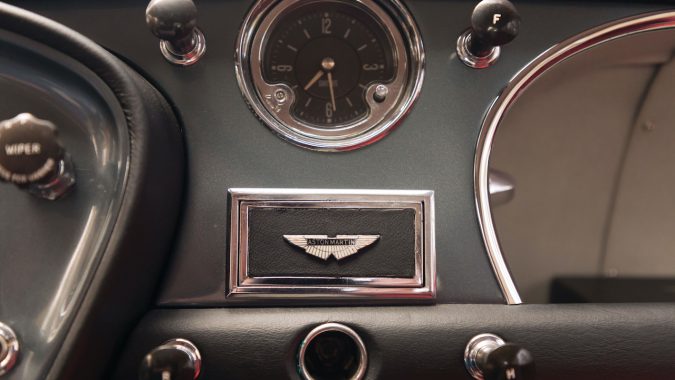 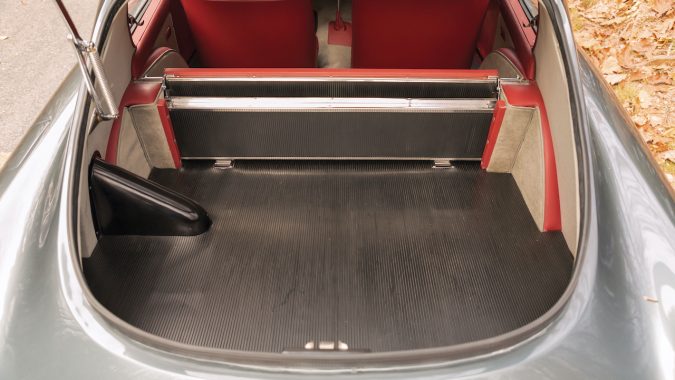 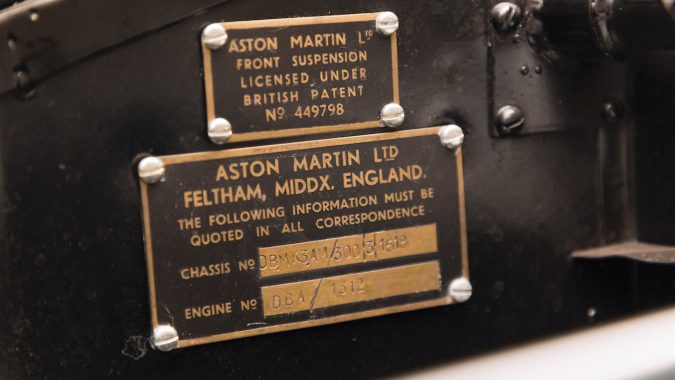 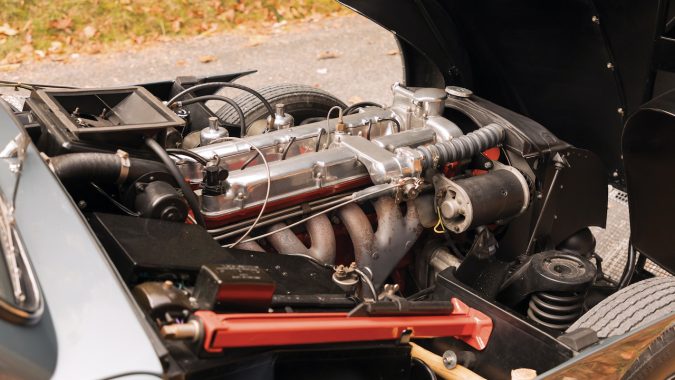 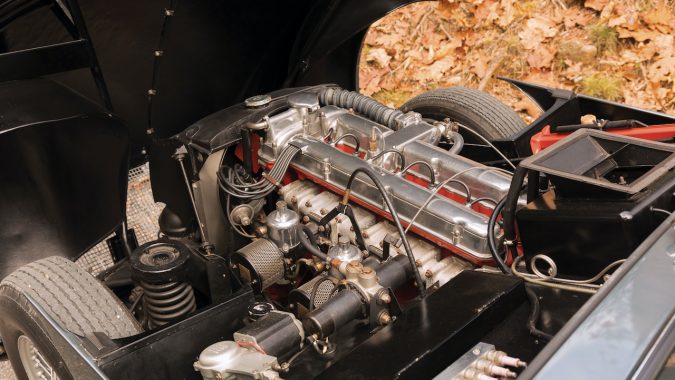 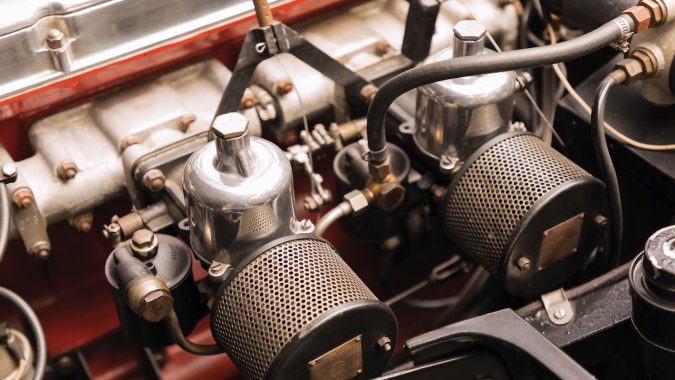 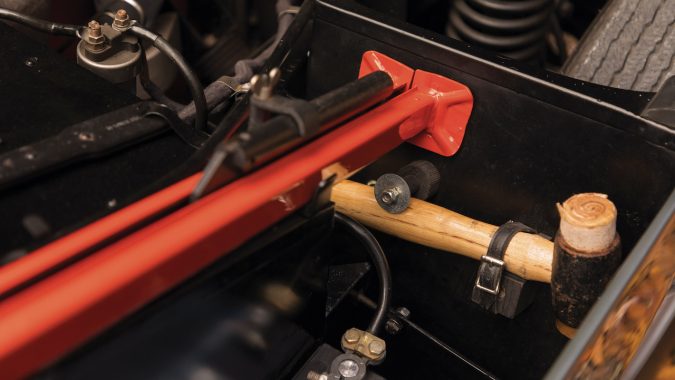 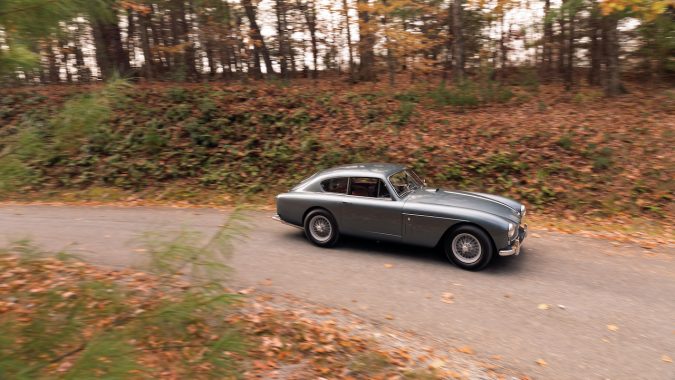 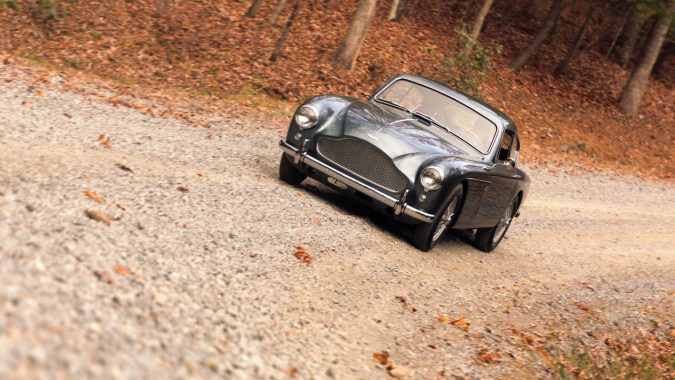