Carpentier, Brian Graham among 16 named to Hall of Fame

Every year around this time, the Canadian Motorsport Hall of Fame distributes a media release announcing the latest inductees. Not every outlet uses every name. Some newspapers, including this one, will only write about the Hall if an employee makes the grade. Others, primarily radio and television, will only name someone if they are on the tips of everybody’s lips.

Sometimes it takes awhile for that to happen. Once, I was in the newsroom of the Star and I mentioned the name James Hinchcliffe.

I said he was an IndyCar driver.

“Never heard of him,” the guy said.

Two weeks later, Hinch won a race and his picture was in the papers and on TV. I bumped into the editor in the men’s washroom. Before I could say anything, he said: “Now I know who James Hinchcliffe is.”

This year, the Hall announced it was inducting 16 new honourable members: 10 racers and builders, and six in the Media category. It falls to me, then, to tell you about each of these people – half of them this week and half next. They will all be inducted at a special ceremony next February. Here we go, then:

JOHN BONDAR. Bondar co-owns Shannonville Motorsport Park, which is just east of Belleville. He’s been preparing for this just about his whole life, starting first in 1982 as a volunteer marshal and then as an amateur racer,  winning three championships. Realizing he would never be world champion or an Indy 500 winner, he turned his talents to administration, serving the sport as vice-president and then president of the amateur Canadian Automobile Sport Clubs – Ontario Region. He created the Canadian Touring Car Championship in 2006 to provide the Canadian motorsports marketplace with a professionally organized sports car racing series. A friend and admirer, I urged him to do with Formula 1600 what he’s done with Touring Cars — or to take over ASN Canada when it became available — but he just laughed at me and bought a racetrack instead. 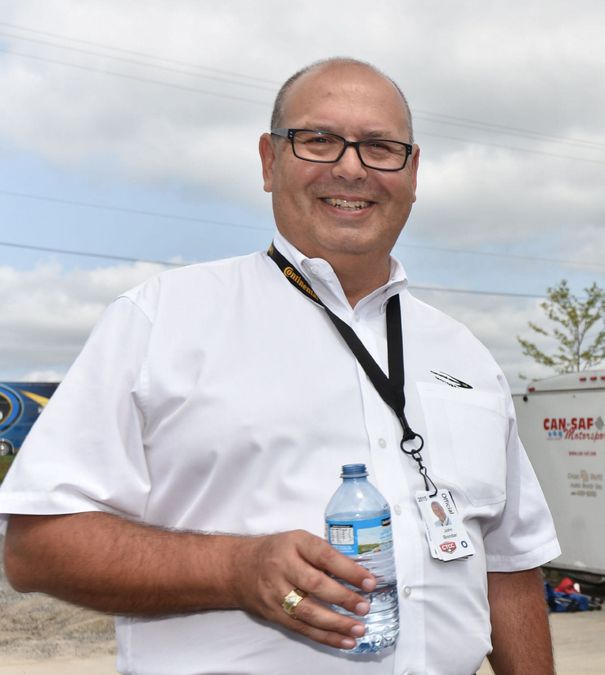 PHILIPPE BRASSEUR. One of the most important motorsport reporters and commentators in Quebec, Brasseur created Pole-Position Magazine in 1990. A website, Poleposition.ca, followed the next year with an emphasis on Canadian drivers, series and events. He has been the play-by-play announcer and analyst for the RDS Network’s coverage of NASCAR, the DTM and the Nissan Micra/Sentra Cup races since 2006.  Brasseur has also hosted all of the Canadian Rally Championship shows on RDS since 2007. He has been one of the track announcers at the Grand Prix de Trois-Rivieres since 2002 and the narrator of a documentary about that legendary race weekend. As well as being a journalist, Brasseur has also been a competitor, with two victories in the Quebec Rally Championship in 1998 and ‘99.

PATRICK CARPENTIER. There are few drivers in the world who can honestly say they drove just about every racing machine going. Patrick Carpentier of LaSalle, Que., raced everything from karts to CART Indy cars to NASCAR stock cars.

He is one of the nicest guys you’ll ever meet, and one of the most talented. But it was nearly not to be. In 1996, right here in Toronto, Carpentier won the Toyota Atlantic race and when he opened the bottle of champagne to celebrate, the cork was stuck momentarily before leaving the bottle and when it came loose it hit Carpentier near the corner of his eye. A millimetre closer and it might have been calamitous. Since then, on podiums going right up to the one in Formula One, the corks are taken out of the bottles before being handed to the drivers.

ALLAN DE LA PLANTE. Allan de la Plante is probably best known as the official photographer of Gilles Villeneuve. They first crossed paths when Villeneuve was racing a Formula Ford at Mosport in 1973, and later in the Canadian Formula Atlantic championship. Allan then followed Villeneuve around the world until May 8, 1982, when the driver was killed at Zolder, Belgium. In the fall of 1982, Allan published “Villeneuve,” a photographic essay. The book featured images of the drivers, tracks and personalities of Formula 1 and has been reissued several times. His photos were used as the basis for Canadas Post’s two commemorative stamps issued in Villeneuve’s memory. When I worked at the Globe and Mail in the 1960s, Allan’s father, Don, was a police reporter.

GERRY FRECHETTE. The best-known motorsport reporter in Western Canada, without doubt, is Gerry Frechette. Over the course of 55 years, starting with the first Can-Am race at Le Circuit-Mont Tremblant in 1966 — and including Gilles Villeneuve’s first F1 Grand Prix victory at Montreal in 1978 — Gerry has covered hundreds of races as a photographer and a writer. He has worked for all of Western Canada’s racing publications and, during the 1990s, he was employed by Performance Racing News and Formula magazine. He has been awarded numerous citations for his work and was invited by the developers of Area 27 to document, in photos, the circuit’s progress from a corn field to a world-class racetrack.

BERTRAND GODIN. Karting, Formula 1600, Formula Atlantic, Indy Lights, Formula 3000 – you name it and you’ll see or hear the name Bertrand Godin of Saint-Hyacinthe, Que. He started kart racing in 1986 when he was 18. His many successes led him to Europe where he raced Formula Fords. He returned to North America  to replace Claude Bourbonnais in the Indy Lights series for four races. In 1997, while racing in the Canadian Formula Atlantic championship, he won arguably the most important race of his career at the Circuit Gilles-Villeneuve in Montreal as part of the Canadian Grand Prix. That again took him to Europe where he raced in the Formula 3000 championship but his career fizzled after that. He now supports himself as an automotive columnist and lecturer and a Formula E analyst for TVA Sports.

BRIAN GRAHAM. Not all members of the Hall of Fame are racers. This new inductee, Brian Graham, teaches others how to race. To say he’s been successful would be an understatement:

I’ll be back with the rest next week.

Norris McDonald , a past Wheels editor in chief, covers the Canadian automotive and global racing scene for the Star. He is a member of the Canadian Motorsport Hall of Fame. Email nmcdonald@thestar.ca or follow him on Twitter @NorrisMcDonald2.