The lesson here is obviously don’t drive like an idiot

The world’s population of Dodge Viper supercars has been diminished by one, following a crash in Brampton, Ontario on Sunday which involved a yellow Viper Coupe and four other vehicles. The resulting debris field looks more like a plane crash than a traffic incident.

The  Viper driver, 27 year old Yadwinder “Yad” Gill, launched hard off the southbound light on Airport Road at Sandalwood Parkway around 4 pm on January 13, when he ran out of talent, crossed over into the northbound lanes and crashed into four oncoming vehicles.

A Peel Regional Police spokesperson told Wheels.ca that the drivers of all vehicles involved suffered minor injuries which required transport to a local hospital.

Gill was arrested at the scene and charged with dangerous operation of a motor vehicle and is awaiting trial next month.

Lest readers think that this was a one off misadventure gone bad, Gill’s Instagram account, v8eatter, is full of videos of the Caledon resident attempting to do smokey doughnuts in public spaces by revving the big V10 against the limiter.

As recently as last week, Gill stuffed the Viper into a ditch.

The incident also set social media on fire, beginning with a video of the aftermath which first appeared on Snapchat. The video was sent to us via Facebook.

The Viper is notoriously easily broken in a crash, but the tub appears to have done what it was designed to do. Keep the occupants safe. The entire front of the car has been sheared off, with the engine and transmission ending up a good distance away from the car and each other.

While the lesson here is obviously don’t drive like an idiot, it also serves as a practical reminder that high performance Summer tires do not offer any useable grip in cold weather. If a nice, sunny Winter day has you itching to bring your Summer toy out for a drive, remember that the tires are likely not designed to keep you safe in the cold. 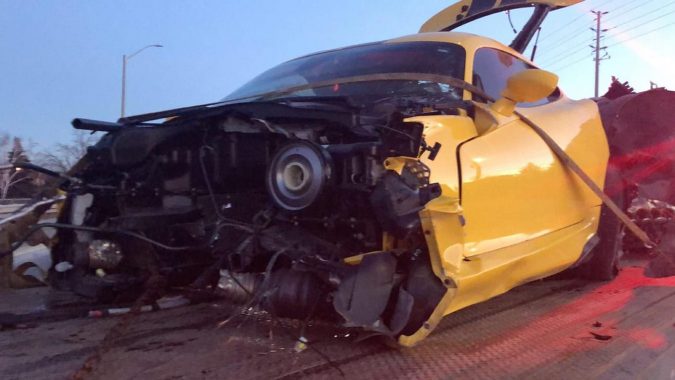 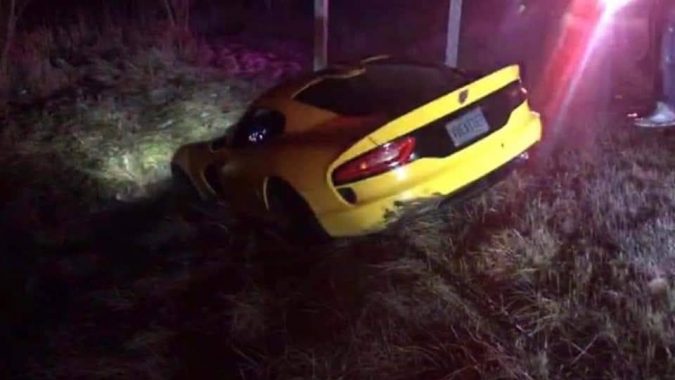