Gearing up for the Canadian Touring Car Championship

Norris McDonald chats with John Bondar about the state of the motor sport.

So, I’m on the phone with my friend John Bondar, creator, owner, president and chief administrator of the Canadian Touring Car Championship presented by Pirelli, and he’s moaning and groaning about having too much to do.

Actually, that’s not 100 per cent accurate: he’s complaining — a little — but that might have more to do with having to talk to me than completing everything he has on a big list before the 2017 racing season gets under way on the weekend of May 19-21 at Canadian Tire Motorsport Park, north of Bowmanville.

Usually, Mr. Bondar and I have brunch. My treat. We enjoy a meal while trading information about the state of the motor sport which, translated, means we pass on the rumours we’ve both heard over the winter.

But because downtown Toronto is so torn up these days and the greatest off-ramp in the history of expressway off-ramps in the whole wide world (the York-Bay-Yonge) is being destroyed by the city, I’m not driving into town much these days, so a telephone conversation just had to do.

So, I said to my pally Bondar, what are you up to? And he replied that he had four notebook pages full of between 48 and 60 things that he had to complete between now and the Victoria Day SpeedFest weekend (the official name of the May 19-21 racing festival at CTMP that will feature the touring cars and other series and be headlined by the NASCAR Pinty’s Series for stock cars).

Read me off something you’ve written in that notebook, I suggested.

“Then I’ve written down ‘Mini Grid.’ A couple of weeks ago, Scott Maxwell (Mini Grid proprietor and arguably the finest road-racing driver in the country) presented a documentary film at a theatre near his shop on the life and times of Tommy Byrne, who made it to Formula One with no money but immense talent. Afterward, Scott let me borrow a biography of Niki Lauda (translated from German). I did a quick read — it’s 160 pages — and now I have to get it back to him. It’s been out of print since 1978, which means you can’t get it anymore.

“I’ll be honest, though: I was looking for more in it. It’s pretty thin.”

That’s all very interesting, I said, but let’s focus on your series. Give me an example of something you’ve done that will affect the 2017 touring car racing season.

“Do you want me to tell you about the money?” he said.

That sounds interesting, I replied. 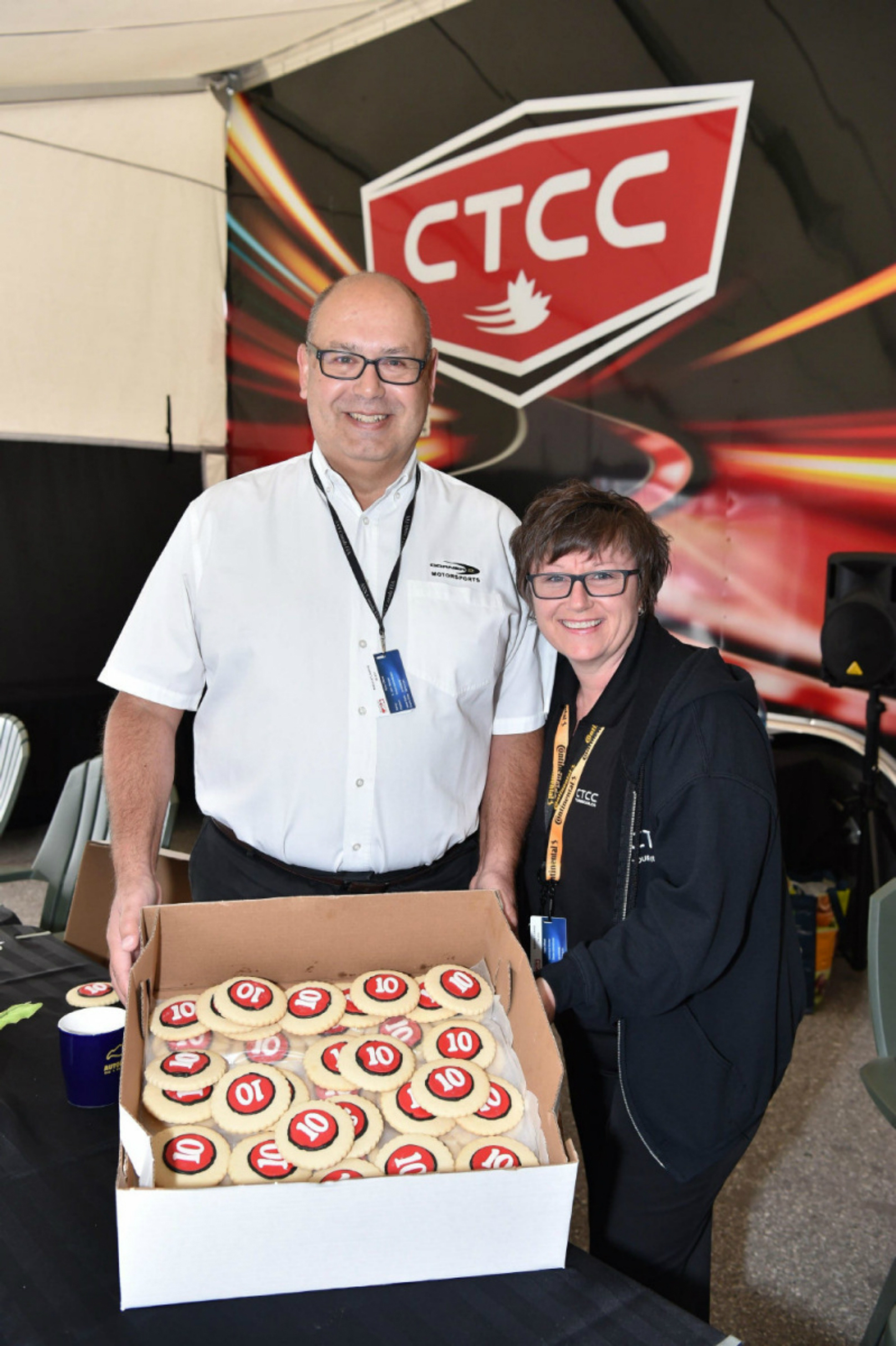 “Well,” he said, “one of the more important things I’ve done — it was on my list — was to negotiate contingency prize programs with manufacturers like Mini, Mazda and Honda Performance. This is actual cash that’s available to drivers when they are successful. If you win a class or the race in one of their cars, they’ll give you $1,500.

“And, are you ready for this? There is, between them all, in total, $350,000 available, which is pretty massive and more than most other series. And it’s real; it doesn’t have 55 conditions you have to meet in order to get a coupon for a part. This is cold, hard, cash.”

Nothing like money to feed an addiction, I said. When I raced supermodifieds in the United States of America, I got used to losing money. It didn’t feel right if I wasn’t in the hole. When the season was over, and nobody was writing me cheques, I knew I was heading for trouble. I’d be in serious withdrawal by December. So, I’d watch the Leafs game on Saturday night and then be shaking so hard, I’d have to go upstairs, open the bedroom window, and throw a thousand American dollars out into the darkness.

“Did it make you feel better?” Bondar asked.

For a while, I replied.

“With us, you actually might have made money,” he said.

Fat chance, I replied. But seriously, what else is on your list? And who knew you had to do all this just to run a racing series?

“Well, it doesn’t ‘just happen,’ ” Bondar said. “Today or tomorrow, I have to get out a news release with Pfaff BMW. They are going to do at-track support for the BMW and Mini competitors. That’s brand new. They’re going to be at the track for all the events, basically with parts.”

OK, OK, I said. All very interesting. But you have a new partner this year, Pirelli tires, and that must be challenging, considering you’ve had other ‘presenting sponsors’ over the years.

“You’re absolutely right,” he said. “That means the clothing for my officials has to change. I had a meeting Saturday to finalize that. We have to get the flags redone and the paddock signage redone. Posters that we use for autograph sessions have to be ready, VIP passes and so on.”

OK, you mentioned clothing. Does the series provide clothing for officials? And, if so, is that a time-consuming process?

“You have to look at, say, a shirt,” he replied. “It’s not that easy. I look at the weight of the material. You can phone a supplier, or someone, and say: ‘Give me a cheap shirt.’ Then, when you look at it, you find that you can see through it. So, that won’t work for the women on staff.

“So, now I have to go to a heavier weave — and what’s the style, and is it available in all sizes — and what about colours? We need matching golf shirts when we’re travelling; we need jackets. It takes time. The clothing guy — it’s been three meetings now, because you can look in a catalogue and think that something looks pretty good, but then you have to touch and feel the thing. He’s got to then order samples, and so on.”

Now, the Canadian Touring Car Championship is a Canadian racing success story. Bondar worked on the non-professional side of the sport for 25 years before creating this series that offers a professional approach, professional support and brings great satisfaction to the competitors.

And speaking of competitors, John, how about bringing us up-to-date on schedules, classes, car counts, the cars themselves, and some of your personalities.

“We have 14 races scheduled on six race weekends,” he said. “The first two rounds of the championship will take place, as mentioned, at CTMP. We’ll also go to Calabogie Motorsports Park in the Ottawa Valley, Circuit ICAR in Quebec, and we’ll race at the Grand Prix de Trois-Rivières. Our season will wrap up at the end of September.

“We will, once again, have three classes,” he continued. “Touring (a class that is essentially made up of showroom stock cars), Super Touring (competitors can spend money to improve aerodynamics, brakes and suspensions), and GT Sport (bigger engines or purpose-built race cars).

“I expect 30 cars to be on the grid for the first race at CTMP, about a 15 per cent increase over last year. And we’re going to see Jocelyn Hébert’s Acura TLX this year. It’s a very interesting car that’s much like Peter Cunningham’s entry in the Pirelli World Challenge Series when he was running Acuras. Hébert started working on this car last year, and we will see it officially racing this year. It’s really something — a beautiful, gorgeous sedan.”

And what about some of the personalities, Mr. Bondar?

“Tom and Gary Kwok, who will be racing with us again, are from Markham and have a three-car team — Jon Young will be in the third car. What’s interesting is they’ve purchased two Honda Civic TCR Spec cars. Now, TCR is the worldwide touring car spec that’s been set as a standard. They bought two of them and they are going to run them with us this year.

“Which is very cool because we will be the first series that’s going to see purpose-built TCR Spec cars on the track, racing, in North America. Our series, the Canadian Touring Car Championship presented by Pirelli, will be a year ahead of the World Challenge series and IMSA.” 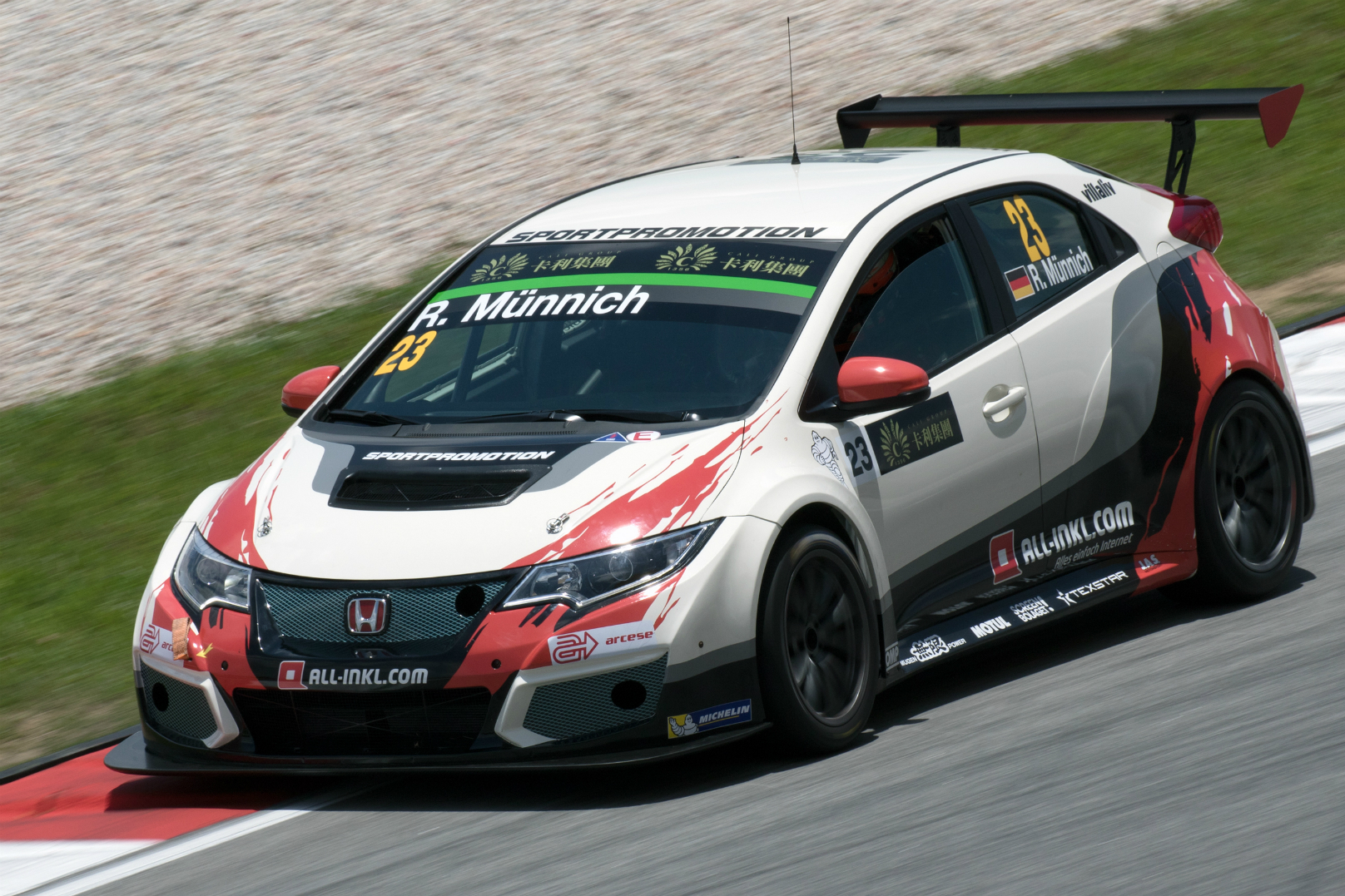 And are there any women planning to race this season, John?

“CTCC continues to grow with the addition of new teams, drivers and partners. I expect GT Sport to be the most popular class this season with new models from Acura, BMW, Ford and Honda. I can’t wait for our 11th season to begin.”