Join the Conversation (0)
Auto sales in Canada took a dive in April at the start of the COVID-19 pandemic, but they've been recovering surprisingly quickly ever since. Many automakers have been setting all-time sales records through the summer and early fall, with car and truck sales in this country back above normal in September, and only slightly below last year's figures for October.

While September auto sales managed to climb to six per cent over the same month a year ago, October sales were down 2.1 per cent, according to DesRosiers Automotive Consultants, estimated at 156,095 for the month. Still an impressive figure after the year that has been 2020, and some automakers continue to set records, and here is a look at the market for the month.

Hyundai posted its third consecutive record month, and its best October ever, moving 12,239 units. That's five per cent more than October 2019. The sales charge was lead by the Kona, up 35 per cent to 2,871 units, with Hyundai's number two seller the Tucson with 2,615. The Elantra saw a large drop in sales, 36 per cent to 1,982, but the strong Venue numbers and other crossover increases more than made up the difference. Sales of the Ioniq were up 167 per cent to 456 and the Sonata's figures nearly doubled.

Volvo Canada reported sales up 25 per cent over October 2019, a massive increase for that brand that has added up to five consecutive months of growth in retail sales. Volvo didn't break down its sales, but said that 1,005 new vehicles were sold in the month.

Toyota (including Lexus) reported a strong month, up 1.5 per cent over October 2019 with 21,100 overall, and also saw electrified models make up 21.6 per cent of total sales. Toyota trucks sales were the highest ever at 15,687, lead by the RAV4. Toyota said that with sales of 287 units, the UX set an October record (up 47.9 per cent) and the LX also saw an October record with 117 units.

Kia's month was up 19.4 per cent, with the automaker selling 7,460 units. The Seltos crossover, which launched just this past March, was the automaker's bestseller with 1,936 units sold. Forte was second with 1,391.

Subaru as well had a best ever October, up 12 per cent to 6,319 units. It was the brand's second-best month ever in Canada, and the best month for Crosstrek, moving 2,725 units, up nearly 50 percent from last year and the automaker's bestseller.

So where were the sales down? Every automaker we haven't listed reports quarterly instead of monthly, which is why they aren't listed here. So we're not sure exactly who was posting sales declines, but those who aren't in decline may want to switch back to monthly releases, something Ford has just announced for the U.S., to showcase their sales successes. 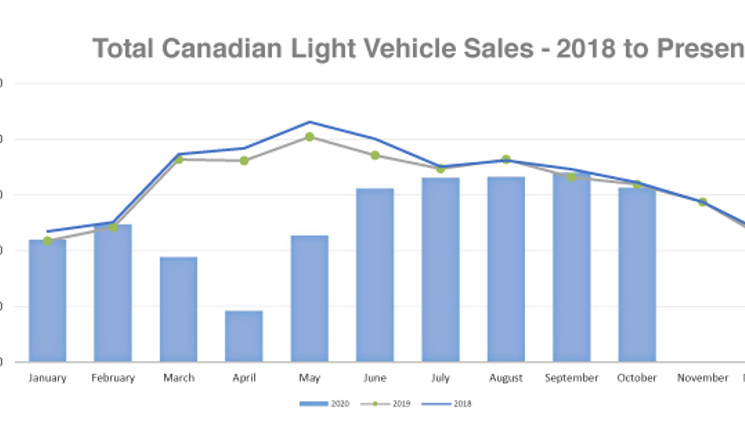 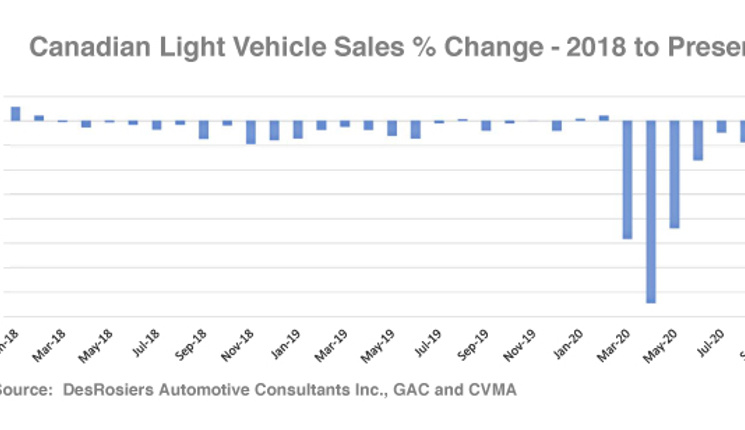