De Melo has raced on the road course the last two years in the Indy Lights division, but knows this will be a totally different experience.

It’s been quite a year for Canadian racing driver Zachary Claman De Melo, who’s hoping to cap off his rookie season driving in the Verizon IndyCar Series with a good performance in the Honda Indy Toronto race, which will be taking place July 13-15.

Signed by Dale Coyne Racing to drive the No. 19 Paysafe Honda in 10 races in 2018, the 20-year-old from Montreal has had some interesting experiences on and off the track.

He led for seven laps in the Indy 500, but ran out of fuel on the final lap. A couple of weeks later, he was headed for a potential top 5 finish in the DXC Technology 600 at Texas Motor Speedway before his car was pushed into a wall by another driver and he didn’t finish the race.

He’s also had the opportunity to meet auto-racing fan and U.S. Vice-President Mike Pence, who dropped by the Indianapolis Motor Speedway, and he was taught how to milk a cow as part of his introduction to the Indy 500.

“It’s been a really good year, really exciting,” he said. “I’ve learned a lot and I’m extremely grateful for the opportunity. You just kind of learn something new every weekend. I’m looking forward to the next year.”

“With Pietro’s injury I felt badly for him, but it was also a good opportunity for me,” the native of Montreal said.

It proved to be memorable for a lot of reasons. Claman De Melo met Pence, who was touring the paddock and meeting drivers, and had his photo taken with him.

“He walked towards my direction and I kind of just walked up to him and told him I was a driver,” Claman De Melo said. “He knows quite a lot about racing. He’d been to the race the last few years because he used to be the governor of Indiana.” 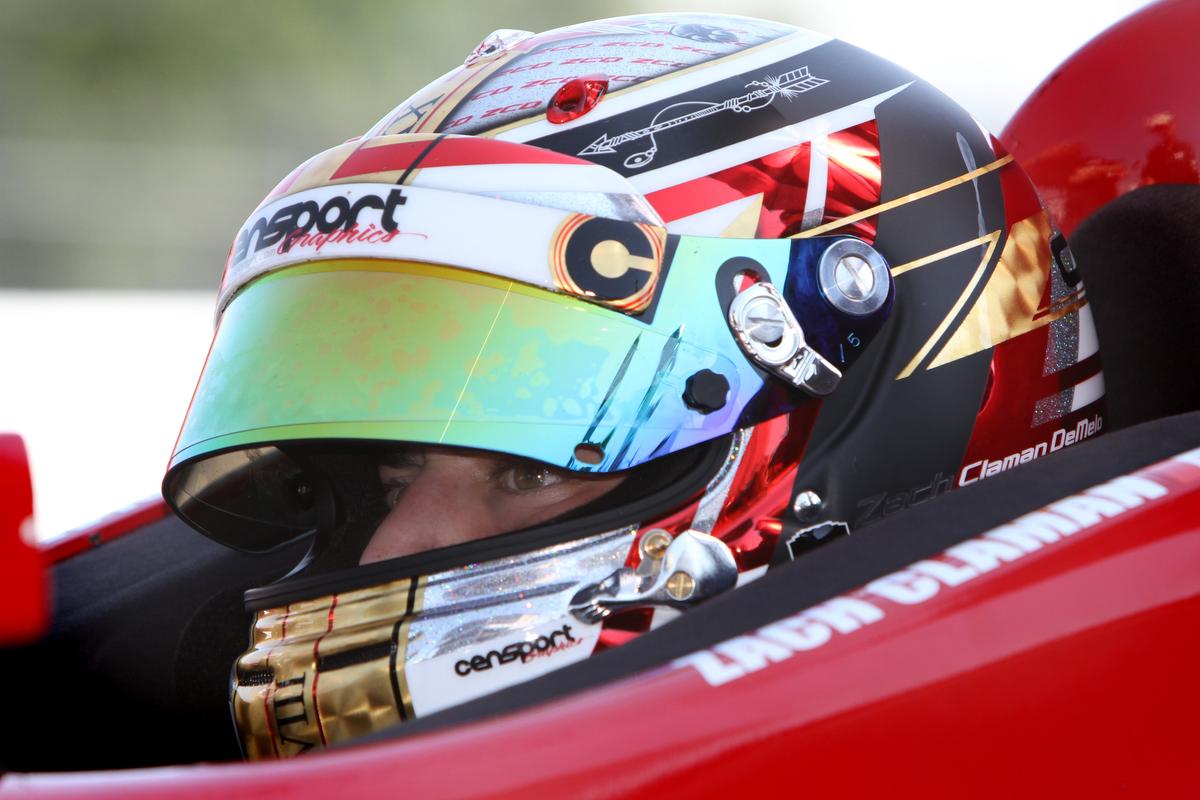 The Honda Indy Toronto will be Zachary Claman De Melo’s last race this year for Dale Coyne Racing and he’s hoping for a good result.

Leading up to the race, he experienced what it was like to milk a cow and wrote on Facebook “let’s hope for more milk on Sunday (by winning the race, when you are asked to drink milk to fulfil a sponsor requirement).”

He was in third place with 20 laps to go and hoping for caution flags, knowing the car was running low on fuel, but ran out on the final lap and finished in 19th place.

Still, the team was happy with his performance.

“That was probably the highlight of the year,” he said of the Indy 500. “The whole experience was crazier than I ever thought.”

Two weeks later at the race in Fort Worth, Tex., he seemed to be headed for his best finish when a collision with Will Power immobilized his car. Claman De Melo placed 17th in the field of 22.

“Everything was really coming together in this race,” he said. “Everything was going perfectly. It was frustrating and disappointing to not get it done. I didn’t see Will, but I don’t think he would have done something like that on purpose. The next day he apologized to me.”

Being a Canadian and driving in the Honda Indy Toronto in his final race of the season, Claman De Melo is hoping for a big result.

“Toronto was one of the races I said I needed to have for sponsorship reasons,” he said. “This is one of the tracks I had to have to make it work. Luckily enough, Dale Coyne was able to make it happen.”

Claman De Melo has raced on the road course the last two years in the Indy Lights division, but knows this will be a totally different experience.

“It will be another thing to check off my list of doing this year,” he said. “Getting to race in Toronto in the top level of racing, it’s going to be extremely special. I will have a lot of friends and family there. I just can’t wait to do it.

“I still have a lot to prove and I don’t think I’ve grown my name enough yet, so I don’t think the spotlight will be huge on me this year, especially since Robbie (Wickens) and James (Hinchcliffe) are from Toronto and I’m from Montreal.

“I think they’ll get quite a lot of attention. Robbie’s done a great job this year and James is James. He’s been in the series for a long time and is a fan favourite.

“I’m looking forward to the challenge and, hopefully, the next two years in Toronto I’ll be getting more popular.” 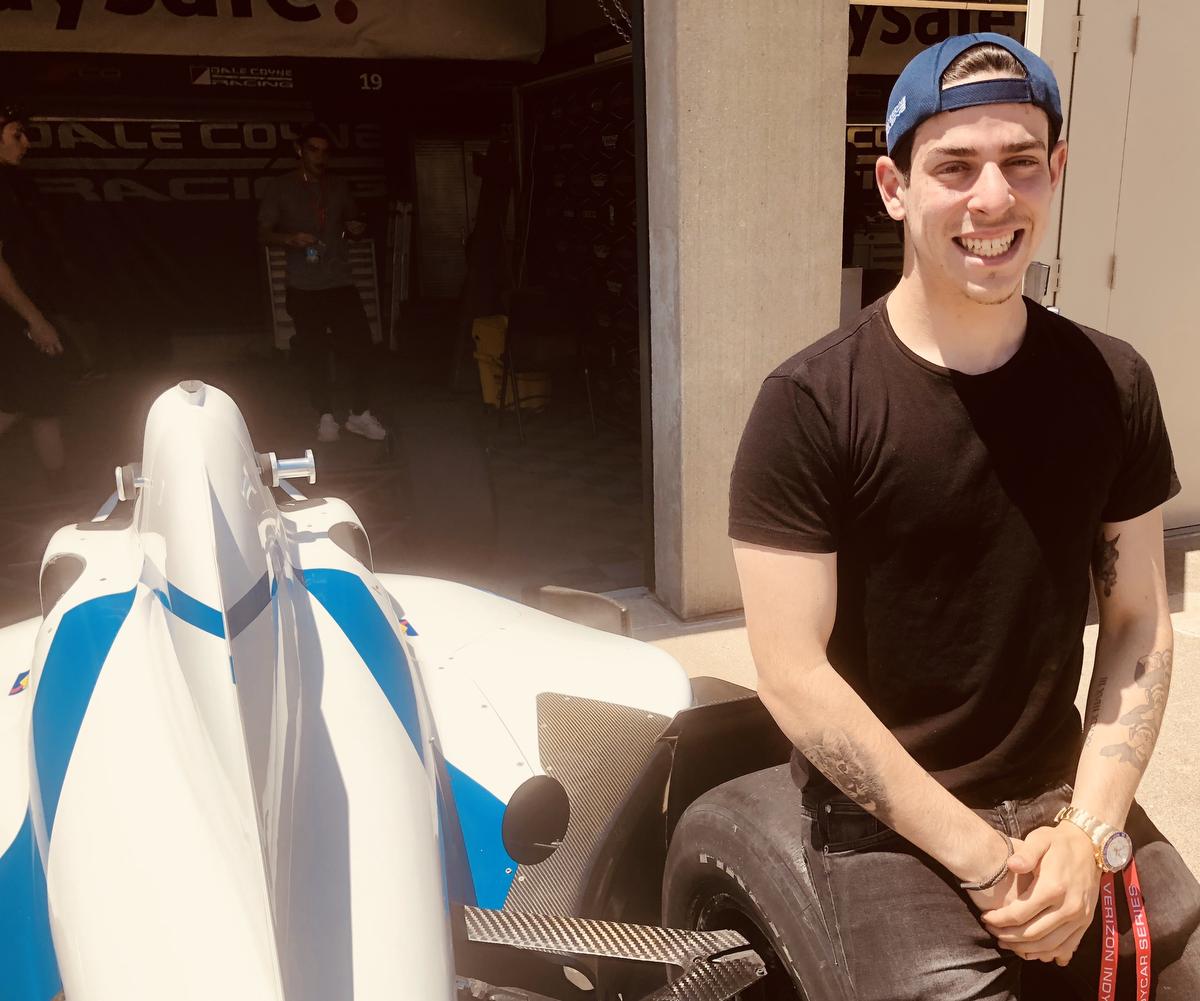 By PERRY LEFKO Special to the Star