We seldom give much thought to the victims of fatal traffic accidents until the news hits close to home, taking the lives of friends and loved ones.

As five people die on Canadian roads every day, the tragic consequences become painfully real to those left to mourn the loss and face the struggle to live on.

The third Wednesday of November has, since 2007, marked the day to remember those killed or injured in road crashes, to raise awareness and prevent senseless road accidents caused by impaired, distracted, fatigued and aggressive driving, speeding and failure to wear seat belts.

The National Day of Remembrance for Road Crash Victims held this week on Wednesday is organized by the Canadian Council of Motor Transport Administrators in conjunction with MADD Canada, Arrive Alive, Ministry of Transportation Ontario, the Josh Field Support network and Parachute.

Like too many parents, Ned Levitt’s dreams of his daughter’s bright future were dashed when the vibrant 18-year-old’s life was cut short as she jogged into the path of a car on a Toronto street.

“Looking on with pride as Stacey walks with confidence, crossing the stage at Northern Secondary School to receive her high school diploma,” Levitt said in explaining how he expected his daughter’s life would unfold.

“For me celebrating with Stacey in her accomplishments at medical school, walking arm in arm down the aisle for her wedding to the man she loves, holding her newborn baby lovingly in my arms,” he told those gathered at the CBC’s Glenn Gould Studio this week.

“None. None of those will ever happen,” Levitt added. “Instead I look at her picture on my shelf that never changes.”

Stacey was struck and killed while jogging with headphones on when she stepped off a curb near her home in 1995.

“The years of agony,” said Levitt. “Many, many of them, were made that much worse because it didn’t have to happen. It was preventable.”

“But if it’s only pain, it’s worth nothing,” he stoically added.

Levitt, a board member of Parachute, a national, charitable organization dedicated to preventing injuries and saving lives, was one of three parents recounting the life shattering experience of losing their children in road accidents at this year’s remembrance ceremony and vigil. 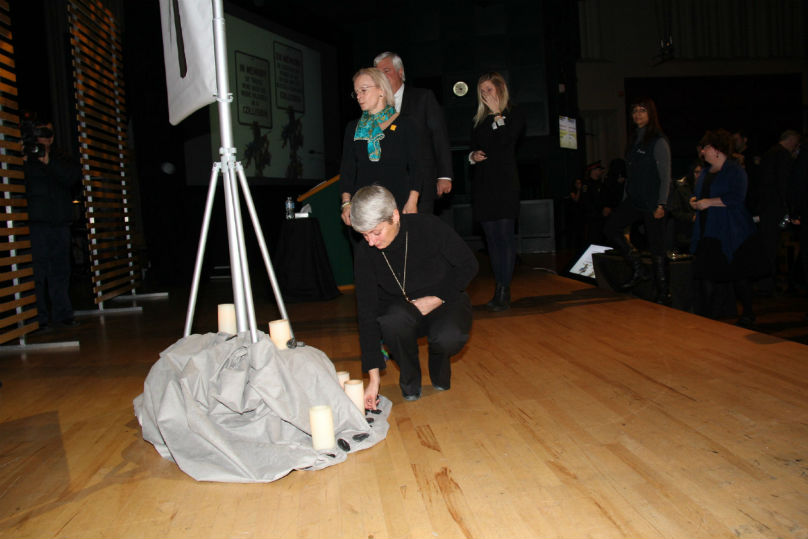 Kiki Souranis, president of MADD (Mothers Against Drunk Driving) Canada, spoke about her son Craig, 20, who was thrown from a crashed van driven by a friend who had been drinking with pals on a cottage country trip in Quebec in 2008.

Her 28 years as a social worker dealing with other people’s emotional trauma didn’t prepare her for what happened.

“Living without Craig was truly a daily struggle,” said Souranis. “On one of my frequent sleepless nights after Craig’s passing, I stumbled onto the MADD Canada website. I found an organization and people that understood my family’s new reality.”

“The crash that killed my beloved son could have been prevented,” Souranis said. “I have come to understand that by telling Craig’s story, perhaps I can help another family avoid the pain and grief that so many of us have felt.”

Nigel Field, co-founder of the Josh Field Support Network, lost his son Josh, 17, in a car accident in the London area in 2009.

All three have found comfort and purpose in joining support networks with the common goal of honouring their deceased teens by working to bring public awareness to the never-ending cycle of loss and suffering that routinely occurs on Canadian roads taking more than 2,000 lives and injuring almost 165,000 each year.