The first Aston Martin-badged car since 1960 will take to the track for the first time at Silverstone tomorrow.

They pulled the wraps off the Canadian-owned 2021 Aston Martin Cognizant AMR21 Formula One racing car in the U.K. today (Wednesday, March 3) and the first Aston Martin-badged car since 1960 will take to the track for the first time at Silverstone tomorrow.

The car, with drivers Lance Stroll and Sebastian Vettel doing the honours, was unveiled in a virtual launch before a worldwide audience in what Aston Martin executive chairman and team owner Lawrence Stroll called an “important event in automotive history.”

The F1 car is designed to showcase the auto manufacturer’s current engineering capabilities as well as its future road car technologies. An “innovation lab” will be at the centre of a new factory that’s under construction and expected to be complete by late 2022. 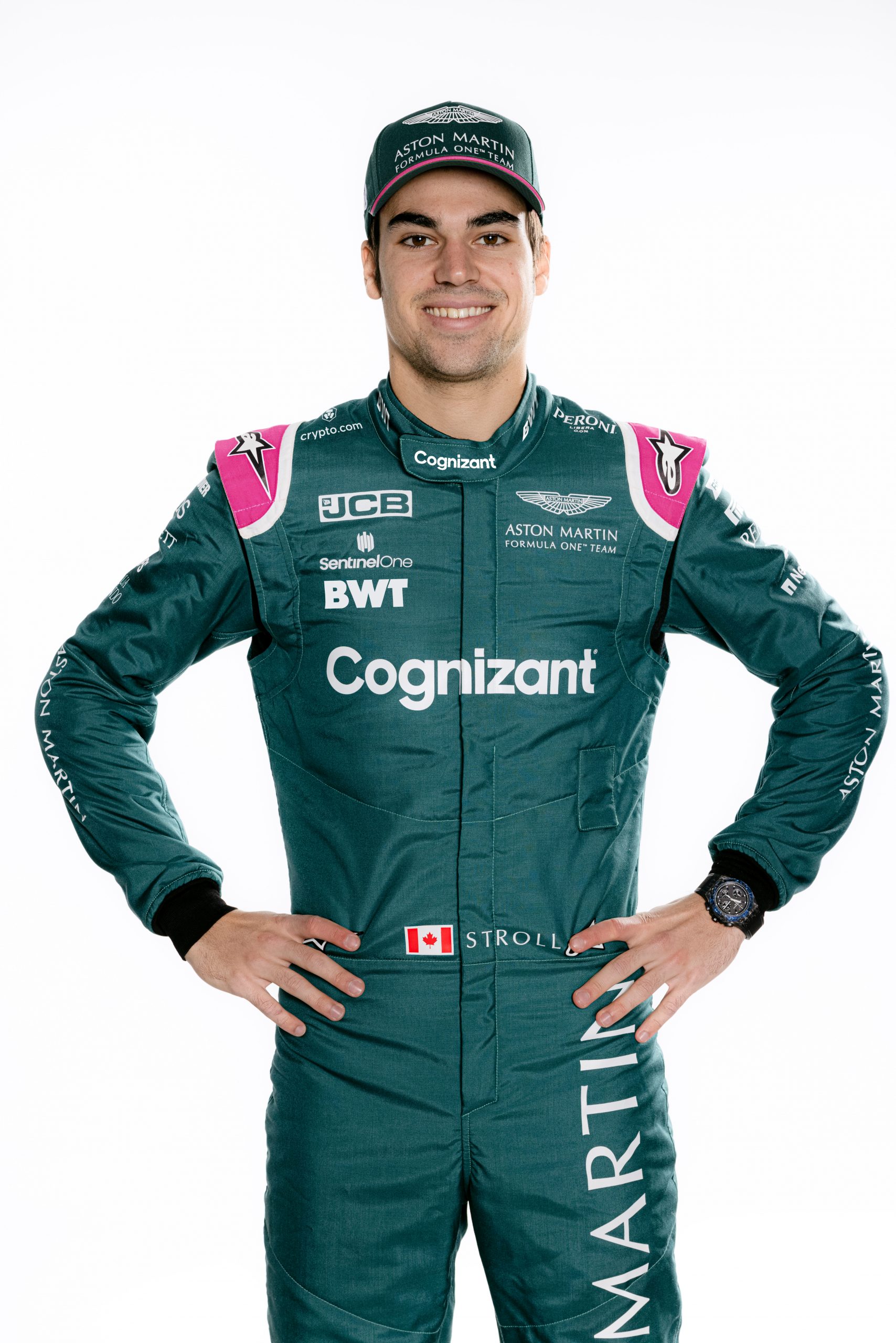 Lionel Martin and Robert Bamford founded the company in 1913 and decided on the name for the marque when they entered a hillclimb on Aston hill. The following year, Aston Martin entered its first Grand Prix in France but its successes to date have been more in sportscar racing than in single seaters, with an overall victory in the 1959 24 Hours of Le Mans its crowning glory.

The Aston Martin Cognizant F1 team started in business as Jordan Grand Prix in 1991 and then became Midland Grand Prix (owned by Canadian Alex Schnaider), Spyker, Force India, Turning Point and finally the Lawrence Stroll-led Aston Martin. In all, going back to Jordan, the team has won five Grands Prix.

The new AMR21 has a turbocharged Mercedes-AMG F1 M12 E Performance engine behind the driver with hybrid energy recovery. After tomorrow’s photo opportunity day at Silverstone, the team will fly to Bahrain for pre-season testing and then the first race of the F1 season on March 28.

Said Lawrence Stroll to the worldwide audience: “I’ve dreamed about this day for a very long time. I’ve always been a car guy and I’ve always loved racing, too. My first dream was to own a Formula One team. My second dream was to acquire a significant shareholding in Aston Martin. Today is about the merging of those two dreams. So, as I say, today is all about dreams, and it shows that dreams really can come true, in the shape of our new AMR21.

“Aston Martin returning to Formula One after an absence of 61 years will have a powerful effect on the sport, the media and the fans, commanding global attention.

“This is just the beginning. The team is pushing forward, and our ambitions are limitless. We now have the pieces in place, the people and the partners, to make real progress.

“The launch of the new AMR21 is also the celebration of a new beginning for Aston Martin. Today’s transformational event has given us the opportunity to communicate the evolution of the iconic Aston Martin Wings logo for only the 12th time in the company’s 108-year history. The Aston Martin Cognizant Formula One car is our group’s highest expression of performance, innovation, engineering quality, attention to detail, and teamwork.”