Gearing up for the Canadian Motorsport Hall of Fame Induction Gala

I have a confession to make. I get a lot of credit for things I don’t do.

For instance, every year — except for one a few years ago, which I will tell you about in a moment — I act as Master of Ceremonies for the Canadian Motorsport Hall of Fame’s induction gala. Plug here: This year’s ceremonial evening will take place next Saturday night, Oct. 14, at the Glenn Gould Studio in the CBC Building in downtown Toronto. If you want to go, the tickets are $95 apiece (you will get a receipt for a deduction on your income taxes), and they can be purchased from the Hall of Fame’s website, www.cmhf.ca. Just go there and follow directions. Have your credit card handy.

OK, so getting back to getting kudos for things I don’t do.

When you are the Master of Ceremonies, you have a script. In the script are the biographies of the people being inducted. I talk about these people as if I wrote all that stuff about them myself, which isn’t a hundred per cent true. I do a lot of ad-libbing — a lot — but the guy who really writes most of the words for which I get the credit is Jeff Pappone, who writes for Inside Track Motorsport News magazine and used to write for the Globe and Mail.

During the galas, I introduce video presentations (arranged by Joel Robinson, whose company produces NASCAR Pinty’s Series telecasts for TSN in Canada and MAVTV in the United States) that extol the virtues of the people being inducted. The texts for those videos are researched and written by Tim Miller, who writes about motorsport for the Hamilton Spectator. And the voice-over on those videos is done by Erik Tomas, whose Raceline Radio Network is celebrating 25 years of being on the air across Canada this year.

I tell you all this because when the gala is over and everybody is milling about in the lobby of the Glenn Gould Theatre, comparing notes about what they were able to buy at the silent auction (there’s some really good stuff on offer this year), and drinking wine, and chatting with the inductees — who also like to hang around afterward and talk — people inevitably thank me for a “good job,” and although I want to say I couldn’t have done it without the help of Jeff, Joel, Tim, Erik, and so on, I never really have the time. So, I’m doing it now. 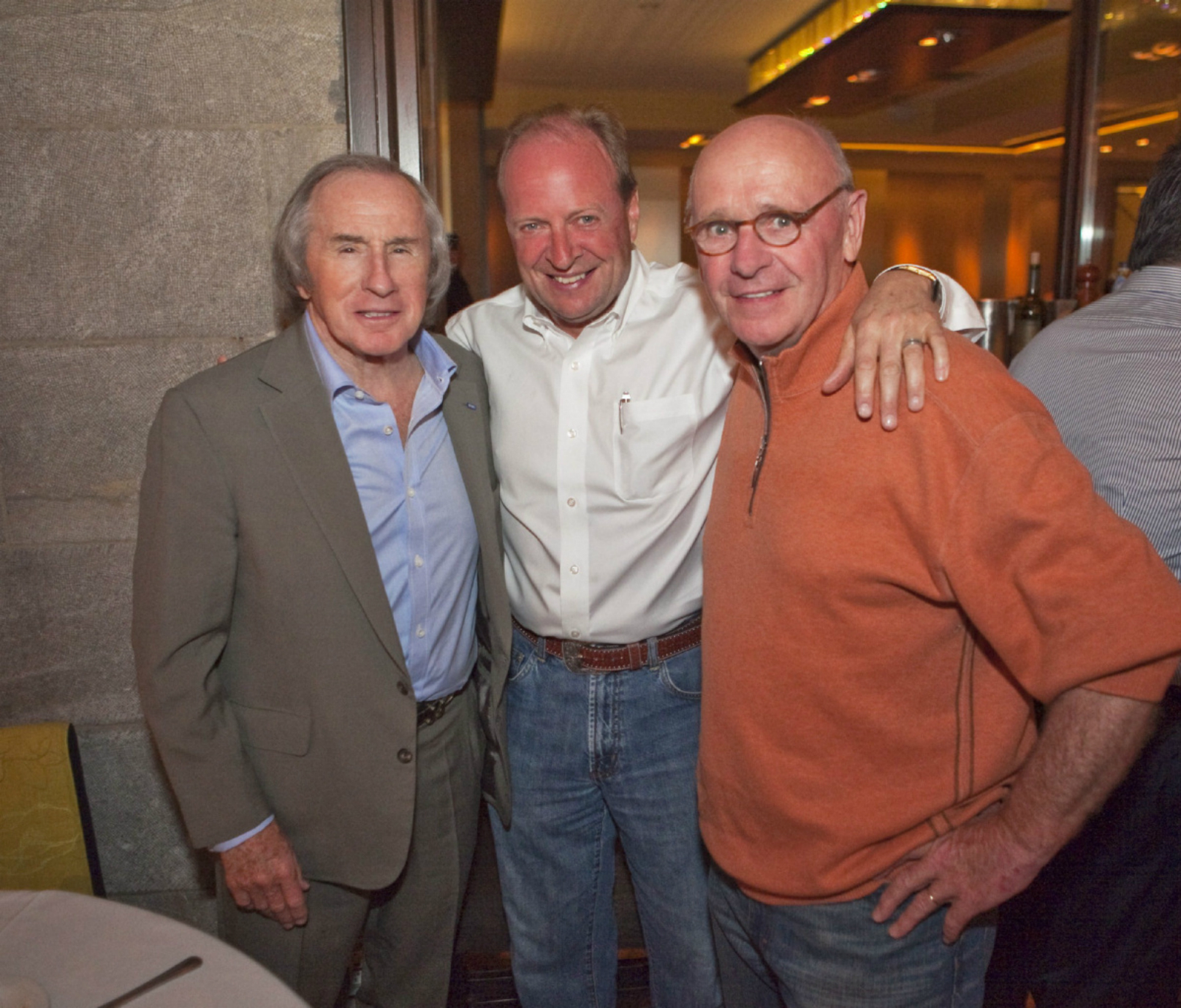 The other reason I’m doing this here and now is because I frequently get so wrapped up in being MC and trying to keep the show moving along that I totally forget to do things. Last year, for instance, I completely forgot to thank all of the above for making my life easier. I sure don’t want to make that mistake again.

My worst faux pas was the year I wrote in the paper that if anybody bought tickets to the gala as the result of reading about it in my column that I would introduce them from the audience. So, four people bought tickets and attended, and I forgot about my promise. They reminded me, but by that time, the show was over. I had nightmares about that for a month afterward.

(Having said that, if anybody buys tickets and goes to the gala as a result of reading this column, I solemnly promise to introduce you from the audience. And I mean that. Just be sure to tell me you’re there.)

The one year I missed being MC was in 2014 when I, myself, was inducted. It was suggested that perhaps it would be kind of funny if I was to say, “AND OUR NEXT INDUCTEE IS … ME.” Cooler heads prevailed, however, and I was replaced by Todd Lewis, who is the pit reporter on Pinty’s Series telecasts and the host of Hockey Unfiltered on www.spreaker.com. Todd did a great job at a gala that inducted me, Scott Maxwell, Paul Tracy, Nigel Mansell, Diana Carter, and John Magill.

As Sundance once said, “Who are those guys?” Here, thanks to Jeff Pappone, are some minibiographies.

Jacques Bouchard and Ronald Denis, both from Montreal, go into the hall together, just as they worked for decades as builders and contributors in their positions as co-Chief Medical Officer for the Canadian Grand Prix. Dr. Bouchard joined the Canadian Grand Prix in 1979, while Dr. Denis arrived in 1987. The pair has played a key role in advancing medical care at motor sport events in Canada and around the world through their work with the Fédération Internationale de l’Automobile (FIA) Medical Commission.

Involved as a volunteer in Canadian and international motor sport since 1967, Ottawa’s Terry Dale was a founding member of the Canadian Automobile Sport Clubs (Ontario Region). An official for more than 30 years in several different series, including the Canadian Grand Prix and Indy Lights, Dale was also race director at Ontario’s Calabogie Motorsport Park. Along the way, Dale helped to develop the next generation of race officials by recognizing and mentoring young talent.

Montreal’s Peter Lockhart raced for 25 years in Canada and the U.S., winning in both open wheel and sports cars. However, the bulk of Lockhart’s career was spent in sports cars, racing both sprint and endurance events in series such as the World Endurance Championship, the Player’s GM Series and the Speed World Challenge Touring Car Series. He also owned and managed his own racing team and helped up-and-coming drivers such as Mark Wilkins and Kuno Wittmer to develop their talents. 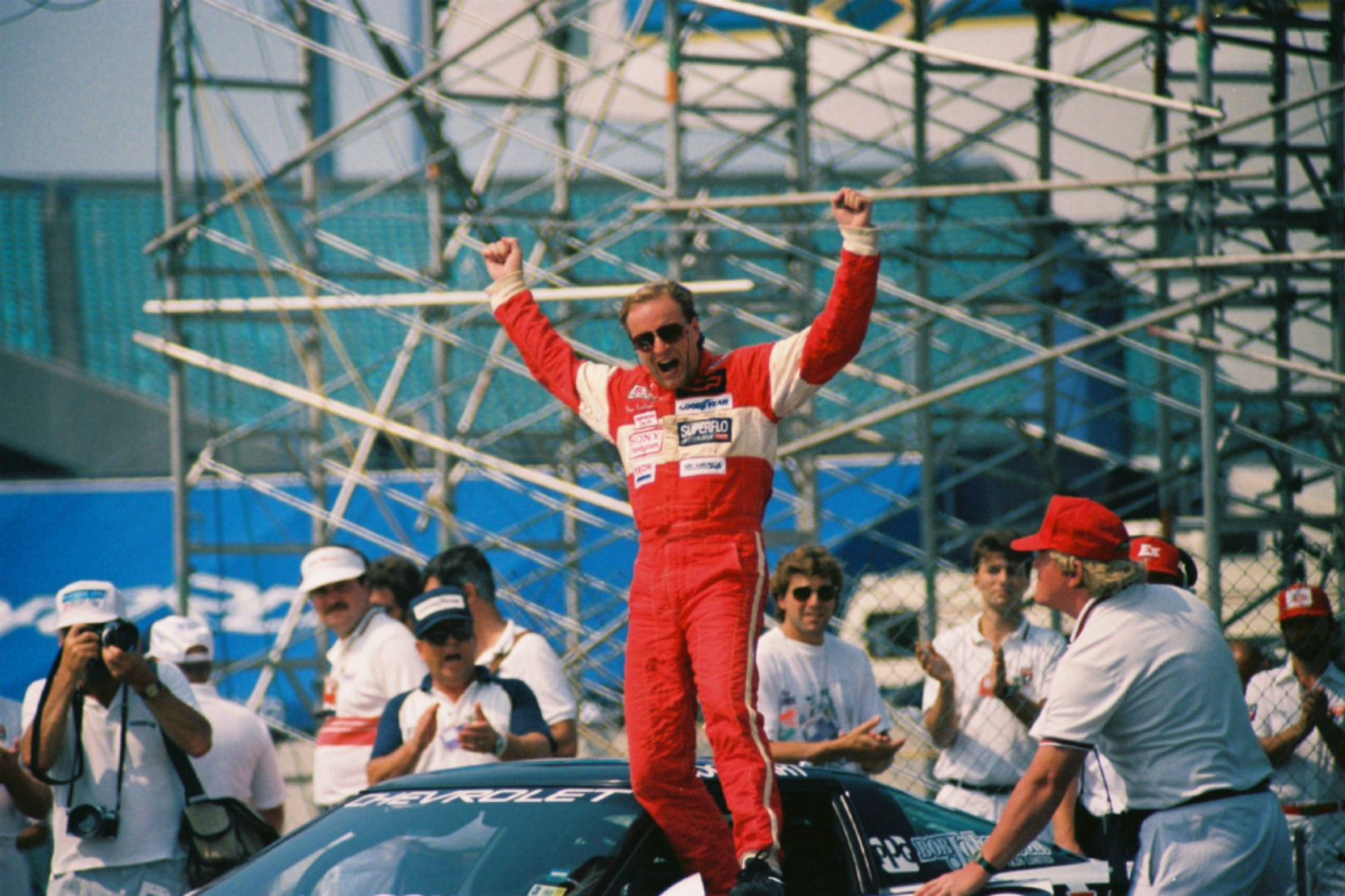 You name it and David Mathers of St. Thomas, Ont., has done it at a race track. He won races from behind the wheel and as a team owner, directed technical inspection, acted as an official starter and race director, owned racing facilities, sponsored drivers, including Canadian Motorsport Hall of Fame members Herbie Rogers, Gary Vessair, and David Whitlock, called the action as race announcer, and wrote about events as a reporter. In addition, he’s been involved in several different types of racing in Canada, from dragsters and CASCAR stock cars to snowmobiles and even tractors.

He may be well-known for his career as a top soldier in the Canadian Armed Forces, but retired Maj.-Gen. Lewis MacKenzie, of Truro, N.S., has also been an active driver and advocate in Canadian motorsport for more than four decades. MacKenzie won several championships in his racing career, including Formula Ford titles and a class win in the Targa Newfoundland. Off the track, MacKenzie helps other competitors raise funds for their careers. He helped to train two amputee Afghan veteran soldiers to compete in the 2010 Targa Newfoundland road race.

Saying that the list of Canadian drivers whose careers were helped by Toronto’s Chris Pfaff is impressive would be an understatement. It includes a Who’s Who of Canadian racing, such as Canadian Motorsport Hall of Fame inductees Ron Fellows, Scott Goodyear, and Richard Spenard, along with potential future inductees like Scott Hargrove, Kyle Marcelli, Daniel Morad, and Robert Wickens. Pfaff’s racing teams began with a championship in the Rothmans Porsche 944 Turbo Cup Series in 1988 with Scott Goodyear and continues to this day with the Ultra 94 Porsche GT3 Cup Challenge Canada series. In between, there were Pfaff teams in the Firestone Firehawk Series, American Le Mans Series, Palmer Audi, and the Pirelli World Challenge, among others. He also supported several karting series to help develop young talent, including the recently announced Champion Ron Fellows Karting Challenge.

Born in England, John Powell began his Canadian racing career on ice, winning several prestigious races before turning his attention to asphalt. After finishing second to Canadian Motorsport Hall Of Fame inductee Bill Brack in the 1973 Player’s Canadian Formula B Championship, Powell joined the Mosport Racing School. A condition of employment was quitting racing, so Powell turned to driver development, training Canadian Motorsport Hall of Fame inductees Scott Goodyear and Paul Tracy. The Blackstock, Ont., resident also helped to create and nurture some of this country’s most recognizable racing series, such as the Player’s GM Series.

Sid Priddle never won a race, but fans across this country are winners because of his dedication to motorsport in Canada. The Saint John, N.B., native has been a major force behind the scenes at just about every major racing event in Canada, directing public relations and communications at the Canadian Grand Prix — including the first one held at Mosport in 1967 — the Molson Indy Toronto, the Molson Indy Vancouver, and the Edmonton Indy. He is also the only Canadian to run communications for the U.S. Grand Prix, when it was held in Phoenix in 1988 and 1989. Canadian Motorsport Hall of Fame inductees Mario Andretti, Michael Andretti, Bill Brack, Greg Moore, Paul Tracy, and Gilles Villeneuve also benefited from Priddle’s public relations wizardry. His ability to develop and nurture long-lasting relationships with the media helped take motorsport from a second-tier sport in Canada to front-page news.

There you have it — the Canadian Motorsport Hall of Fame’s Class of 2017.

I’ll see you next Saturday night at the gala. 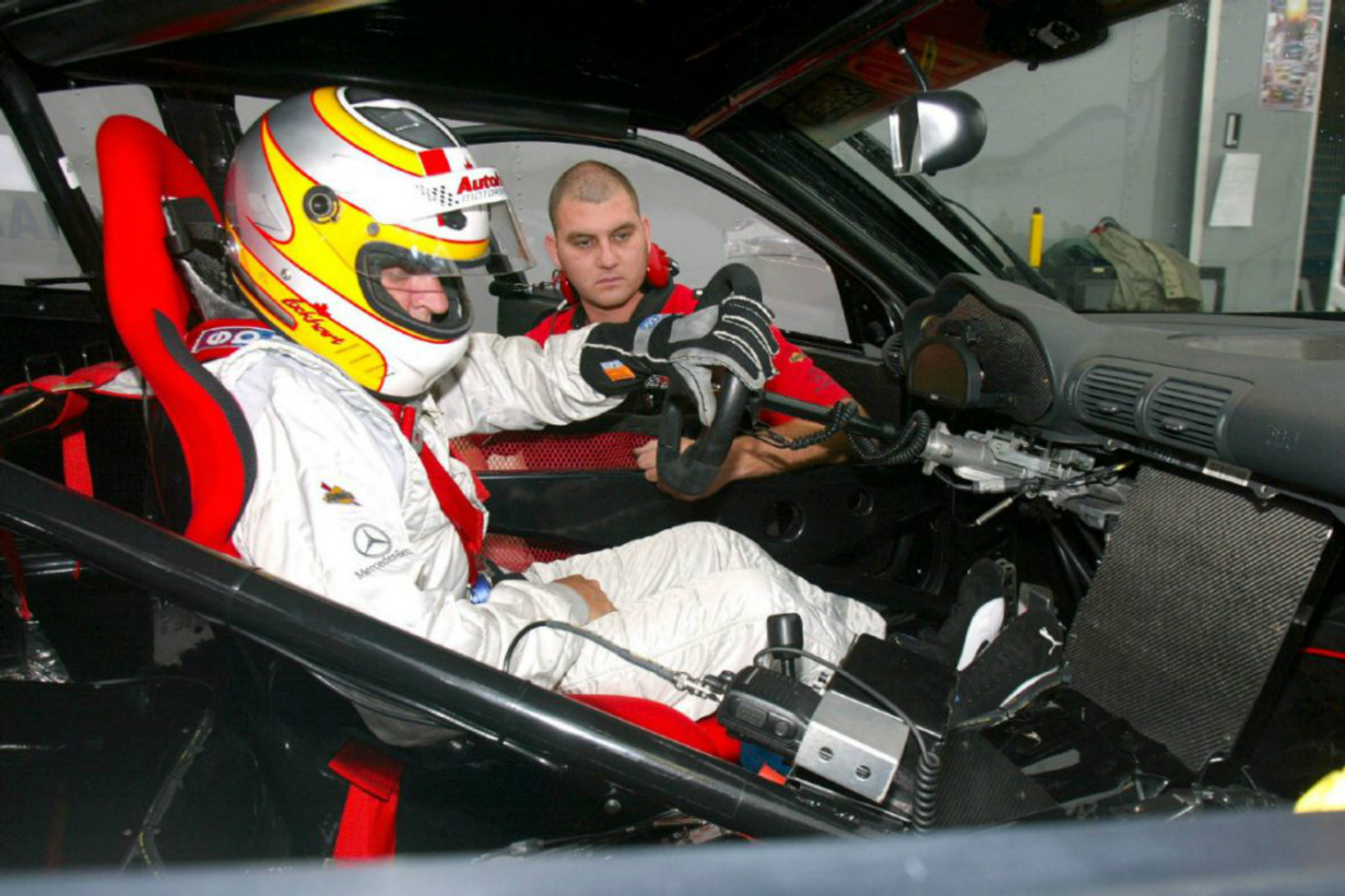