The celebration of Canada’s motorsport greats takes place on Oct. 22

The first formal induction ceremony of the newly founded Canadian Motorsport Hall of Fame (CMHF) was held in 1993 at the Four Seasons Yorkville. It was a black-tie affair, complete with sit-down dinner, and the guest speaker was John Surtees, who is still the only athlete to win racing world championships on two wheels as well as four.

Jim Kenzie — who else? — covered the gala for Toronto Star Wheels and in his article days later, detailed the careers of the 10 inductees, who included Bill Brack, Gilles Villeneuve and Imperial Tobacco, among others.

Here are some recollections I have of that evening:

I had been up in the ballroom where the dinner was to be held at about 4:30 in the afternoon. Surtees was standing talking with Gary Magwood, one of the two men who’d founded the Hall. I left to go to the lobby for one reason or another and was standing by the front desk when who should come charging through the main entrance but Rod Stewart, the pop star. 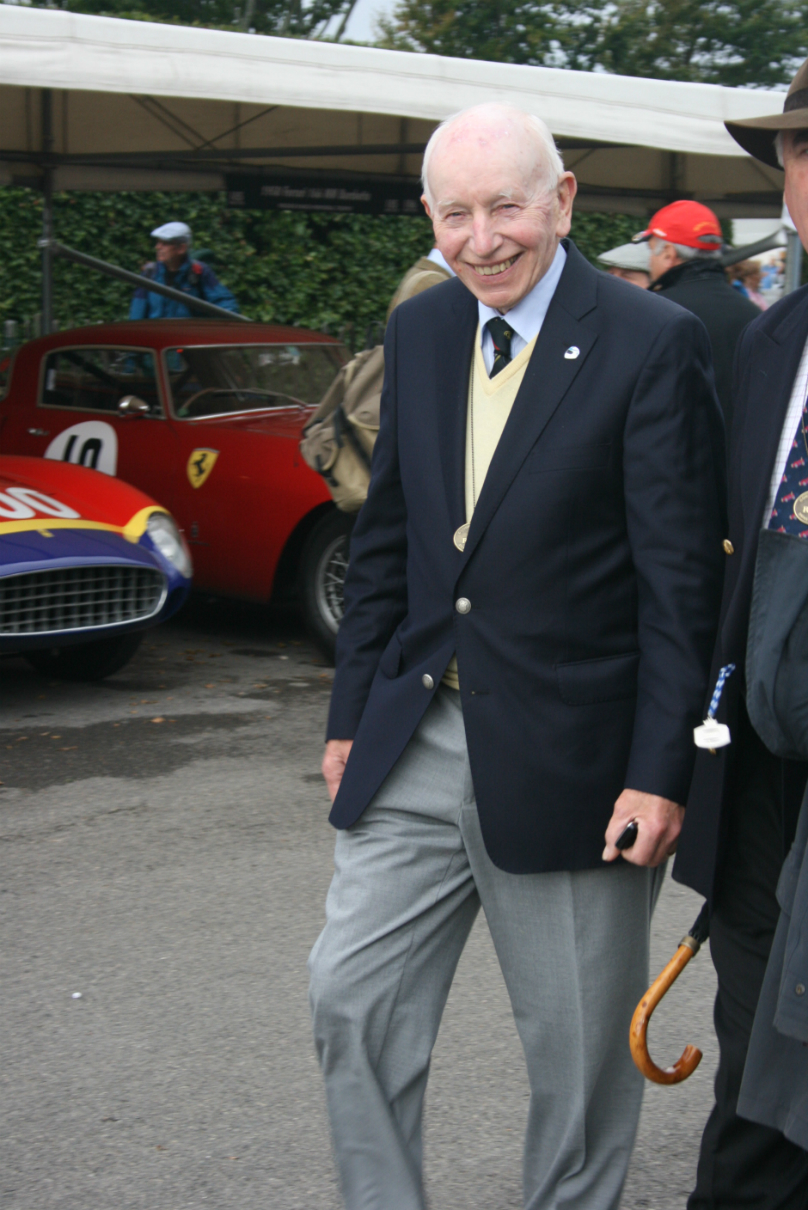 I saw the British singer and a light bulb went on in my head (more likely a flashbulb, because I was thinking photograph). I don’t know Rod Stewart from Adam, nor does he know me, but I went right up to him and said, “Rod, do you want to meet John Surtees?” And he said, “Of course I do, mate. He’s one of me heroes. Where’s he at?”

I told him to follow me — and up the escalator we went, me leading and him hot on my heels. And wouldn’t you know it? We got to where I’d been about five minutes earlier and Surtees and Magwood were nowhere to be seen.

Rod Stewart was not impressed. “Good one, mate,” he said. “You got me there.”

I was saying that Surtees had been there a moment earlier and was in town for the Hall of Fame banquet and, etc., but Stewart was having none of it.

“I should sic me bodyguard on ya,” he said.

I went to continue to protest my innocence and he put up his hand. “Don’t say another word — or I will.”

So I stopped talking and he didn’t summon the gorilla he’d left behind in the lobby. I don’t know if he was being serious or not, but I wasn’t going to take any chances.

The other thing that sticks out in my mind is the way Surtees concluded his speech, which had been pretty much a review of his career and how it had led to business opportunities just about everywhere. Said the four-time world motorcycle champion (1956, ‘58, ‘59 and 1960) and Ferrari F1 driver who’d been world champion in 1964: 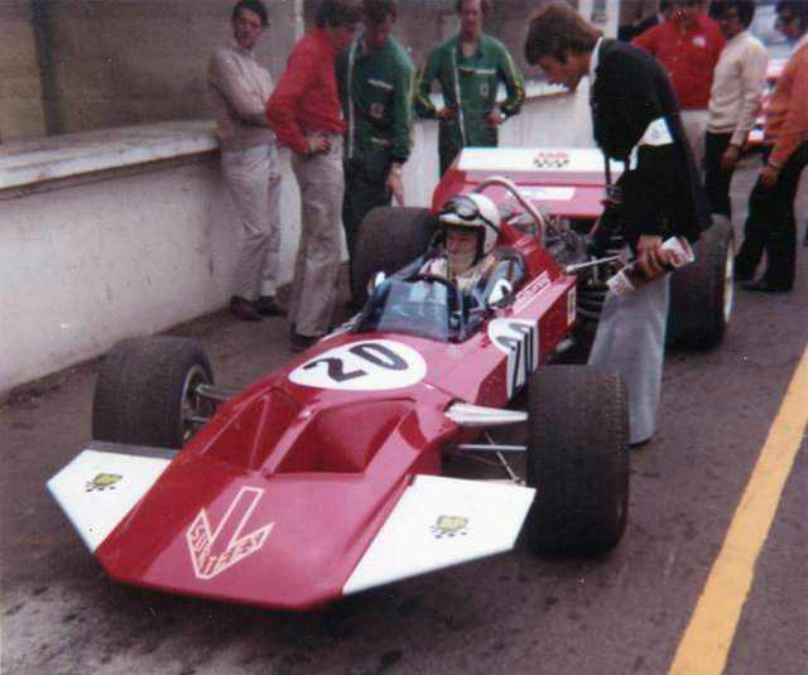 “The two big international sports are soccer and motor racing. The best-known Canadian in the world today — the world; not parts of it, but all of it — is not your prime minister, nor any of your scientists or your hockey players. It’s Paul Tracy.”

It’s always good to keep that in mind. And while it was Tracy in 1993, it was Jacques Villeneuve a few years later and soon it’s going to be Lance Stroll. Motor racers are the true international athletic stars.

On October 22, at the Glen Gould Theatre in the CBC building on Front Street in downtown Toronto, the 22nd induction ceremony of the CMHF will take place. I am excited about it because I think the honour is long overdue for not just some, but all of them.

Someone else who’s totally dominated his sport over the last decade or so is Jordan Szoke of Brantford. He’s won 10 (count ‘em, 10) Canadian Superbike Championships and last year he won all seven races on the schedule. In addition, he’s won 10 other national championships, including five Pro Sportbike titles and four National Observed Trials titles.

Two stock-car champions will be welcomed into the Hall of Fame — Peter Gibbons of Stouffville and Dave Whitlock of Wyoming, Ont.

Gibbons won two CASCAR Super Series titles and holds the record for most wins in the series — 25. His reputation as a top engine builder earned him the nickname, “Mr. Horsepower.” Whitlock was a three time CASCAR champion and the first to win two back-to-back. He was also active in his southwestern Ontario community, using his race team to work with the RCMP to raise awareness on the fights against drugs and prostate cancer.

Drag racer John Edgar Petrie began his career in the mid-1960s with a 1964 Plymouth Savoy and ended it in 1972 after going up against some of the great names in the sport. He won 180 races — about two-thirds of his career starts — mostly in Pro Stock and Funny Car. 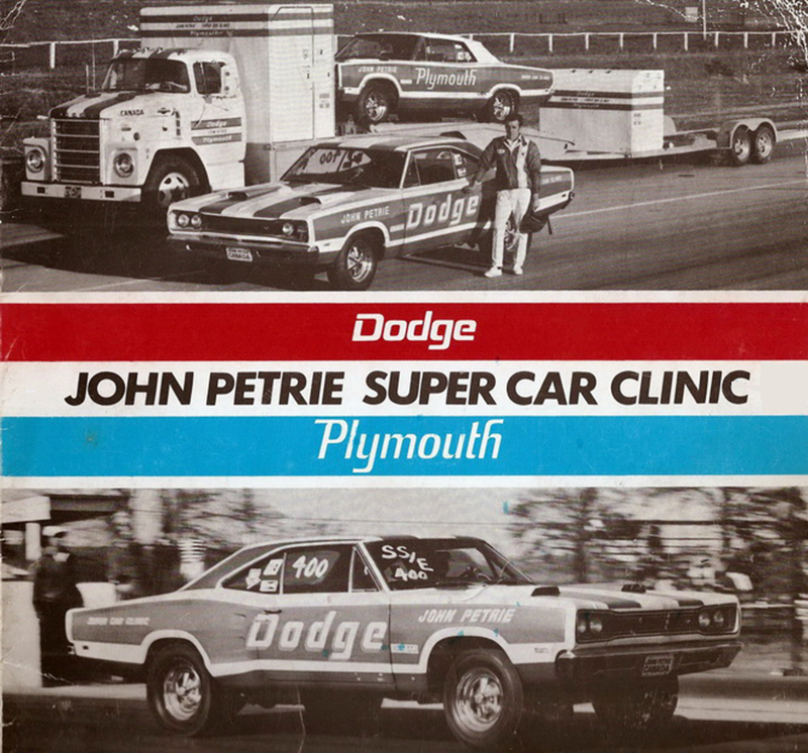 The international inductee this year is one of the most famous companies in the world of motorsport and it’s based in the Toronto suburb of Markham. Multimatic Motorsports Inc. spearheaded Ford’s return to this year’s 24 Hours of Le Mans by developing and producing the Chip Ganassi Team USA Ford GT that Sébastien Bourdais, Joey Hand and Dirk Muller drove to a victory in their class in June.

Said Hall of Fame chairman Dr. Hugh Scully: “When the Ford Motor Co. needed a partner to develop its GT program for its return to the 24 Hours of Le Mans, it turned to Multimatic and went on to conquer the world. But it’s not just Ford: Racers across the globe depend on Multimatic’s ingenuity and expertise to win races on all continents and in many different categories, including Formula One.”

Said Larry Holt, Multimatic vice-president of engineering: “Multimatic is a low-key company that usually works behind the scenes to help others find success, so basking in the spotlight isn’t something we do very often.

“It is an enormous honour to be inducted into the Canadian Motorsport Hall of Fame and it’s something we will share proudly with our employees worldwide.”

Tickets for the gala are $85 and can be purchased by going to the Hall’s website, www.cmhf.ca . The evening will get under way at 7:30 p.m. and guests can mingle with the inductees at a post-ceremony reception.

You May Also Like: $10 million worth of cars participate in CMHF CELEBRATION of SPEED 2016

A quick reminder: The 2016 Toronto Fall RV and Sale is on this weekend at the International Centre in Mississauga. They have more than 300 RVs of all shapes and sizes on display, from the Class A Taj Mahal-mansion types to pop-up trailers. The show goes till 7 p.m. Saturday and from 10 a.m. till 5 p.m. Sunday. Tickets are $15 at the door (you can save $2 by purchasing online) and kids 16 and under are free if they’re with an adult. For info, go to www.rvshowsontario.ca
nmcdonald@thestar.ca