All of the inductees reflect the trademark talent in Canadian Motorsport.

Next Saturday night, at the Glenn Gould Theatre in the CBC Building in downtown Toronto, one of the most impressive groups of individuals you’ll ever see will be inducted into the Canadian Motorsport Hall of Fame.

Tickets for the induction are still available and can be purchased for $95 apiece (a portion of which is tax-deductible) from the Hall’s website, CMHF.ca. If you buy a ticket or tickets as a result of reading this column, I will introduce you from the audience — although you will have to tell me beforehand that you’re there. I can do that because I MC this event and have since the early 2000s.

Which means I’ve seen a lot of people inducted over the years, so when I say this is one of the most impressive groups ever, I say it from experience. 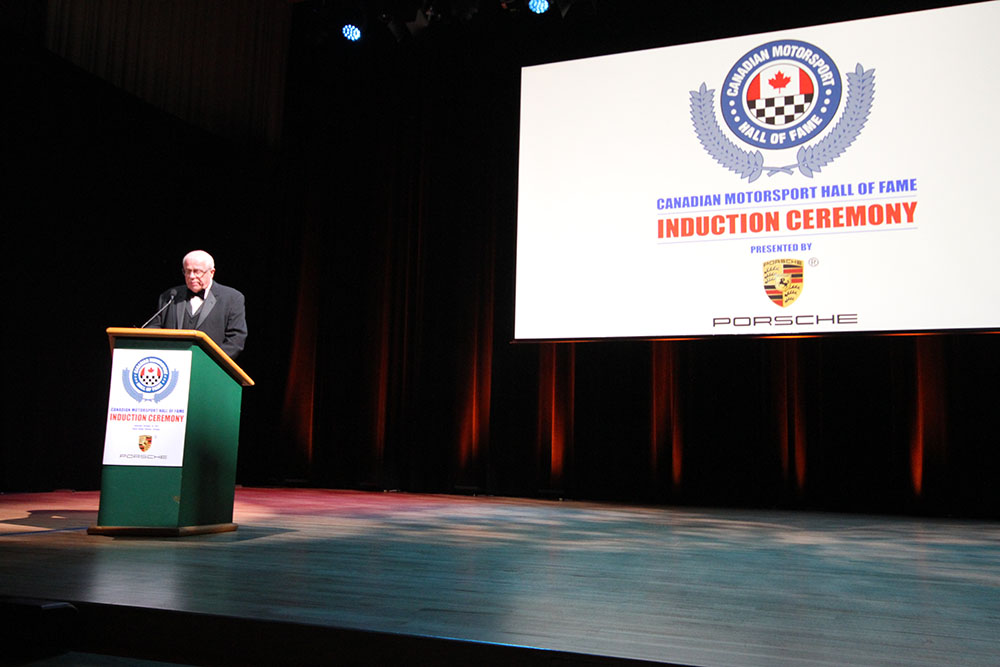 Here, in alphabetical order, are the inductees.

“The Canadian Motorsport Hall of Fame proudly welcomes this year’s group of inductees, all of whom have excelled in their careers, whether on track, working behind the scenes, or behind a camera. All of the inductees reflect the trademark talent in Canadian motorsport and the success that this country realizes when competing against the best the world has to offer. Congratulations to all the new members.” 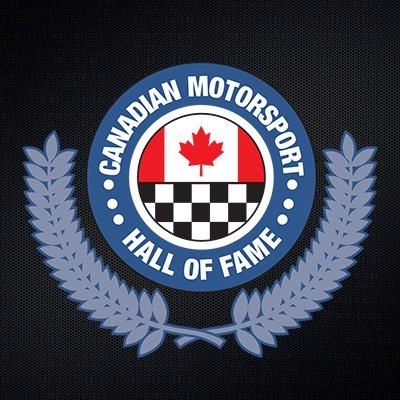 Although this information is appearing in a column under my byline, the words have been written by Jeff Pappone, who writes for Inside Track Motorsports News, IndyCar.com and is a member of the Hall of Fame’s board of directors.

Whether he was building and engineering racing cars or running a team, one thing was always constant when it came to Doug Crosty: Winning. The recipient of awards for his skill with a wrench, Crosty was the engineering force behind one of the most successful Canadian racing drivers of all time, Canadian Motorsport Hall of Fame inductee Bill Brack, who took three consecutive Canadian Formula Atlantic Championships beginning in 1973. Crosty also managed Bill Brack Racing with a highlight being a sweep of the podium at the Grand Prix de Trois-Rivières in 1978 with drivers Brack, Price Cobb and Didier Pironi.

Although François Dumontier only became known to most after taking over the promotion reigns of the Canadian Grand Prix in 2009, he has been working in and around the Circuit Gilles-Villeneuve for the better part of 30 years. His leadership in the past decade ensured that Montreal will be a part of the Formula One calendar for the next 10 years after he negotiated a contract for the race through 2029. Not only does he run the highest profile racing event in Canada, he also brought the NASCAR Xfinity Series to Canada and supported feeder series, such as Formula 1600, as well as national and local sanctioning bodies.

After winning his first start in a stock car at the age of 16, there was little doubt that Douglas James (D.J.) Kennington would be a star in Canadian racing. Twenty-five years later, Kennington’s tally includes two NASCAR Pinty’s Series Championships on the strength of 27 wins and 16 poles in the series. Off the track, Kennington’s charity work is equally impressive, serving as a spokesperson for Big Brothers and Big Sisters and visiting children’s hospitals across Canada.

If a Canadian racing series appeared on television in this country, it’s likely that Jim Robinson had something to do with it. With his connections to the broadcasting of Canadian motorsports events tracing its way back to the early 1960s, Robinson’s work exposed racing to millions of Canadians over the years, whether it was open wheel, stock cars or motorcycles. He also produced acclaimed documentaries on Gilles Villeneuve and the history of Mosport Park (now Canadian Tire Motorsport Park).

Although John Sambrook scored a national sprint car title early in his racing career, it’s his contributions off the track that set him apart. Sambrook spent the 50 years working with local, regional and national sanctioning bodies in almost every capacity, from designing tracks to serving as clerk of the course at national and international events. In 1995, he joined the Vintage Automobile Racing Association of Canada (VARAC) as a driver and owner and continues to race today. He was inducted into the Grand Prix de Trois-Rivières Hall of Fame in 2004 and received a Lifetime Achievement Award from the VARAC in 2017.

One of Canada’s most successful stock car racers, Scott Steckly won an unprecedented four NASCAR Pinty’s Series titles in his career, taking 17 poles, 19 wins and leading 4,829 laps along the way. Steckly made an impression early, winning a street stock championship in his first year of racing. He moved up the ranks to compete in Canada’s premier stock car series at the time, the CASCAR Super Series, where he took 1999 Rookie of the Year honours in the Eastern Series. After retiring in 2015, Steckly continues to be involved in the Pinty’s Series as a team owner.

There’s little doubt that Jim Tario’s expertise and dedication played a huge role in the success of the Honda Indy Toronto over the past 30 years. In addition to helping design the original track for the inaugural event in 1986, Tario remains a central figure in the success of the Honda Indy as its director of track operations, responsible for site planning, construction, logistics, infrastructure and the management of the race circuit. Several other cities hosting racing events have also benefited from his skills, including Vancouver, St. Petersburg, Fla.; San Jose, Calif.; and São Paulo, Brazil.

Jacques Villeneuve followed in the footsteps of his father and Canadian Motorsport Hall of Fame inductee, Gilles Villeneuve, and found success on every level. Canada’s only Formula One World Champion, Villeneuve scored 13 poles, 11 wins and 23 podiums in 163 Grand Prix starts between 1996 and 2006. His thrilling title-securing pass on seven-times world champion Michael Schumacher in the final race of the 1997 season remains one of the most dramatic moments in Canadian racing history. Villeneuve’s victory in the 1995 Indianapolis 500 was equally dramatic after he unlapped himself twice to score an unlikely come-from-behind win and become the sole Canadian to drink the milk at the Indianapolis Motor Speedway.

One other thing you should know about. The Rising Star Award will be presented to European Formula 2 racer Nicholas Latifi, of Toronto. He’s another young man going places in this sport and he’s going fast.

Inducted in 2015, Norris McDonald is an Hon. Member of the Canadian Motorsport Hall of Fame 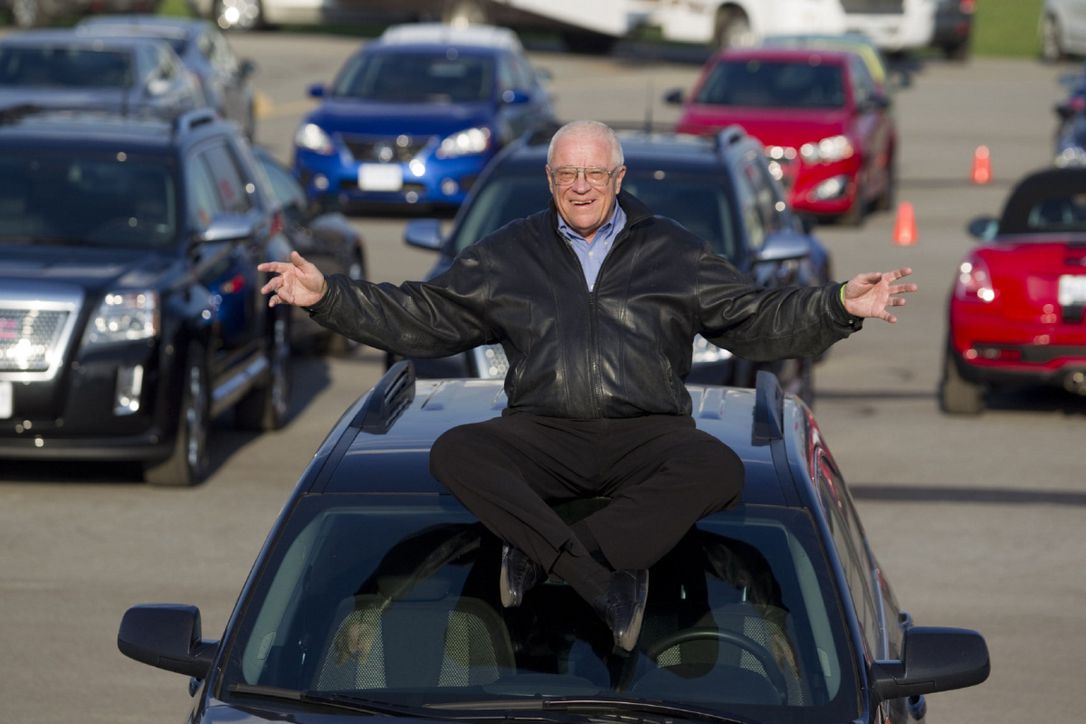