Dealers and OEMs would be wise to put stock in these findings when planning their online strategies.

Every year, the crew at Canadian Black Book puts on their statistician cap and analyzes the car-buying behaviour of shoppers across the country. Being in the auto business for over fifty years, they are definitely qualified to make a few predictions about the industry and future trends.

The rise of ride sharing, at least in urban areas, is seemingly starting to make a dent in car ownership numbers for those of certain demographics. Less than half of those surveyed, 48 percent to be precise, in the 18 – 34 year old age group currently own or lease a vehicle. Compare that to the 55+ bracket, where 77 percent have their name attached to the registration card of a car or truck.

Your humble author doesn’t think this should be construed as “young people don’t care about cars” but does think it has something to do with where people in these age brackets call home. It is arguable that folks in the 55+ age range are more likely to live in suburban or outlying areas, where opportunity to use public transit or ride sharing is slim. Even if they do live in a large city, more than a few pensioners find those options to be unappealing or difficult to access – at least in cities where my extended family reside.

Driving home the point about ride sharing, twelve per cent of respondents in total said they rely on this evolving service. More than double that number (27 per cent) are in the youngest age category, compared to nine per cent of those 35-54, and only 4 per cent in the 55 plus age range. 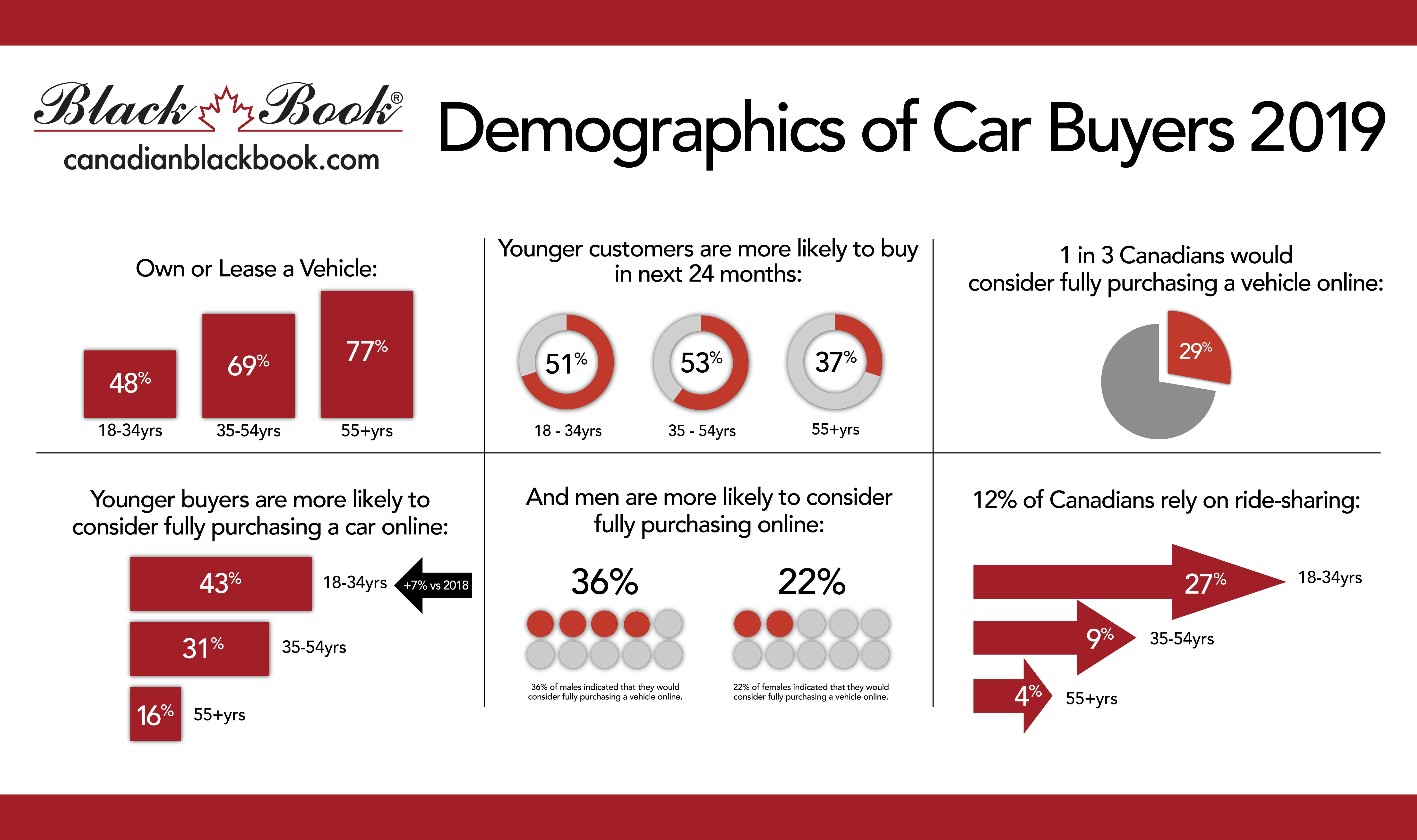 The idea of purchasing vehicles fully online, without going into a dealership, is a hot topic. In some markets, serious conversations are being had about that process, with dealer groups crying foul about manufacturers selling directly to the consumer. Nevertheless, three in ten (29 per cent, a two point increase from last year) of all respondents suggested they would likely purchase a car in this manner

Forty percent of households with kids said they are likely to buy a car online while only 24 percent of households with no kids are likely to do so. This reflects on the attractiveness of potential time savings and not having to traipse into a dealer with screaming kids who don’t want to be in the finance office any more than the F&I manager wants them there. The most probable demographic to conduct end-to-end online vehicle purchases are the youngest (18-34), at 43 percent.

Don’t confuse the eldest demographic as techphobic luddites, however. That age group responded as the most likely, at 65 percent of total respondents, to deploy online tools like trade-in calculators in a bid to research their next car purchase.

“As we dissect this research we are finding some very telling statistics that we monitor from year to year, which help us understand developing trends and allow us to offer this information to the auto industry in Canada,” says Brad Rome, President at Canadian Black Book. Dealers and OEMs would be wise to put stock in these findings when planning their online strategies.