Canada’s James Hinchcliffe to lead the field to the start of the 100th Indianapolis 500 this coming weekend.

After a thrilling final-hour performance, Canada’s James Hinchcliffe again delivered when it mattered the most, claiming the pole for next weekend’s Indianapolis 500.

It is Hinchcliffe’s first “500” pole, and the ninth for Honda at the historic Brickyard.

Hinchcliffe’s run of nearly 231 mph on Saturday secured first-round qualifying honors, and meant he would be the last of five Honda drivers vying for the pole during last Saturday’s “Fast Nine” shootout.

The fourth driver to make a run, Newgarden posted a four-lap average of 230.700 mph that moved him to the top of the speed chart.

After both Helio Castroneves and Will Power came up sort, the next-to-last qualifier, Hunter-Reay came close to toppling him, but ended his four-lap run fractionally slower, at 230.648 mph. 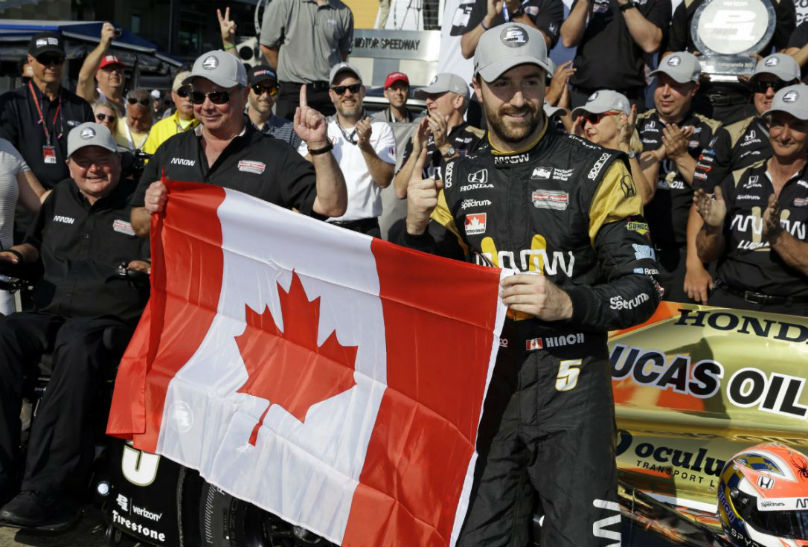 That left Hinchcliffe as the final driver to qualify, and just over a year after a practice-session crash resulted in life-threatening injuries, “Hinch” produced a four-lap average speed of 230.760 mph around the 2.5-mile Indianapolis oval to claim the pole for himself, his Schmidt Peterson Motorsports team, and Honda. It was Hinchcliffe’s first Indianapolis 500 pole, after qualifying second in 2014.

Vehicular horror movies tap into our fear of losi