Like many AutoShow attendees, one of the main things I look forward to seeing every year are the rows of six-and seven-figure exotic cars lining the halls of the Auto Exotica exhibit.

Metal rarely seen on the streets like a Porsche 911 re-imagined by Singer, a Pagani Huayra, and a Ferrari Enzo sit amongst other thoroughbreds. Each one an example of what modern design and engineering pushed to the extremes can achieve. There’s even a Canadian-built supercar—the Felino cB7r—there this year.

But many showgoers are attending for an entirely different reason: Electric Cars. And the number on display has nearly doubled since last year.  Almost every major automaker will have one to show consumers and many are already on sale or about to go on sale in the coming months.

Even if automakers seem convinced that electric is the way of the future much of the Canadian public remains skeptical. There are a few factors at play here but a major one is the general lack of EV infrastructure in the country outside of major urban centres. An issue the current Liberal government faces.

On the opening day of the 2020 Canadian International AutoShow in Toronto, The Honourable Navdeep Bains, Minister of Innovation, Science and Industry made an announcement that an investment of $8 million will be made in Ontario to support the building of 160 Level 3 fast chargers at various locations throughout the province. Funding for the chargers will be provided by Natural Resources Canada. Hydro One and Ontario Power Generation will install them. For those that might not know, a level 3 charger can get an EV back on the road in minutes as opposed to hours on a level 2. 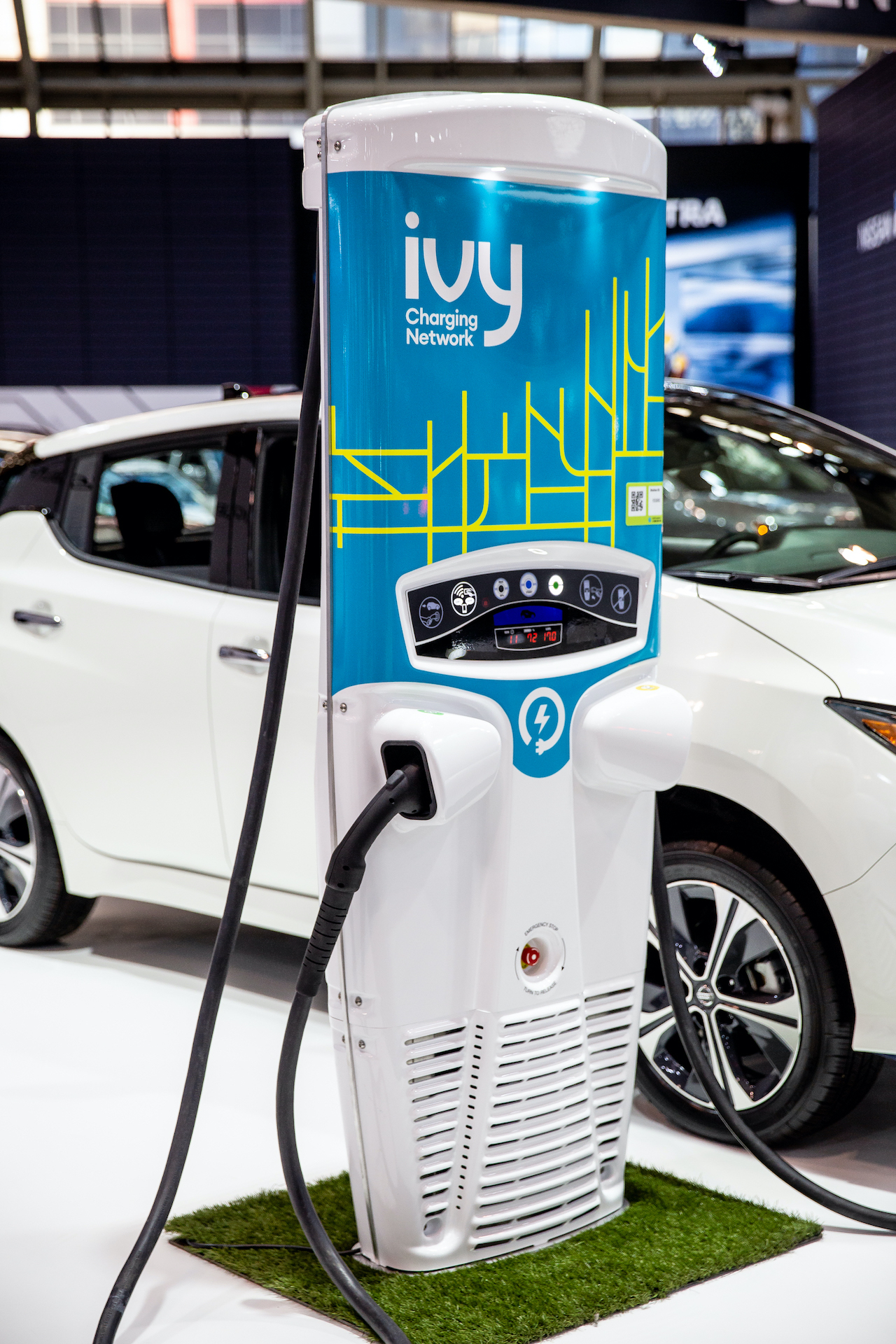 One of Minister Bain’s main responsibilities is developing industrial policy to generate economic growth and job opportunities for Canadians.

“I know first-hand how important the auto sector is for our economic growth, not only in the past but going forward as well. I’m here today to highlight our plan and how we can build the car of today and also the car of tomorrow,” remarked Minister Bains.

The automotive industry is in flux, much like our world, and it’s not only because of the transition to electric power. Vehicles, like everything else around us, are becoming increasingly connected.

“I’m highlighting new tax measures that we put in our platform around clean technologies and the fact that we’re going to cut the corporate tax rate in half for new clean technology, so this is a great incentive for companies to focus on electrification and autonomous vehicles,” says Minister Bains.

“We are seeing enormous investment in research and development in the automotive sector, and we’re seeing a year-over-year growth of 13 per cent, and that’s attributed to the fact that we’ve got some of the best and most talented people in the workforce, globally. It’s a reflection of our government’s industrial policy, and the innovation and skills plan. We’re investing in skills and people are using these skills to really redouble their efforts and focus on opportunities on connected vehicles.

“ The ENCQOR initiative for instance is a great test bed for 5G technology which is going to be critical for smart cities. And then we’ve also supported companies like QNX for cyber security to make sure that when these vehicles are connected that they’re safe and secure,” said Minister Bains.

What exactly are smart cities?

Imagine an urban area where everything is interconnected through a wireless network feeding data to a cloud using an army of sensors and probes embedded throughout the city infrastructure. The data can then be used to manage resources and services more efficiently. Connected cars, for example, would be able to communicate with traffic lights, parking meters and even other vehicles. For fully autonomous vehicles to be viable this would need to happen.

So investments in EVs, charging infrastructure, and building smart cities are a good thing because they create economic growth and job opportunities. But the entire country needs to be aligned in order to make this happen. Ontario took a step backwards with the elimination of the provincial EV incentive which marked a decline in EV sales shortly after. Meanwhile in Quebec where the electric car has been well received, EV sales are on the rise and their charging network, as a result, puts Ontario’s to shame.

“It’s a missed opportunity. We’re seeing significant uptake of vehicle purchases in other jurisdictions like B.C. and Quebec because of the provincial incentive program.

“It’s important that we realize the goal of making sure that purchases of zero emission vehicles by 2030 should reach that 30 per cent target and all passenger vehicles sold in Canada by 2040 will be zero emission.

“ In order to achieve that, these financial incentives are critical. Plus we need to make sure we also have the infrastructure in place,” Minister Bains explained.

Other countries like the U.K., France, and Norway will ban the sale of fossil-fuel burning cars as early as 2025.

As ambitious as these goals are, Minister Bains seems convinced that his government can achieve it.

“A part of the overall investment of $300 million that we’re making will go to create a nationwide network of fast chargers for electric vehicles from coast to coast to coast. And we want to be very strategic of where we place them,” said Minister Bains.

The list of places in Ontario where the new stations will be situated include towns like Dresden, Ignace, Chapleau, and Marathon. All situated along the Trans-Canada highway. 160 chargers might not seem like much, but the gas station network wasn’t built overnight either. And it’s a good start to what is sure to become a growing concern sooner than we think.