Made in Canada- 150 Years of Canadian Auto Manufacturing

From early steam buggies to muscle cars to super cars, Canada has a rich history of automobile manufacturing.

In the car industry’s infancy, any mechanically inclined person with a hammer and shed could cobble together a horseless carriage, etch their surname on the back and call it a day. Crash testing? Manufacturing standards? No such thing.

Most gearheads and historians recognize Karl Benz as being widely credited with inventing the automobile in 1886. Let’s rewind that tape a bit, though, because 19 years prior to that date, a Canadian inventor named Henry Seth Taylor strapped a vertical coal boiler to a wagon-wheeled carriage, drove it around the Eastern Townships of Quebec, and promoted it at events in Quebec and Vermont. The Taylor Steam Buggy, while innovative, was not a total success. During its inaugural display at the Stanstead Fair in Quebec, a steam hose burst, bringing the vehicle to a halt. Taylor repaired the machine but ran it off the road about a year later, causing the nation’s first car crash. By all accounts, it wasn’t equipped with brakes. 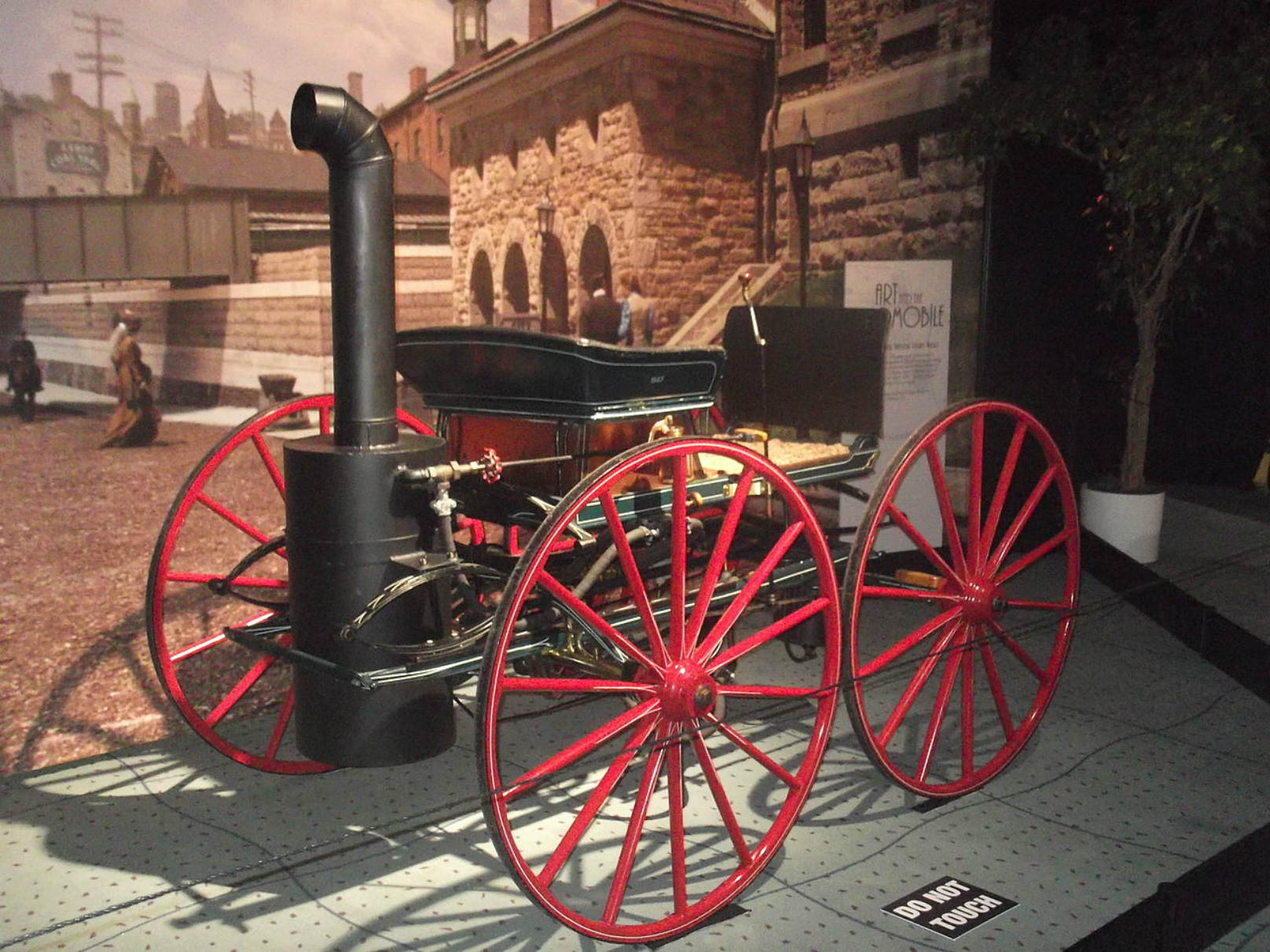 In 1899, Nelson and Milton Good formed the Le Roy Manufacturing Company. Their vehicle carried two people (one driver and one passenger) and is said to have been the first gas-powered automobile manufactured in quantities for sale in Canada. 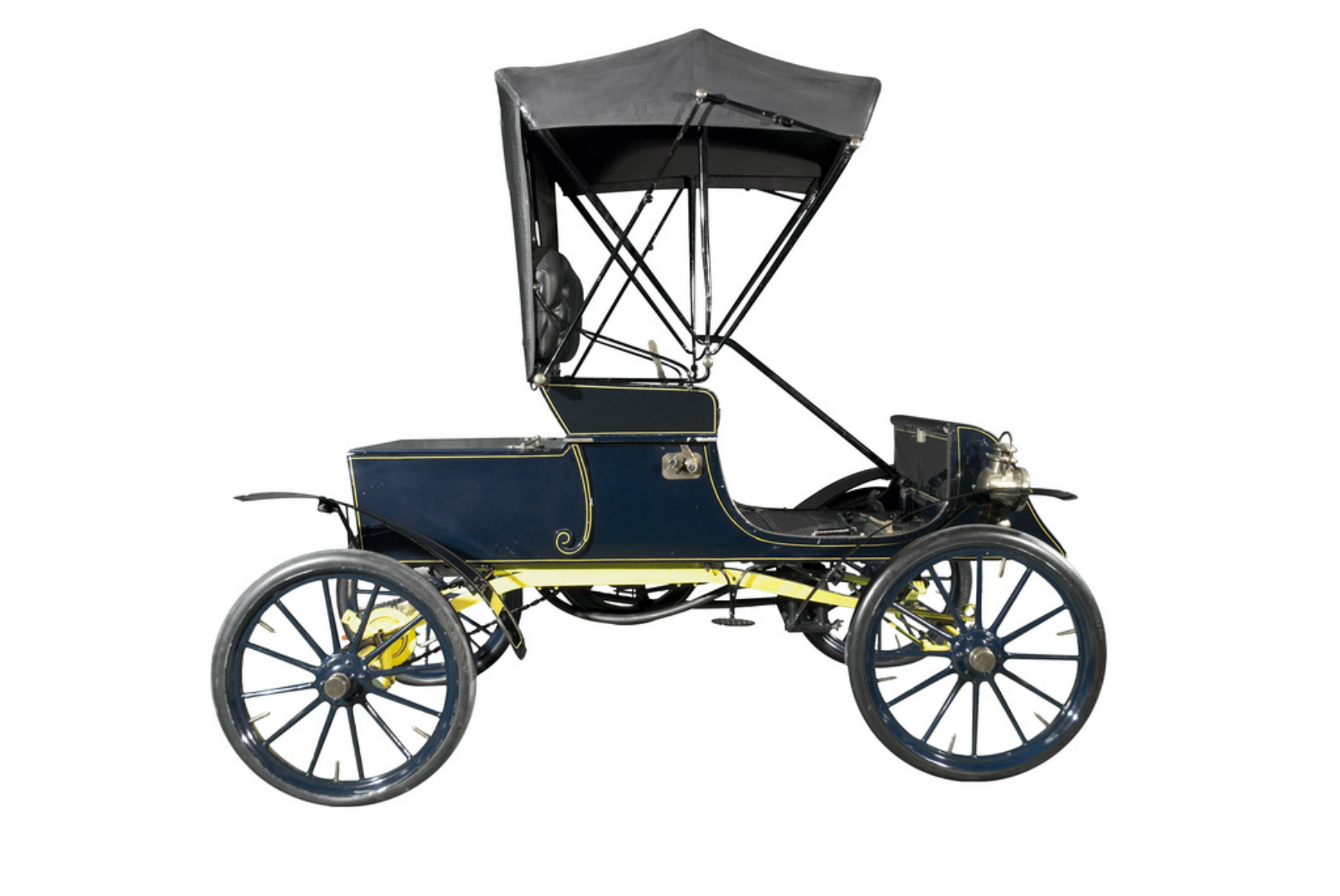 The brothers purchased an Oldsmobile and, studying it for the basis of their car, converted an American Mobile steam car into a single-cylinder, gasoline-fed automobile. Like the Taylor Steam Buggy, the Le Roy had no traditional braking system and the company was out of business by 1907. 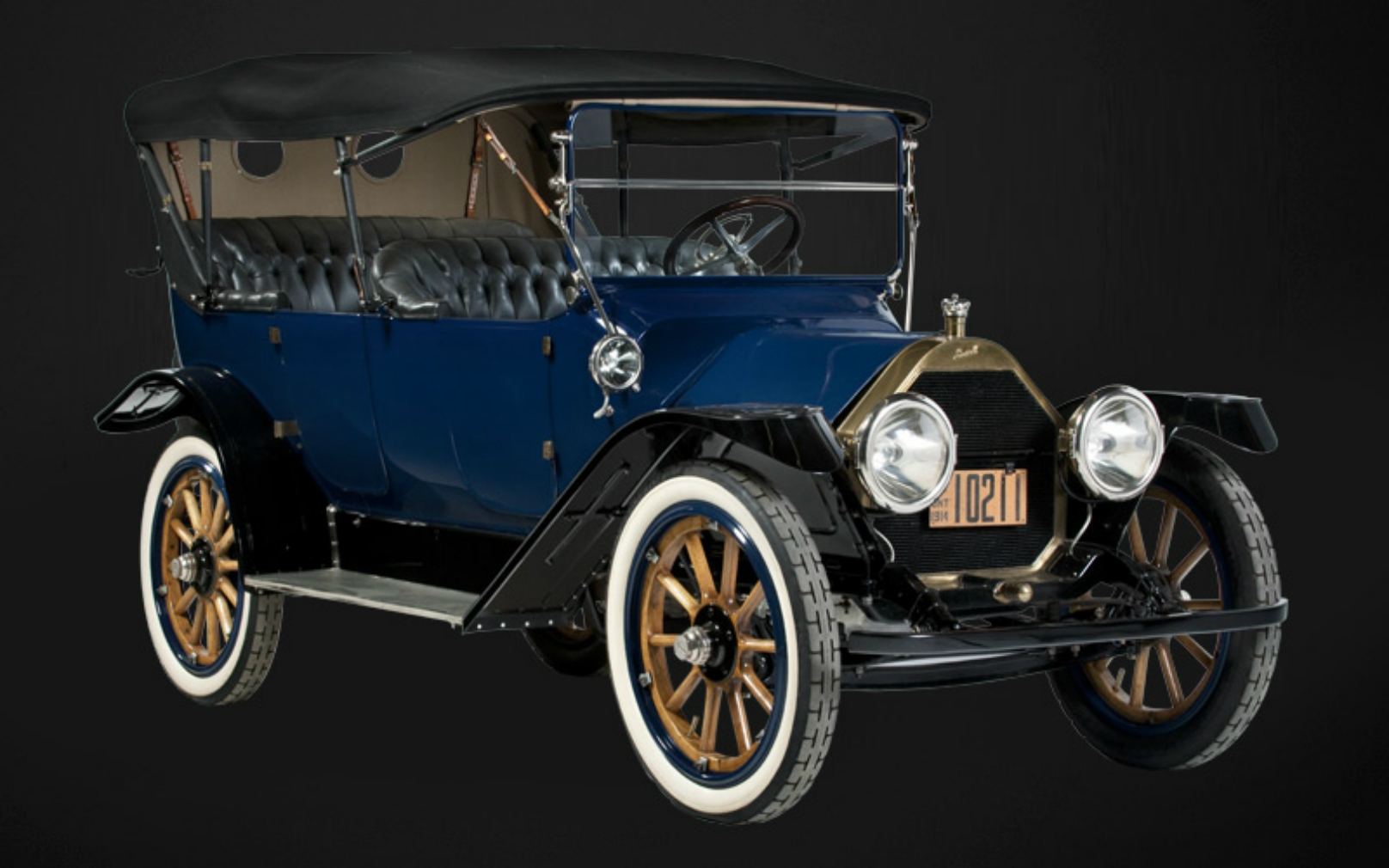 Most Canadians have never heard of those manufacturers, but chances are good they’ve heard of our next builder of Canuck cars … or at least their parent company. CCM (that’s right, the same company who makes Sidney Crosby’s hockey stick and your kid’s bike) once had an automobile division. The Russell Motor Car Company designed and built high-end automobiles in Toronto starting in 1905. Touted as the “thoroughly Canadian car” thanks to Maple Leaf material, labour, and capital, Russell developed a reputation for well-engineered and solidly built cars, allowing them to focus on the upper-end of a burgeoning automobile market. Production shifted to war efforts in 1914, and the company was sold to American interests a couple of years later. 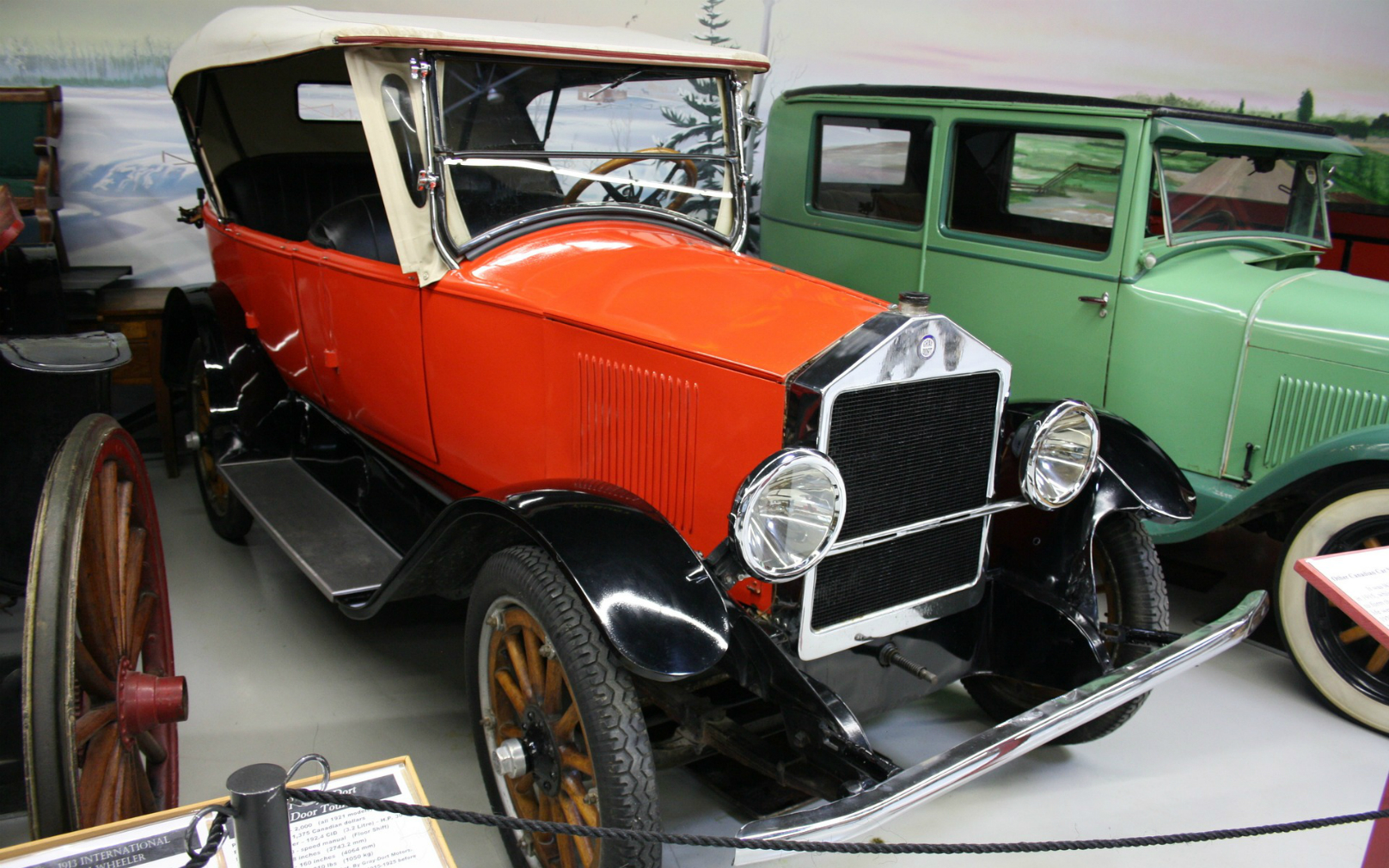 In 1915, Robert Gray met with J. Dallas Dort, founder of the Dort Motor Co. in Michigan, to secure the Canadian rights to manufacture the Dort Automobile in the great white north. That year, the company Gray-Dort was formed. Producing two cars the first year, a Model 4 roadster and a Model 5 touring car, Gray-Dort became known over the years for their cars of reliable quality, which started easily in all weather conditions. By the year 1919, Gray-Dort offered three different body styles in their model range – a convertible touring car, plus a coupe and sedan. According to an ad in the Montreal Gazette at the time, motorists could stroll into Comet Motors on University Street in Montreal and drive away with a Touring Sedan for the princely sum of $1245 (that’s about $17,000 in 2017 dollars, by the way). 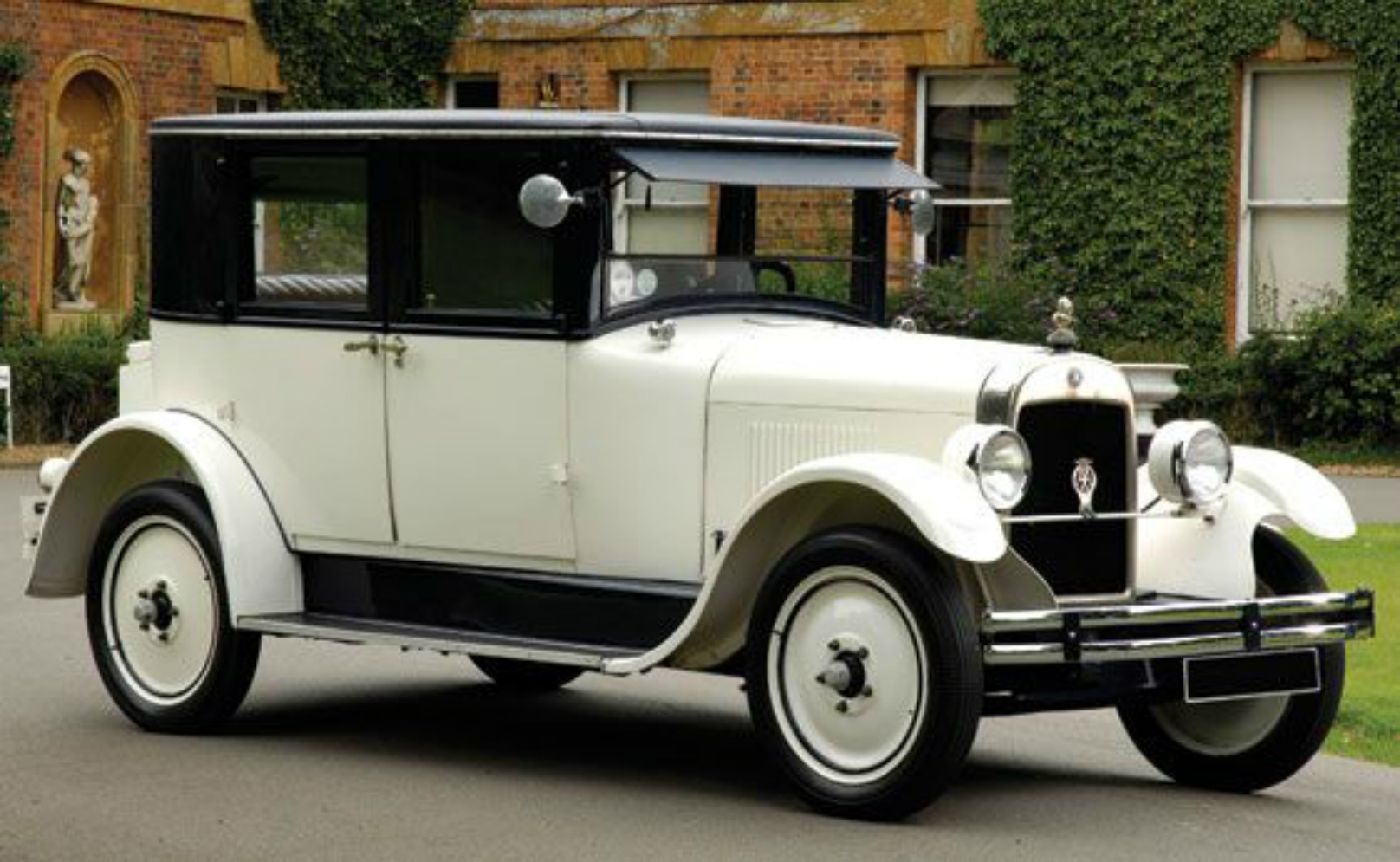 Finding the automobile business successful but stressful, the American head of the Dort Motor Co. decided he wanted to leave the car racket in the early 1920’s, and his Canadian partner could not convince him otherwise. After Mr. Dort’s death a few months after his exit from the car biz, the Canadian company found their easy access to sources of engineering and mechanical parts abruptly shut, the company began to lose money and was eventually liquidated. 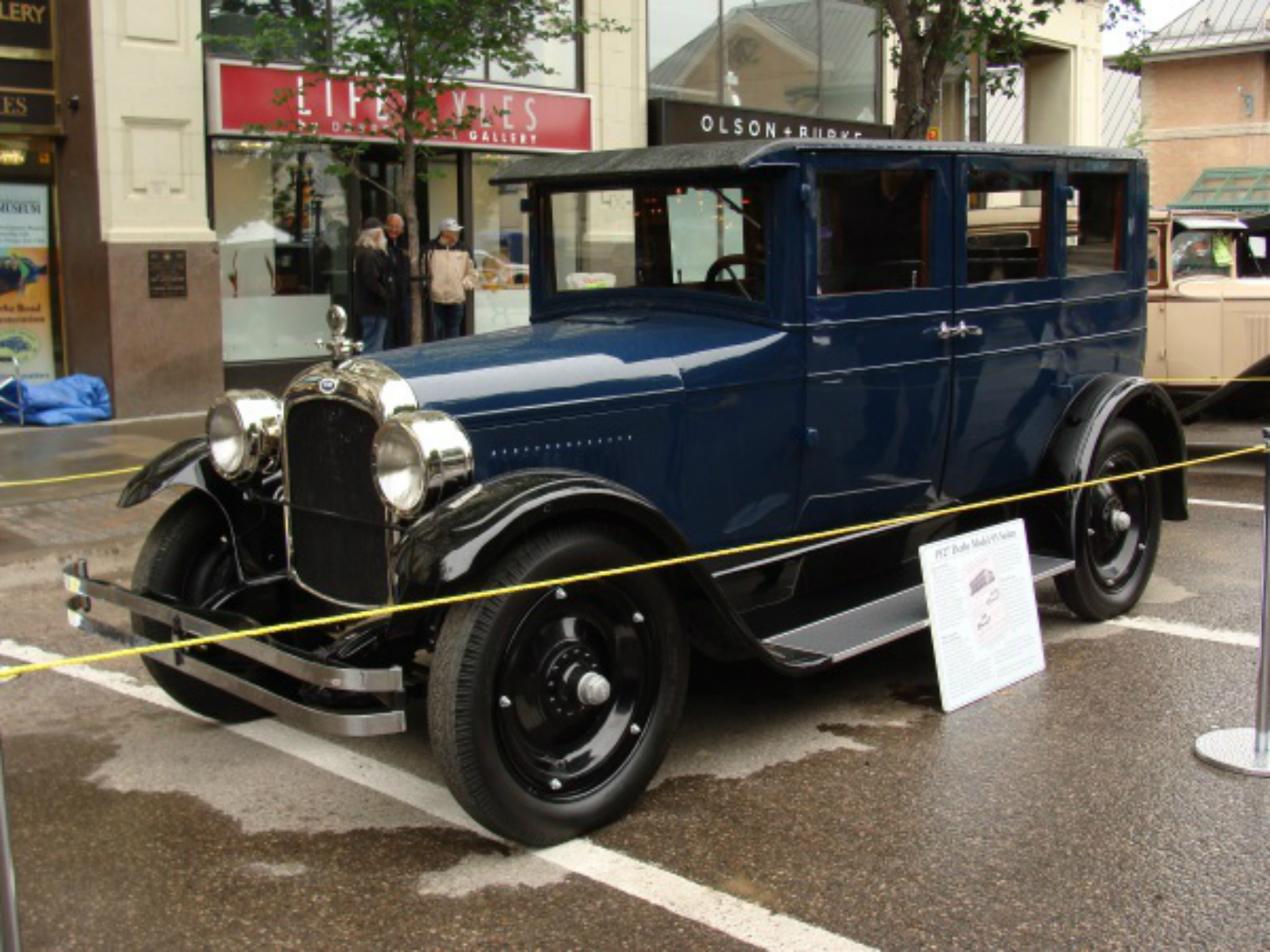 Not all early-century Canadian automobile companies were located in the Golden Horseshoe. About 100 years ago, Saskatoon-based Derby Motor Cars cranked out versions of cars made by the Davis Motor Company located in Indiana. Derby’s plan was to import completed or partially-completed (the level of import varies depending on the source) Davis cars, fit them with a few Canadian-specific parts, and sell them for about $1750 to drivers in our great Prairie provinces.

Compared to the source vehicle, Derby cars had different radiators guaranteed not to burst in the frigid Prairie winters and, allegedly, different tires more suited to winter conditions. Derby Motor Cars also shaved off the Davis nameplates and replaced them with some of their own. Records are sketchy but it is suggested fewer than forty Derby cars were produced, at which time the company seemed to quickly close up shop and skip town. The Derby facility was converted into a meat packing plant.

Not all Canadian-specific cars were built in Canada but more than a few were designed with the Canadian market in mind, one of the most interesting of which was the Newfoundland Buick.

From Carriages to Cars: The Early Canadian Automotive Industry 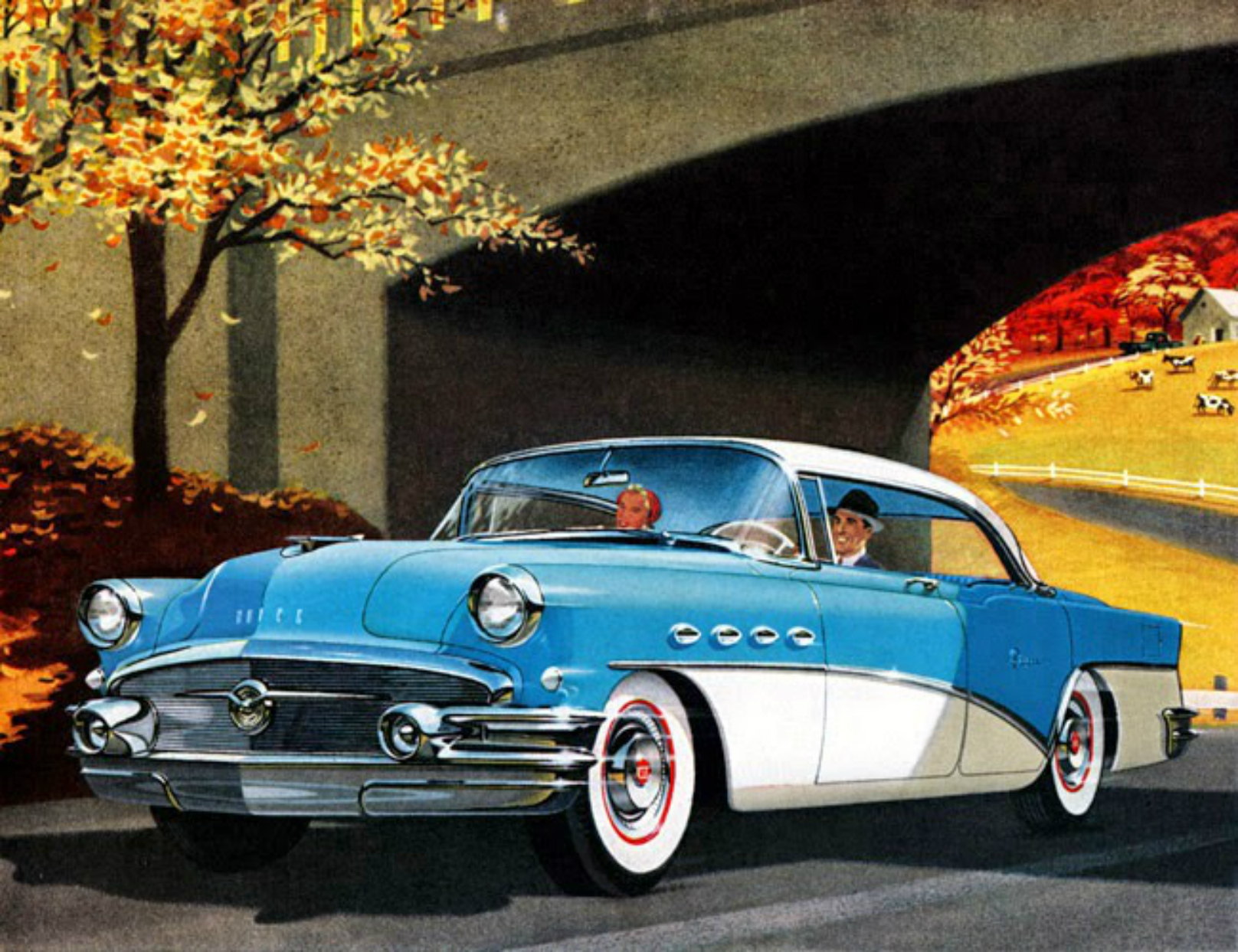 In the 1950s, most roads in Newfoundland were unpaved, rocky, and rough. There certainly wasn’t a completed stretch of highway connecting one end of the province to the other. In the capital city of St. John’s, a prominent dealership named Terra Nova Motors (which still exists today) sold a variety of brands – mostly GM marques – including, of course, Buick.

Buicks initially sold well on the island but sales plateaued in the mid-‘50s, thanks to earning a reputation as wonderfully plush and stylish cars unable to weather the demands of rough Newfoundland roads. At the behest of Terra Nova’s dealer principal, GM flew a duo of Buick engineers to Newfoundland and were promptly taken on a 180 kilometer journey from their arrival point to the capital city. 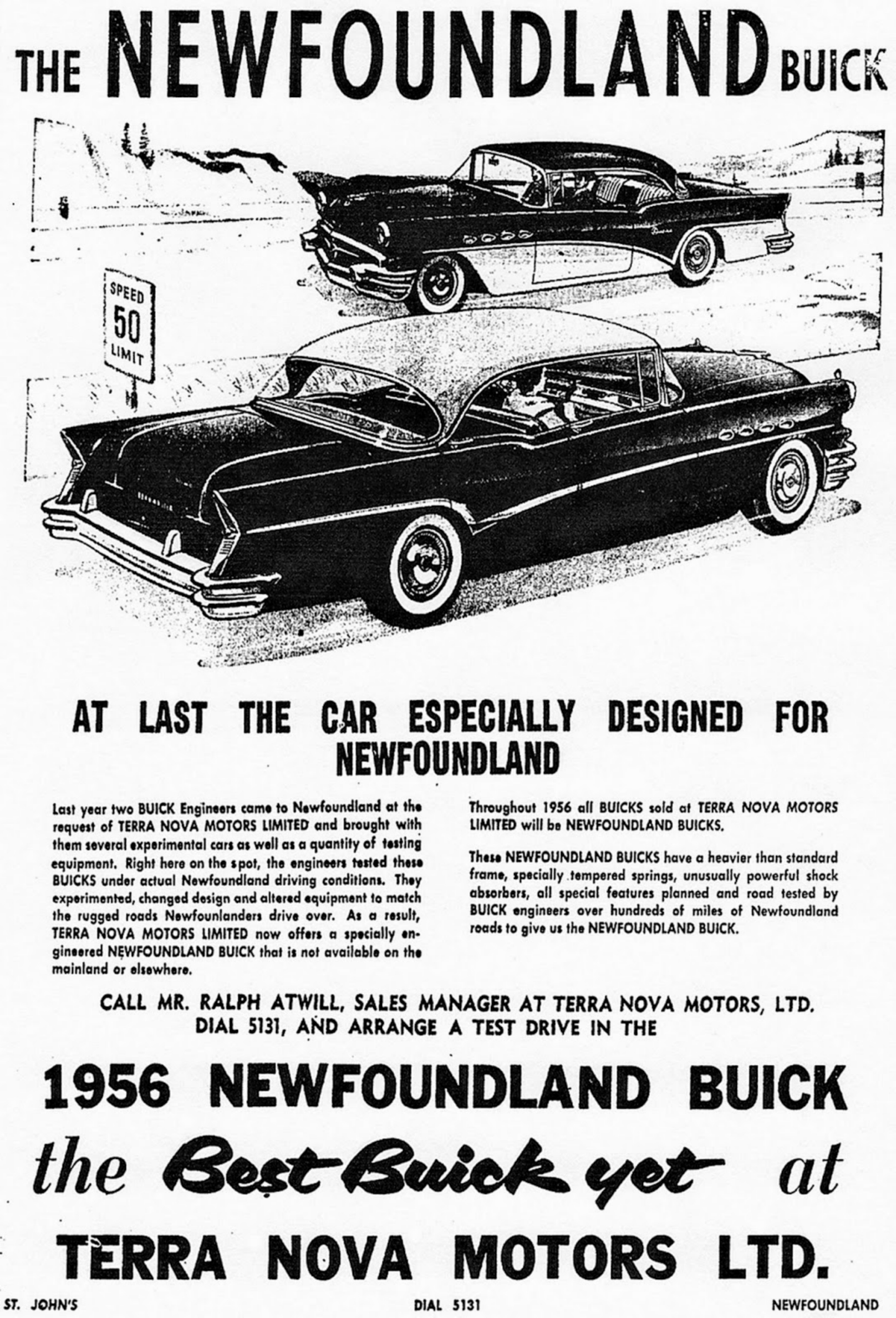 The Buick engineers were aghast. Their beautiful car was essentially uncontrollable on the bumpy and jagged highway. By all accounts, wheels pogoed up and down as the suspension flopped about like a freshly caught codfish. Cementing the problem were the number of Buicks suffering broken frames after just a short time on Newfoundland soil.

Determined to solve the problem and repair Buick’s tarnished image, the GM engineers went back to Michigan and set to work developing a heavier than standard frame, specially tempered springs, and abnormally powerful shock absorbers. The changes worked, leading Buick to provide Terra Nova Motors with a few years’ worth of its opulent and newly stout two and four-door hardtop convertibles.

But no article about Canadian manufacturers is complete without mentioning modern cars developed in Canada such as the stunning HTT Pléthore. Introduced ten years ago at the Montreal Auto Show, it featured a supercharged 6.2L V8 lifted from the Corvette ZR1. Deploying the fantastically light material of carbon fibre for its chassis and body, HTT boasted its Pléthore would weigh less than 1100kg.

While HTT’s Facebook page has gone dark and their website simply promises new content “coming soon”, it is nevertheless hugely encouraging to learn of innovative Canadians trying to beat Ferrari and Lamborghini at their own game. After all, Horacio Pagani was once just an upstart Italian who took seven years to create the Zonda. Now, he’s mentioned in the same breath as some of the automotive greats.

Proudly Manufacturing for the Global Market

Canada is also home to several manufacturing plants for the world’s automotive giants. In Alliston, Ontario, Honda employs about 4000 full-time and contract staff to build its massively popular Civic and CR-V. Recently committing to investing nearly half a billion dollars (billion, with a b) into the 450 acre campus, the facility has the capacity to annually build 390,000 units. Nearly 8000 Canadians also build the best-selling Corolla and RAV4 at two Toyota plants in Ontario. One of these facilities holds the distinction of being the first plant outside of Japan being permitted to produce a Lexus brand vehicle.

Not far away, Brampton Assembly has hammered together large Dodge and Chrysler sedans for decades, currently churning out the brutish Chrysler 300, Dodge Charger, and Dodge Challenger. Three hours away in Windsor, Ontario, another Chrysler plant operates around the clock making the Grand Caravan and Pacifica minivans. Their production capacity of 1426 vehicles per day mean that this plant is capable of churning out a new family hauler at the rate of nearly one a minute. Between them, the two plants employ nearly 10,000 people.

Detroit rivals GM and Ford also employ Canadians to build certain models in their lineup. In Oakville, over 3000 employees build SUVs for the Blue Oval in an enormous plant easily seen from the QEW. The General chooses to assemble sedans in the Great White North, as its Oshawa facility makes four-door vehicles with Buick, Chevy, and Cadillac badges. This plant has always made four-door GM family cars, all the way back to the late-1950’s. GM’s popular SUV duo of Chevy Equinox and GMC Terrain are built in a different Ontario plant, employing even more Canadians. It’s been recently reported that the massively important Silverado pickup truck will soon be shipped to the Oshawa plant for final assembly, adding about 500 jobs to the area.

(Fun fact: if you want to show your Canadian pride by buying a vehicle made in Canada, look for a VIN starting with the number ‘2’.)

Canada is a nation of thinkers, inventors, and builders. We’ve got 150 years of heritage as a country and, as a gearhead, I’m glad to say there were plenty of wheels turning in the pages of our history as the fires of creativity fuel our future.