As we roll through the dog days of another long winter, undoubtedly there are many Canadians who are dreaming of being somewhere warm.

Some place where the sun shines just about everyday and you don’t need to cover every square inch of exposed skin to protect against frostbite. A place where you can just get up and go without bundling up as if you’re on an expedition to the North Pole.

For many of us, myself included, that warm and sunny place is California. Southern California to be precise. Not only is the weather glorious there year-round, but if you’re into cars and car culture, there is no better place to be in North America, or perhaps the world.

One of the more famous car culture attractions in Southern California is the Petersen Automotive Museum in Los Angeles. Founded by magazine publisher Robert E. Petersen and his wife Margie in 1994, it is one of the world’s largest automotive museums with more than 100 cars on display in its 25 galleries.

The cars on display span more than 100 years of automotive history, featuring everything from a 1967 Ford GT40 Mark III, to the 1981 DeLorean Time Machine from Back to the Future and the 1989 Batmobile. Currently, a special exhibit about the rise of Porsche after World War II, called The Porsche Effect is on display now and runs through April 15.

And to give attendees of the Canadian International AutoShow a taste of California’s car culture, the Petersen Museum has sent several of its cars north to Toronto. These lowrider hotrods are an integral part of the Southern California car culture that was born and bred on the streets of L.A. 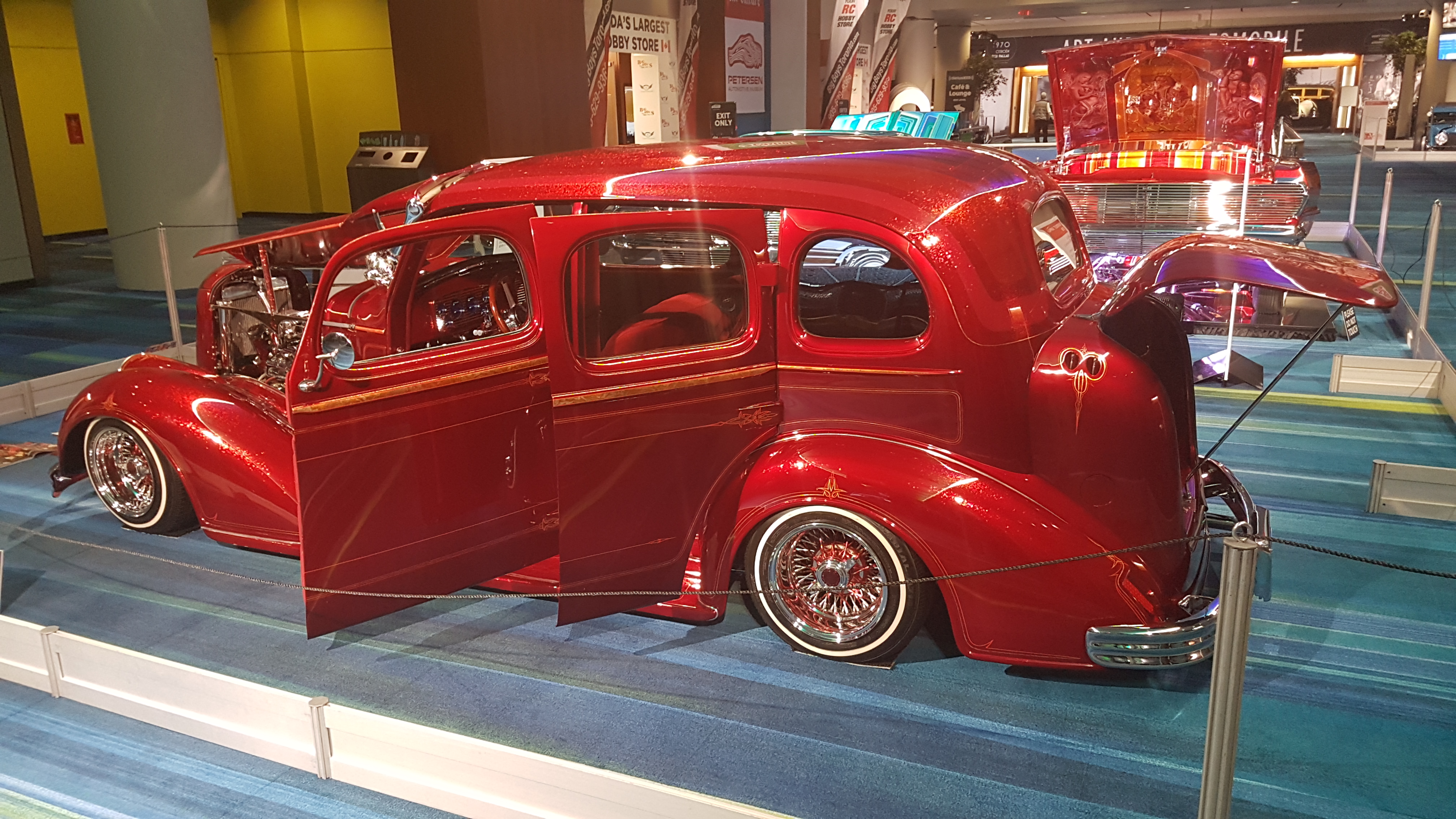 Built by Mario de Alba Sr., owner of De Alba Auto Works in Pomona, California, this 1936 Chevrolet Master Deluxe – named El Padrote (the pimp) – won the 2011 Bomb of the Year award, which is a top award for custom cars in the U.S. The El Padrote is powered by a Chevy 350 cubic-inch crate engine paired with a 350 Turbo transmission. Owner Mario de Alba Sr. has been building custom cars since 1969 and has won Bomb of the Year previously (1993-1995) with his 1951 Chevy – known as El Corazon (the heart) – a car he still owns. 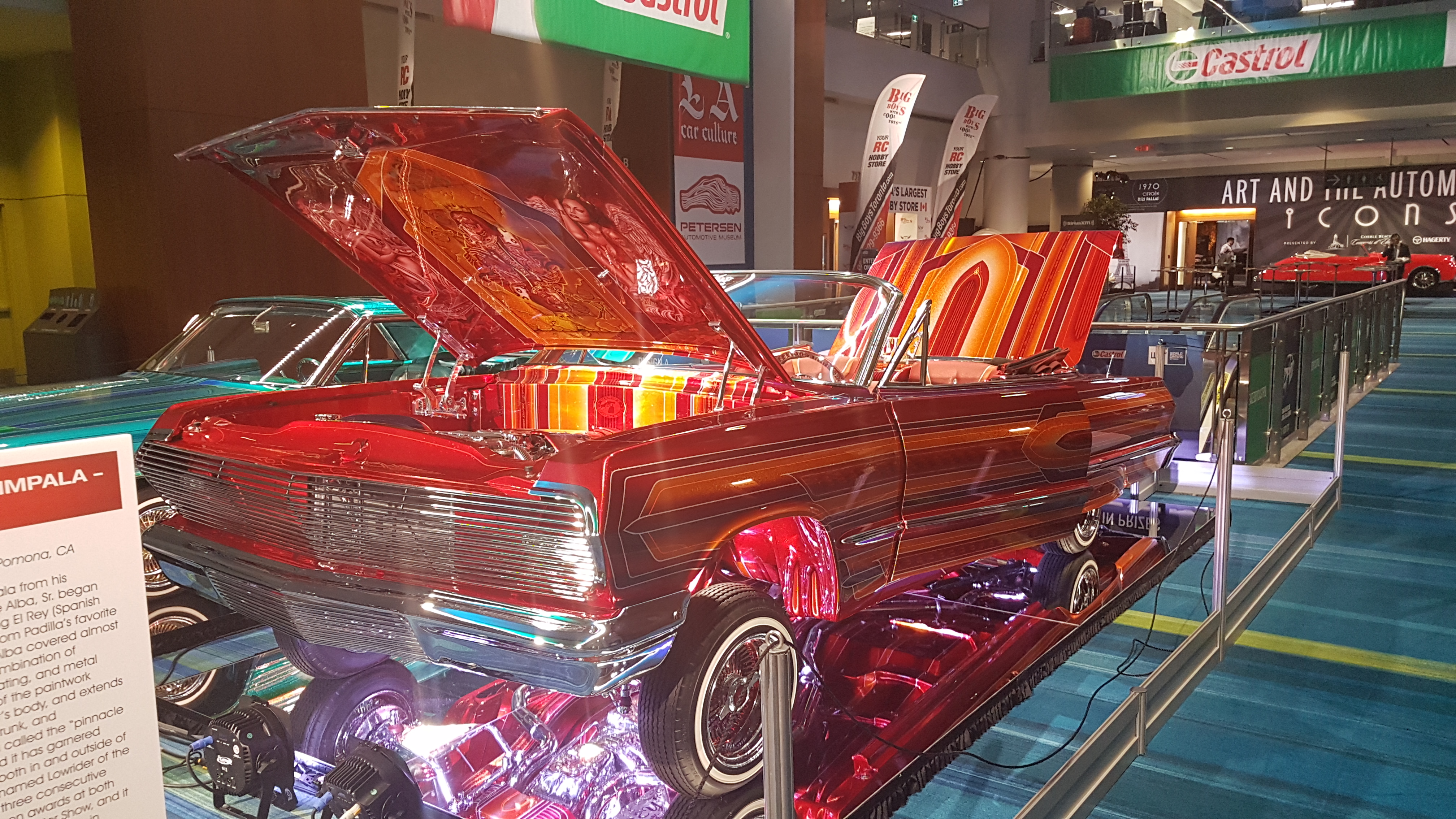 Built over six years by Albert de Alba Sr. of De Alba Auto Works, the El Rey (the king) features custom candy paintwork, chrome plating and metal etching. The car has won numerous awards in recent years, including Lowrider of the Year from Lowrider magazine (2011-2013), along with awards at the SEMA Show and the Grand National Roadster Show. It has also been exhibited at the Essen Motor Show in Germany and the Classic Legends Car Show in Japan. 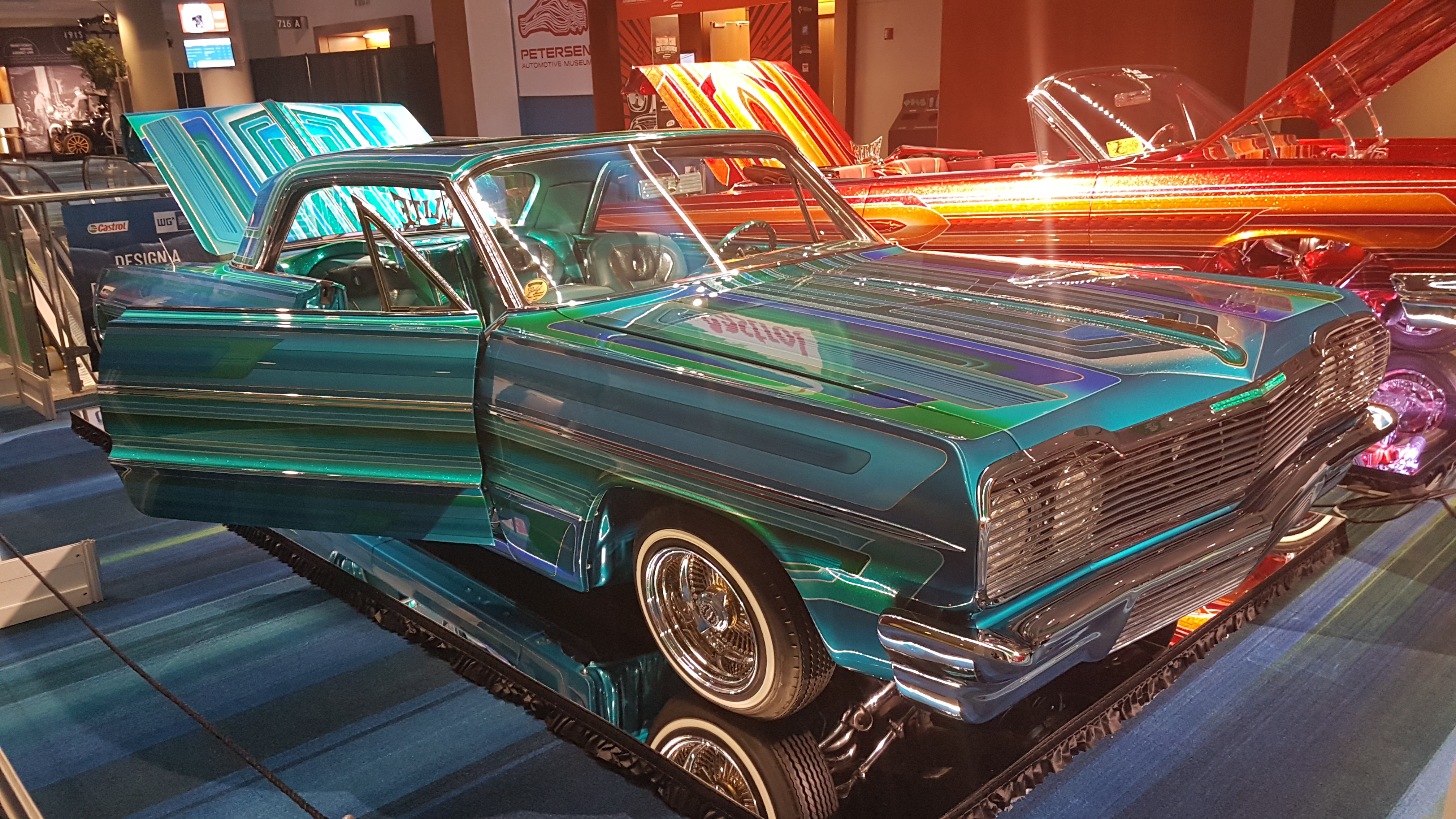 This 1964 Impala took Albert de Alba Jr. of Mario’s Auto Works in Montclair, California roughly 18 months to build. Work was completed in 2015, but de Alba has continued to modify it since. Powered by a small block Chevy 350 cubic-inch engine paired with a GM 700R transmission, The Legacy features 13×7 Galaxy Wire wheels, along with custom paintwork, hydraulics, upholstery and audio. The car was showcased at the 2017 SEMA Show and has won several Best Paint & Interior awards, including the 2017 House of Kolor Prestigious Painter award. 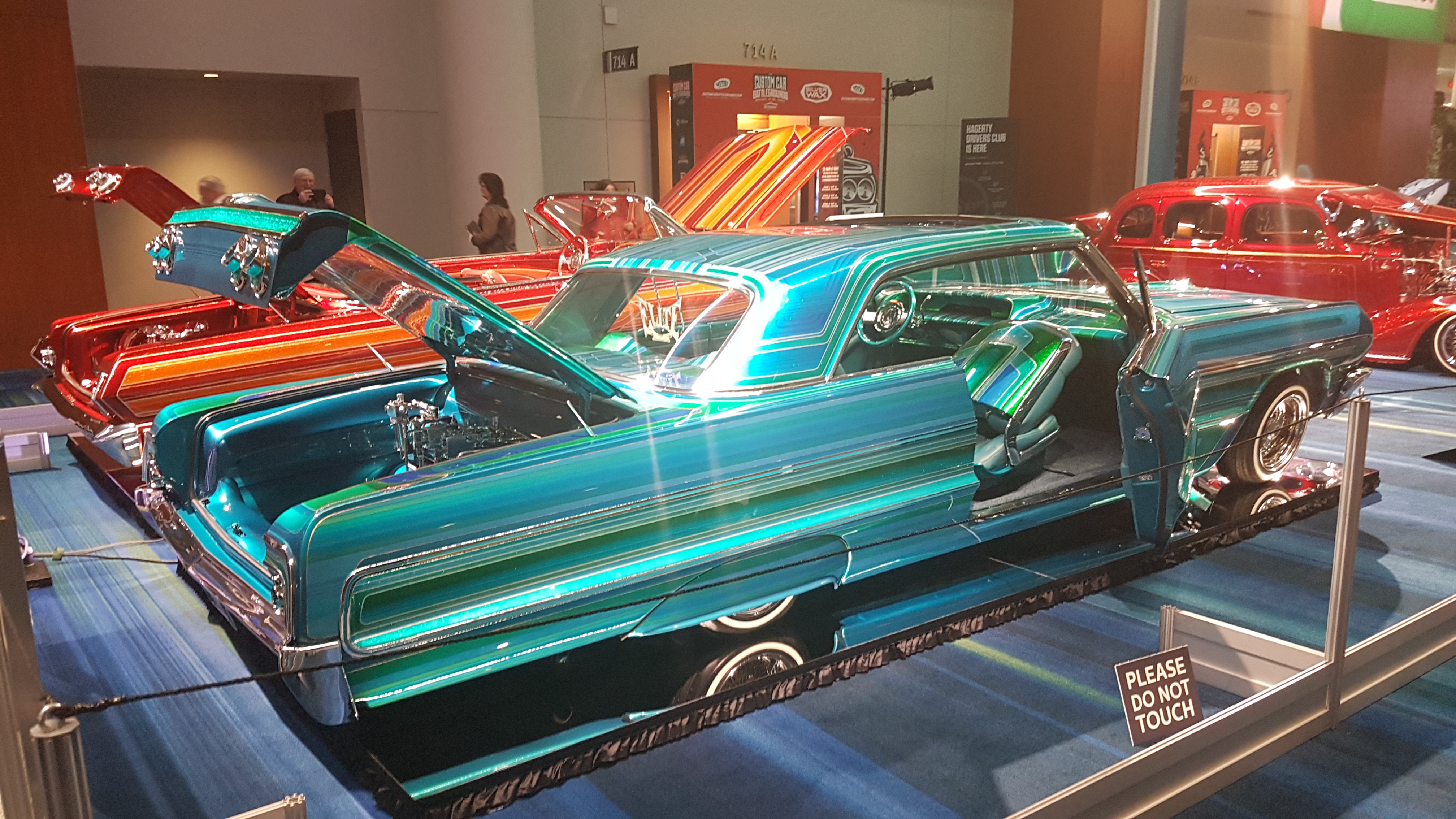 ICONS of an Era: Popular Art & the Automobile at CIAS